You are here: Home / News / Team Australia go one better at this year’s 2019 FIM Trial Des Nations (TdN) held on the Mediterranean Island of Ibiza last weekend!
Back 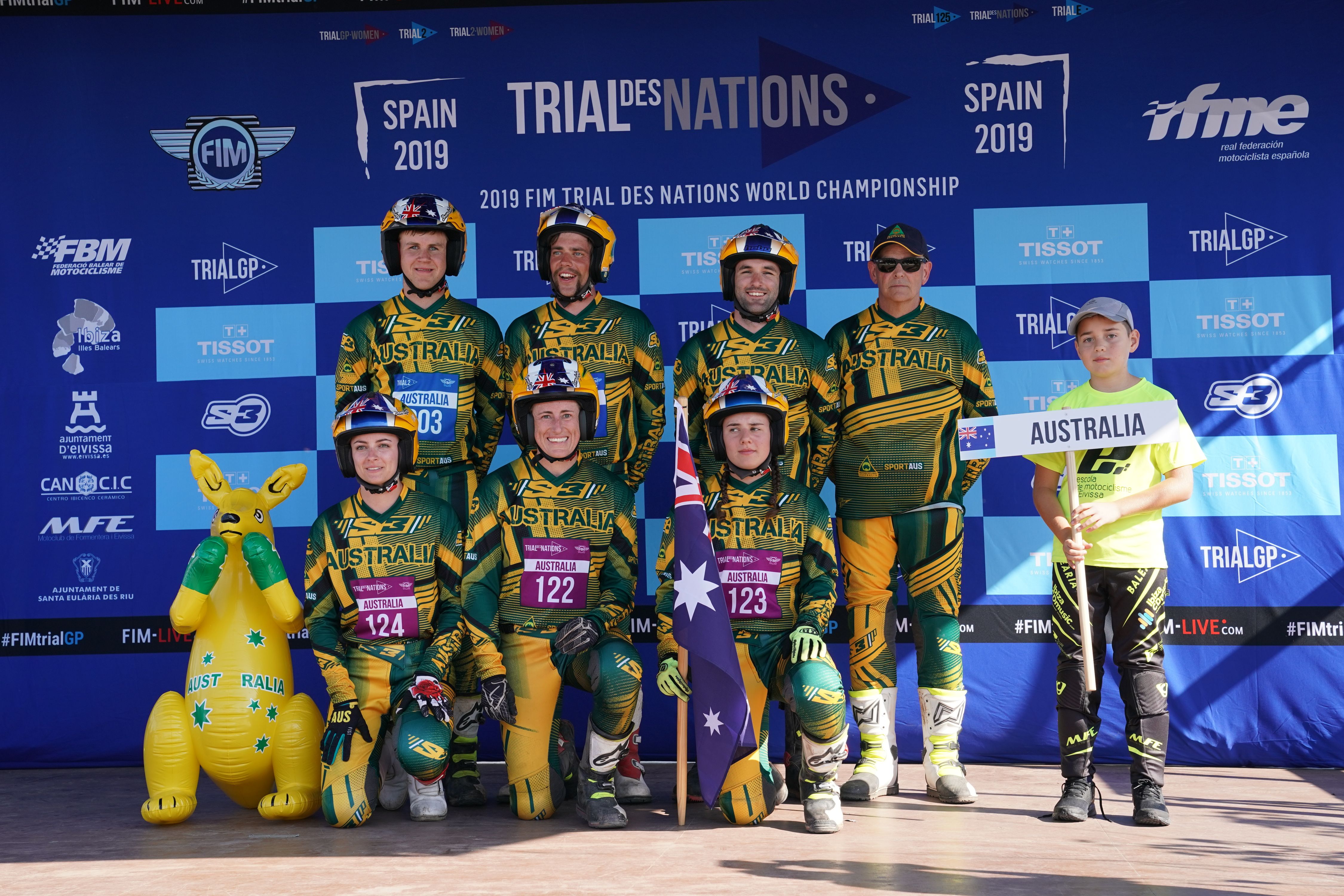 Team Australia arrived in Spain a week early this year ahead of the TdN assisting in their preparation for this year’s event.  All riders (apart from Kristie McKinnon) riding in the final round of the FIM Trial GP before a week of training helping Australia to go into Ibiza strong with the added benefit of the terrain suiting our riders. The backdrop of this year’s TdN was spectacular, with sections right on the ocean across some concrete blocks along with a few other man-made sections. 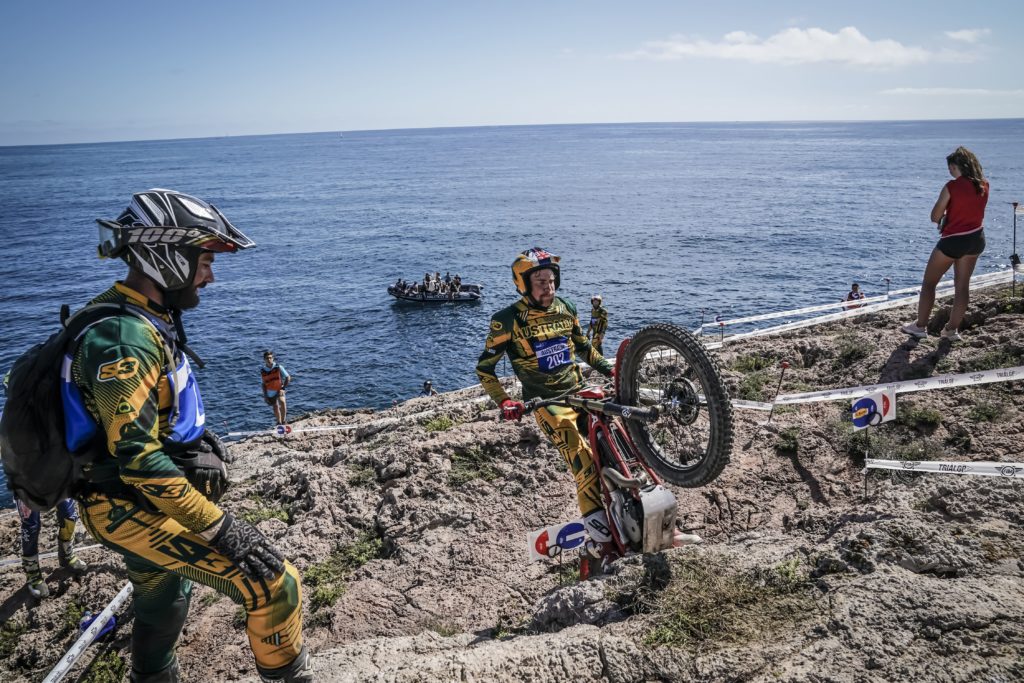 With Kyle Middleton and Connor Hogan riding the qualification round for the men they finished in an impressive fourth place, while Kristie McKinnon and Lillie Yiatrou rode for the Women qualifying in seventh.

After a hard day of riding, the men’s team of Kyle Middleton, Chris Bayles and Connor Hogan finished an impressive fifth place with a total of 18-points in the hotly-contested International Trophy after Germany took the win with a commanding victory over Sweden. 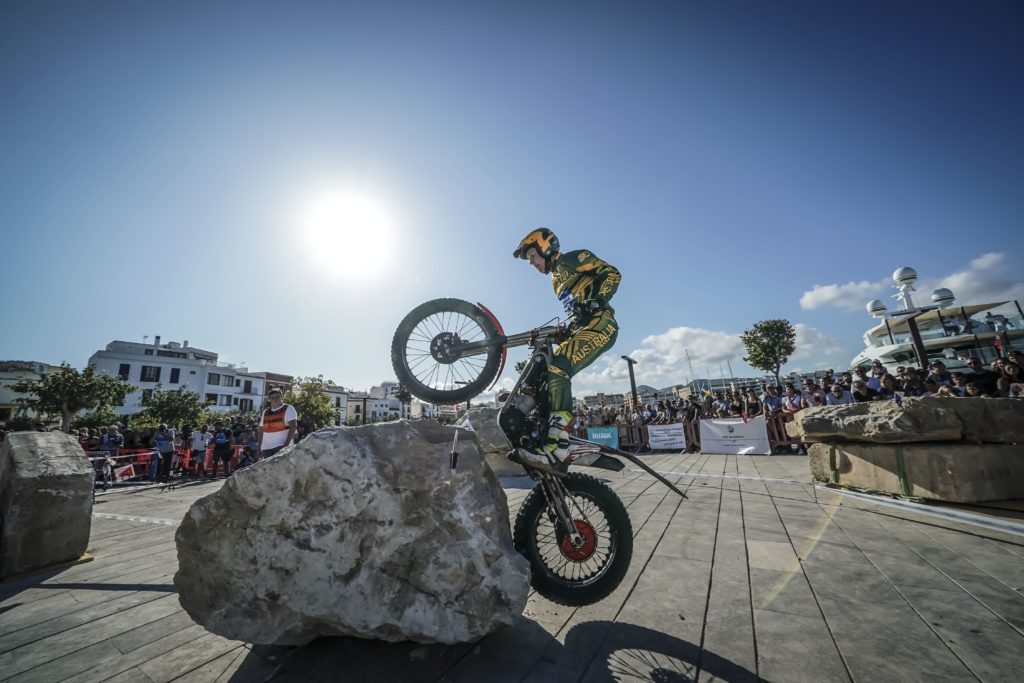 The women’s team of Kristie McKinnon, Lillie Yiatrou and Jenna Lupo scored 101-points to finish a place higher than 2018 in 7th with Spain taking the win ahead of Britain.

“Our team was awesome, aside from probably two sections we were right there which leaves me wishing we could have had another shot at it” “Also a special thanks for all the supporters and sponsors who helped get us here, (including S3 Parts, GRO, Hebo and The Hell Team)” said Middleton.

With both teams happy with the improvements the focus is now on for the 2020 FIM Trial des Nation.

Motorcycling Australia would also like to thank Team Australia Manager – Phil Whittle, along with Team minders, Daniel Fenton, Jacob Whittle Andrew Yiatrou and Tom Scott.  All of whom worked tirelessly and without their help, Team Australia would not be able to compete at the level in which we do.