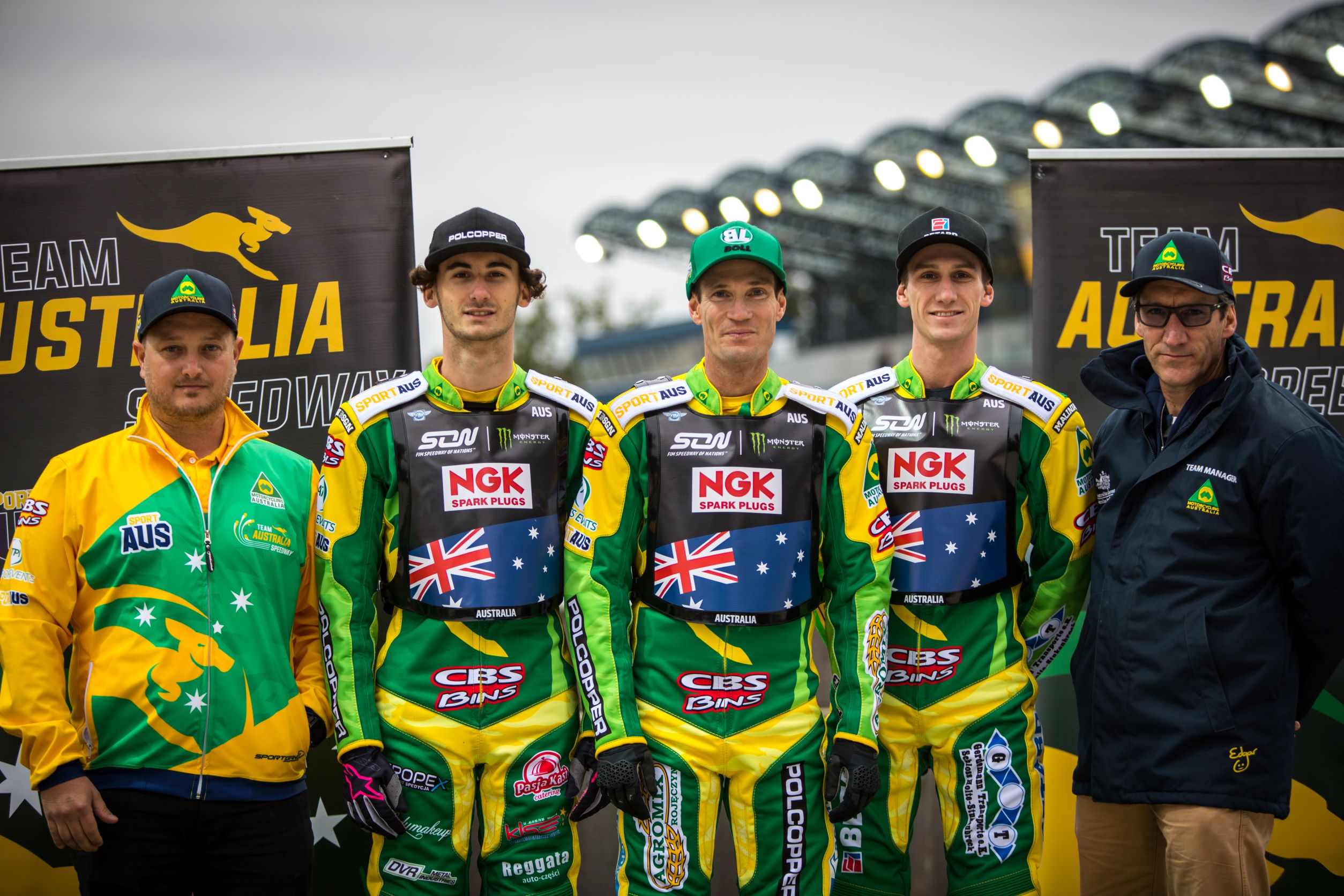 Team Australia this weekend take on the best national speedway teams in the World in the hope to be crowned the 2021 Monster Energy FIM Speedway Of Nations champions in Manchester, England.

Team Australia take on the best in the world this Sunday and Monday morning (Australian time) including Great Britain, Latvia, Poland, Sweden, France and Denmark.

Team Australia’s Semi-Final effort saw them qualify for the Final in Manchester where both Jason Doyle and Max Fricke have previously had success.

Doyle – the Former World Champion and Team Australia Captain – dominated the Semi-Final for Australia and had strong support from Max Fricke.

Doyle scored 23 points from a possible 24, while Fricke added 12 points to ensure the Aussies qualified for the Final.

Team Australia will go into this weekend’s final in Manchester with plenty of confidence with all three riders having had a successful European racing season to date.

Fricke is determined to play his part on a Manchester track where he used to race for the Belle Vue Aces.

“In the past we have done well and got medals – we were third in Togliatti. Jason scored the majority of those points, but I would like to think I have grown into more of an established rider now,” Fricke said.

“Hopefully I can give Jason a bit more of a hand than I have in the past, and especially at a track like Belle Vue.

“We are in a good position. It just depends on the day. There are a lot of strong teams there and a lot of teams who want that top position. It’s going to be a big couple of days.

“Australia has been one of the stronger teams over the last however many years. They are always up there, whether it has been in the World Cup or the Speedway of Nations.

“There is a lot of history of Australia doing well. But we haven’t seen too many gold medals in recent years, so I think we have a good opportunity, going to a track that I know reasonably well.”

While there will be plenty of fans backing the Brits in Manchester, Fricke hopes the Aussies will also get a warm welcome.

“Doyley and I have both done a lot of laps in the UK and hopefully that should help us.

“We get a lot of support from the crowd here as well. Jason and I have ridden for lots of teams in the UK over the years and we appreciate the support we get. Hopefully that little bit of extra support will give us a bit more motivation to go that extra mile.”