The SIBBB is bringing out an amazing number of sidecars this year. What started as an idea to celebrate the 50th Anniversary of the release of the Honda 750/4 morphed into the golden question: “Did you know the first Honda 750 in Australia brought in ahead of the official release was destined for a sidecar motor?”

The 2019 SIBBB will showcase sidecars from a variety of disciplines and coveted eras, with the different eras of development characterized by the era in which they were originally made. With all major components (engines, brakes, wheels) from the specified era, Period 1 is dated up to 1919, Period 2 is dated from 1920 to 1945, and Period 3 from 1946 to 196. These periods feature a signature difference to newer models, with all models including motorcycle wheels, a seated rider and the passenger exiting out in front of the sidecar wheel.

Stand out machinery appearing at the 2019 SIBBB includes: Shane Souter’s two LCR (Louis Christensen Racing – Switzerland) chassis outfits, with one having a 500 2T ATM motor and the other a 1000 Suzuki that he used whilst racing in Europe!

Neville Hazelman’s Yellow Peril is also coming out into the sun this Easter long weekend! This revolutionary 1980’s machine had a 1000 CBX motor, 2-wheel drive and no handlebars!

Hazleman was a Kyabram, Victoria boy who was gifted mechanically and spent time building Honda’s Superbikes. Halzeman enjoyed a spell in Italy at the Belgardia Factory building motors, but returned to Australia, fitting an R1 motor into his own chassis.

Many other Sidecars will be on hand like Doug Chivo’s Period 4 Konig (boat motor) and his Period 5 Norton Rotary! Chivo has been racing for many years on many different sidecars, clocking up many Australian titles. Rob Crass’s LCR Krauser (2 stroke) Barry Ditchburn’s TZ 750 P5 sidecar and his TZ long bike will also feature at this year’s SIBBB, alongside Ken and Barry Horner’s P4 and P5 Vincents! 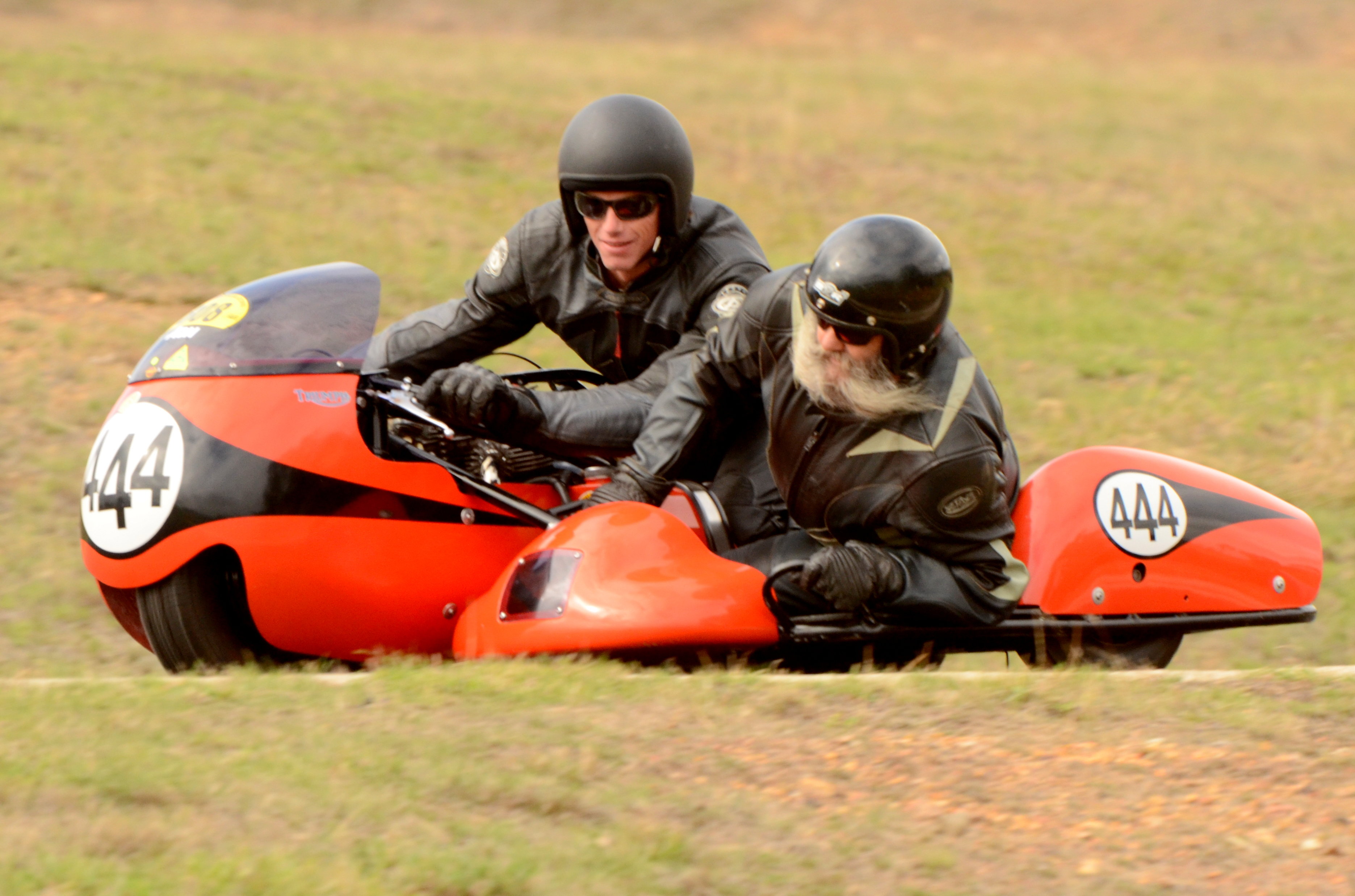 letting your hair down – on your son’s sidecar no less

For all things sidecars, this is an event you do not want to miss!