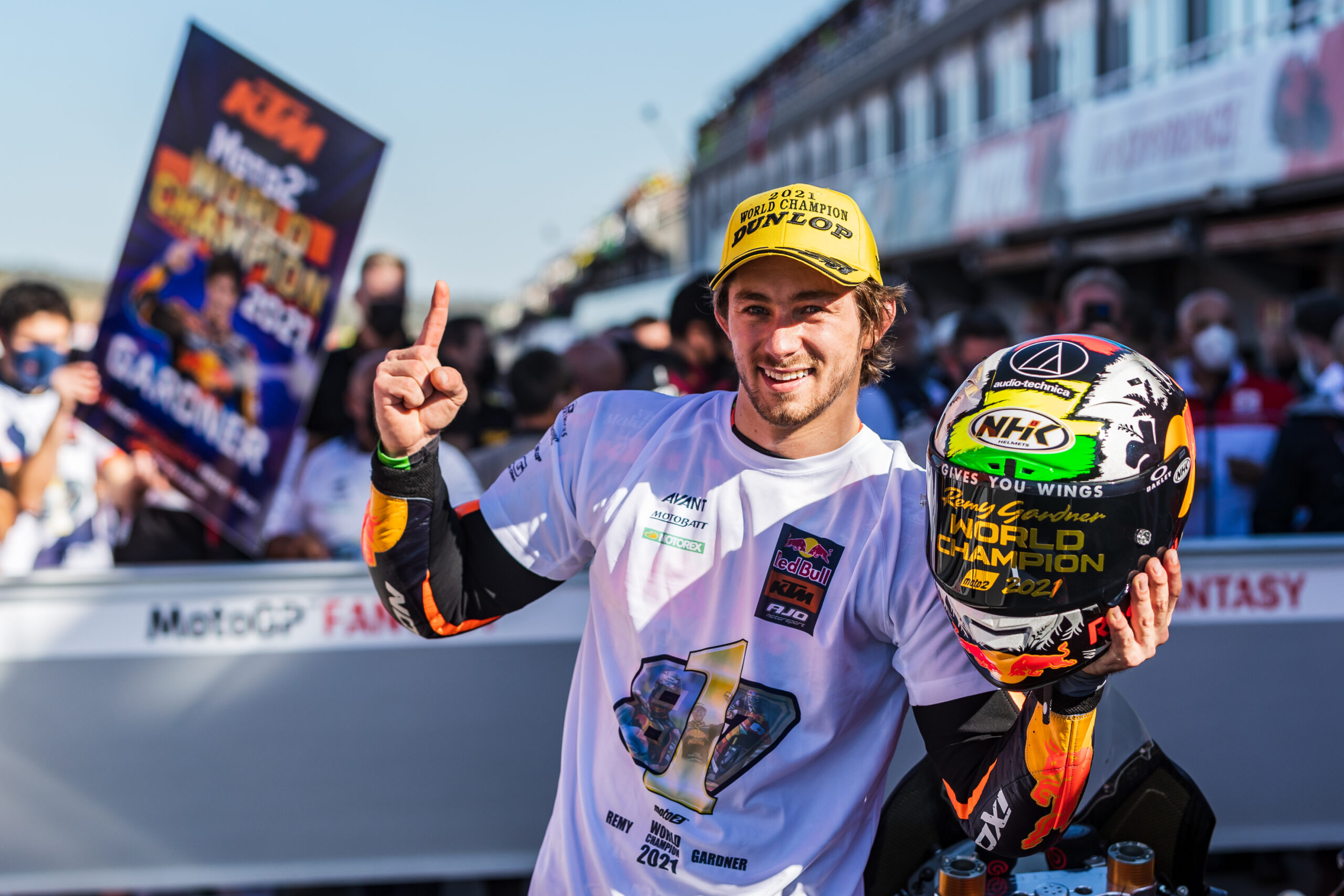 At just 23-yeares-old, Gardner is the 8th youngest rider to clinch the title in Moto2, behind Alex Marquez, and is the second most successful Australian rider in the intermediate class behind Kel Carruthers (7 wins). 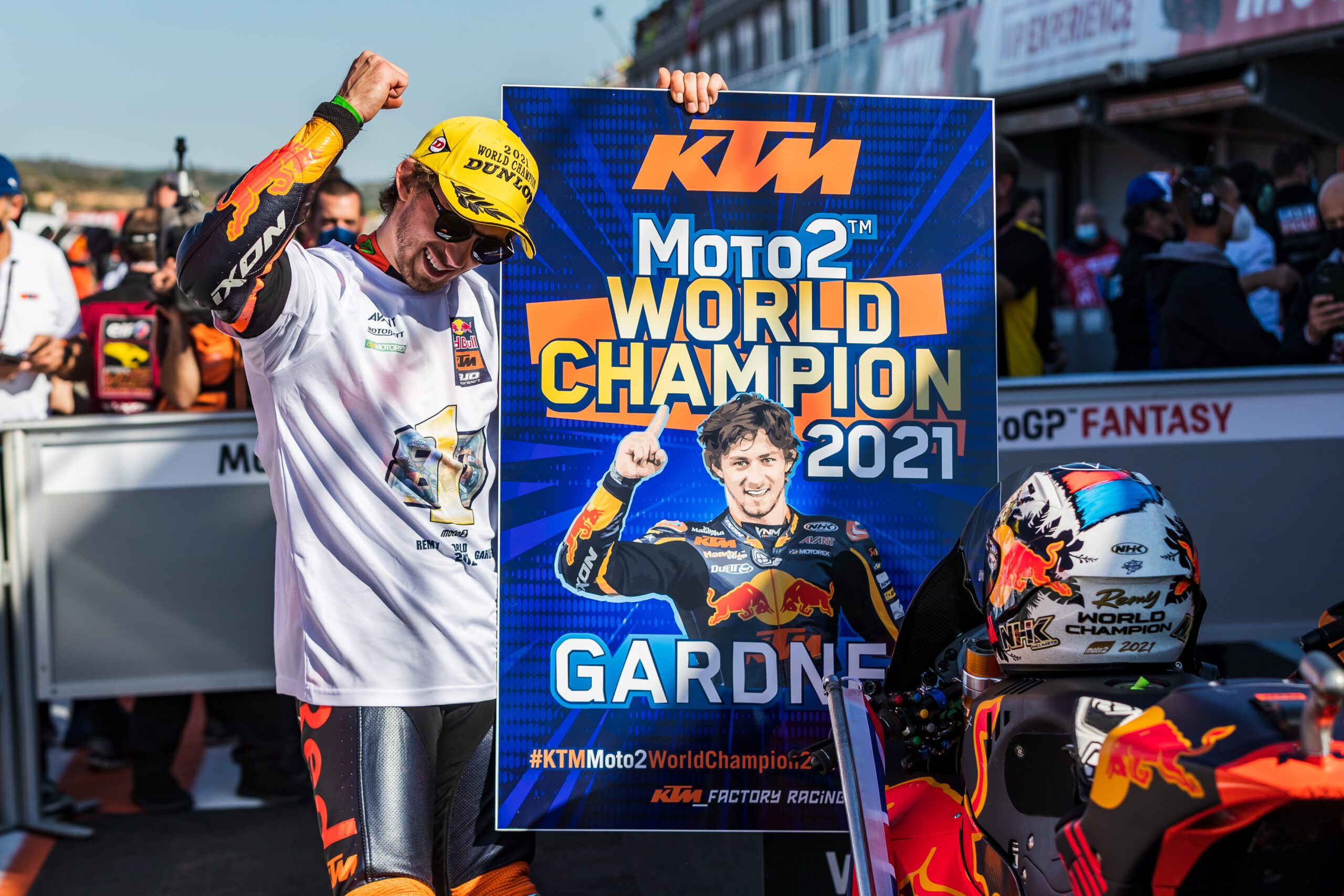 This year Gardner won five races, and scored 12 podium finishes and it came down to the last race of the season for him to be able to clinch the World Championship.

With his team-mate Raul Fernandez taking the victory, Gardner had to finish 13th or better, and despite getting caught up in a number of battles he managed to finish in 10th place securing the World Championship title.

“I’m lost for words,” Gardner said after the race.

“After so many years of suffering and so many points in my career where I thought ‘I’m not good enough, I’m not gonna make it’ we did it.

“This is a dream come true and I want to thank everyone who believed in me when others didn’t. I still cannot believe this has happened. I’m so grateful to be here.

“It’s definitely been an intense season. It’s been an incredible season. So many parc fermes and podiums, incredible moments with the team. 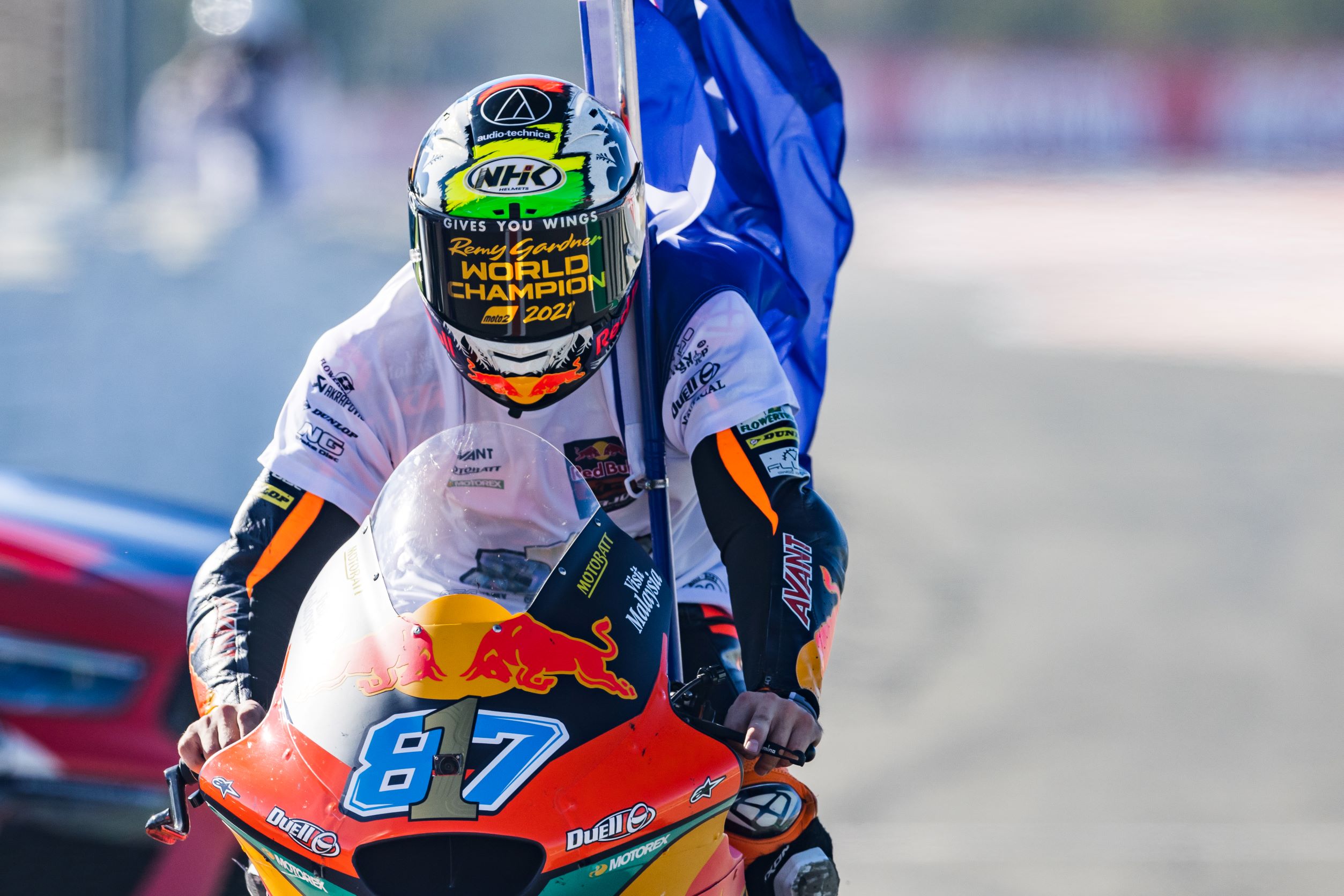 “There were times I’d finish second and think that was a bad day but you have to enjoy every moment. It’s been such an amazing season but intense for sure, especially the last quarter has been really intense, Raul has been so fast, I’ve made a few mistakes and he has too, but consistency was key in the end and the days when I just couldn’t win or he won, it was just about finishing and getting the points I could. Ultimately that’s what got us over the line.

“It hasn’t really sunk in yet to be honest. There have been so many hard years, decent success this year and even last year, I really kind of changed my chip last year and everything started to go a bit better.

“From 2015 to even 2019 they were really, really tough years for me and like I said, there were points in my career I honestly believed that was it, there was no more and that was the end of the road. Especially after injury for sure, fighting through that was incredibly difficult.” 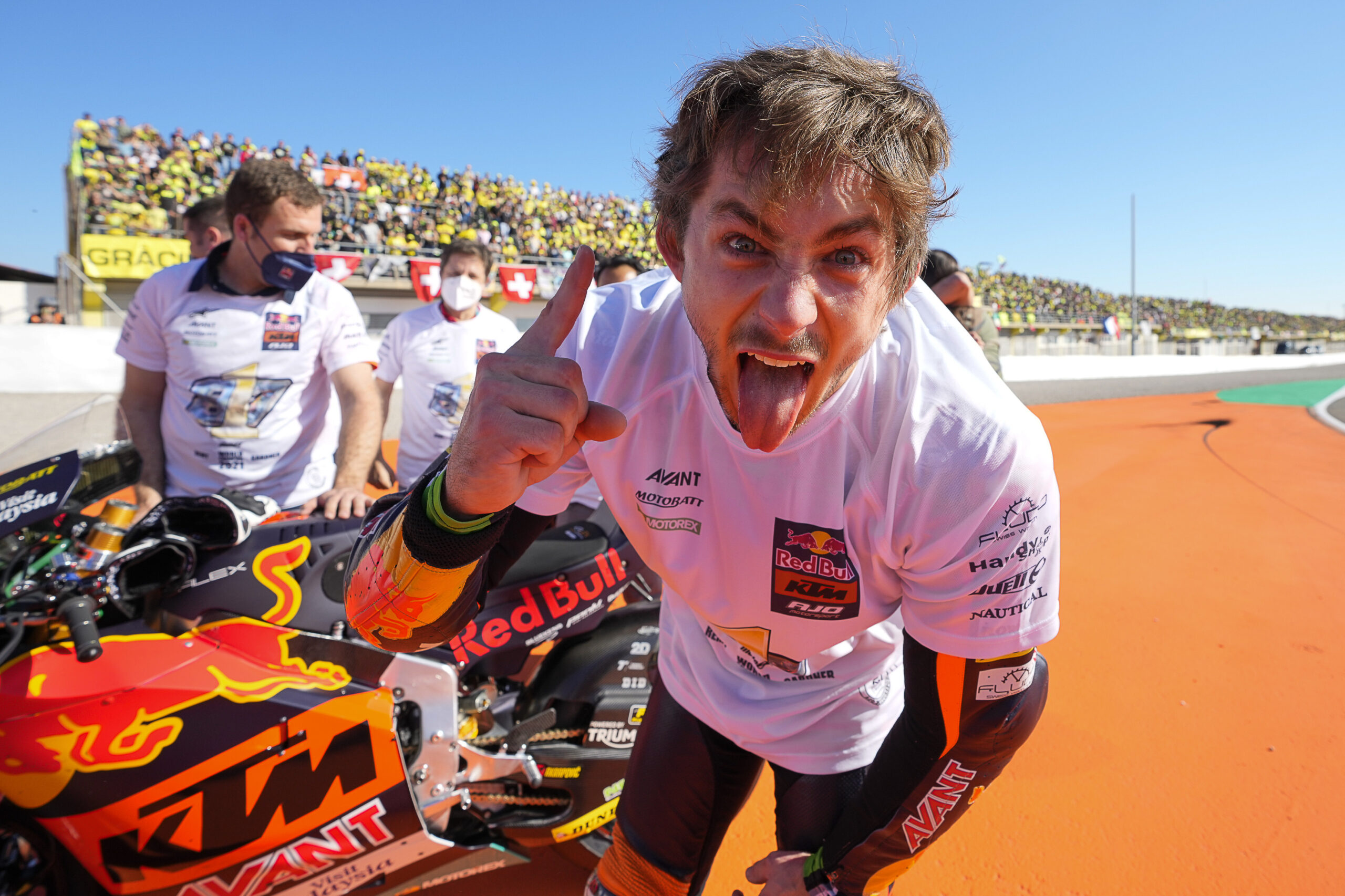