You are here: Home / News / RecoveR8 Junior Trophy Team On The Verge Of World Championship Success at 2019 ISDE Portugal!
Back 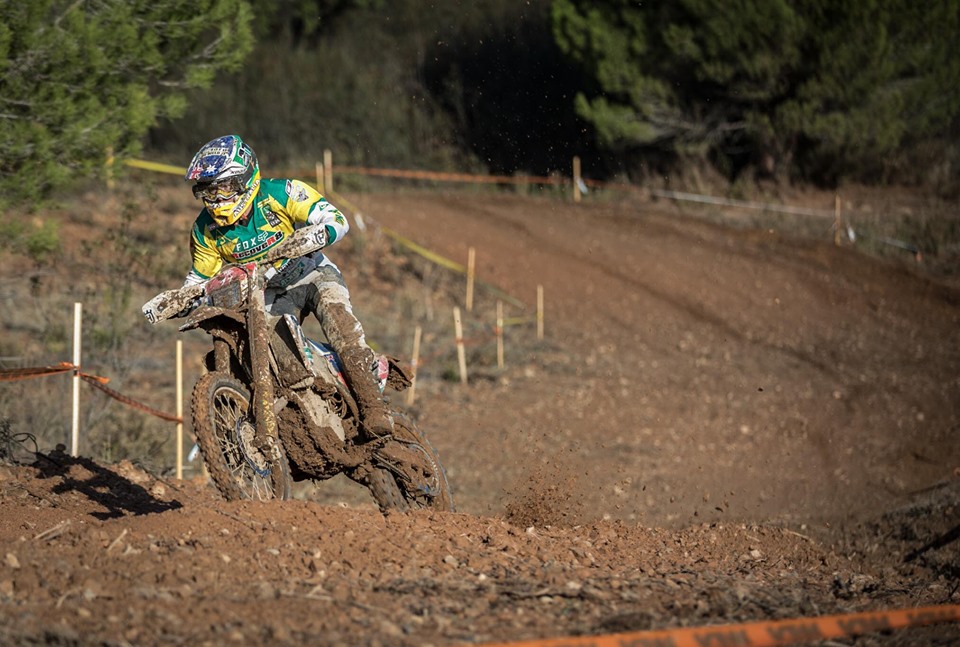 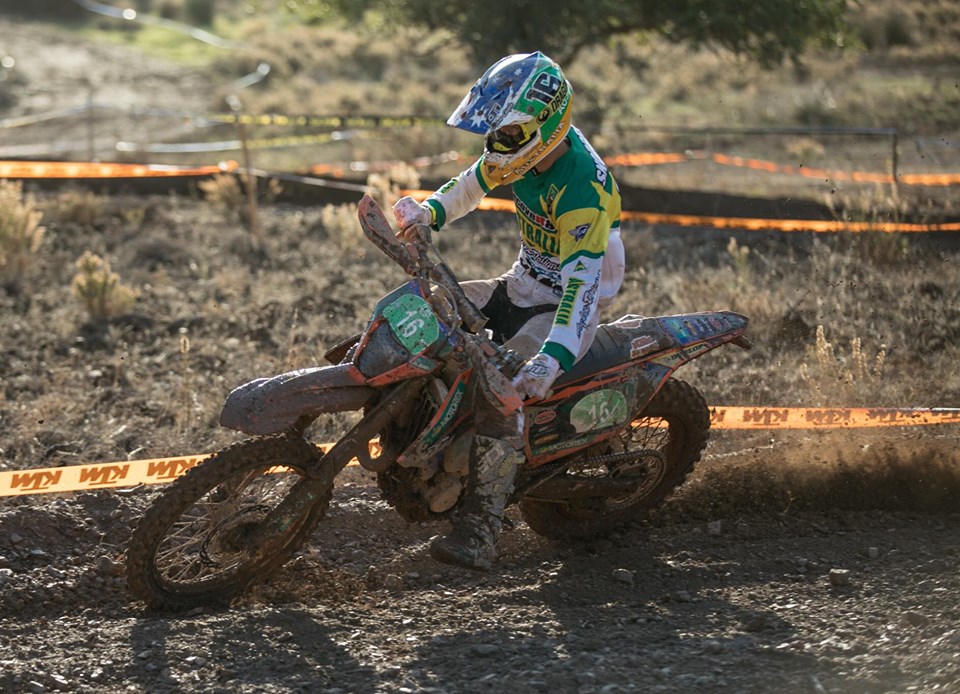 The penultimate day of the 2019 FIM International Six Day Enduro ISDE, is in the books and the RecoveR8 Australian Junior Trophy Team continue to lead the world and are on the verge of World Championship success heading into the final day six tomorrow. Our World Trophy Team, currently in second place, now trailing the USA by a margin of two minutes and two seconds are still in contention for the ISDE crown, however at this stage it will take a major mistake from the USA to give up the lead on the final day. With the unfortunate retirement from the event for Makenzie Tricker on Wednsday and Tayla Jones on Thursday, Jessica Garnder pushes on solo for individual results in the Women’s Trophy.

Day five, the penultimate day of the FIM ISDE, presented the riders with a new course. Crossing the Barocal, which takes place to the south west of the Algarve region travelling two hundred and eighty-five kilometres. With clear but cold weather presenting the riders with drier conditions for the first time in many days, RecoveR8 Team Australia showed more consistency on day five’s terrain. 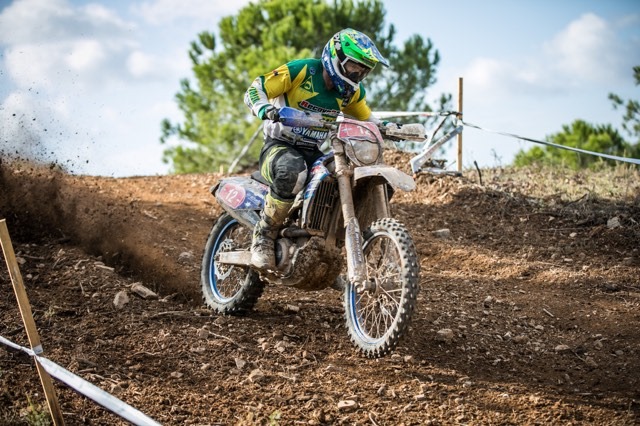 On the penultimate day of action, RecoveR8 Team Australia again showed true grit and determination, pushing to keep the USA in their sights. Matching yesterdays performance, our World Trophy Team would finish second on the day, thirty five seconds behind the USA. In the overall standings, Australia now sit two minutes and two seconds behind the USA in second position, leaving it all to play for in tomorrow’s Motocross Speed Race where should the USA make a mistake, Team Australia will be right there to capitalise. Daniel Sanders would again lead the team with a win in E3 and second outright on the day with a win in test 3 and consistent results after that. Sanders now sits a remarkable seven minutes and twelve seconds ahead of his competition in the Individual Outright standings for the ISDE. Josh Green would score a fifth overall in E2 landing him in tenth position outright, whilst Luke Styke finished fourth in E1 and fourteenth outright. Unfortunately Matthew Philips would crash in the second to last  test and is now forced to retire from the event with a leg injury. Now Sanders, Green and Styke will be the three riders contributing to the World Trophy points as teams drop their worst riders score in a three out of four rider scoring format.

Josh Green spoke to Motorcycling Australia about day five and his ISDE so far:
” Finally a better day for me with a fifth outright in E2, it has been a rough week injuring my ankle and finger along the way but I finally had a good day. I’m looking forward to the final moto tomorrow.” 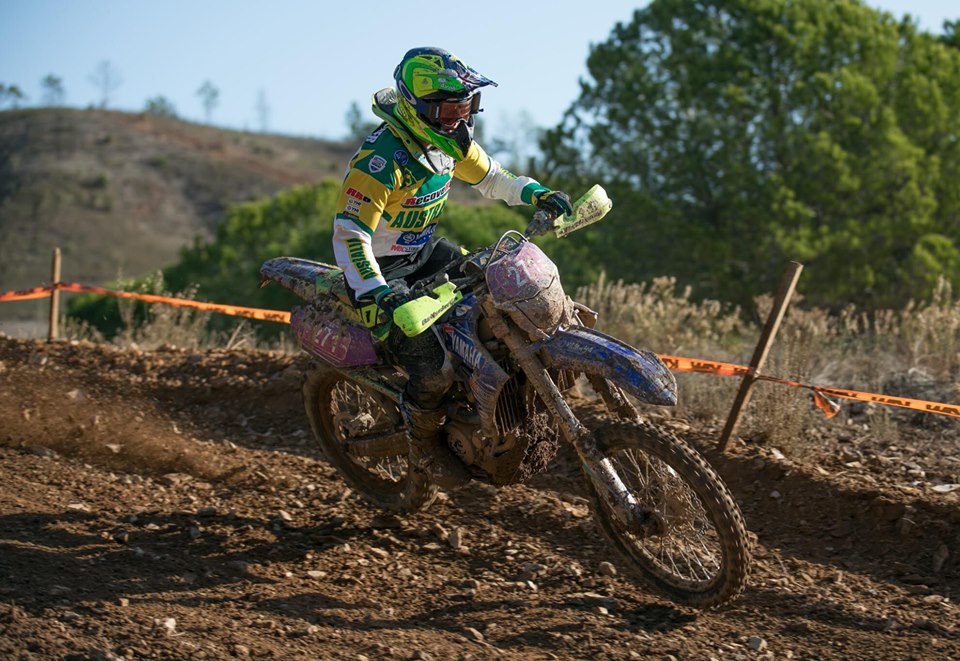 RecoveR8 Women’s Trophy Team
Jessica Gardner valiantly pushes on as the solo representative of RecoveR8 Team Australia in the Women’s Trophy. Gardner rode to a solid fourth outright on the day, placing her also in fourth overall in the individual Women’s Trophy standings for the 2019 ISDE with one day to go. 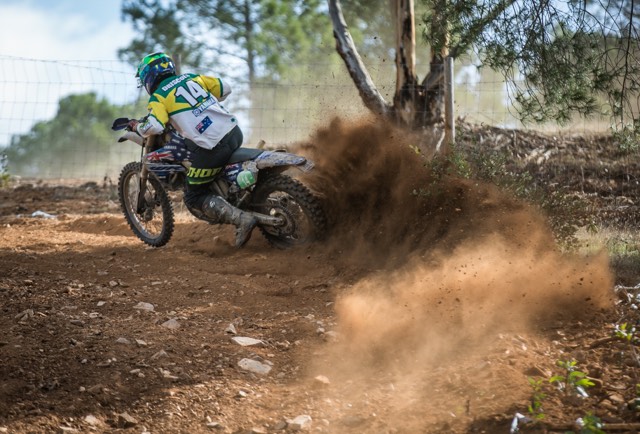 On the verge of World Championship success, our RecoveR8 Junior Trophy Team posted a consistent second overall for the day, just thirteen seconds behind the USA. Team Australia now have a commanding eight minutes and thirty five second lead in the Junior World Trophy standings, inching closer to the Junior World Trophy tomorrow, providing a safe day for all team members in the Motocross Speed race. Lyndon Snodgrass again posted a fantastic result with a fourth in E1 and eighth outright. Michael Driscoll would land in 9th overall in E2 and thirteenth outright, with Fraser Higlett placing twelfth on the day in E2.

Michael Driscoll commented to Motorcycling Australia:
” The game plan is to finish off strong tomorrow on the final day with the eight minute lead that us Juniors currently have and bring this World Championship home!”

Day six and the final day of action in the 2019 ISDE Portugal will see the riders drop the gate on the Motocross race, taking place on the Go Kart circuit at the Algarve Motosports Complex in an intense race format to finish off the event.
RecoveR8 World Trophy TeamJoshua Green

Stay tuned for more coverage over the coming days of the 2019 ISDE from Portugal as both our Trophy and Women’s Teams fight to defend their 2018 ISDE Championships! You can stay up to date by following the Motorcycling Australia Facebook and Instagram pages via our posts and stories, along with visiting our website throughout the entire event.