Plath on the Pace in the 65cc WJMX Qualifying

You are here: Home / News / Plath on the Pace in the 65cc WJMX Qualifying
Back 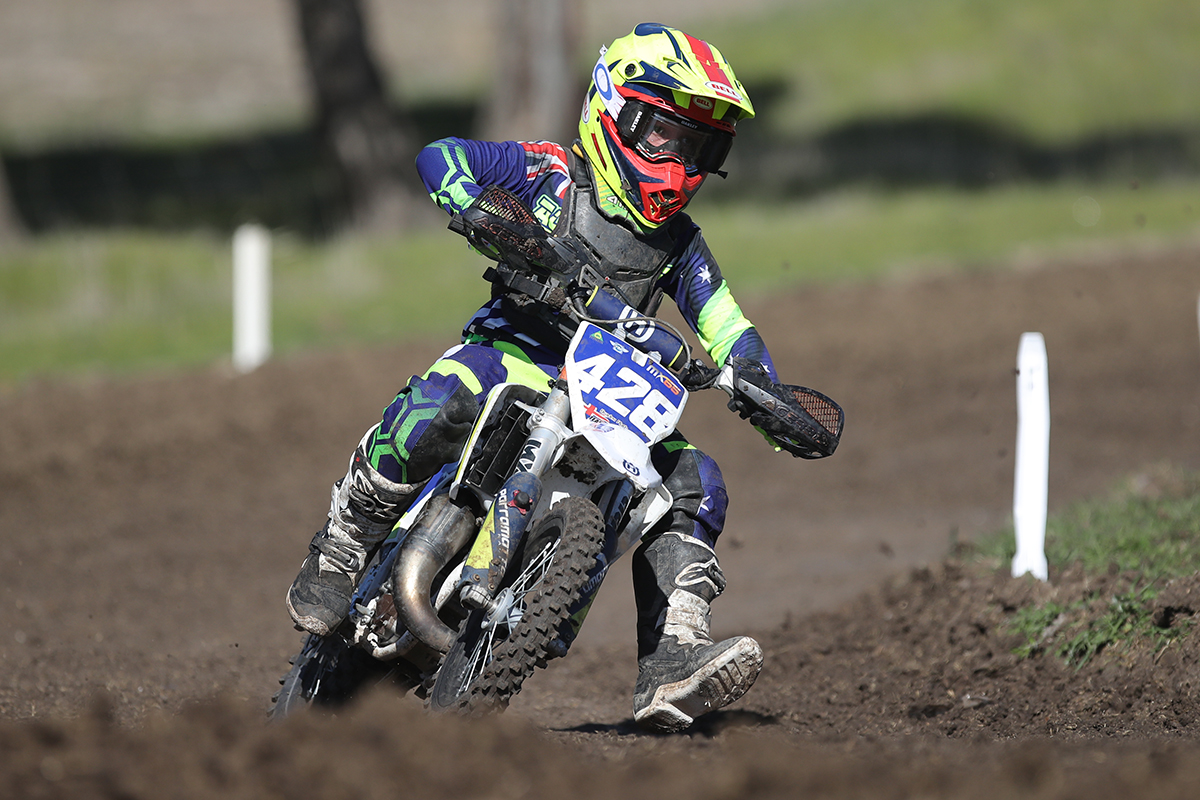 It was the last qualifying session of the day at the FIM World Junior Motocross Championship (WJMX) but Australian Braden Plath on Husqvarna made it worth the wait, grabbing the second fastest time of qualifying on the last lap in the 65cc class, a 2:00.011.

Plath powered his way around the Horsham circuit and showed he enjoyed the tough and rugged conditions; “It was pretty gnarly out there, it was really tacky the whole day but so much fun,” said Plath.

Rounding out the top five was Kayden Minear, pushing his KTM to a best lap of 2:02.263. Just behind Minear was Ky Woods who collected the sixth fastest time of 2:02.514, and to make it three aussies in a row Jet Alsop grabbed seventh with a 2:02.897.

The aussie action in the top ten was rounded out by Jack Deveson who qualified eighth fastest with a 2:03.205.

What an effort from the Australian riders to have five riders in the top ten of qualifying and looking at strong results in tomorrow’s races.

Just outside the top ten in 13th position was Kayd Kingsford on his Yamaha, and just behind Kingsford was Jack Cannon in 14th.

Deacon Paice put his KTM into 16th position with a fastest lap 2:04.472, he saved his best for last as he clocked his fastest lap on lap 13. Hixon Mcinnes was another Australian inside the top 20, qualifying 17th.
Just behind Mcinnes was Thomas Wood on his Husqvarna with a time of 2:04.687, and in 20th was Seth Shackleton on his KTM.

Race one will start at 11:30am and then the riders will be back for their final race of the day at 2:30pm, to keep up to date with how the Australian riders are going head to live timing, MA Website, MA Facebook or the MA Instagram.