You are here: Home / News / Peter Goddard Returned As Motorcycling Australia President
Back 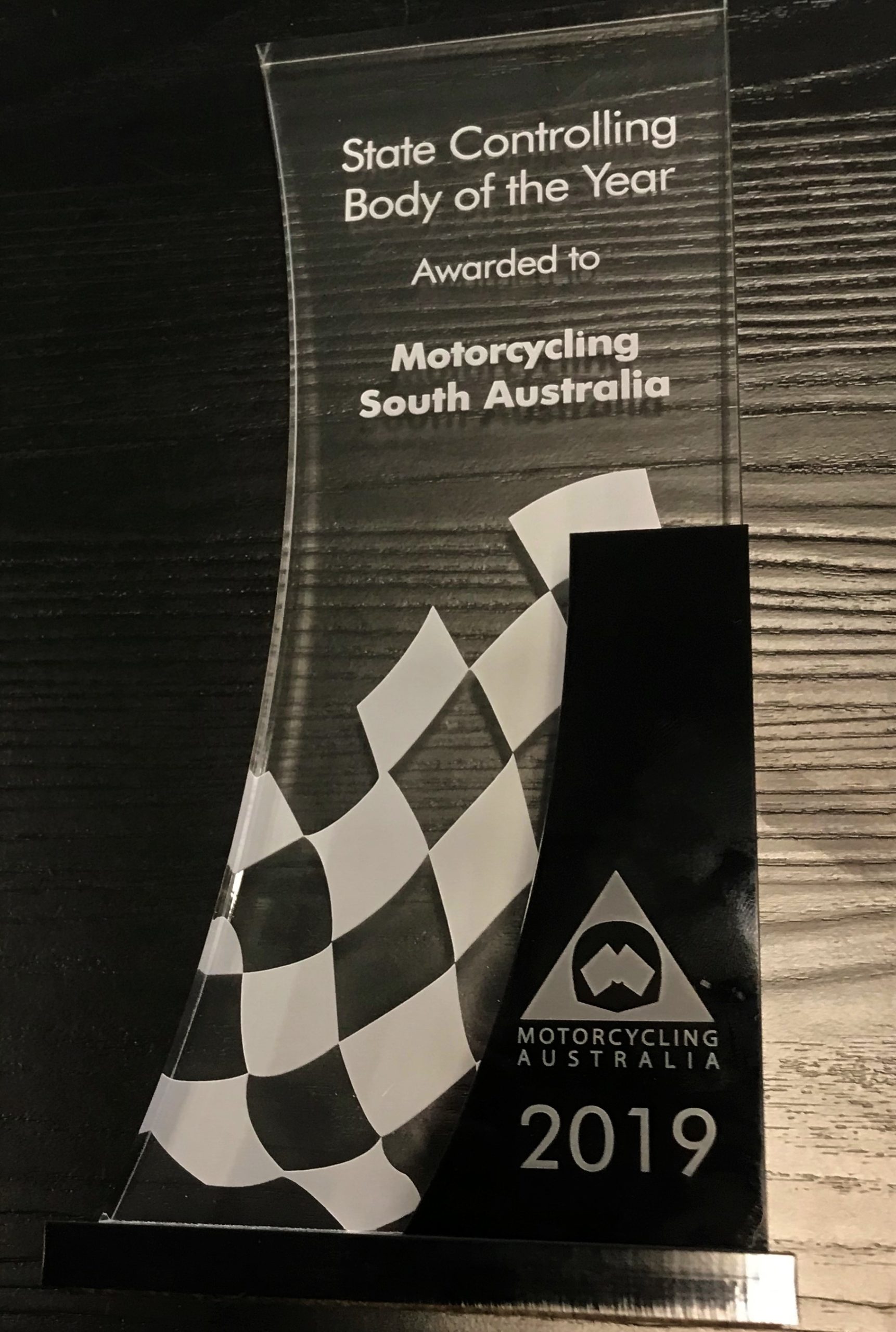 MA CEO Peter Doyle said both Peter and Roy were well respected throughout the motorcycling fraternity for their skills, experience and passion for motorcycling in Australia.

“Both Peter and Roy’s dedication to motorcycling is unmatched, their wealth of knowledge and skills they bring to the MA Board is very welcome.”

Motorcycling South Australia was awarded the 2019 State Controlling Body of the Year Award.

In conjunction with the Annual General Meeting, an award is given out for the State Controlling Body (SCB) of the Year. Each MA staff member is asked to consider their dealings with the SCB’s and provide a rating on items they have direct dealings. For example, response to queries, creation and adoption of initiatives, representation of the Code of Conduct, membership development, degree of cooperating in dealing with MA and quality of communications and promotional activities.

The state awarded the 2019 SCB of the Year was based on their commitment to align with the Code of Conduct, constant adoption of new and existing initiatives, continued development of communications and promotional activities and general efficiencies and eagerness to work with MA and other stakeholders.

The Honourable Tony Street was reappointed as patron, and Davidsons appointed as Auditors for Motorcycling Australia.

The MA 2019 Annual Report can be found HERE