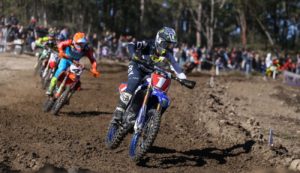 CDR Yamaha Monster Energy Team’s Dean Ferris has managed to keep his perfect record of Pirelli MX Nationals round victories in tact following two days of tight ‘retro round’ racing at Ranch MX, NSW. A reformatted rounds seven and eight saw both rounds decided on Sunday, as Ferris relied on consistency to maintain his perfect […] 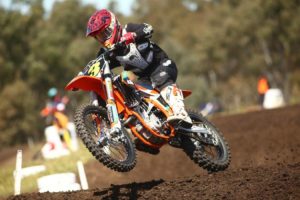 Motorcycling Australia (MA) is pleased to announce that the Supplementary Regulations have been released alongside entries opening for the 2018 KTM Australian Junior Motocross Championship (KTM AJMX).  This year’s 2018 KTM AJMX will take place at the Coastal Motocross Club in Penguin,Tasmania (September 29 – October 6). The KTM AJMX is the apex of junior motocross competition […]

The wait is almost over for young riders in Asia and Oceania, with registration for the 2019 Idemitsu Asia Talent Cup set to open soon. From 13th July, talents from across both continents can apply to get on the Road to MotoGP™ and follow in the footsteps of recent Champions, with the IATC’s record since […] 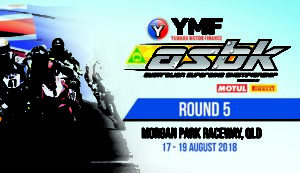 Tickets are now on sale for Round 5 of the Yamaha Motor Finance Australian Superbike Championship presented by Motul Pirelli (ASBK) at Morgan Park Raceway,  17 – 19 August, available online at asbk.com.au.  Round 5 is the first time ASBK will allow spectators on the Superbike Media Grid! Purchase a 2-Day Adult or 2-Day Concession Ticket […]

Motorcycling Australia (MA) wishes to advise the cancellation of the 2018 Post Classic Motocross Championship that was scheduled to be hosted on July 21-22 at AWABA Motocross Track in New South Wales. MA alongside Boyd Events has made the decision to cancel the event due to the lack of entrants for the Championship. Please be […] 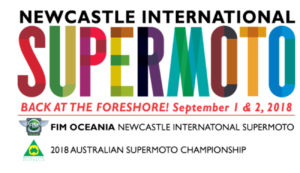 Are you aged 12-20 and want to kick start your Road Racing career? Applications open soon for an incredible opportunity to be selected as part of the Asia Talent Cup – the Road to MotoGP™! The wait is almost over for young riders in Asia and Oceania, with registration for the 2019 Idemitsu Asia Talent […] 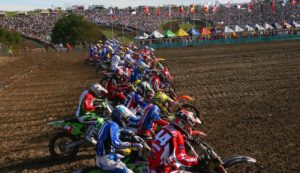 Motorcycling Australia (MA) is calling for applications from elite Australian motocross riders to join Australian team at the 2018 FIM Motocross of Nations (MXoN). Often called the ‘Olympics of Motocross’, the infamous event often exceeds all hype with an electric atmosphere as capacity crowds cheer on their nation’s best. The FIM MXON is held at Redbud, […] 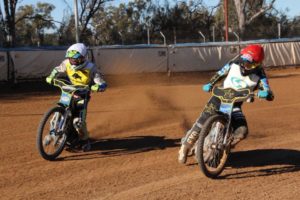 In a superlative and consistent display, the Edinburgh “Monarchs” clearly won the Winter Teams Development Program meeting at Mildura’s Olympic Park Speedway on Sunday afternoon. The four man team of Captain, Rob Medson, Dakota Ballantyne, Matt Pickering and Seth Hickey were solid, with even contributions from the top three riders as each of Medson, Ballantyne […] 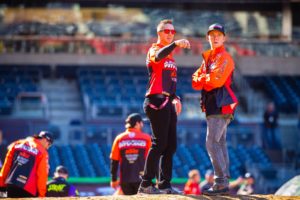 Motorcycling Australia (MA) is thrilled to announce Michael Byrne as the Australian Team Manager for the upcoming 2018 FIM Motocross of Nations (MXON) held on October 6-7 at Redbud in America. Byrne brings with him a wealth of experience with multiple Australian Motocross and Supercross championships and a seven-time MXON team member to go along […] 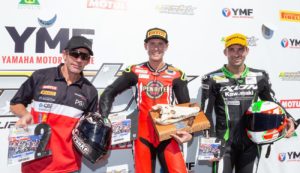 Troy Herfoss (Penrite Honda Racing, Honda CBR1000SP) has proven to be the man to beat once again, taking the overall victory in the YMI superbike class at Round 4 of the Yamaha Motor Finance Australian Superbike Championship presented by Motul Pirelli (ASBK) at Hidden Valley Raceway, Darwin. Herfoss took second in race one but took […] 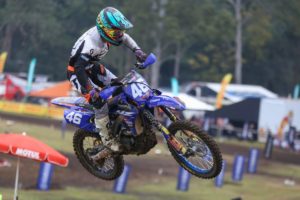 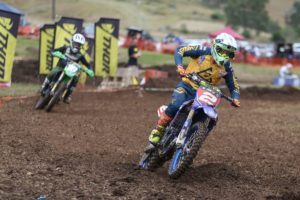 At a thrilling sixth round of the 2018 Pirelli MX Nationals at Conondale, QLD, CDR Yamaha Monster Energy Team’s Dean Ferris continued to take the Thor MX1 class by storm as he claimed his fifth perfect round of the year. The paper results don’t tell the entire story though, with Ferris having to run down […] 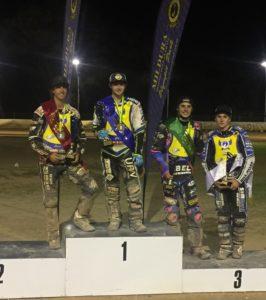 Five debutants will represent Motorcycling Australia in the upcoming FIM Team Speedway U21 World Championship (semi-final) at the Peugeot Ashfield Stadium, Glasgow, Scotland on the 14th July.   The Under 21 Australian speedway team, affectionately nicknamed the “Joey’s” has been handed a huge task of repeating the successes of the past two seasons silver medal […] 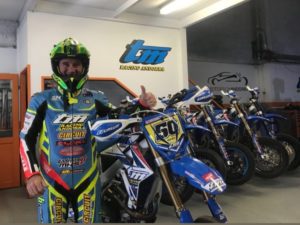 Motorcycling Australia (MA) sat down with Supermoto rider Ross Taylor to get the scoop on his new Spanish lifestyle and training regime as he competes in the Spanish Supermoto Championship. Taylor gives the inside edge on what’s the hardest thing about adapting to a new country and what motivates him to succeed.    Where are […]