The elite of Australia’s Dirt Track racing stars are heading to the Barleigh Ranch Raceway this weekend (Saturday and Sunday, August 4 and 5) to chase honours in the 2018 Australian Senior Track Championship meeting.  Riders are coming from as far afield as Townsville and Melbourne to contest ten championship classes, as well as support […] 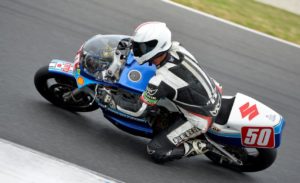 Motorcycling Australia (MA) are pleased to announce that Supplementary Regulations are now available for the 2018 Shannons Australian Historic Road Racing Championship. The event will take place 9-11 November at Broadford State Motorcycle Complex, Broadford VIC. This year’s event will be hosted by Preston Motorcycle Club.  Supplementary Regulations can be downloaded here. Entries will open on Monday, […] 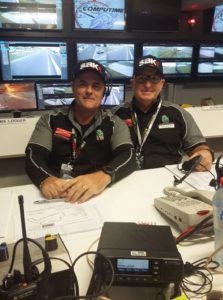 What got you into motorsport and volunteering? Honestly it was just seeing a motorcycle race and thinking “I really need to see this close up”. The excitement of it all really got me passionate in getting in amongst the action. How long have you been a volunteer with MA? 16 years. My aim is to […]

Bill van Eerde has taken his second ever Idemitsu Asia Talent Cup victory at Sepang International Circuit, winning a three-way battle to the line against Sho Nishimura and former points leader Haruki Noguchi, who completed the podium – in that order. That means Australian van Eerde takes the points lead heading into the next round, […]

Australia has a new FIM Endurance World Champion in Josh Hook who managed to pilot his F.C.C. TSR Honda France to a fifth-place finish at the Suzuka 8 Hours. Hook’s team knew they had to keep the bike upright in the race and not jeopardize their title chances. They managed to keep their cool, despite a […] 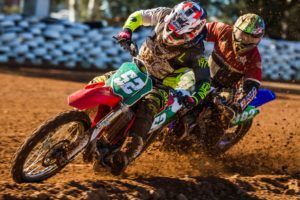 Motorcycling Australia (MA) is pleased to announce that the Supplementary Regulations and Entries for the 2018 Australian Senior Dirt Track Championships are now available. The event will take place 8-9 September at Balcary Park Raceway, Gunnedah NSW. This year’s event will be hosted by the Hunter Motorcycle Club. Entry forms and Supplementary Regulations can be downloaded here. Entries are now open […] 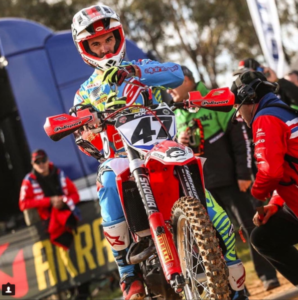 Motorcycling Australia (MA) sat down with Motocross (MX) rider Todd Waters to get the inside scoop on his new lifestyle as he competes overseas, as MA turns the spotlight on Aussie riders representing on international soil. Waters explains what he hopes to achieve in 2018 and leaves a special message for his fans.  Where are […] 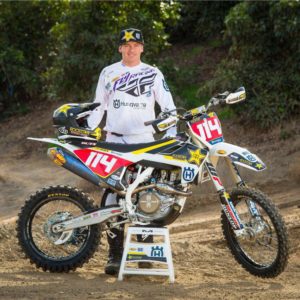 Motorcycling Australia (MA) was lucky enough to chat with 2018 International Six Day Enduro (ISDE) Australian Trophy team member Joshua Strang, to see what life is like after 11 years of living and competing overseas. Strang gave MA the in’s and out’s of what keeps him motivated to succeed and what he hopes to achieve […]

Motorcycling Australia (MA) caught up with reigning Australian 125cc and 250cc Australian Speedway Solo Champion Keynan Rew to get the inside scoop on his new lifestyle overseas. Rew dishes the dirt on adapting to a new country and what he misses most about his home ‘down under’.  Where are you currently competing? I am living […] 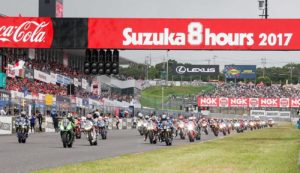 The Coca-Cola Suzuka 8 Hours is approaching this weekend and once again its stacked with an abundance of Aussie talent. This year’s riders include Josh Waters, Troy Herfoss, Josh Hook, Alex Cudlin, Damian Cudlin, Broc Parkes, Anthony West and Aaron Morris. The famous race will be the final round of the FIM Endurance World Championship […]

Motorcycling Australia (MA) is thrilled to announce that MotoStars, managed by Damian Cudlin, will be the new promoter for the Australian Junior Road Race Championship (AJRC) after signing a multi-year agreement beginning in 2019. This is the first step in reinvigorating Junior Road Racing in Australia and with Cudlin’s International racing experience, this joint venture between Cudlin and MA will be the […]

Motorcycling Australia (MA) are seeking expressions of interest from people wishing to attain FIM Environmental Steward accreditation. Anyone interested in taking on the role of Environmental Steward at one or some of the many FIM sanctioned World Championship meetings held in Australia are encouraged to complete an expression of interest form and forward it to: development@ma.org.au […] 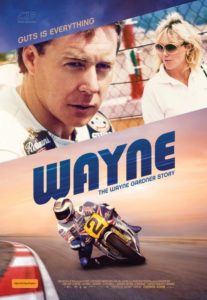 WAYNE, the incredible feature documentary about former Grand Prix motorcycle road racer, ‘The Wollongong Whiz’ Wayne Gardner, will release in cinemas nationally on 6th September 2018. The film will premiere at the Melbourne International Film Festival this August, followed by special event screenings in Sydney and Wollongong, with Wayne in attendance. Directed by Jeremy Sims […]

Motorcycling Australia (MA) is proud to announce the Australian Team to compete in the 2018 FIM World Junior Motocross Championship (WJMX) that will be racing at the renowned Horsham Motorcycle Club VIC on the 26th of August 2018. Australia will have 21 riders flying the flag at the biggest Junior Motocross event to hit our […] 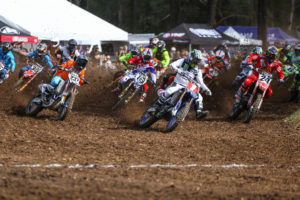 Motorcycling Australia (MA) would like to remind riders that applications to join the Australian team at the 2018 FIM Motocross of Nations (MXoN) are closing this Friday, July 27 at COB. Often called the ‘Olympics of Motocross’, the infamous event often exceeds all hype with an electric atmosphere as capacity crowds cheer on their nation’s best. […] 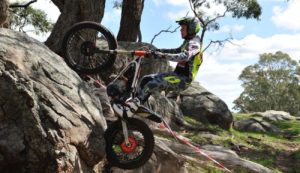 Motorcycling Australia (MA) is pleased to announce that entries are open for the 2018 Australian Trial Championships. This eagerly anticipated event will showcase the best Trials competitors Australia has to offer. It will take place October 6th and 7th at Sedgwick Victoria, promoted by the Trials Club of Vic. Entries are now open and will […]

The countdown is on, with only 100 days to go until the epic Michelin® Australian Motorcycle Grand Prix 2018 descends on Phillip Island for the ultimate spectacle of world-class racing on two-wheels, from the 26 – 28 October.  Spectacular view lines, rapid racing and a bumper line-up of on-track competition promises fans a thrilling experience and will no […] 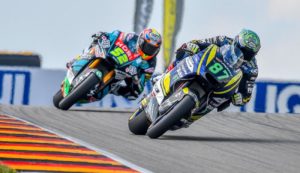 Remy Gardner was back in the Moto2 World Championship points earlier today after a stunning race saw the Aussie charge from twentieth on the grid to eleventh in this afternoon’s twenty eight lap #GermanGP at the Sachsenring. Fast from the off, Gardner showed his true potential throughout the weekend running just outside of the top […]