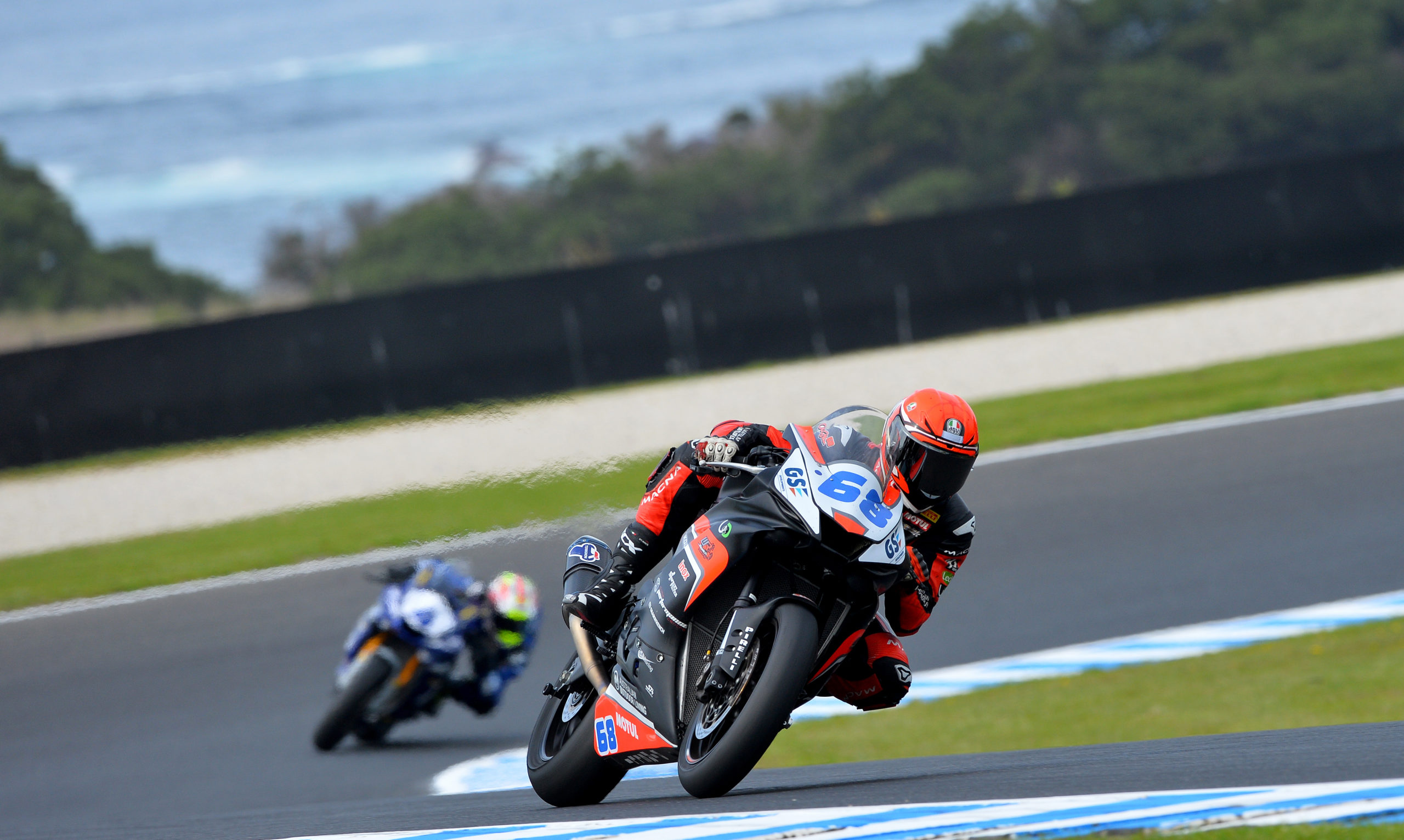 The 16-year-old Queenslander is carrying out double duties this weekend competing in both the World Supersport and mi-bike Motorcycle Insurance Australian Superbike Championship, presented by Motul, Supersport classes.

Oli – son of triple WorldSBK Champion and MotoGP rider Troy Bayliss – hit the track today aboard his World Supersport built Cube Racing Yamaha YZF-R6 for the two-day test ahead of the World Supersport round this weekend at Phillip Island and is pleased with day one.

In the two practice sessions Oli managed to improve on his times climbing to 16th fastest by the end of the sessions with a lap time of 1: 35.918.

“It was a good first day,” said Oli from the Island.

“We haven’t ridden this particular motorcycle much, so it was nice to be able to get some laps on it today.

“In saying that, we did struggle a bit with everything throughout the day.

“However, in the last session this afternoon we did find a bit of a set-up which we will head in, which is positive for the team and I.

“It has paid off, as today is the fastest that I have ever been around the Phillip Island Grand Prix Circuit.

“The Cube Racing Yamaha YZF-R6 still has a little bit to go in terms of getting the set-up in the window where we want it, and obviously I still have a bit to go as well.

“We will see what tomorrow brings.

“We are just going to do as many laps as we can and try and get the bike and myself to the best of our capabilities.”