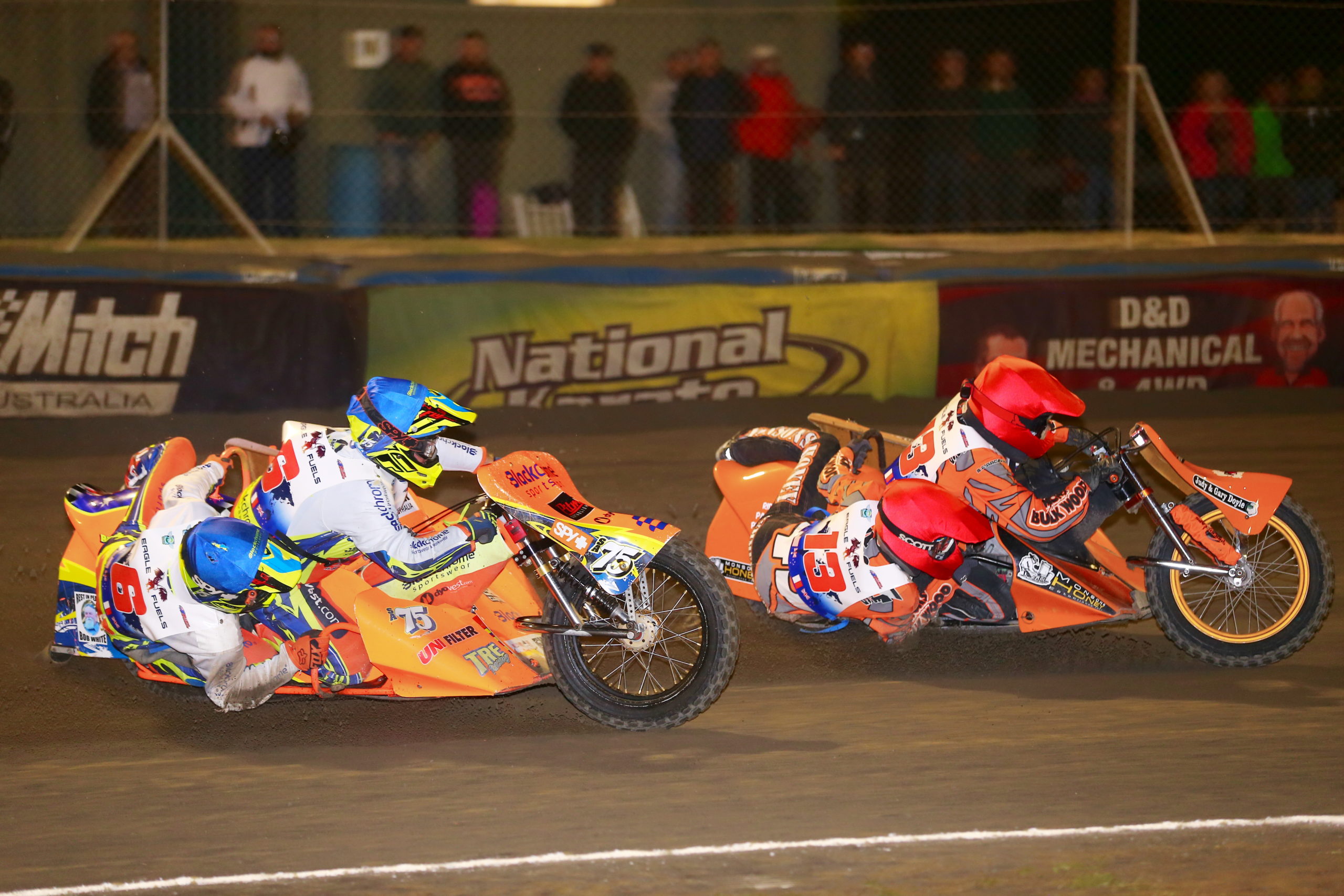 Oceania Regions Best To Take On

The Oceania regions best sidecar talent will descend on Gillman Speedway March 21 and roar into life for the 2020 FIM Oceania Speedway Sidecar Championship.

Mr Doyle said there was a very strong supporter base of speedway sidecars in Australia and he expected the competition to see the best of the best on display.

“We have a very strong history in Australia of producing some of the best sidecar talent in the world including 11-time Australian champion Darrin Treloar and rival Warren Monson,” Mr Doyle said.

“This Australian rivalry and the best of the best in the Oceania region will make the 2020 FIM Oceania Speedway Sidecar Championship at Gillman Speedway a must see.”

The Championship is open to holders of current Motorcycling Australia Senior National Competition licence holders, and holders of an appropriate FIM International Licence, Insurance and Start Permission for their Federation.

The event will be run over 20 heats and Two 2 finals with four riders in each heat and final over four laps.

Fans wanting to get along to the FIM Oceania Speedway Sidecar Championship on March 21, at Gillman Speedway, can do so when gates open at 4pm, practice at 5.30pm, and racing commences at 7.30pm.