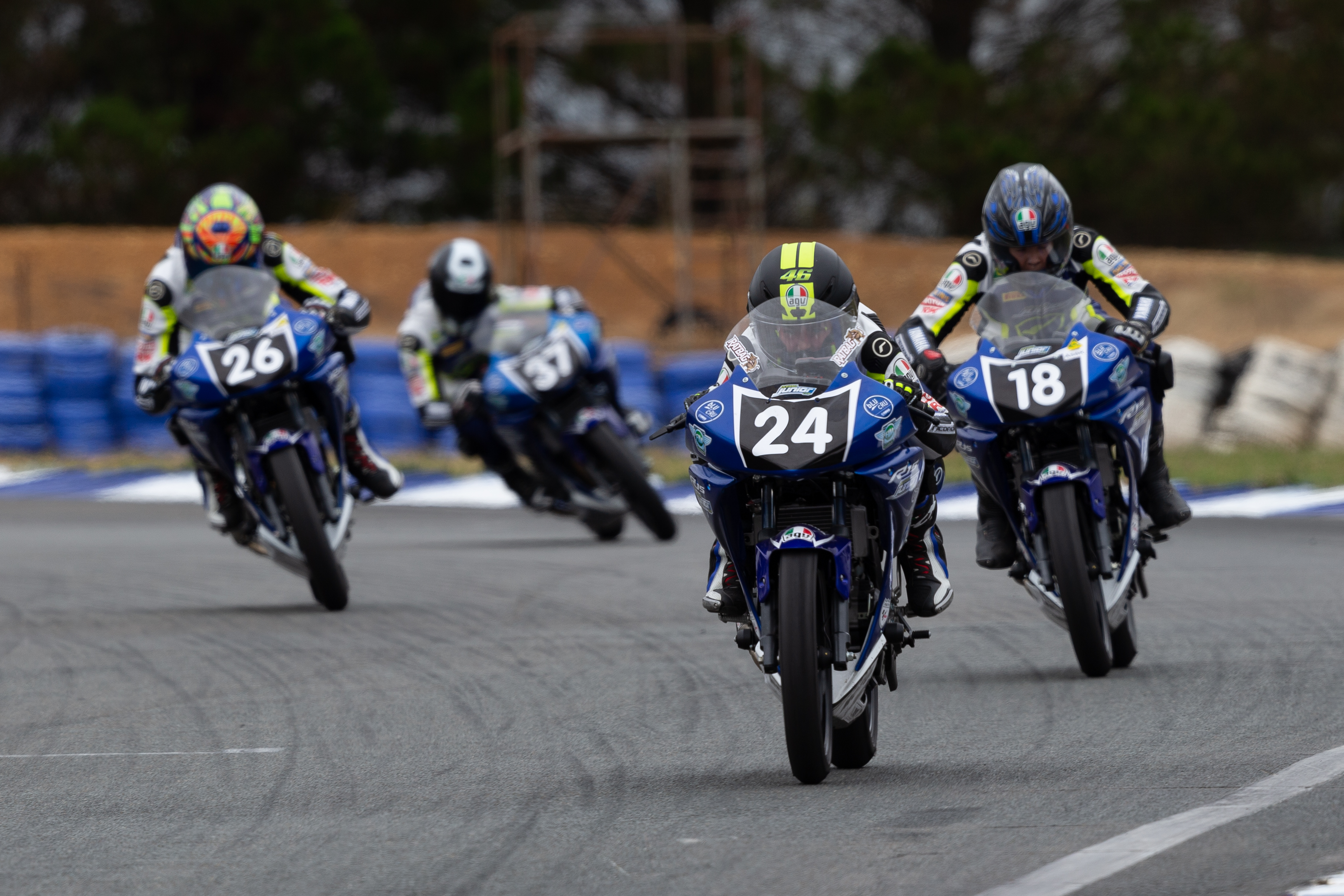 As we commence the final countdown to Round 3 of the inaugural bLU cRU Oceania Junior Cup (OJC) season at Morgan Park Raceway, Queensland, it is with great pride that Motorcycling Australia (MA) in conjunction with Motorcycling QLD and Moto Stars announces that Queenslander Thomas Brown will be the first-ever Wild Card entry for the academy.

Having already attracted competitors from all across the Oceania region, the addition of Wild Card entries means that even more young road racers will have the chance to develop their Road Racing careers.

A QLD local, like Australia’s own Jack Miller, Brown is the first junior to successfully achieve a coveted Wild Card spot in the bLU cRU Oceania Junior Cup and will compete at his home track, Morgan Park Raceway on July 5-7. “This looks like a great series for the future, with us young ones coming through, and working on getting into a series such as the Asia Talent Cup and the Red Bull MotoGP Rookies Cup,” enthused Brown.

“I know this is going to be one big fight from start to finish. My local track is Morgan Park Raceway, so I think I have a little bit of an advantage. I’m so excited for the experience, and to have some fun. The main thing is that I want to enjoy this whole experience!”

He first hopped on a motorcycle back at the mere age of 18 months, under the close eye of his father. From there, Brown jumped into the Road Race discipline at 10-years-old and has never looked back. “My goal is to get into the Moto3 World Championship. I love those bikes! I also want to become an Australian Supersport 300 Champion and grow up through the ranks from there!”

Round 3 of the bLU cRU Oceania Junior Cup runs in conjunction with Round 4 of the Motul Pirelli Australian Superbike Championship (ASBK), giving Brown and his fellow teammates the invaluable opportunity to see the likes of Wayne Maxwell, Mike Jones, Bryan Staring and Troy Herfoss as they scream around the track.

MA Operations Director, Martin Port, is thrilled with the official release of Brown’s wildcard spot. “MA is committed to strengthening and building the motorcycling community here in Australia and across the Oceania region. This exciting opening for one aspiring Road Racer to try their luck at the bLU cRU Oceania Junior Cup is just one of the many projects we’re working on to support the growth of our juniors,” explained Port.

Homegrown hero and bLU cRU Oceania Junior Cup Coach, Damian Cudlin, is thrilled with Brown’s addition to Round 3 of the 2019 season, stating that “Thomas is a reigning MotoStars Champion and another young rider we’ve been coaching for a while. During the Wild Card selection trials, Thomas stood out to us as an excellent candidate for the Oceania Junior Cup. His skills both on and off the track impressed Mike Jones and myself as selectors, and we’re both looking forward to seeing him in action at Morgan Park in a couple of weeks.”

If you’re interested in joining the bLU cRU Oceania Junior Cup class for 2020, please submit your expression of interest here.

Make sure to get your ticket for Round 4 of the 2019 Motul Pirelli Australian Superbike Championship at Morgan Park, 5-7 July 2019. For more updates and to purchase, head toASBK.com.au.