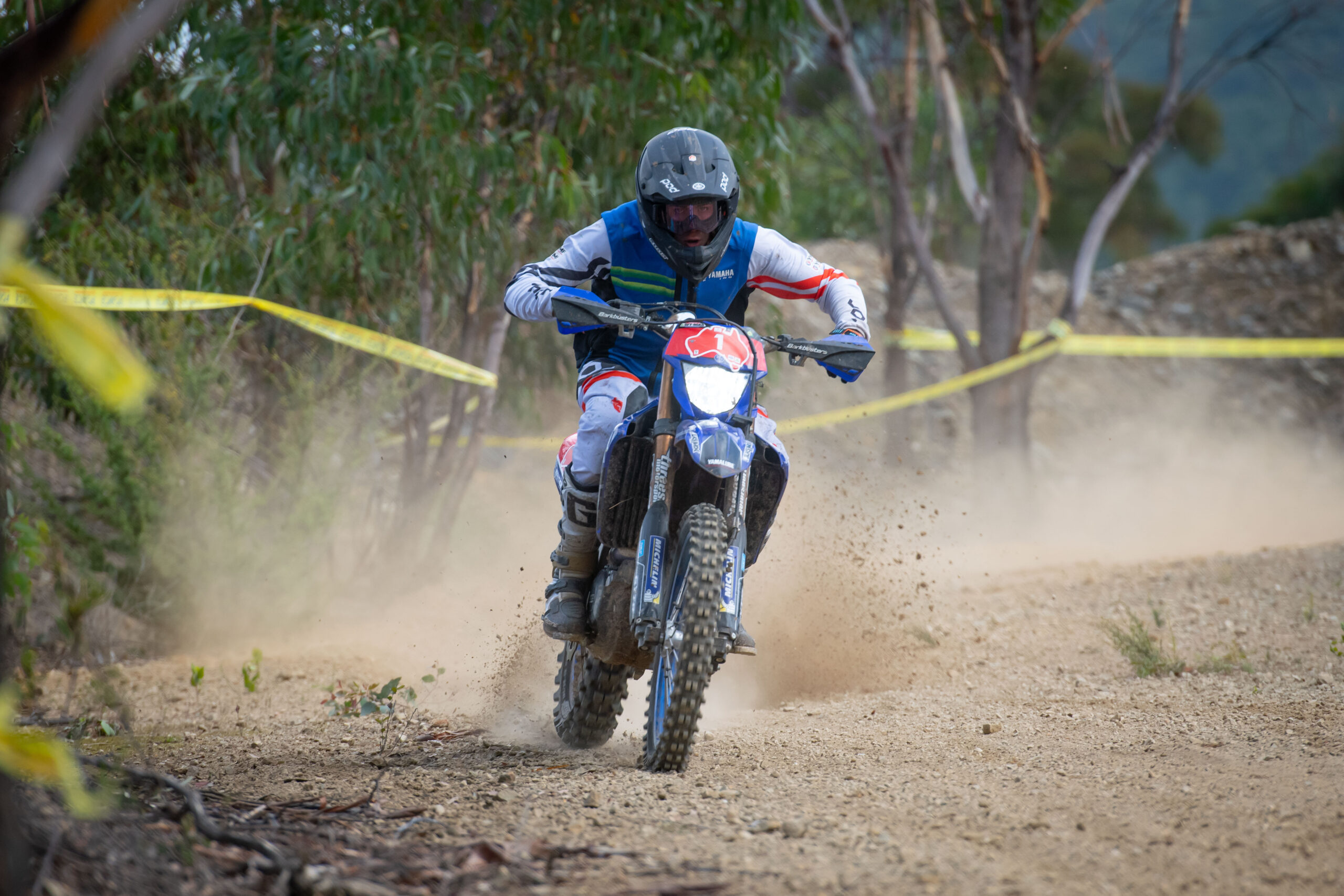 It’s been a long time coming and Day 1 of the 2022 Prestige Iveco Australian Four Day Enduro (A4DE) did not disappoint. Offering a launching pad to prove our competitor’s world class skill set, Erica threw everything at a field of over 260 riders across 180 kilometres of tracks.

Greeted in the morning with blue skies and sunshine, the promised turn in conditions arrived early in the afternoon. Hardpacked tracks quickly became slippery, forcing a quick change in riding tactics to ensure you remained both upright and in the fight.

His fans were probably expecting his exceptional form today, but nothing could really prepare you as you witnessed Bacon utterly at home in Erica’s challenging conditions. Similar to his home track conditions, the greasy tracks and unpredictable weather didn’t faze the Yamaha mounted rider, who clocked in the fastest time for Day 1, 24:11.038.

Close behind Bacon were fellow Yamaha racers, Blake Hollis (Shop Yamaha Offroad Racing Team) and Jeremy Carpentier (Yamaha JGR Ballard’s Off Road Team). The action was tense as both riders sought out that silver spot. After long, cold and wet hours on the bike, Hollis took out second ahead of Carpentier, by just over a second. Their respective times were 24:57.043 and 24:58.963. 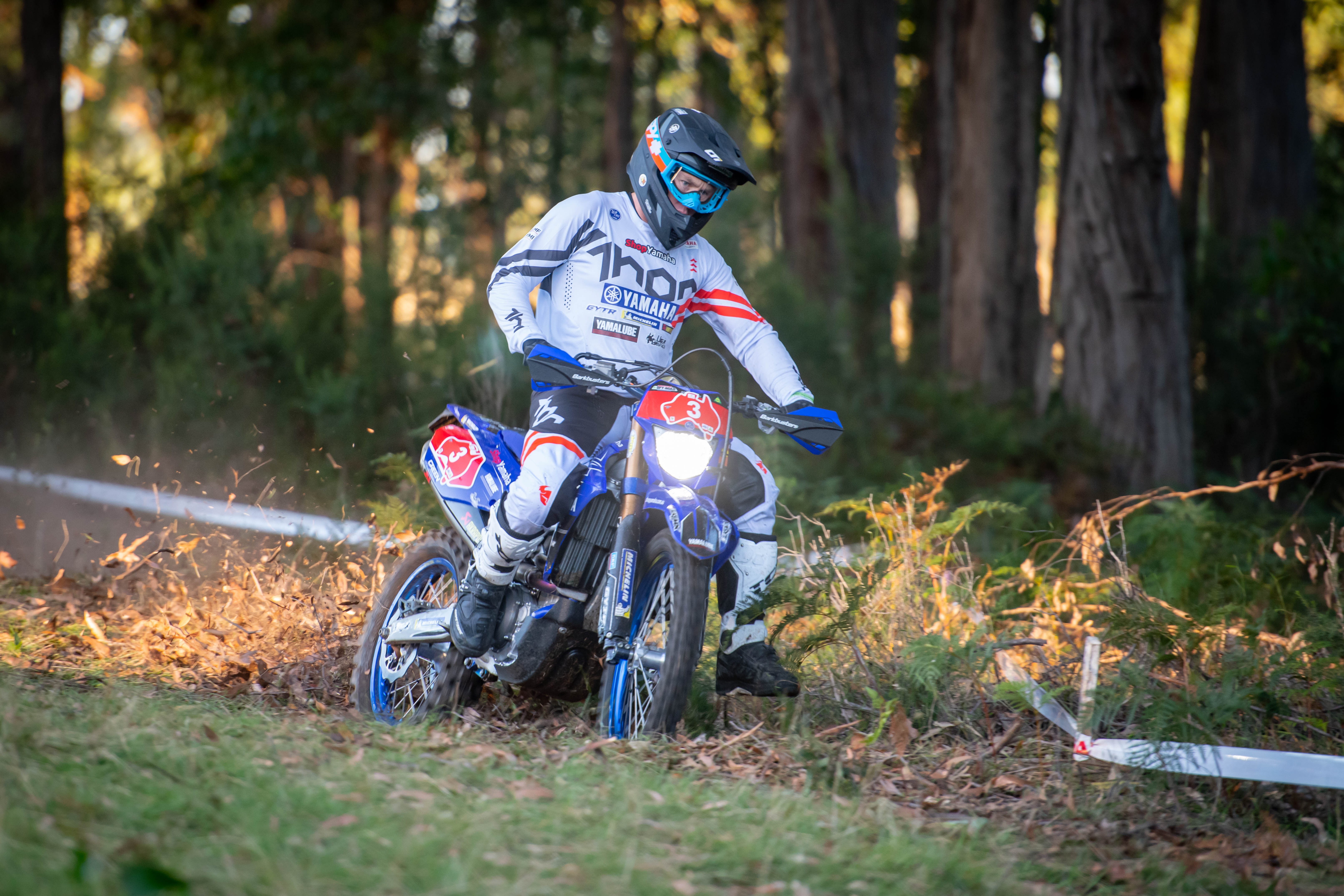 It was a good day for Yamaha in Erica, as Green took out the lead in E2 for the 2022 A4DE. The seasoned favourite in Enduro remained comfortably at the front of the E2 pack across the Big Dave, Force, Yamaha and Beta test tracks, finishing Day 1 with a total time of 24:34.446.

The exciting development you should definitely keep your eye on, is Husqvarna’s Todd Waters. Marking his first ever A4DE, Waters has become a familiar, albeit new face to the Enduro community, with huge success following him from Motocross. Taking the harsh conditions and demanding race format in his stride, Waters has ticked off Day 1 with a second-place finish and a total time of 24:44.660. That’s just about 10 seconds behind Green! 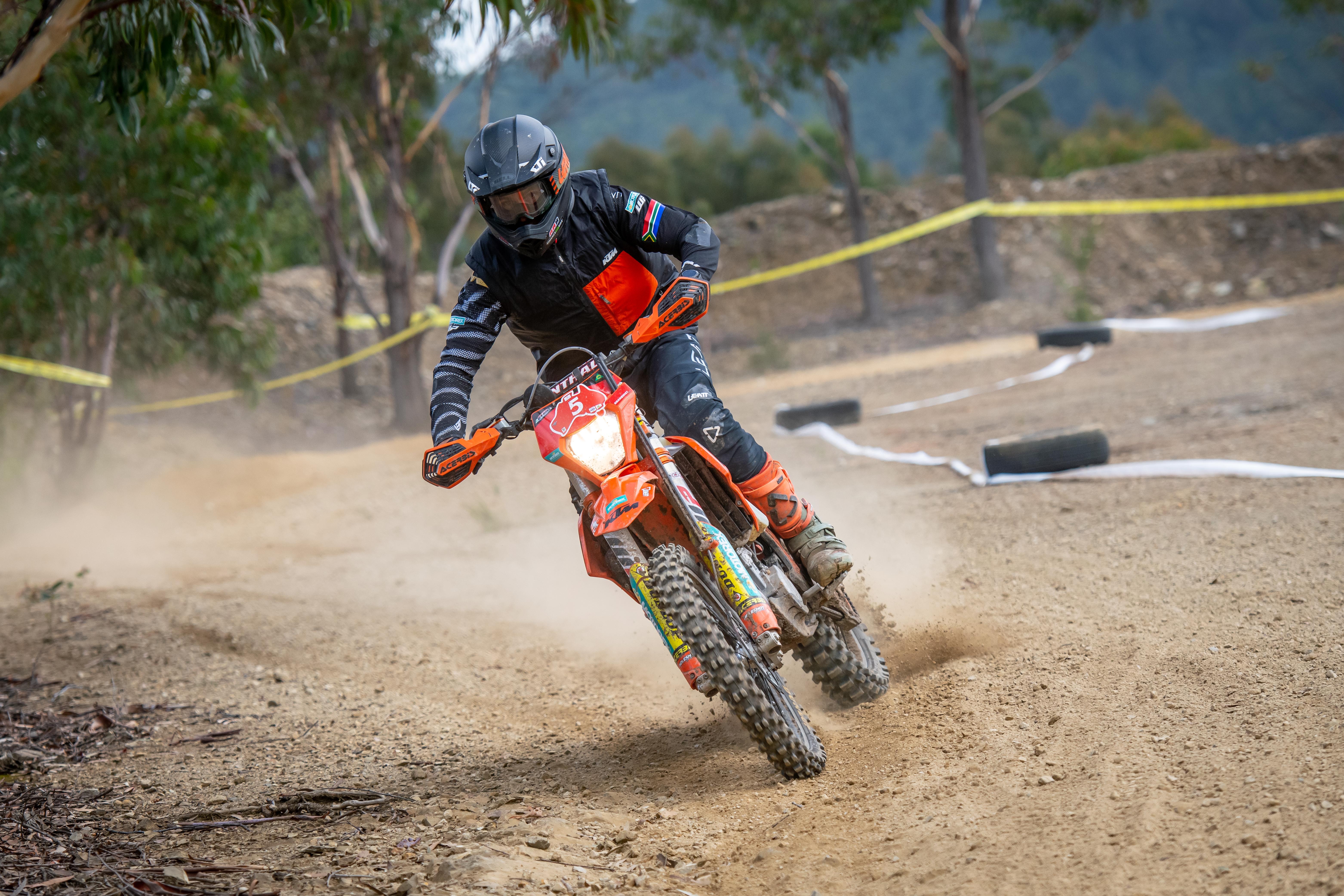 The drama started early in E3, with a penalty for Husqvarna’s Andrew Wilksch (Simford Racing, Husqvarna) which has set him back in the E3 standings for the 2022 A4DE. Claiming first place today after navigating Erica’s tough conditions was KTM’s Granquist, with a total time of 24:51.358.

Thomas Mason was just seconds behind Granquist, settling in for second place today with a total time of 24:53.596. Wilksch’s updated result post penalty has placed in him third, nearly one second behind Mason. 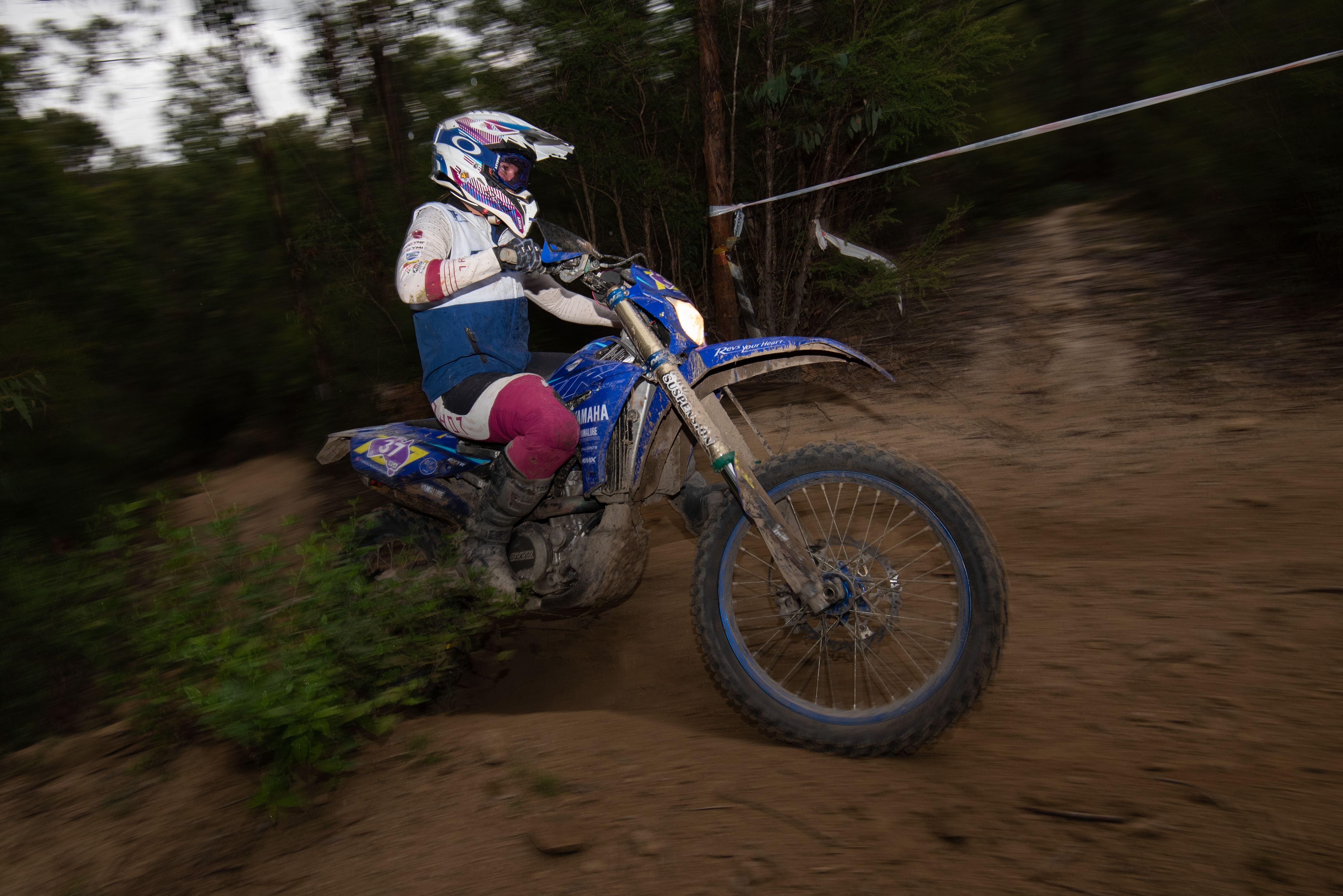 Yamaha’s Gardiner remained ahead of the pack all day today, tangoing at times with KTM’s Emelie Karlsson as the conditions got harder due to the weather. After rain fell, the Force and Beta test tracks became increasingly slippery, causing the Enduro household names to fight for the top spot. 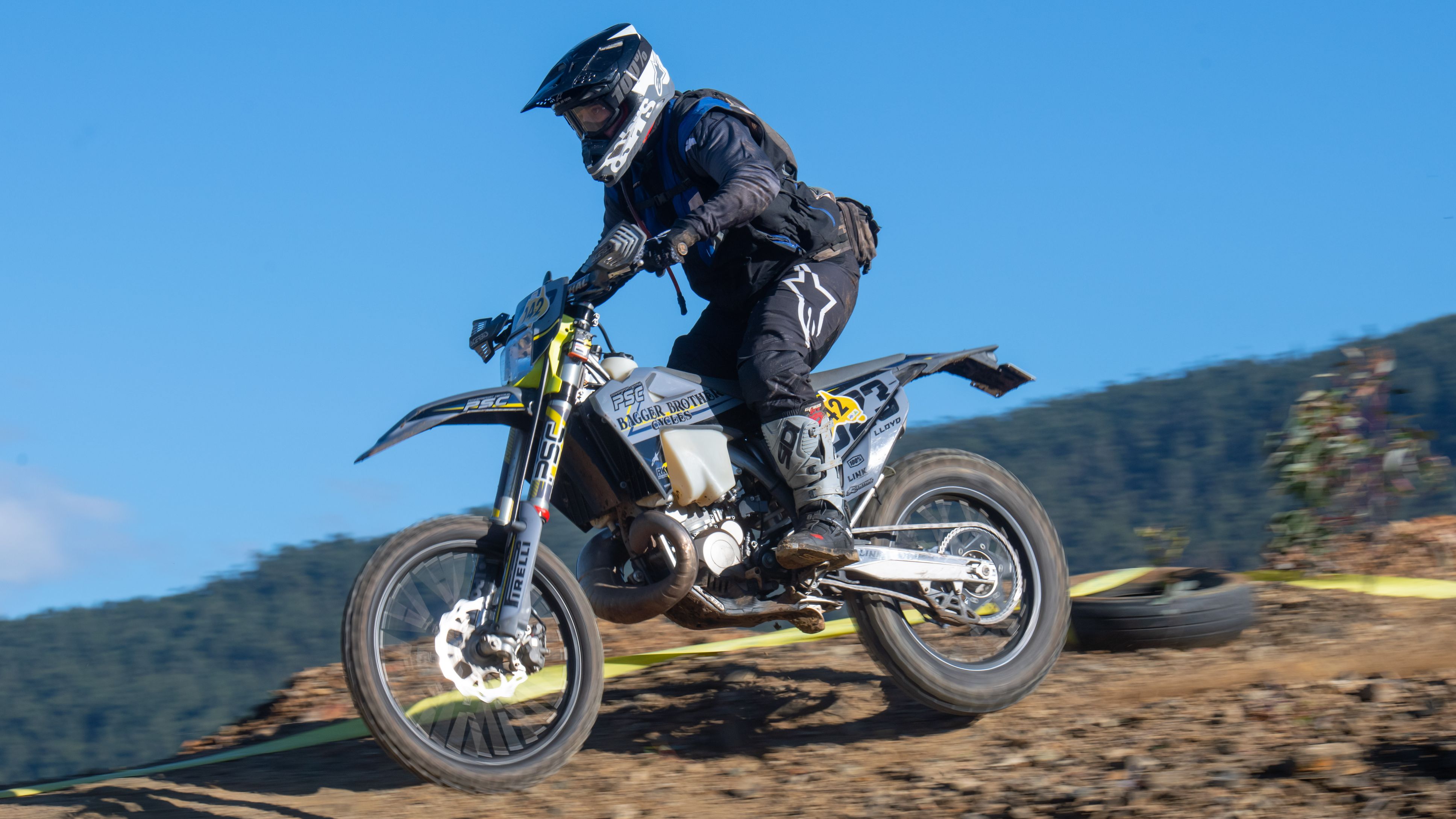 Over in Veteran, the competition was fierce as riders worked to clinch the fastest time possible. Coming out in the lead after Day 1 was Lloyd, with a total time of 27:50.477. Lloyd beat Richard Chibnall and Steven Powell for first, leaving them to second and third respectively. Chibnall and Powell finished today with total times of 27:57.610 and 28:04.104. 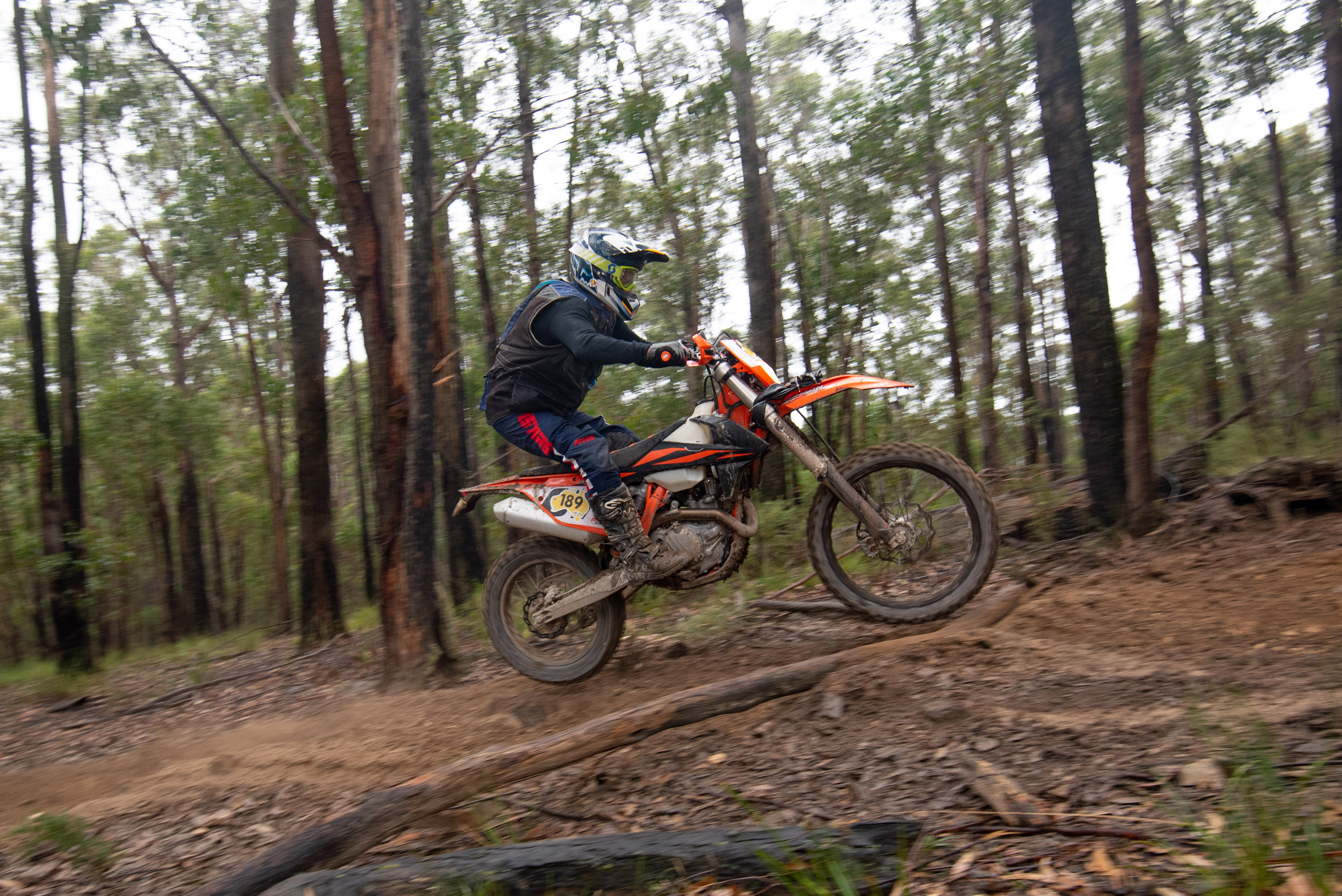 Salopayers clinched the Masters class lead today, just seconds ahead of Brandon Kienhuis. With a total time of 28:34.855, Salopayers earnt a hard-fought top dog spot, even in this afternoon’s tough conditions.

Our A4DE riders will return tomorrow, bright and early, for Day 2 of racing. Stay updated on news, updates and results by visiting the A4DE website, Facebook and Instagram.