The final round of the 2019 Perkins Australian X Trial Championship headed to WIN Entertainment Centre in Wollongong, New South Wales last Saturday night on (27th July), marking the first time that the series has ventured across to the East side of the country.

The Australian X Trial Championship is popular as ever over in the West, and proved to be just as popular in the East, which is a massive credit to the organisers of the series.

Tasmanian’s Chris Bayles took the win in a stunning victory with Reigning Champion Kyle Middleton, narrowly tying up the Australian Championship in a night of twists and turns that could not have been scripted. 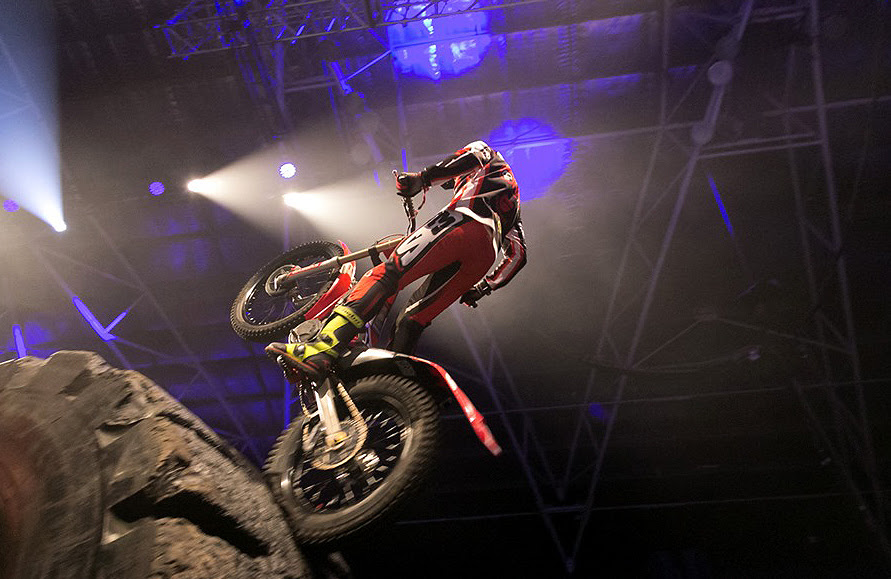 In the Qualifying Round, Middleton was in fine form dropping only 5 (points). Meanwhile Bayles, tied on 12 with Western Australia’s Neil Price for third and NSW’s Kevin Zarczynski only 3 points behind on 9. Zarczynski’s younger brother, Colin, had a few unlucky mistakes that cost him a place in the final along with Craig Austin who had a number of great rides but unfortunately could not finish them off.

The Wollongong audience was roaring when the riders returned to the arena for the Final and they certainly got a show.

The first section saw Zarczynski, Price and Bayles all fail to complete the tallest Waco Kwikform Scaffold Step, before state hero, Middleton made it up in a stunning ride. With a 5-point lead Middleton had some room to relax into section 2. Zarczynski and Bayles both had a couple of safe rides on the very slippery concrete, before Price failed to complete the section, and Kyle made an uncharacteristic mistake and slipped off one of the lower pipes and touched the ground.

This reduced Middleton’s lead to only one point going into the notorious Barrier section. Zarczynski, slipped off for 5 points failing to complete and then both Price and Bayles rode beautifully to clean the Barriers consecutively. Middleton then failed to complete the first major turn dropping to 12 points and back to fourth place. This moved Bayles into the lead on only 7 points. Section four all riders failed to complete and with Middleton and Zarczynski both having big crashes, in the Pipes.

After the tyres and races, the final results were Bayles first (14 points), Price second (16 points), Middleton third on count back (17 Points) and Kevin Zarczynski (17 Points).

“I was super stoked with the result and my riding”, said Bayles.

“The sections were all or nothing. The crowd’s vibe was unreal, really got the riders motivated,” he added.

The third place for Middleton meant the Championship standings literally had Bayles and Middleton tied on 45 points apiece, and meant they had to be separated by the combined observed scores over the two events, giving Middleton his fourth Australian X Trial Championship with Bayles in 2nd and Price rounding out the podium in third. 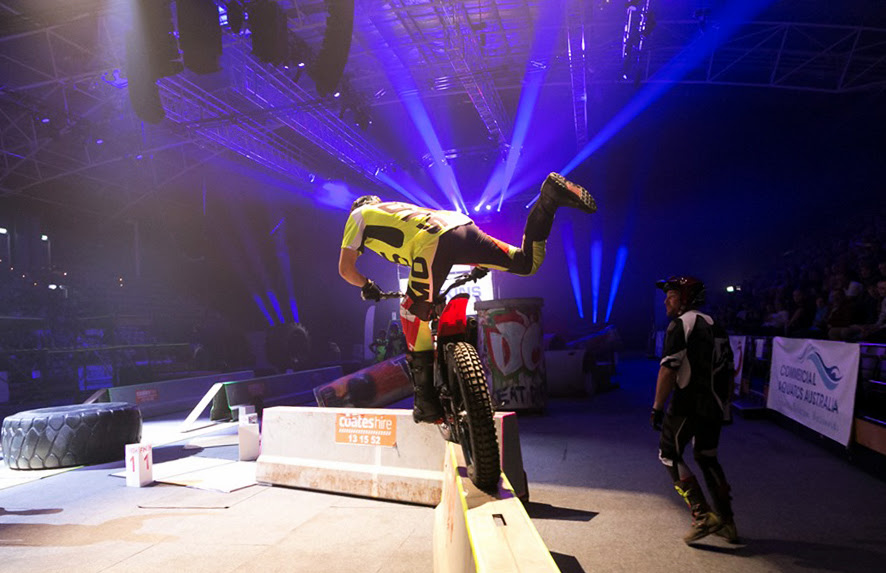 Middleton said of the night; “Round two was a tough one! I am sore, I was challenged but the crowd really helps me get to the end. Not everything went to plan for me but I am absolutely stoked with my fight and managed to just sneak in the championship result.”