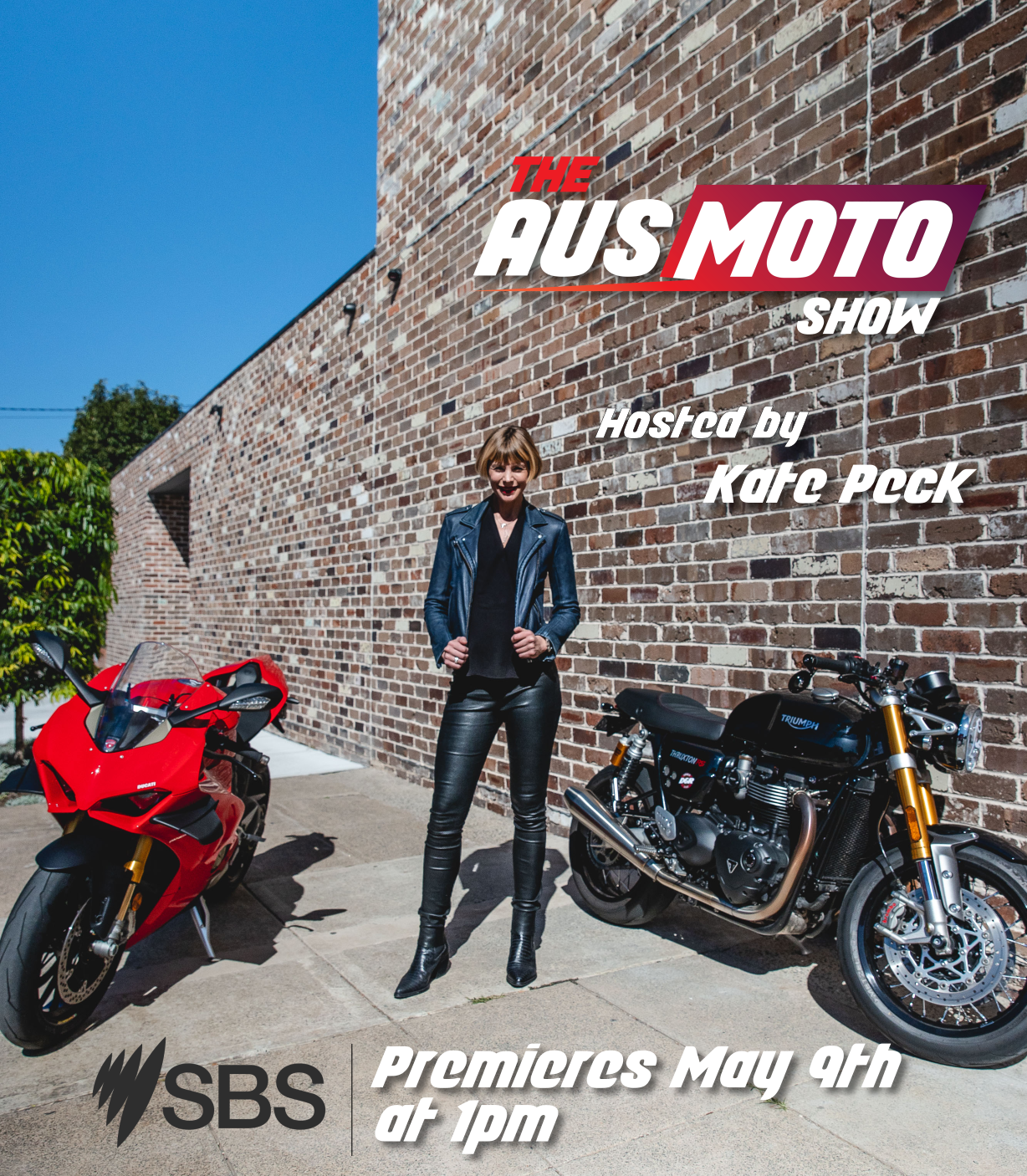 The AusMoto Show will debut this Sunday at 1pm on SBS staring Kate Peck – renowned motorsport journalist and self-confessed motorcycle addict – along with a who’s who of Australian motorcycling talent dropping in for a chat and Aussie riders joining from overseas as special guests. 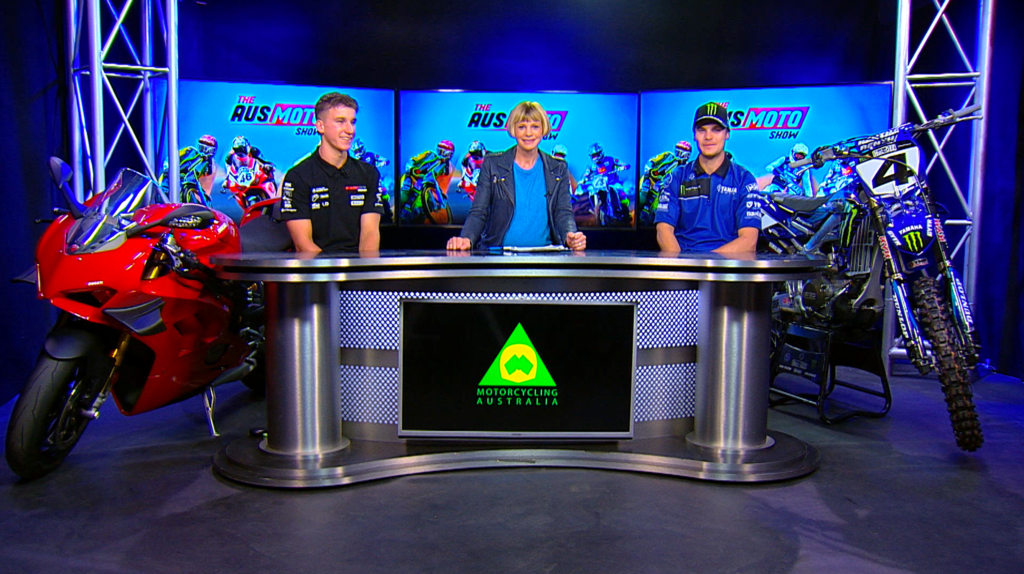 The program will also be telecast through our TV partner Fox Sports Australia.

The AusMoto Show will run over 5 episodes throughout 2021 giving viewers a front row seat to the latest in motorcycle sport, exclusive interviews and inside opinions and reviews of upcoming MA National Championships and international competition for Australian riders around the World.

MA CEO, Peter Doyle, said The AusMoto Show was the next natural progression of growth in the sport in Australia.

“This year we have seen massive interest in our MA National Championships across ASBK, ProMX, AORC and speedway, which have seen significant crowds returned to the tracks again this year, as well as coming off one of the best years in motorcycle sales in 2020,” Mr Doyle said.

“The AusMoto Show will showcase these high profile Championships and put a spotlight on MA’s other disciplines, as well as focus on growing a new audience to our sport here in Australia,” Mr Doyle said.

“The AusMoto Show will give viewers inside and behind the scenes access to our world class riders and MA’s National Championships, in the comfort of their own homes or on their mobile devices.” 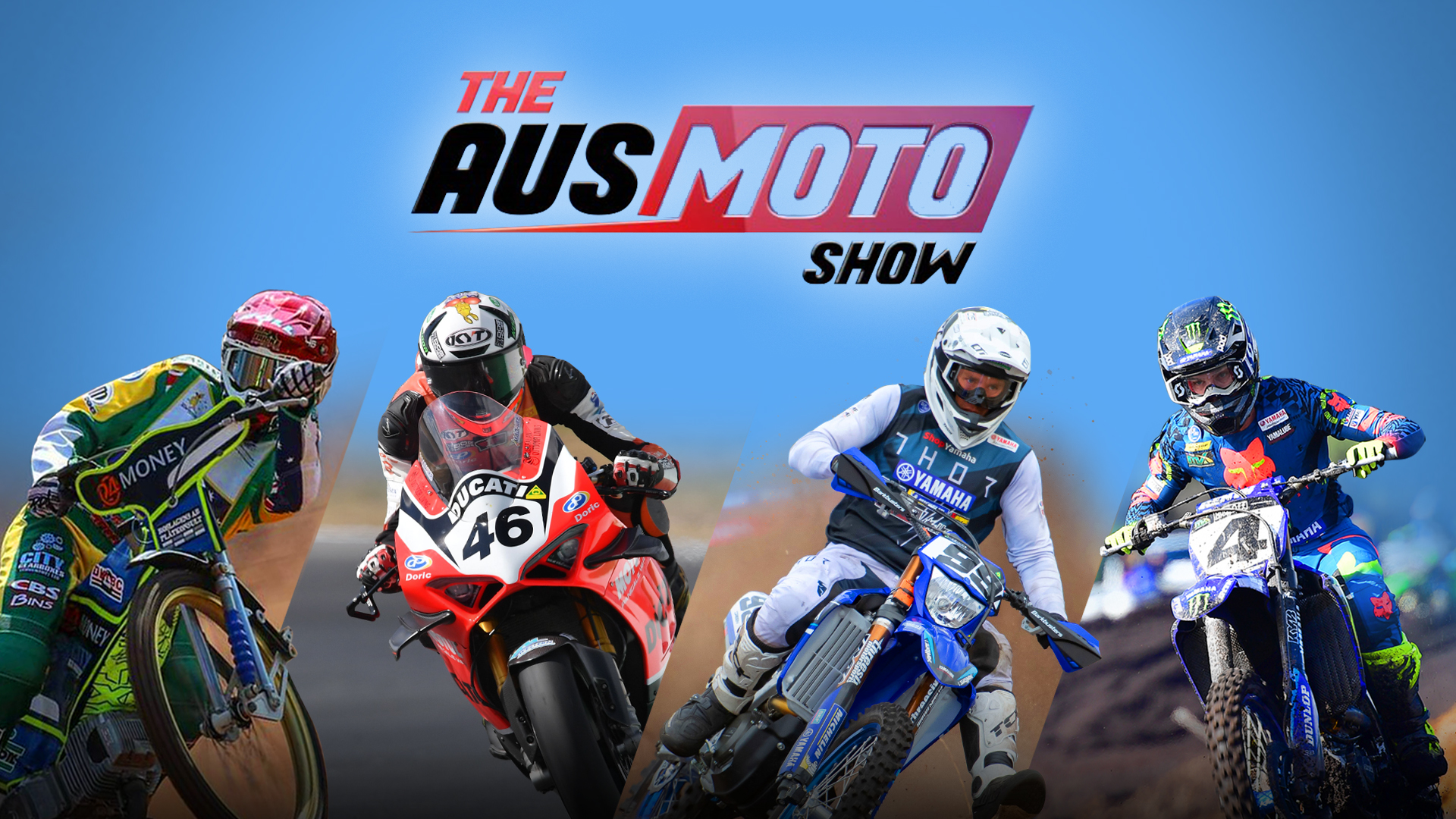 The AusMoto Show Host, Kate Peck, said: “It’s been way too long since we’ve had a moto show on TV, dedicated purely to two wheels, and our world-class athletes and the joy and passion of riding”.

“Across MA’s National Championships, we have access to some of the best riders on the planet.

“You see them race, but we want you to get to know them, have a laugh and chew the moto fat.

“We want to celebrate our athletes and inspire people to get out there and ride.

“Australian motorcycle racing is back with a vengeance, let’s get Aussies excited about MA’s National Championships so they can head out to a race near them.”

The AusMoto Show will debut this Sunday at 1pm on SBS, which will also be followed by the first ever episode of the Yamaha Australian Off-Road Championship, presented by MXstore, TV show from 1.30pm-2.30pm.