You are here: Home / News / Kiwi Champ Biddle to Join ASBK Supersport
Back 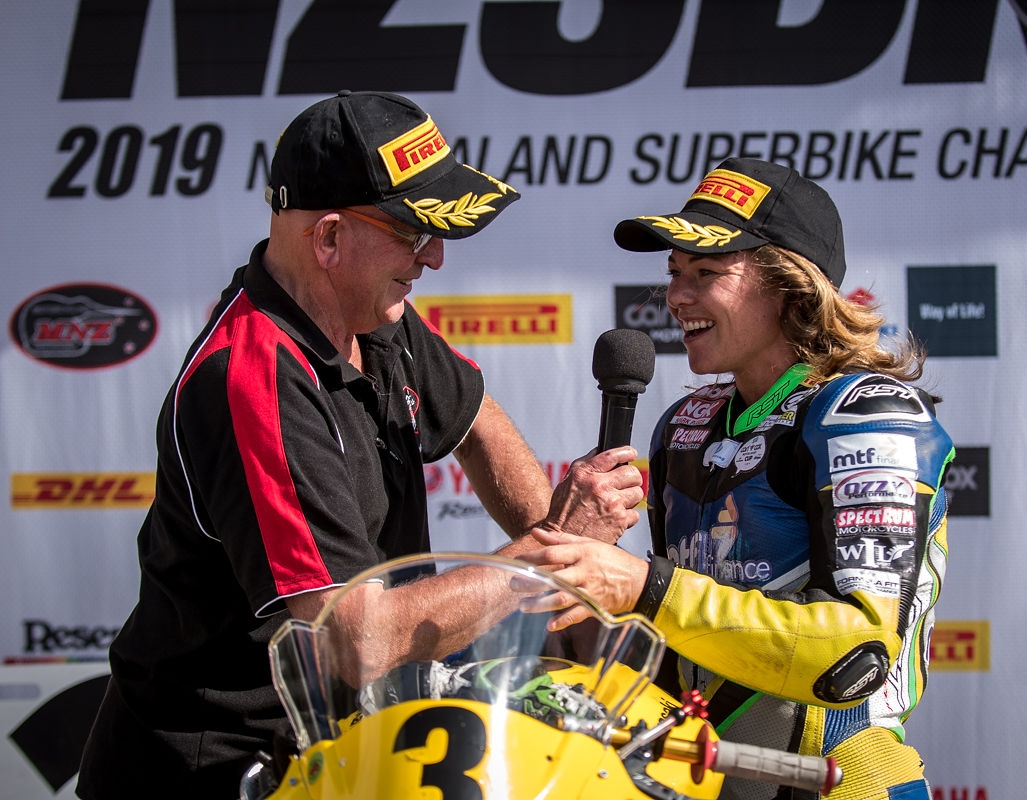 Newly crowned New Zealand Supersport 600 Champion Avalon Biddle has announced today she will be contesting five rounds of the Motul Pirelli Australian Superbike Championship (ASBK) in the Supersport class, with her first event to be Round 3 (April 26-28) at The Bend in South Australia.

“I met Stu at a race meeting in New Zealand last year when I rode his classic Suzuki RGB500,” Biddle (26) said today. “We got along really well. He understood my enthusiasm and desire to ‘kick some butt’ and the next thing he’s using his contacts to get me set up to race in Australia.”

Avant, like Biddle, knows how hard it can be to break into the international scene.

“Don’t be fooled by the smile. Avalon’s done those lonely hard years in Europe,” Avant said from Sydney. “She’s a tough racer. She has the talent and is smart.

“You can’t help but be impressed by her ability, drive and professionalism.”

“I’m so grateful for MTF’s support, who see value in continuing to progress my career in motorcycling and inspiring others along the way,” she said.

Although Biddle has extensive overseas experience, she has not raced in Australia since a MotoGP Wildcard in the 125cc class at Phillip Island in 2011.

She regards it as hugely important to keep racing all year round, and racing in Australia during winter months will hone her racecraft.

“I’m expecting the competition to be tough over there, but it will be great experience and I believe with a few rounds under my belt we will be able to fight for podium positions. The bike will be new to me, but at least I know the Pirelli tyres well and I’m familiar with some of the Australian circuits from my earlier racing days.”

“Oli is currently second in the points standings so I feel I’m joining a well-prepared team,” Biddle said.

Round 3 of the Motul Pirelli Australian Superbike Championship takes place at The Bend Motorsport Park (25-28 April) alongside the Asia Road Racing Championship for International MotoFest. For more information or to purchase tickets, visit thebend.com.au

You can watch all of the action from The Bend on Fox Sports, SBS, and online. Click here for details.