You are here: Home / News / Kalinin shines at Assen for Nutec – RT Motorsports
Back 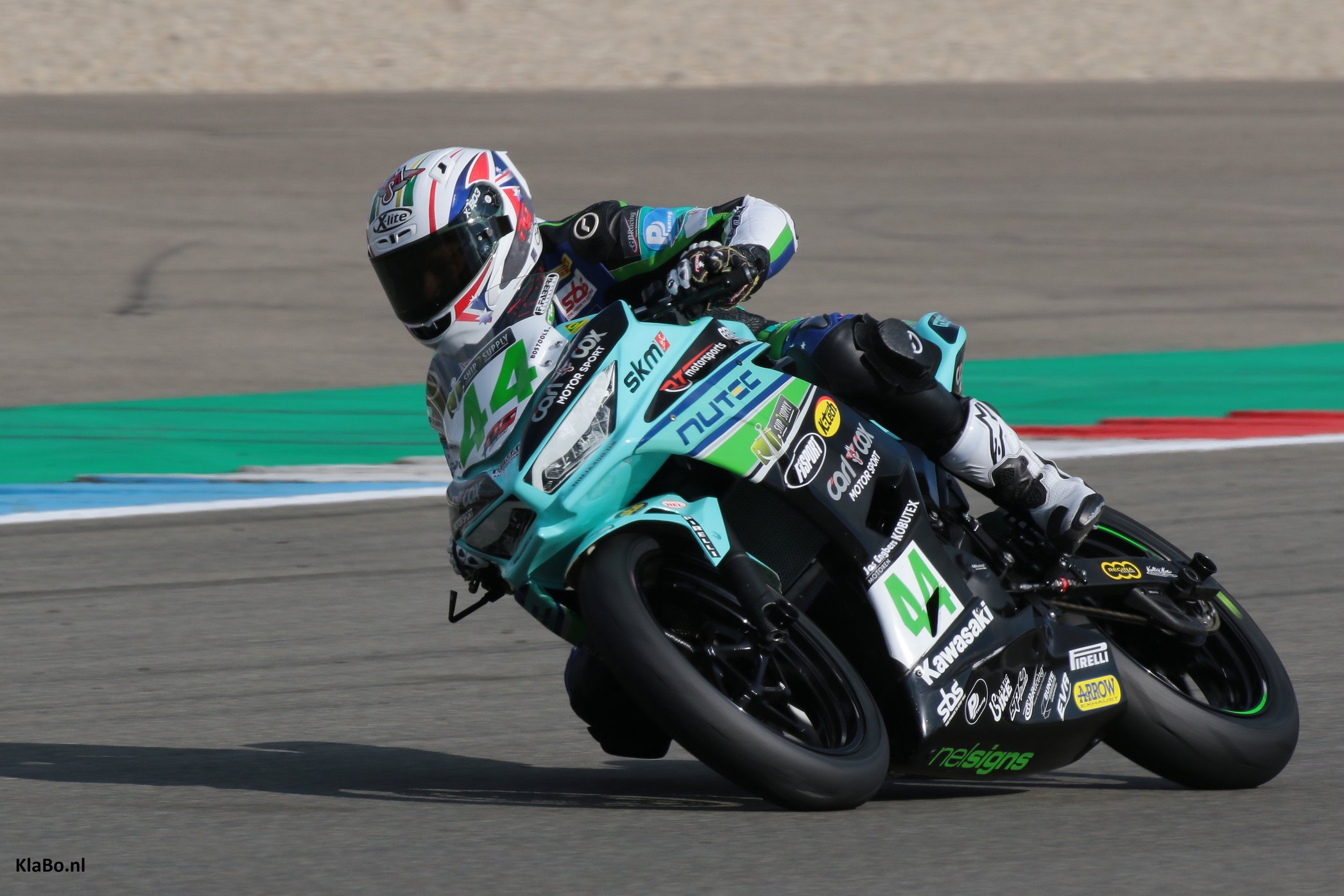 Nick Kalinin has scored a strong 4th place in today’s World Supersport 300 race at the TT Circuit of Assen in the Netherlands. Despite his brilliant finish, there were mixed feelings in the Nutec – RT Motorsports by SKM – Kawasaki box afterwards as Nick missed the podium by only 0,097 seconds. But after some minutes, rider and team realized they had done a great job in the home race of the team. Also Dorren Loureiro had mixed feelings after the race as he crossed the line in 16th place, just outside the world championship points. Unfortunately, Dino Iozzo and Tom Bramich didn’t finished the race.

In the dry 2nd Superpole Nick Kalinin qualified himself in a very strong and impressive 7th place aboard his Nutec – RT Motorsports by SKM – Kawasaki Ninja 400. Also his team mate Dino Iozzo was very fast under very tricky and cold conditions; he ended the Superpole in 14th while Dorren Loureiro was also allowed to start in the main race, but were very disadvantaged by their Superpole 1 session that was held in lesser conditions “snow rain”. A good weekend of Dorren with continuous Top 10 rankings was destroyed by the Superpole 1 circumstances and starting place 25 was the result. Tom Bramich also riding for Carl Cox-RT Motorsports by SKM-Kawasaki was put at a disadvantage by the circumstances in Superspole 1 and had to qualify just like at Aragon via the Last Chance Race, but this race was canceled after a hail and snow shower just before the start caused bad weather. Thanks to his 2nd place on the grid, Tom was lucky to start in the main race.

Team manager Rob Vennegoor: ‘It was a good weekend for us, but for sure not an easy one as the weather, with low temperatures and snow, made it very hard for us. Frank Krekeler from SKM and 2 mechanics even worked in the night as we were looking for more performance and he did a great job. It’s a shame that Nick just missed the podium, but he rode a great race. Dorren, Dino and Tom had no luck but they will get a new opportunity at Imola.’