You are here: Home / News / International Spotlight with Kim Krebs
Back 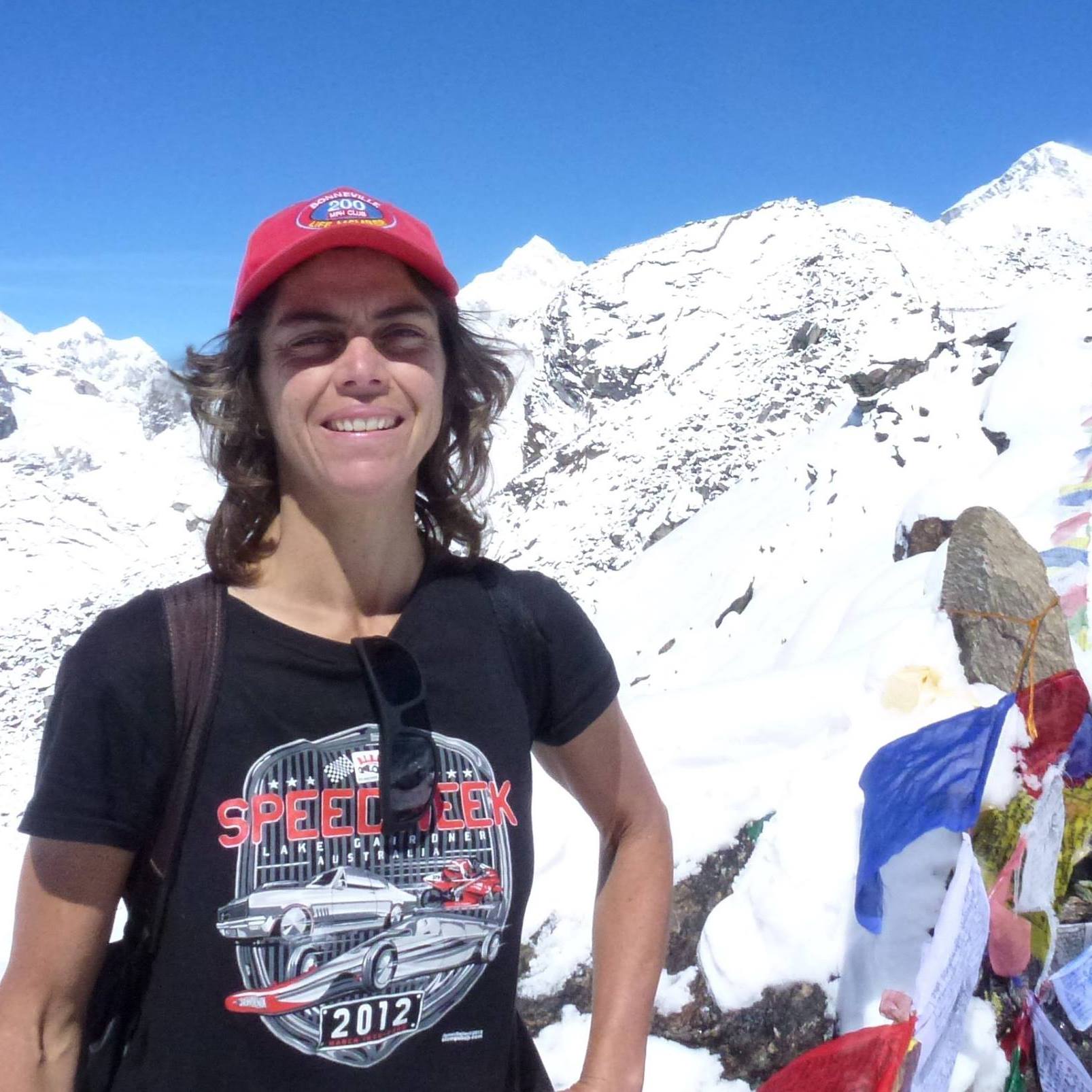 Motorcycling Australia (MA) was lucky enough to sit down with Land Speed racer, Kim Krebs, who is currently making a name for herself as the Fastest Australian Woman. Kim spoke to MA about her strangest overseas experience to date and how she trains for each Land Speed event.

I’ve just returned from the United States of America (USA), where I was competing at the AMA National Land Speed Grand Championships. This is an event that is run through the Bonneville Motorcycle Speed Trials on the Bonneville Salt Flats in Utah, USA.

Driving on the other side of the road and finding a somewhere to have a decent meal. (For some reason, vegetables aren’t a very common and so much of their food is flavoured sweet).

We’re on the Salt Flats at dawn and don’t leave until sunset everyday. Sunrise and sunset sounds almost silent. I miss the familiar dawn chorus from birds like magpies. 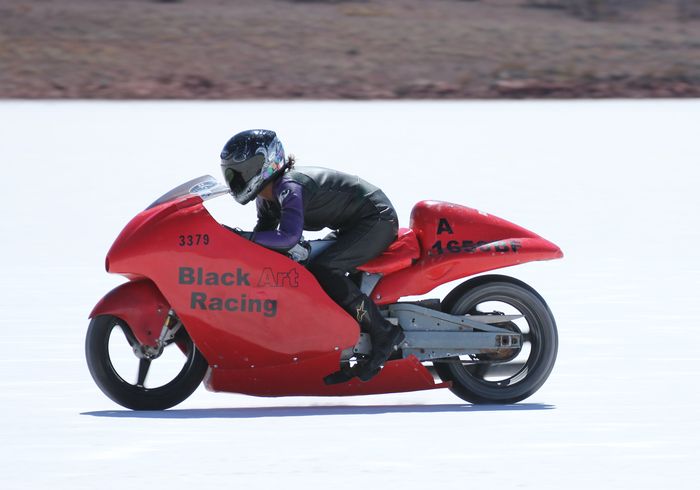 Land Speed Racing is a sport that you can’t practice for. You need to treat every run like it’s your only one. That said, the first run of the event is usually the slowest. To stay fit between events, I ride a bicycle around the Adelaide Hills and during the race meet I try and go for a morning run each day.

in March this year, Swiss Performance partnered with Dry Lake Racers Australia to run the inaugural World Speed Trials at Lake Gairdner, SA. I was one of 11 competitors in this FIM sanctioned event, and I managed to set a new world Landspeed record. Being able to set a world record in your own country is very special.

I’m motivated and inspired by my race partners, Greg Watters and Jim Higgins. We have an unconditional belief in each other. We don’t doubt what each other does, as we build the bikes, and we know that we can go fast – very fast. In a strange way, that motivates me.

My fastest record (AMA) is 241mph, and my goal is to set a world or national record over 250mph. In particular, I’d like to set that record on our 750cc bike. The fastest we’ve gone on the 750cc bike is 239mph, so we’re getting close. My achievement this year is to bump up the turbocharged 1600cc class to 213mph.

In 2011, I received the equivalent of the American Woman Motorcyclist of the year. That was 12 months before I had the similar recognition in Australia.

Land Speed Racing isn’t about being the fastest ever, it’s about seeing what YOU can build and how fast YOU can make that machine go. For that reason, you connect with like minded people, and that makes us the richest group of people. So I’d like to remind everyone that we’re all capable of great things. It’s just all the better if it involves a bike.

I enjoy anything that gets me outdoors and keeps me under that huge sky of ours. By traveling overseas I’ve realised that our country is a very beautiful place, and our skies are a brilliant blue that you just don’t see elsewhere.

I once completed a record qualifying run, just after dawn at Bonneville. When the FIM Official came up to me and asked why I rode the bike without the seat and tail piece, I had to admit that it was early and I was still half asleep, so we forgot to put it on before I launched!