You are here: Home / News / International Spotlight with Jack Mahaffy
Back 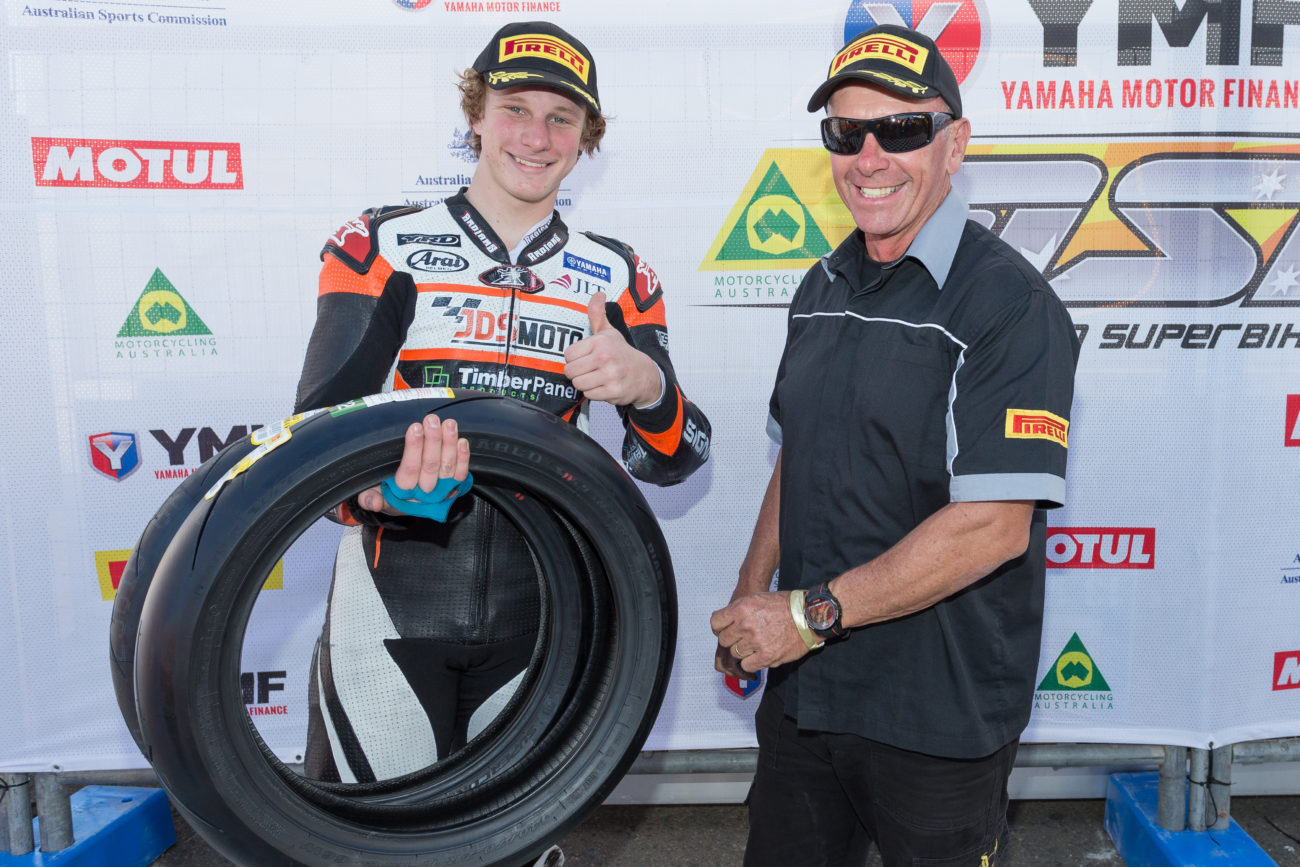 Motorcycling Australia (MA) was lucky enough to sit down with the 2015 Australian Dirt Track Champion, Australian Superbike Championship regular and 2015 Australian MRRDA Junior Road Race Champion, to get the scoop on his experiences overseas. Currently competing in Italy, Jack Mahaffy spoke to MA about his single most motivating force, and how he trains in the lead up to an event.

This year I have been competing in the Italian National Road Race Championship (Italiano Campionato Velocita) on my Yamaha R3 with the Australian JDS Moto Team.

Away from the racing is very different. Especially the food, people, physical training and entertainment in general. But being away from your family and friends has to be the hardest!

There are a lot of things I miss about Australia when I’m gone, but I would have to say my dog, hahahha😂

While I was in Italy my training was very cardio based. So a lot of running, skipping and high heart rate activities. I’m quite tall so staying slim is easiest done with cardio and a strict diet. Also I was able to train on my mini motors during the week at the local go-kart track.

Mugello and Portugal. Mugello was great because I was able to fight for the win, the bike was really great and my team worked great all weekend. Unfortunately that raced ended with a DNF but it was one of my favourite battles of the year. Portugal was my debut in the World Championship. There was a lot of pressure because I’d had never ridden the track, nor the bike and I’d never worked with the team. There was very little track time available but we improved every session I went out in. Against the odds I came from P27 on the grid to P13 fighting with the championship leader and podium regulars. It felt like a win to me because my family, sponsors and I put everything into that weekend. It was great I could end it with a smile! 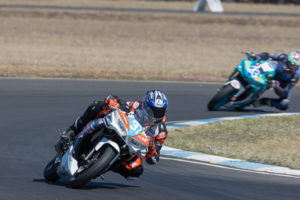 My supporters and family. They are the people I think of when I need to and it’s a beautiful feeling.

I learnt a lot in 2018 and what I had set out to achieve has far been exceeded in my mind. When I look at what my team and I have managed to do is amazing. There was a lot more behind the scenes to make a small Australian team and our families to come over to an Italian country, not knowing anyone, just focusing on the next race. Actually making an impact is an amazing feeling that I’ve been happy to share with the people around me. It’s definitely been one of my most challenging years but now going into 2019 with the knowledge I’ve gained, the people I’ve met and the prospect of continuing my exciting journey is more than anything I could have ever asked for!

It’s difficult to express how thankful I am everyone. I’m humbled to share such an amazing passion with great people.

Well the closest thing to a motorcycle would be anything else with 2 wheels, so that😂. I love anything that involves an adrenaline rush and doesn’t involve heights.

I’m terribly uncoordinated and my friends often wonder how in the world I’m capable of racing motorcycles.