You are here: Home / News / International Rider Wrap Up September 8, 2020
Back 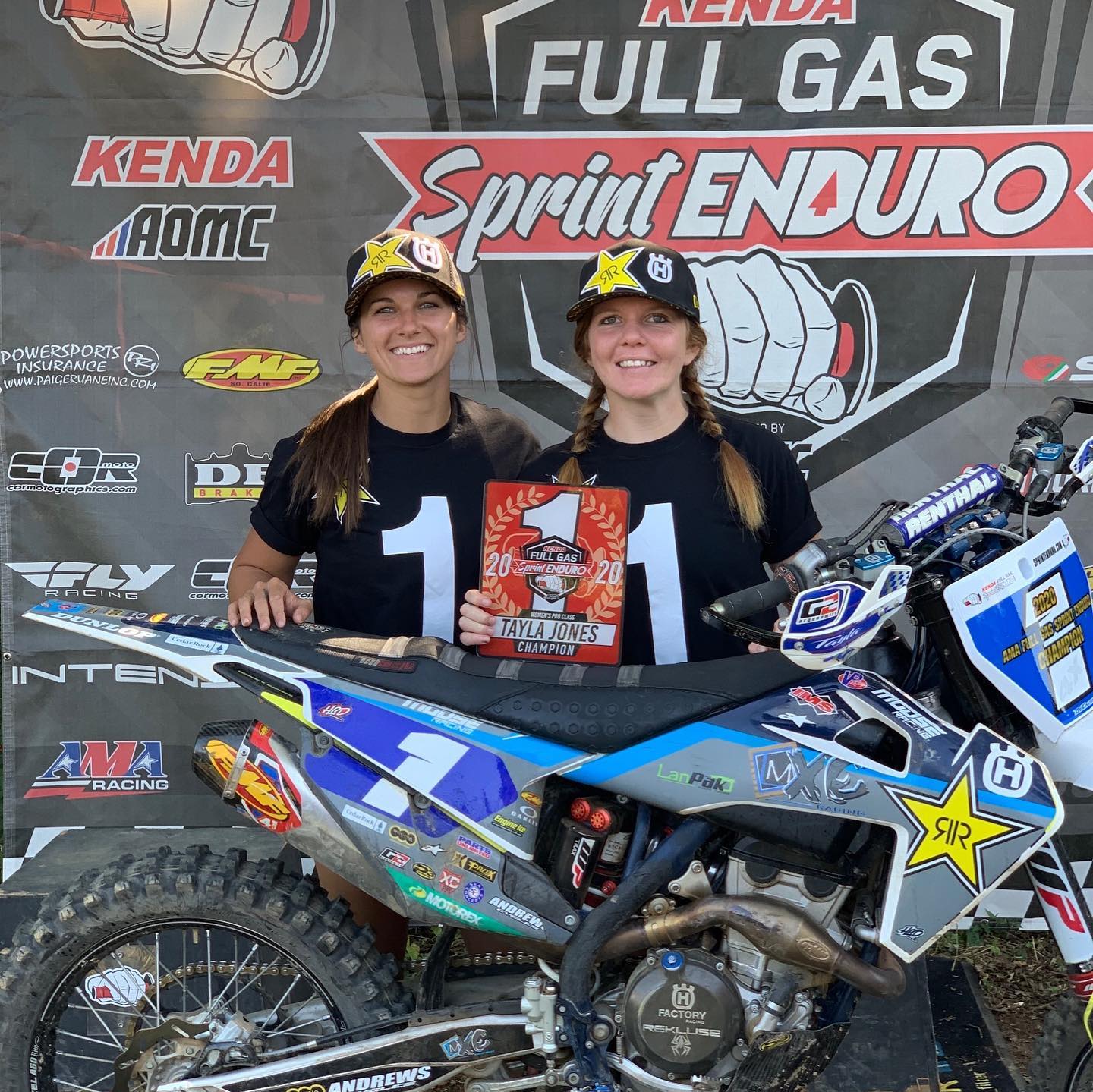 There was plenty of action over the weekend across the world with our Australian riders flying the Aussie flag proudly.

Mitch Evans – scored two top ten finishes (7th and (9th) in the MXGP class and is feeling confident on the bike. 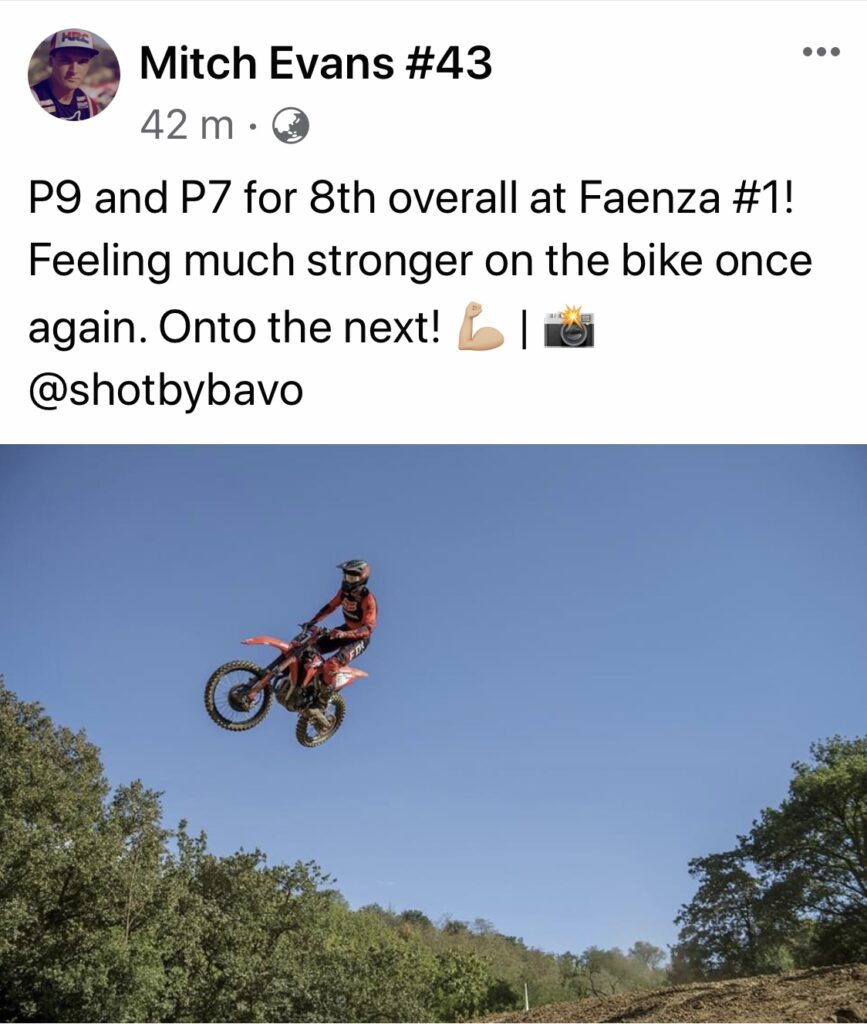 Jed Beaton – was blasted by roost in both races but managed to secure two 6th places in the MX2 class. 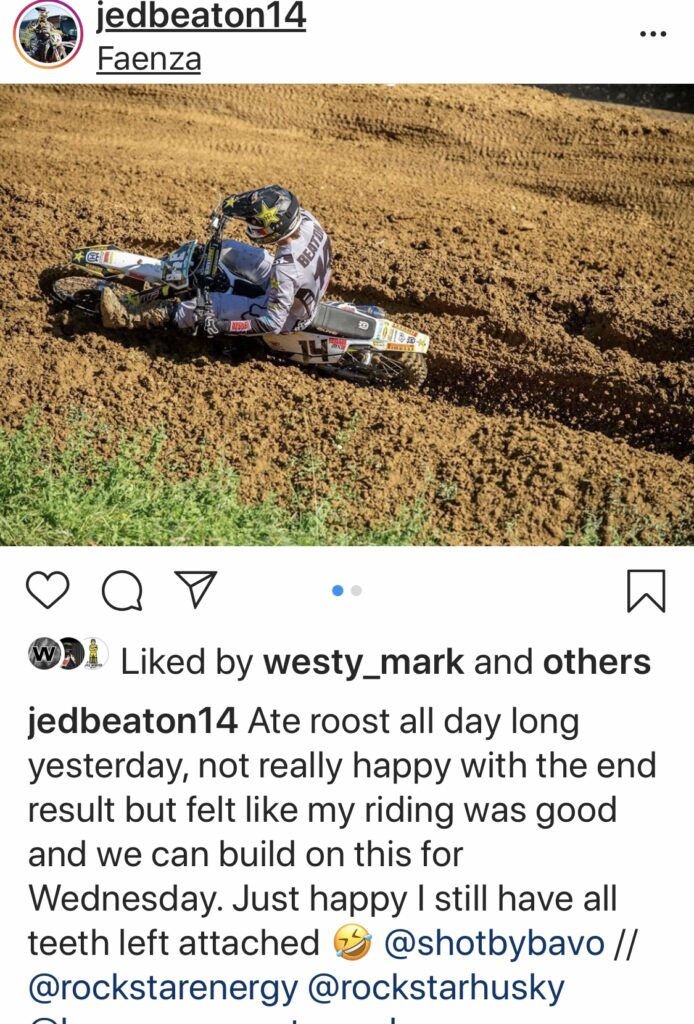 Bailey Malkiewicz – had a tough weekend, crashing out in moto 1 but scored a 15th place in the MX2 moto 2. 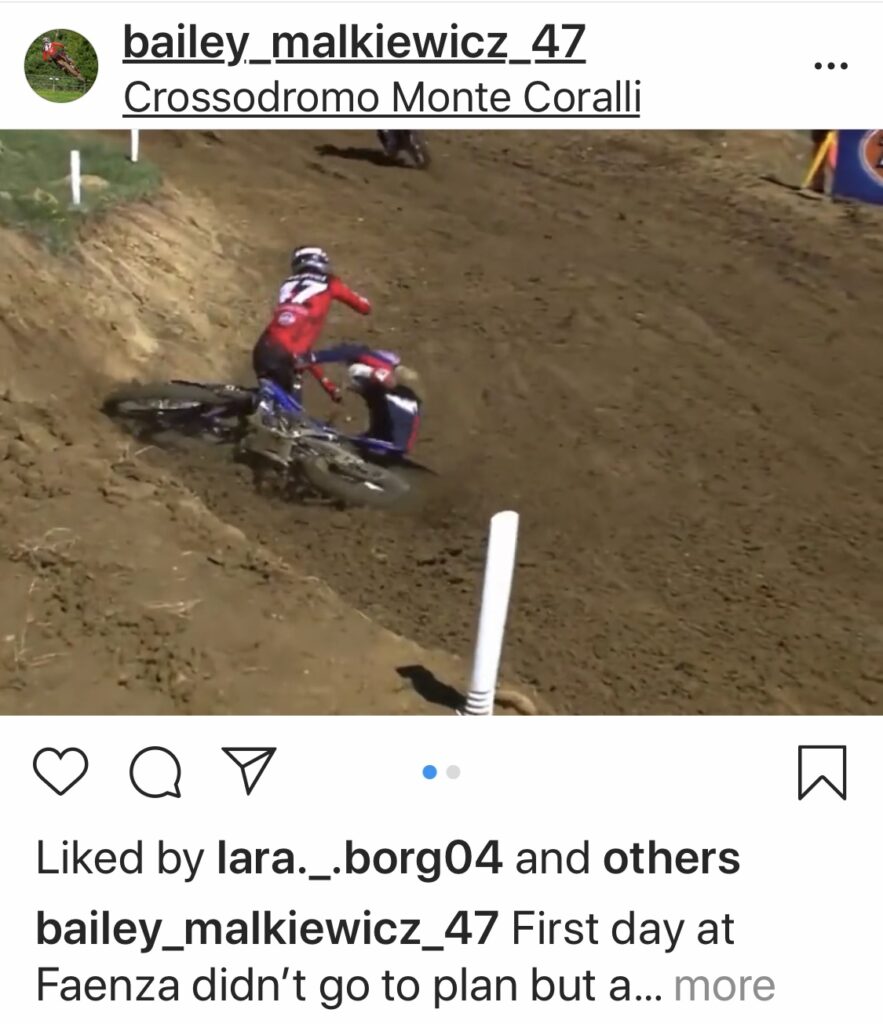 Nathan Crawford – had a rough weekend scoring a 16th place in race 1 and crashing out in race 2. 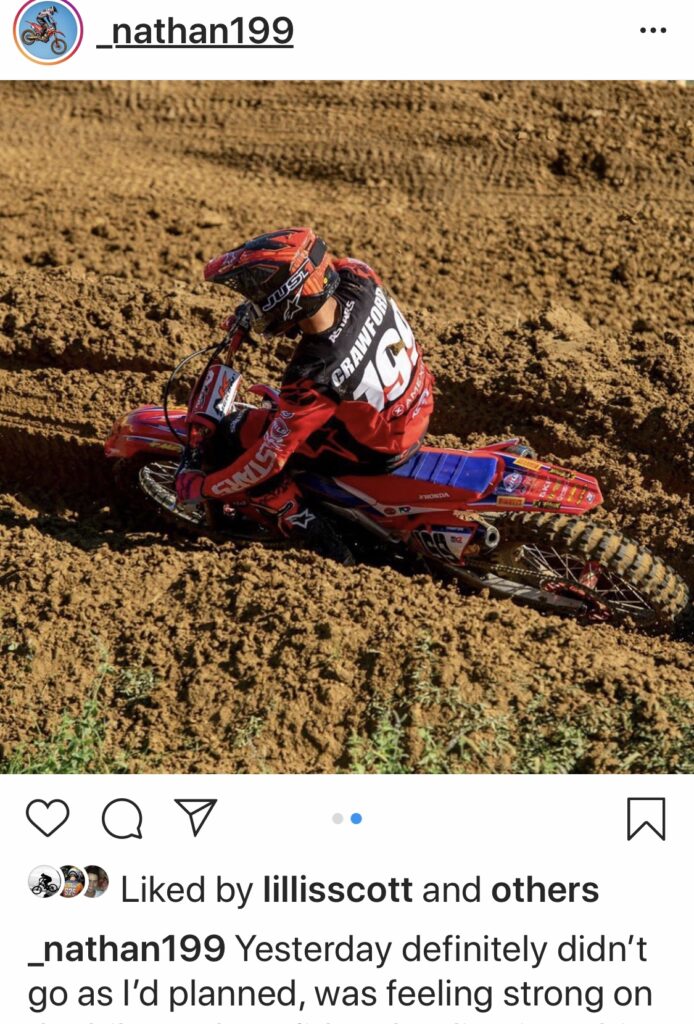 Tom Bramich –  made some positive gains at Aragon last weekend and is keen for the next round at Barcelona after a 22nd in race 1 and a DNF in race 2. 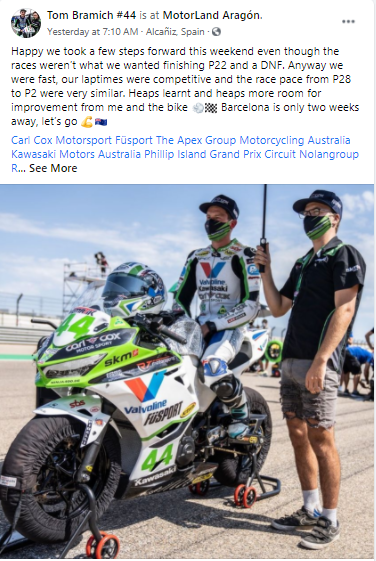 Tom Edwards – had a difficult weekend with qualifying and avoiding a crash during  race 1 finishing 17th, and 24th in race 2. 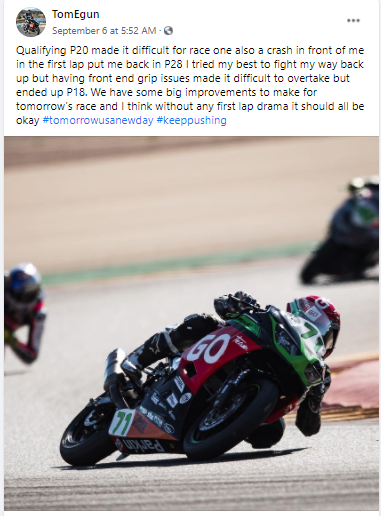 Lachlan Epis – had another tough weekend with a DNF in race 1 and 18th in race 2. 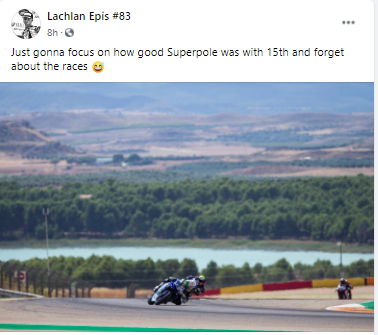 Sharni Pinfold – despite some mechanical issues over the weekend, scored an 8th place. 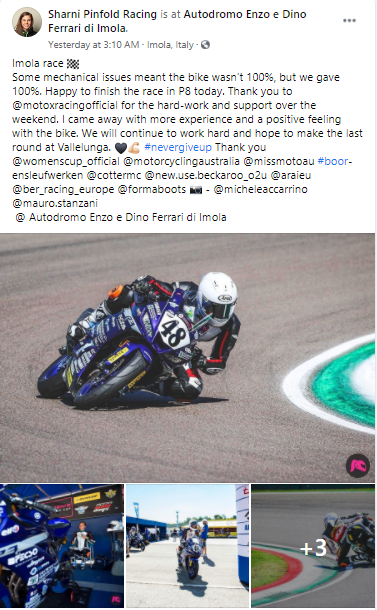 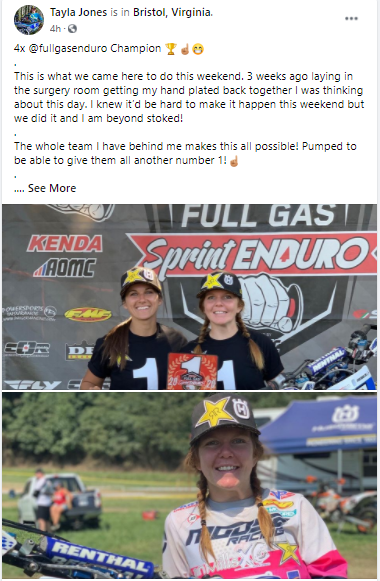 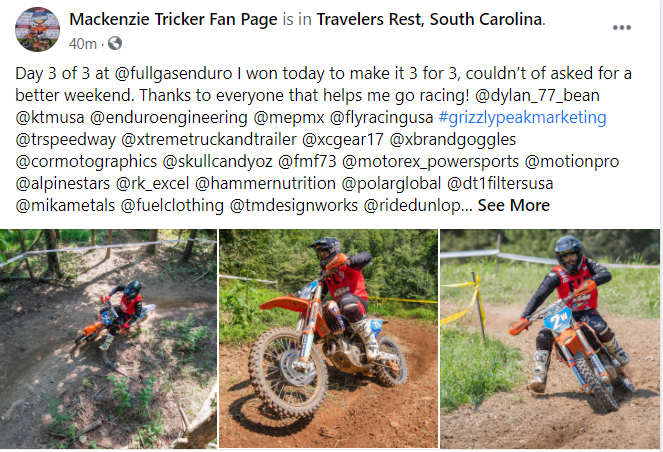 Jason O’Halloran – scored three 3rd positions over the weekend getting back to solid form. 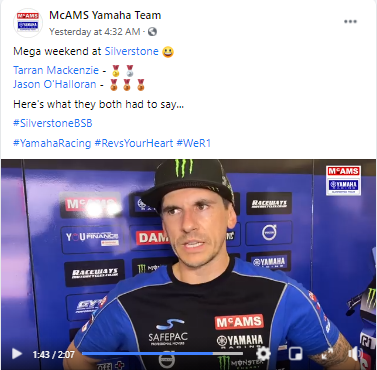 Josh Brookes – had a tough weekend scoring two 6ths and 2nd in the Superbike class and now sits 2nd in the Championship. 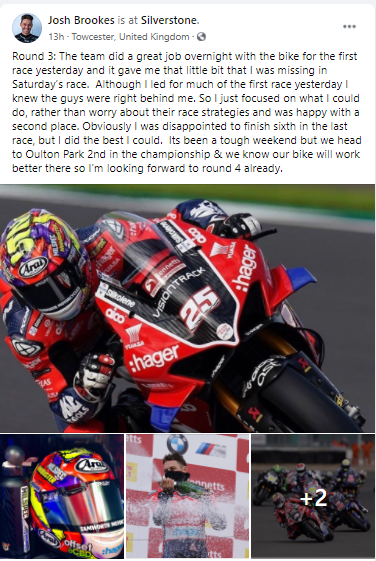 Ben Currie – scored a 6th and 5th in the Supersport class and is very happy with how his bike and form is progressing. 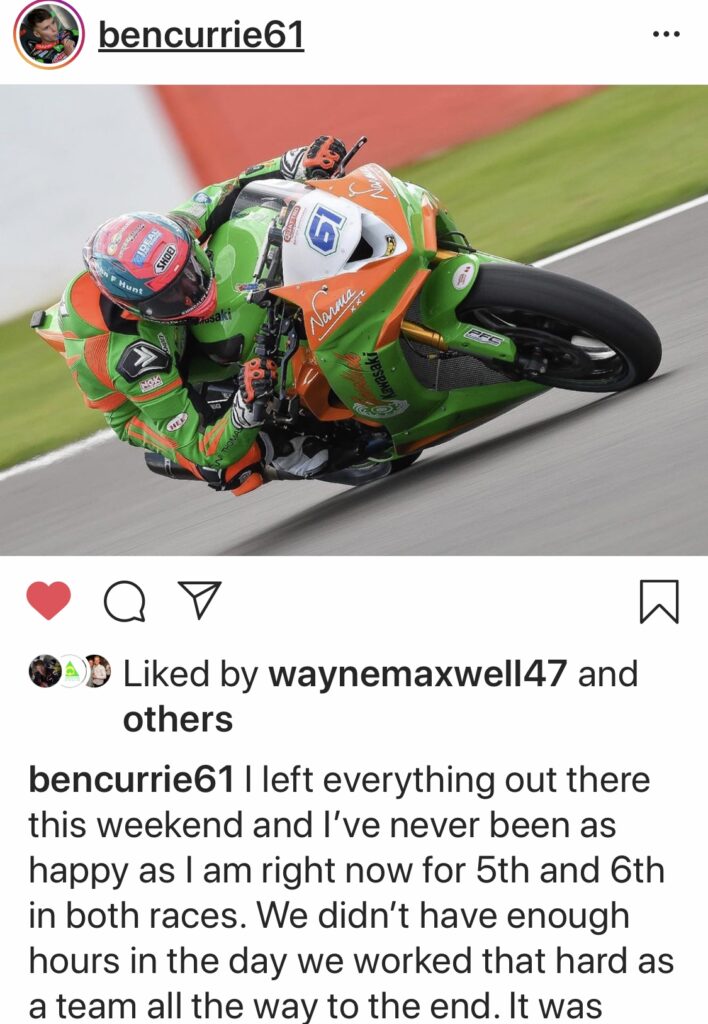 Billy Mcconnell – finished 9th in race 1 and scored a 4th in race two in the Superstock 1000 class.

Levi Day –continued his scintillating form scoring a 2nd in race one and taking his first win of the season in race 2 in the Ducati TriOptions Cup.

Seth Crump – had a tough weekend crashing in qualifying, but managed to climb from 19th to 4th in race one, before a mechanical issue caused a DNF in race 2. 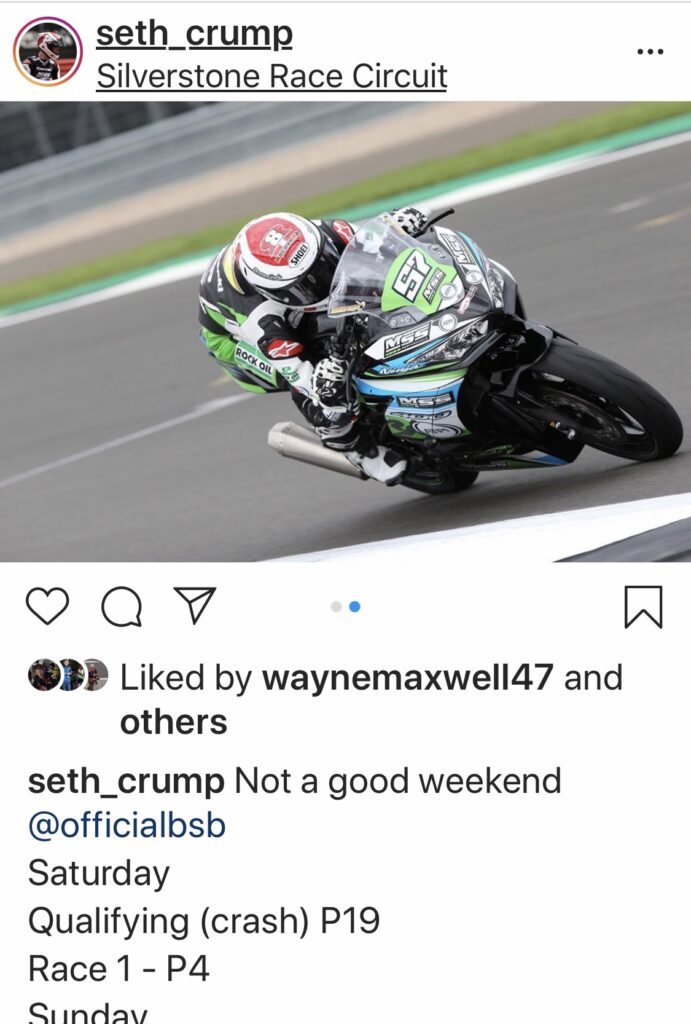 Jett Lawrence – scored a 3rd and an 8th at RedBudII aboard his 250 pushing the young Aussie into 7th in the Lucas Oil Pro Motocross Championship. 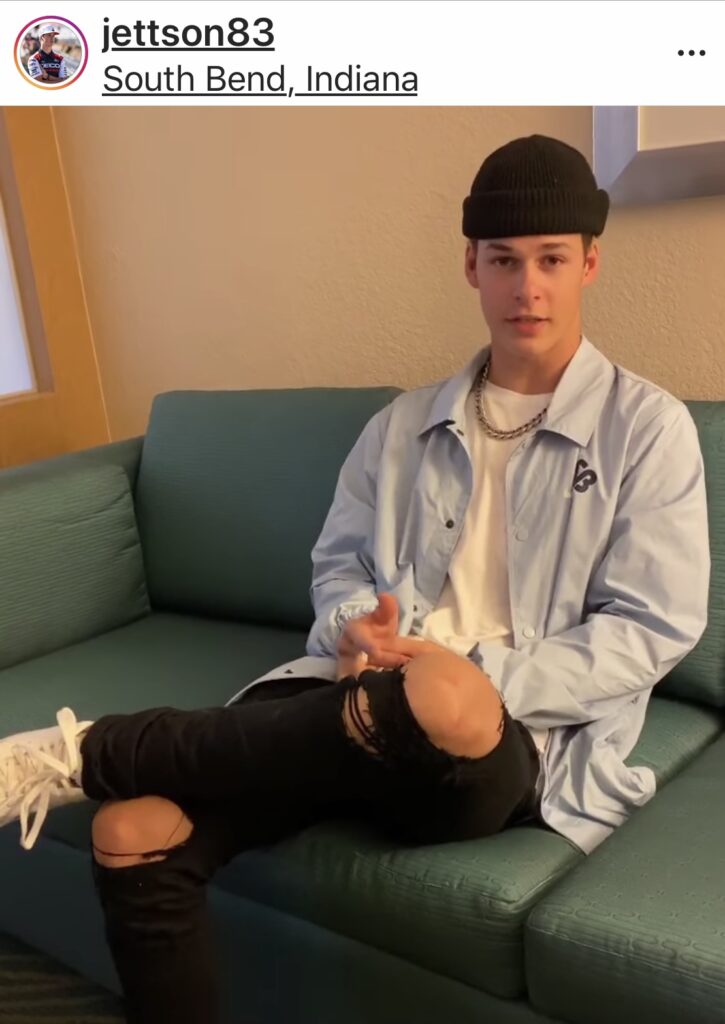 Hunter Lawrence – had a rough day on track finishing 12 and 26th and sits in 18th in the championship. 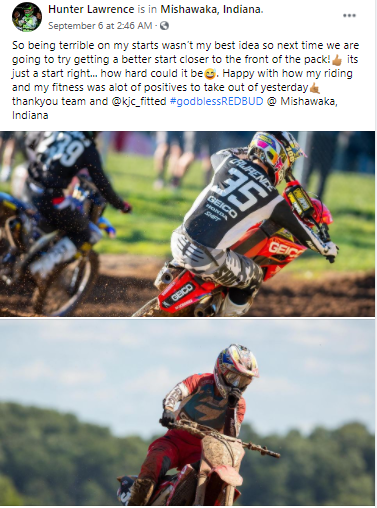 Jack Holder – continues to impress in Poland, with one local media outlet describing his riding as “beautiful” in his guest ride for Bermuda Steel team. 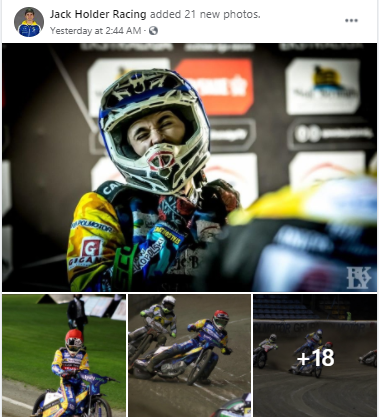 Josh Pickering – while he is back on the bike training, the body has been copping some wear and tear and he has been getting some physio work to help in recovery. 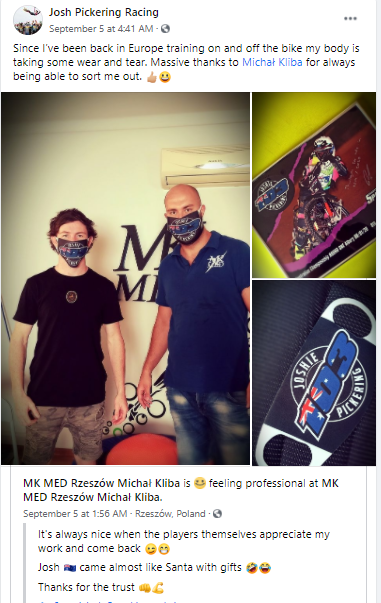 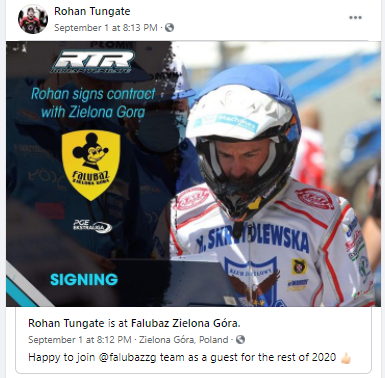 Max Whale – despite usually struggling on the short track, scored another podium, 3rd, and a 4th on the weekend at Springfield, USA, to now sit in 2nd place in the Championship. 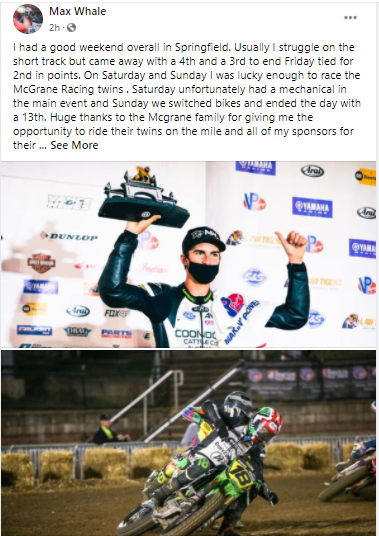