Australian riders competing overseas had solid results on the weekend with a number of podium placings for our Aussie riders.

Jason Doyle – was back to his best in sensational style on the weekend with a double header SGP scoring a 2nd in round 3 and 3rd in round 4. You can check out Jason’s heart stopping second place race here https://www.facebook.com/speedwaygp/videos/2720040794990307 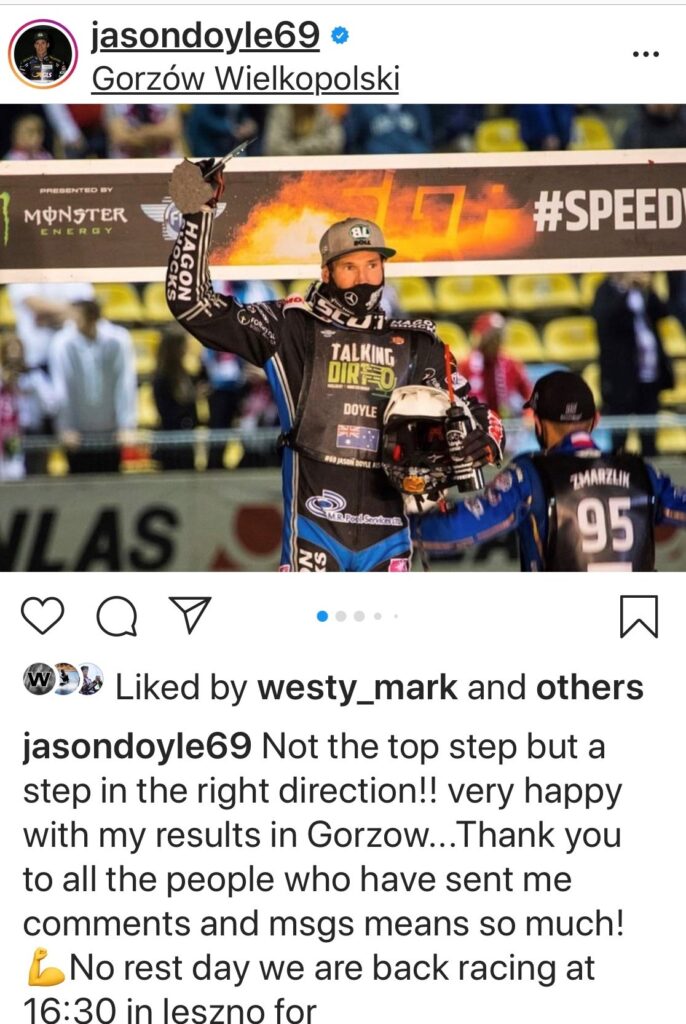 Max Fricke – is getting back to form narrowly missing a semi-final spot and will be keen to hit the track this weekend in the Czech Republic for the next two rounds. 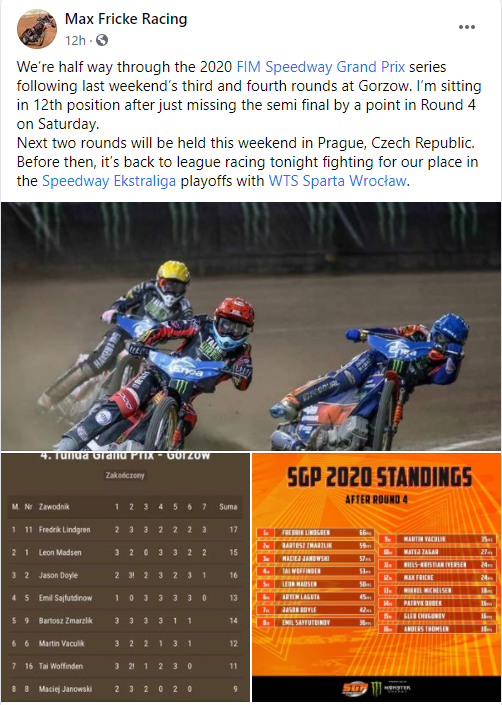 Jed Beaton – was flying high on the weekend after a 3rd place in moto2 and and a 4th in the first moto, scoring 3rd overall to record his first 2020 podium. The Australian now sits in 4th place in the MX2 Championship. 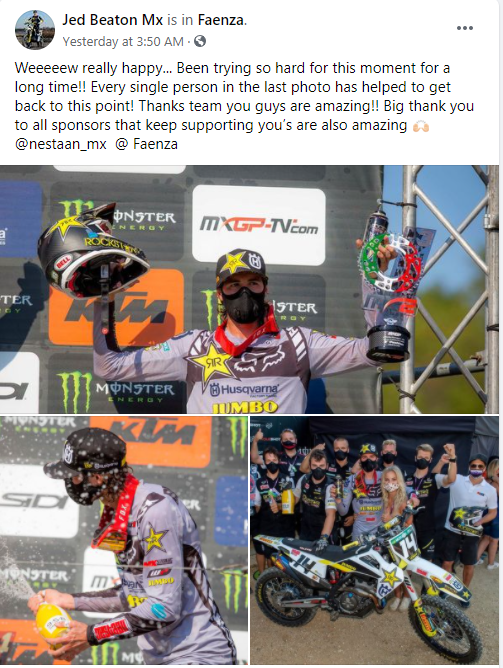 Bailey Malkiewicz – had a difficult weekend in Italy scoring a 12th and 21st in MX2, to sit 24th in the Championship. 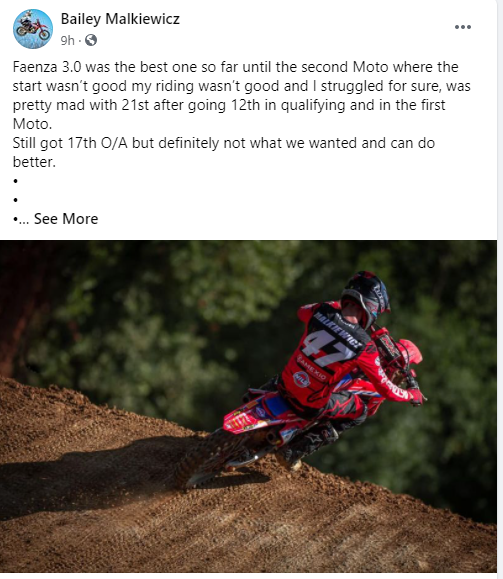 Remy Gardner – was to start from pole in Moto2 at San Marino, but a massive high side during morning warm up saw the Aussie out of the race and today undergoes surgery having suffered a broken thumb and three fractures in his left foot. 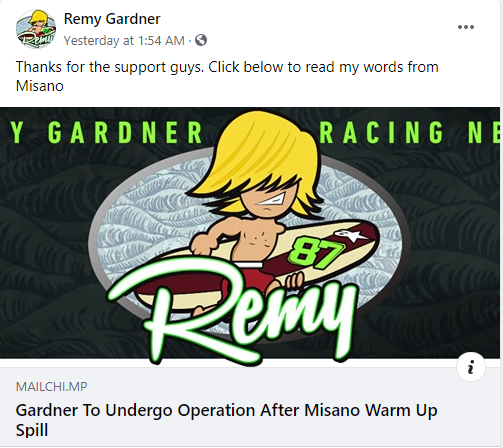 Jack Miller – burned up his tyres early in the race and slipped from a podium position back to 8th. The young Australian sits 3rd in the Championship only 12 points behind leader Andrea Dovizioso. 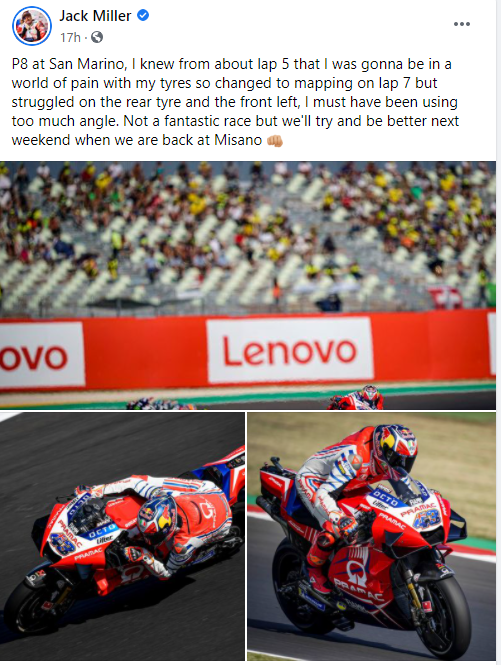 Chris Holder – continued to score some valuable points for his team Sparta Wroclaw. 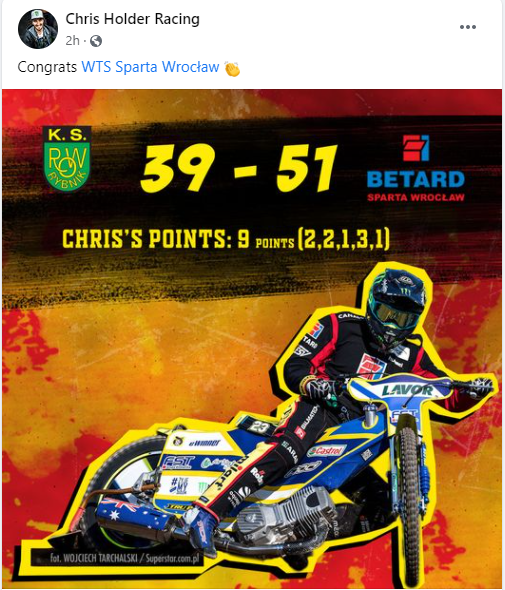 Jack Holder – again set the track on fire having a great day out for his Torun team. 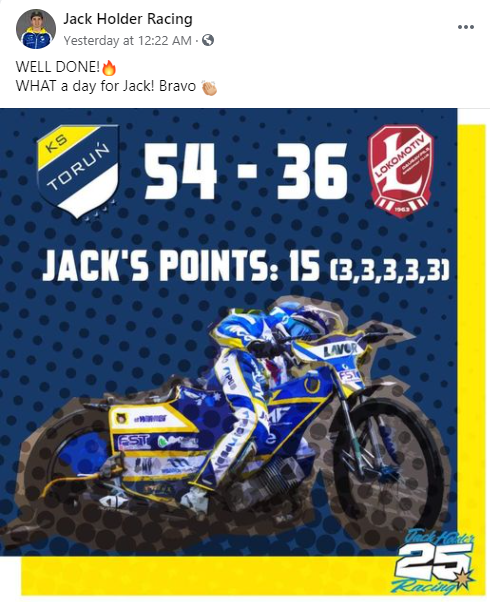 Jaimon Lidsey – and his team Unia Leszno are now into the playoffs in the Polish Ekstraliga. Jaimon has consistently scored well for his team at the business end of the season. 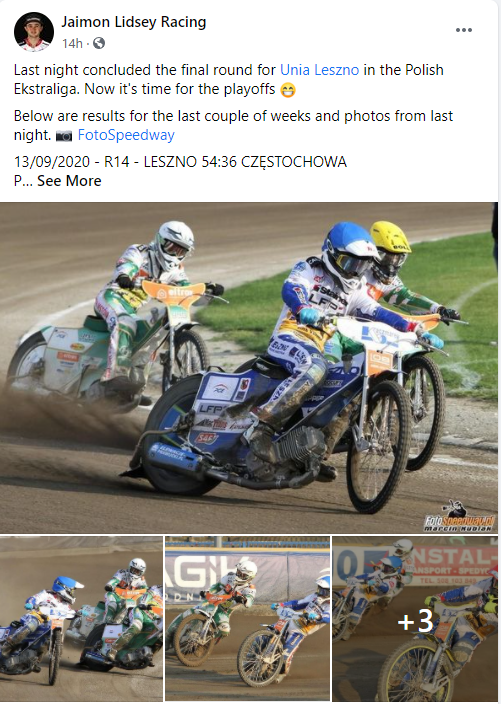 Rohan Tungate – is riding well and again scored a bag of points for his team Lejonen. 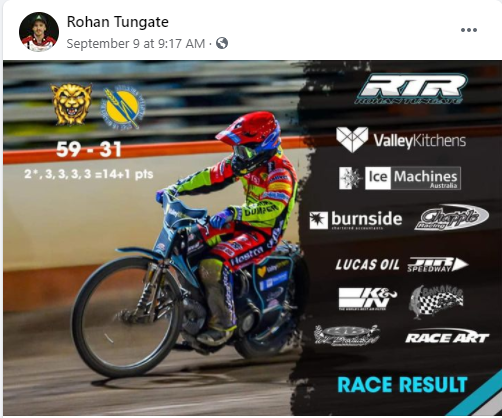 Sam Masters – is having a sensational season in Poland and remains unbeaten. 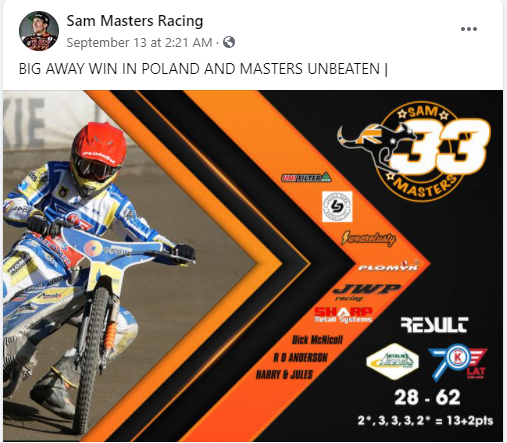 Zane Keleher – who hasn’t been able to race in the UK this year due to COVID-19 clearly has a great sense of humour.

Harry Khouri – had a weekend to forget having been slammed off the track in race 1 by another rider as he entered a corner while fighting for a podium finish and in race 2 lost the front end in the closing laps as he chased down the leader. 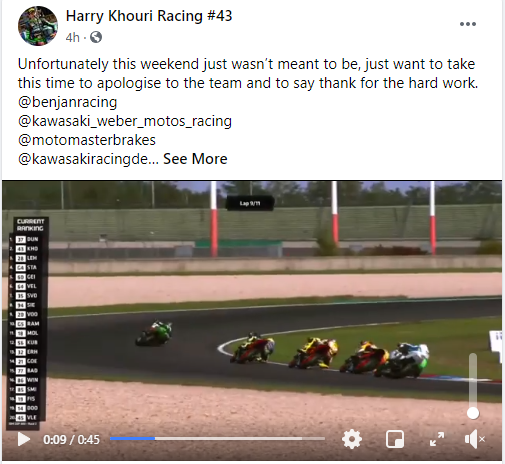 Max Whale – had a difficult weekend on track scoring a 5th and 7th to now sit in 3rd place at the half way point of the American Flat Track Championship. 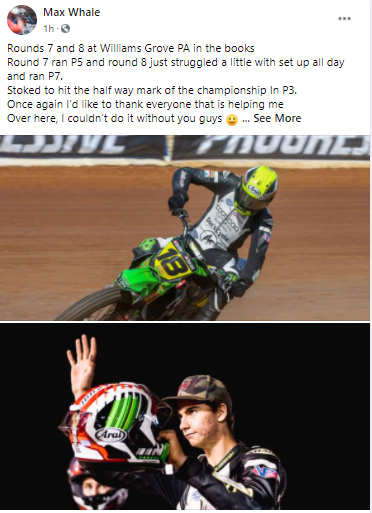 Toby Price – has landed in Spain and hasn’t wasted a moment in preparing for the 2021 Dakar Rally getting into training. 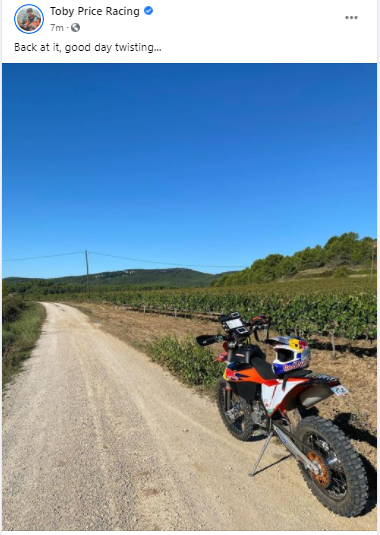 Trevor Wilson – contemplating what to include in his tool box as he prepares for Dakar. 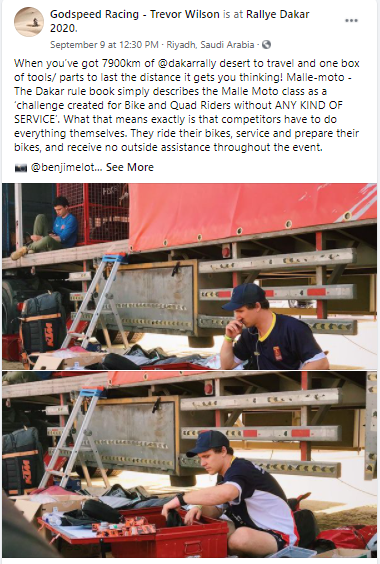 Andrew Houlihan – will compete in the 2021 Dakar Rally having finally been given travel exemption by the Federal Government. You can read more here https://www.speedcafe.com/2020/09/15/albury-rider-andrew-houlihan-gets-dakar-start/