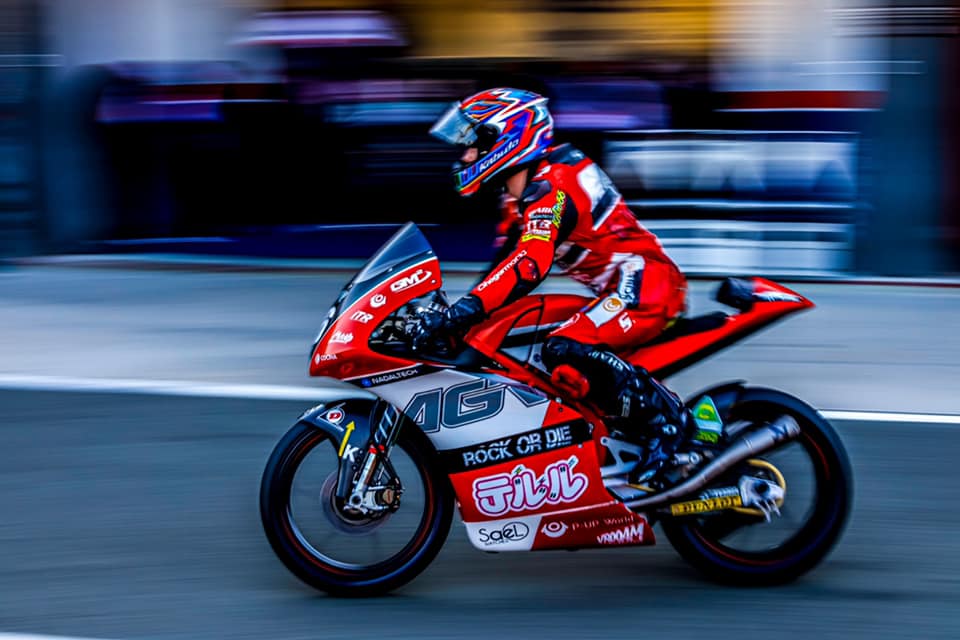 With Championships winding up around the world, our Australian riders continue to score fantastic results in what has been a very tricky year for our Aussies competing overseas.

While some Australians are still racing, others are signing new contracts for 2021.

Josh Hook – will stay with FCC TSR Honda for 2021 after a solid 2020 year continuing his strong relationship with the team. 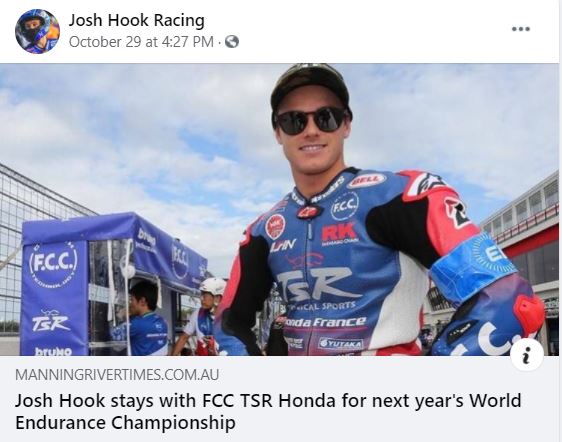 Jed Beaton – scored a 3rd and 9th in the MX2 class in Trentino and hits the track again today for the MXGP of Europe in Mantova where he hopes to score solid results. 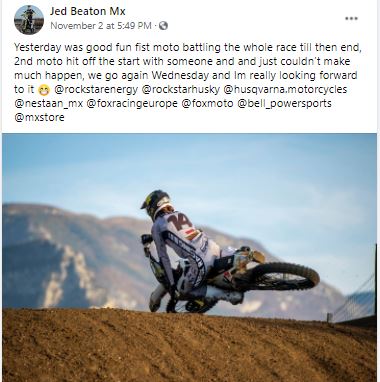 Bailey Malkiewicz – had some tough battles on track and scored a 12th and 24th and will be looking to scored some valuable points in Mantova.

TJ O’Hare –  finished off the 2020 season on a positive note as she sealed 10th overall in the FIM WMX World Championship and was the highest placed Australian. 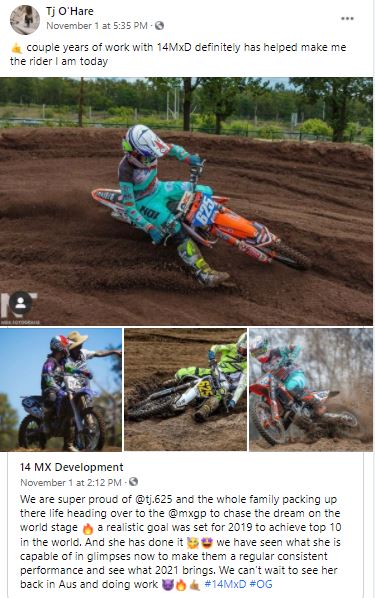 Joel Kelso – scored his first top 10 of the year at the final round wrapping up his championship in 18th place. The young Australian has plenty of talent and will now focus on 2021. 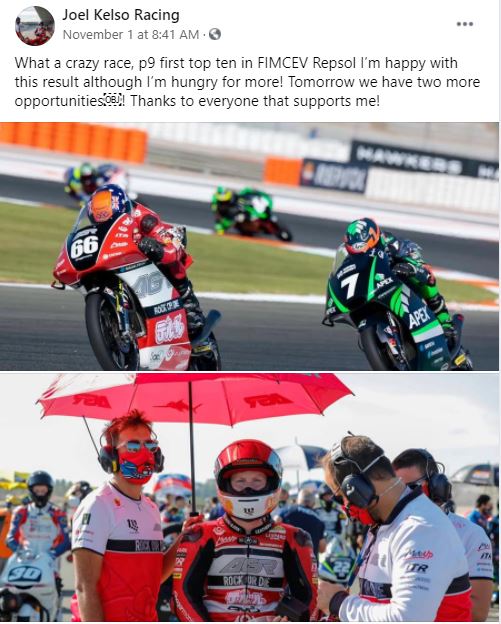 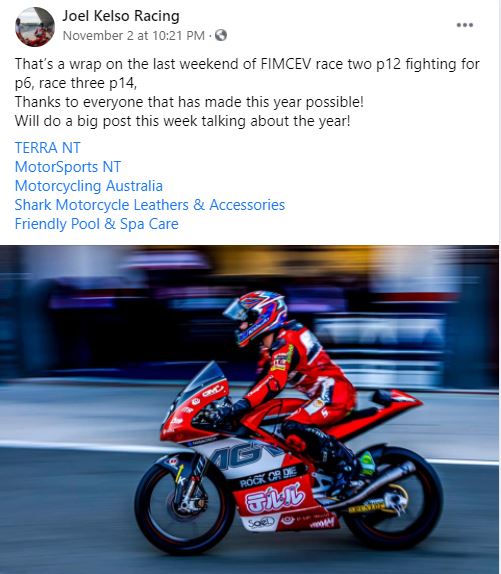 Senna Agius – had a tough year in Moto3 but the talented young Australian has a big future ahead of him, finishing 29th in the Championship.

Billy Van Eerde – having only just come back from injury put in another solid performance scoring an 8th in race 1, unfortunately in race 2 he crashed and later discovered he had fractures in his hand meaning he missed the last round of the Moto3 Championship where he finished in 22nd. He’s hoping to be back for the last two rounds of the Red Bull Rookies Cup. 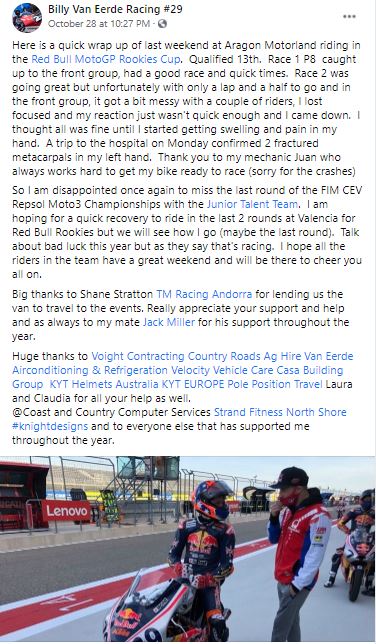 Harrison Voight – ended his season on a high finishing in 9th in race 2 after a DNF in race 1, finishing in 8th in the Championship. The young Australian has shown he can mix it with the front runners, and is looking forward to 2021. 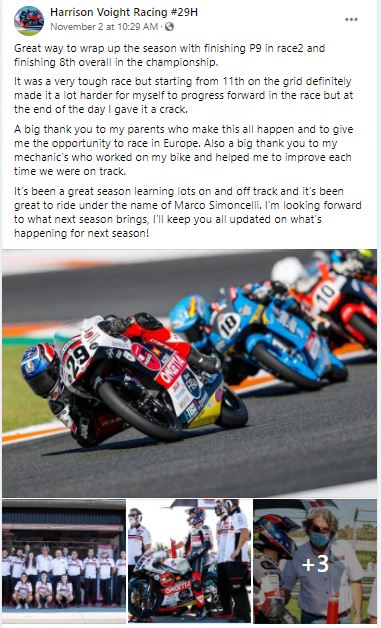 Jacob Roulstone – scored a 15th placing in his last race of the season in a hard year for the young Aussie, finishing the Championship in 17th place. 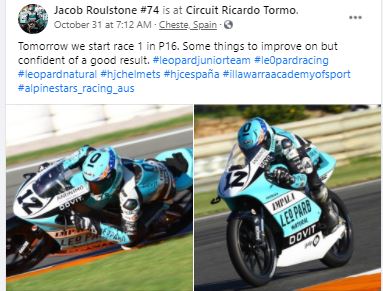 Andy Wilksch – in his first Italian Enduro finished in 33rd overall after suffering a crash the previous weekend. 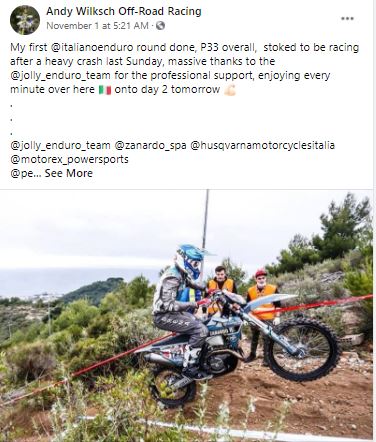