In what could only be described as not ideal track conditions, Team Australia (Jason Doyle, Max Fricke and Jaimon Lidsey) did Australia proud finishing in 5th position in the Speedway of Nations which was called off mid-way through the night due to rain and poor track conditions. 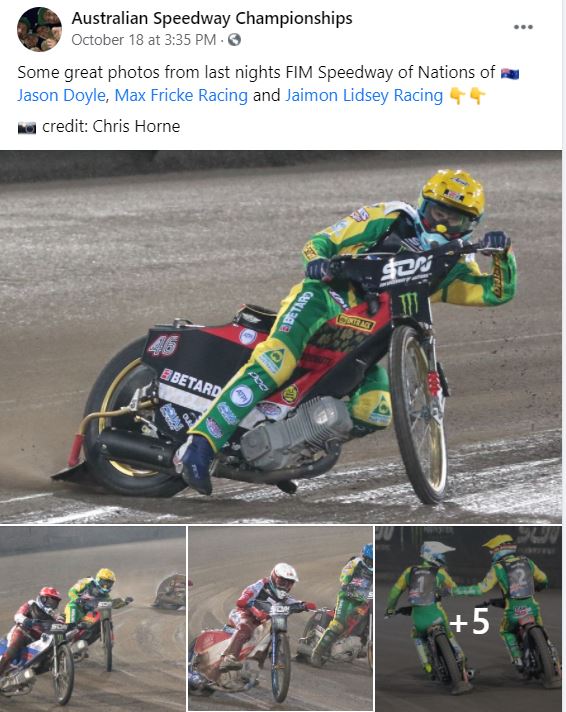 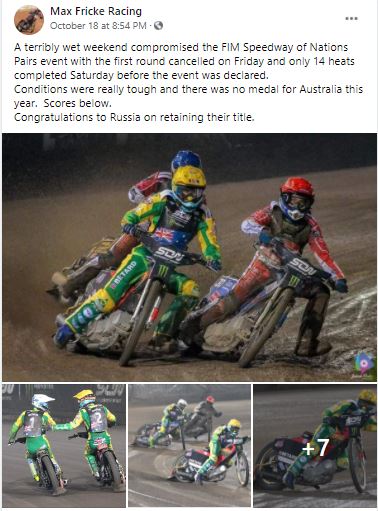 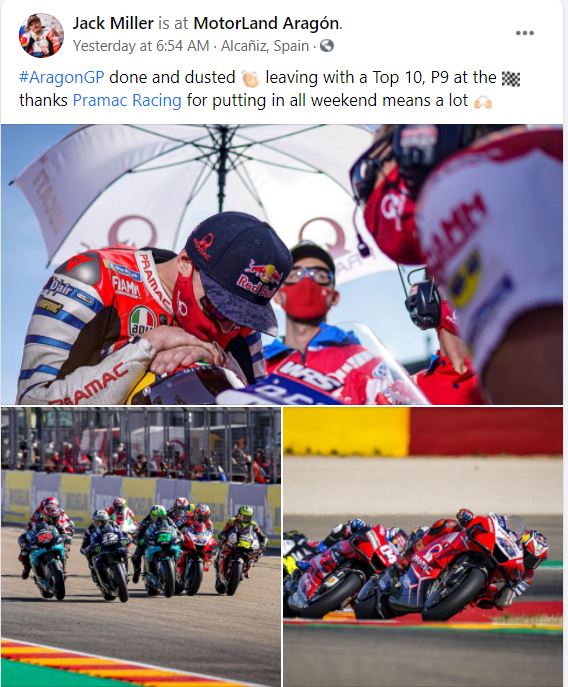 Remy Gardner – scored a 5th position in Aragon moving up to 8th in the Moto2 Championship and at the business end of the season is looking more and more confident on the bike. 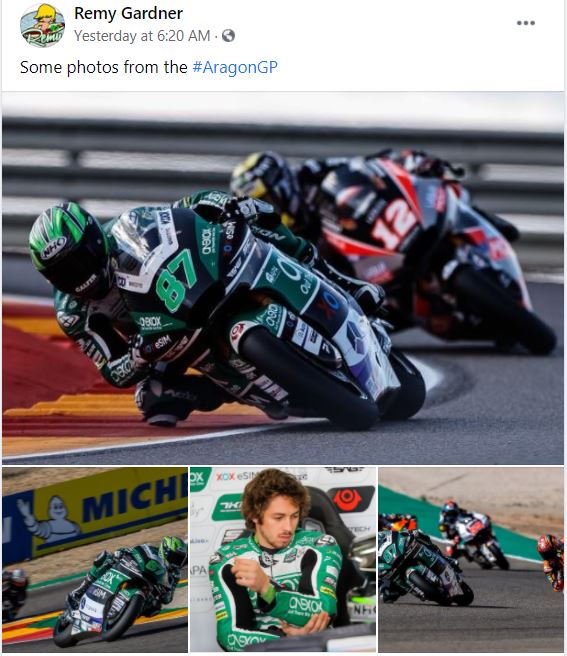 Tom Bramich – was having a great run at Estoril before being taken out by another rider in race one, and after a medical all clear managed a 19th in race 2. 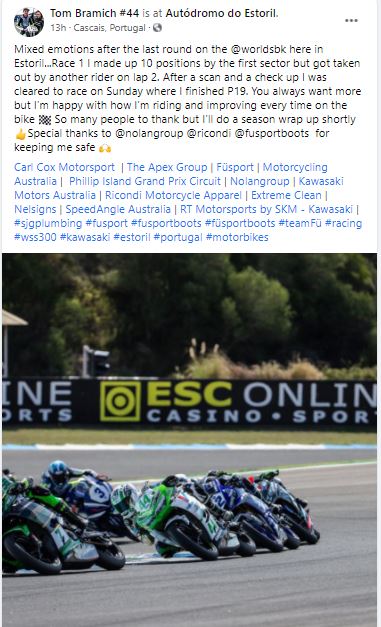 Mitch Evans –  Having crashed at the MXGP in Spain, underwent surgery on his broken wrist last week and will be looking to get back on the bike as soon as possible. 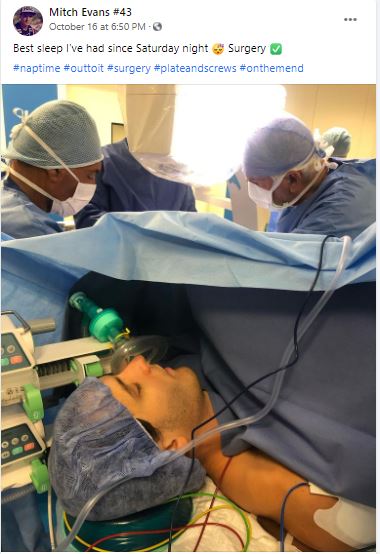 Kyle Webster –  had a difficult first MXGP being smashed out of race one on the first corner, and in race two his kneck locked up from the previous race and finished in 28th.

Jed Beaton – was disappointed in his two 7th places in the MX2 GP in Lommel. Beaton is back on track tomorrow and will be looking to improve his results. 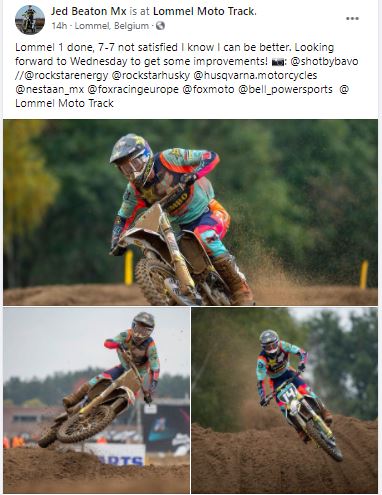 Bailey Malkiewicz – had a disappointing race one, but in race two climbed his way up to 15th.

Josh Brookes – a former ASBK Champion, wrapped up his season in fine style at Brands Hatch securing the 2020 Bennetts BSB Championship flying the Aussie flag proudly. It is the second time the Australian has secured the Championship having won it in 2015.

“It feels awesome to win the title and a lot of my talking was done out on the track today. When I’m under pressure, I seem to be able to find that little bit more and get the results when I need to, which is exactly what I’ve done today,” said Brookes after his win.

“It’s been a hard fought year and I was pushed hard all weekend but the bike worked really well, especially on Sunday and it felt natural to go out there and win so a big thank you to everyone at the PBM team.” 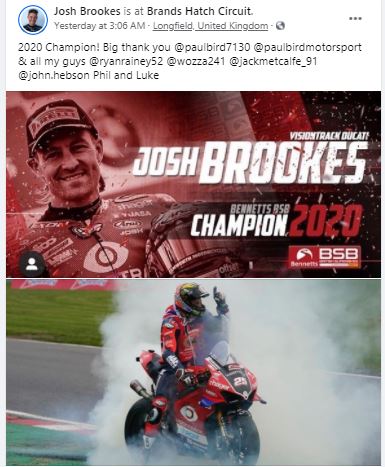 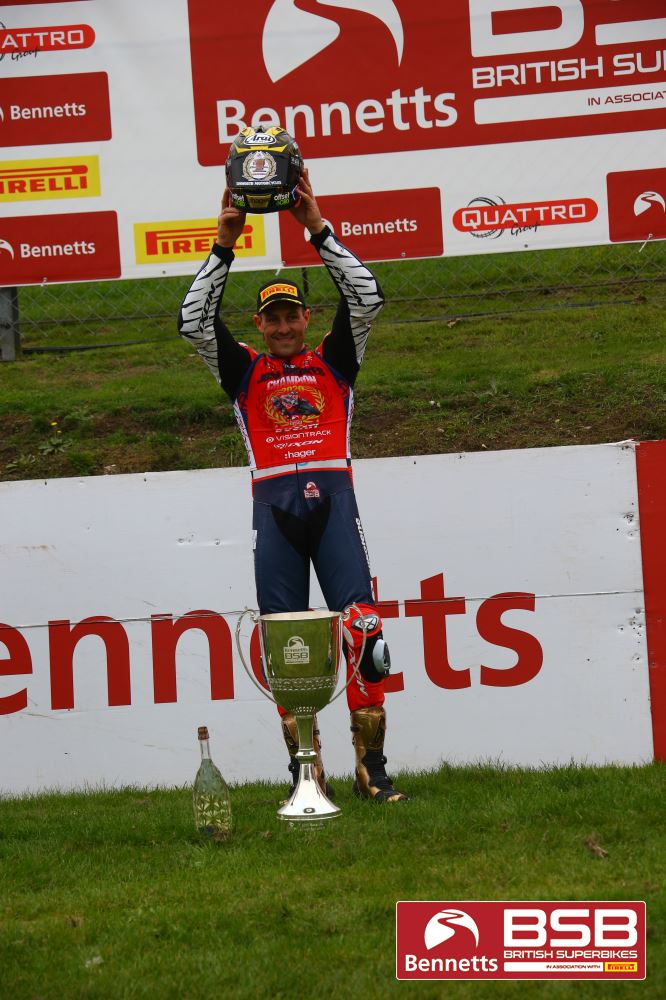 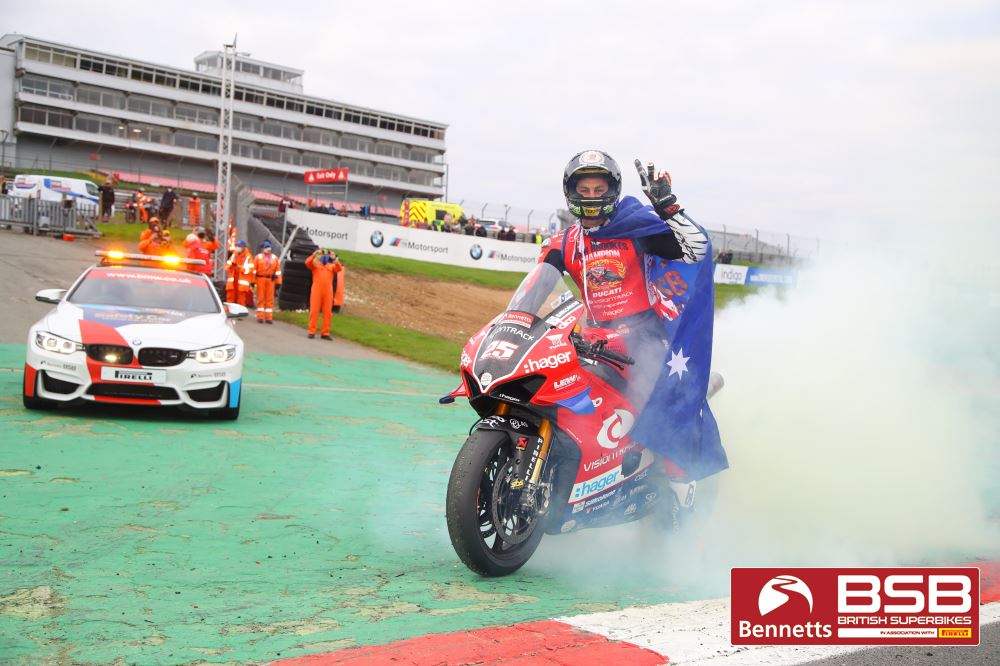 Jason O’Halloran – finished in second place in the Superbike Championship after a spectacular season making it an Aussie 1-2 in the Championship. 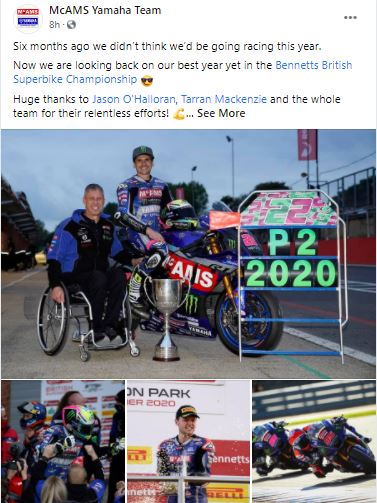 Tom Toparis – had a frustrating weekend at Brands Hatch in the Supersport class not finding the settings he needed to feel comfortable and attack the circuit finishing 9th and 10th. 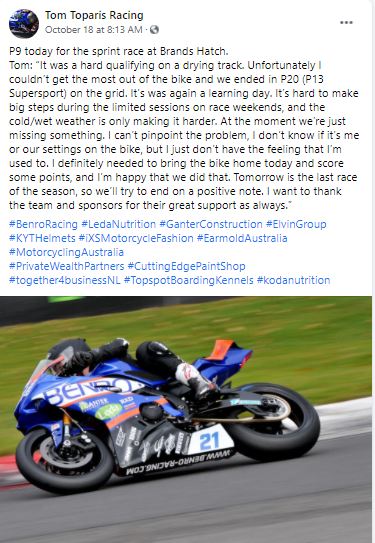 Ben Currie – was back on the podium after scoring a 2nd and 4th for the weekend to finish 8th overall in the Supersport Championship.

Levi Day – finished second in the Ducati Trioptions Cup only 7 points behind the leader to finish a spectacular year for the young Australian.

Billy McConnell – narrowly missed out finishing in the top three of the Pirelli National Superstock 1000 Championship, but is determined for a better result next year. 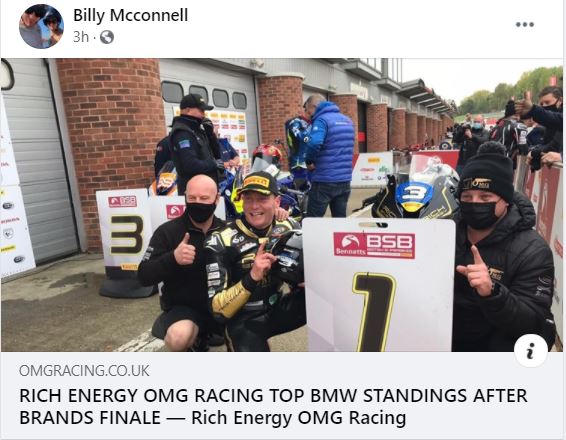 Brayden Elliott – while disappointed in his result on the weekend has plenty of positives to take away from the season proving he can run with the top runners.

Seth Crump – had an amazing season, finishing 2nd in Junior Supersport Championship in his first year in the UK. 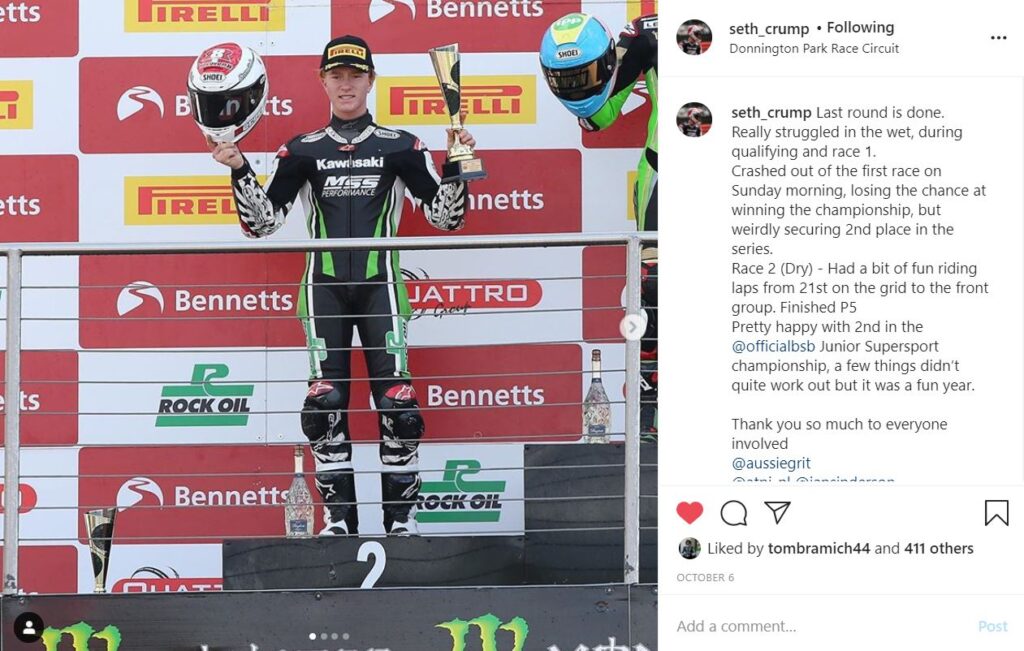 Jack Mahaffy – wrapped up his last round of the season in the Campionato Italiano Velocità at Vallelunga fighting in the top ten. The young Australian is already working on plans for next year. 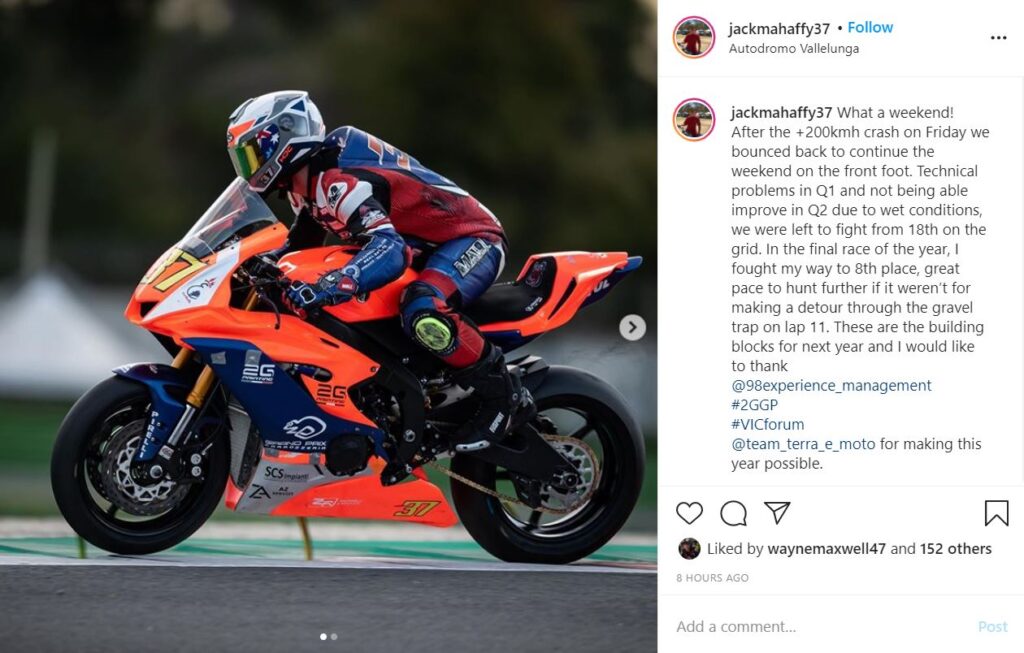 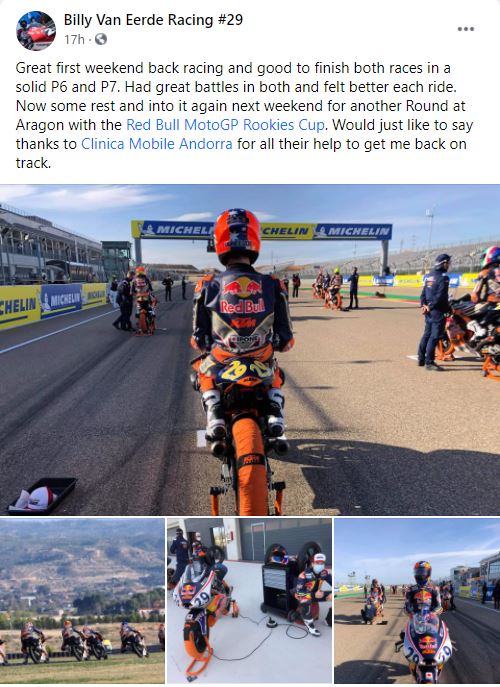 Josh Strang – still recovering from injury, and having missed a few weeks of competition, put in a great effort at the Full Gas Enduro at Silver Hawk Plantation in Buffalo, South Carolina, to finish the season in 3rd place. 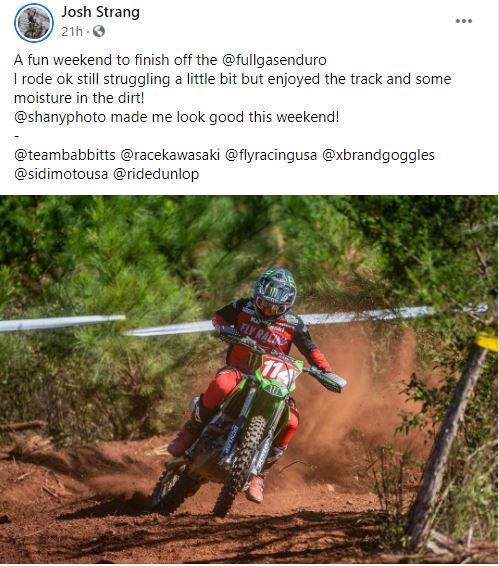 Tayla Jones – while still recovering from surgery, couldn’t race last weekend but had wrapped up the Championship at the last round. 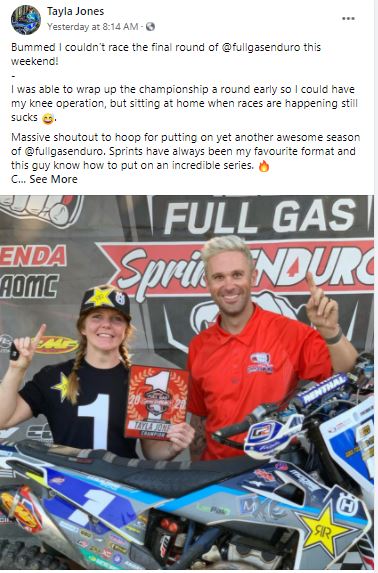 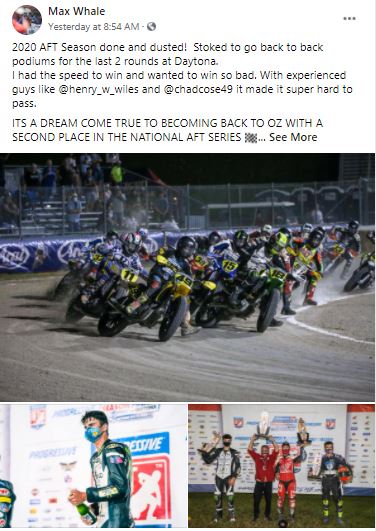