You are here: Home / Important Announcements / International Rider Wrap-up May 25, 2021
Back 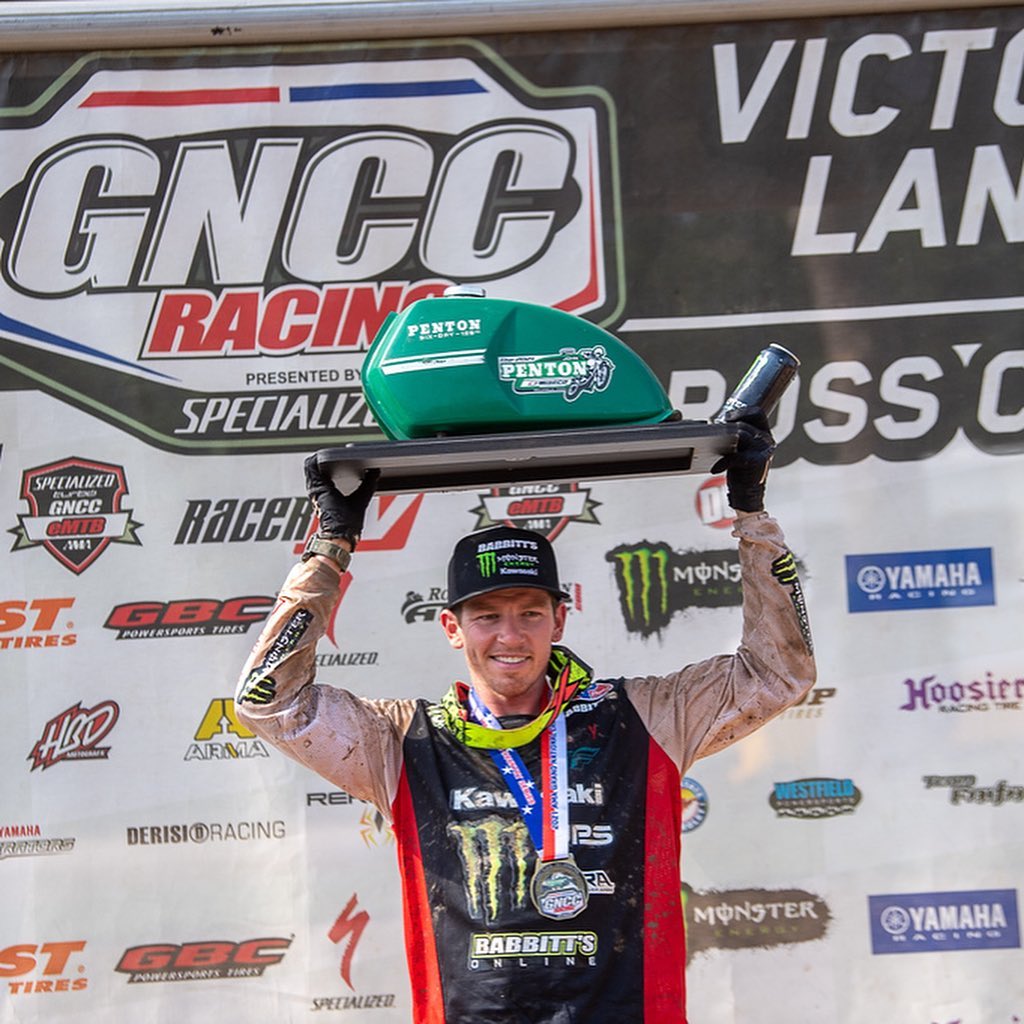 There was a mixed bag of results for our Australian riders competing overseas this past week, while some triumphed, others are now hard at work preparing for their next competition. 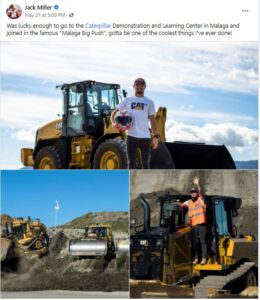 Jack Miller – is a master of two wheels but this past week he dabbled in the big four wheel variety, jumping aboard some Caterpillar machinery. 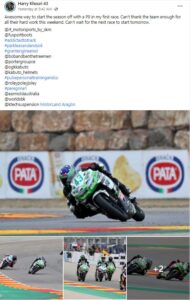 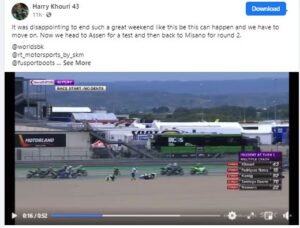 Harry Khouri – in his first WorldSBK SSP300 competition suffered both highs and lows over the weekend. The young Australian and current ASBK Supersport Champion scored a sensational 9th place in race 1, but in race two was involved in a first corner crash, but managed to get back on the bike and finish in 28th place and now sits 12th in the Championship. 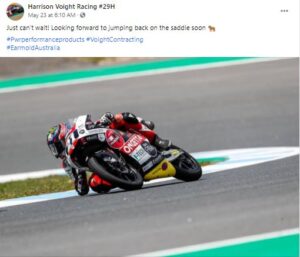 Harrison Voight – is eager to get back on track for the Moto3 Championship. 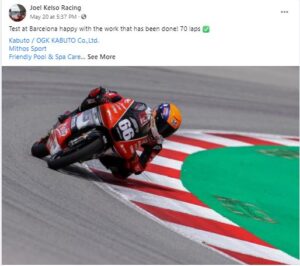 Joe Kelso – is happy with his recent test session at Barcelona and will be hoping to make some improvements for the next round. 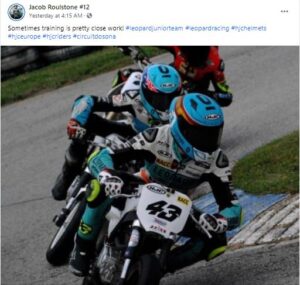 Jacob Roulstone – always looking for an extra edge on the track, was hard at training earlier this week. 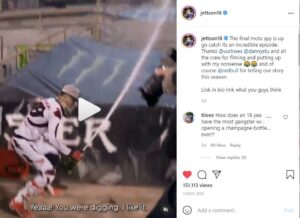 Jett Lawrence – is pretty happy with the latest Red Bull video featuring himself and brother Hunter. 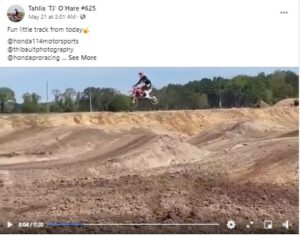 Tahlia O’Hare – has been ensuring she will be in tip top shape when the season commences hit the track for crucial practice. 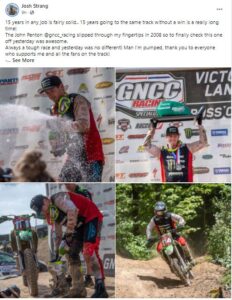 Josh Strang –  dreams to come true. After 15 years Josh has conquered the John Penton GNCC. Strang said: it’s “always a tough race and yesterday was no different! Man I’m pumped, thank you to everyone who supports me and all the fans on the track”. 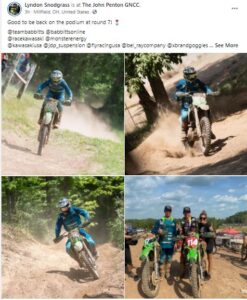 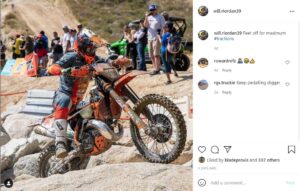 Will Riordan – style guide. Giving it his all as he tackles tricky terrain. 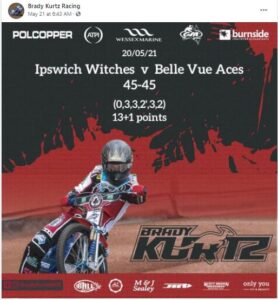 Brady Kurtz – scored crucial points in his team’s draw against the Ipswich Witches. 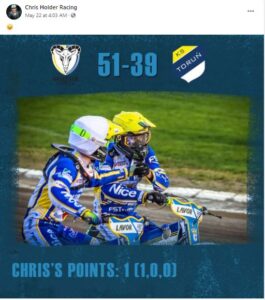 Chris Holder – had a tough night on track in his teams loss to Unia Leszno. 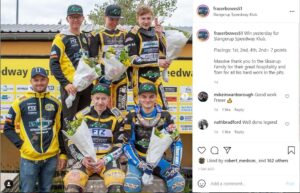 Fraser Bowes – is happy with his Slangerup Speedway Klub victory earlier this week. 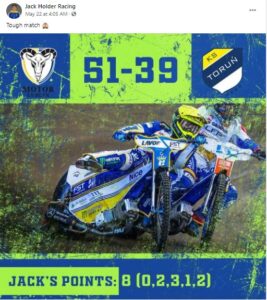 Jack Holder – despite scoring some much needed points on the night, it wasn’t enough to help his Torun team. 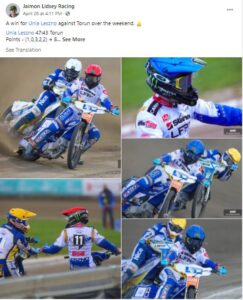 Jaimon Lidsey – in a tough battle against Torun, Lidsey’s points were crucial in his team’s victory.

Jason Crump – in a tough match against the Aces, even a former Champion admits he is still learning. 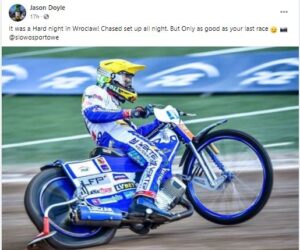 Jason Doyle – was frustrated after his match against Wroclaw.

Matthew Gilmore –  some fantastic pictures captured of Gilmore in action. 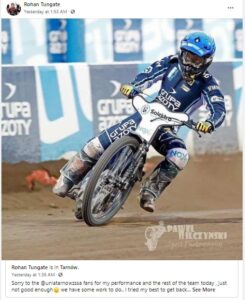 Rohan Tungate – was left frustrated with his and his teams performance. 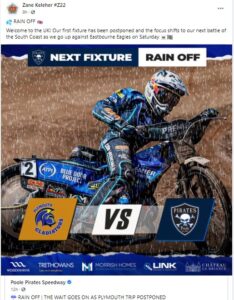 Zane Keleher – had hope to hit the track for his first outing this year but English weather put a dampener on that. 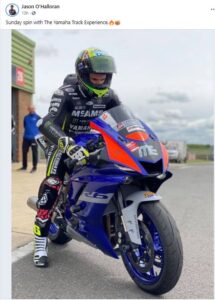 Jason O’Halloran – always happy to throw a leg over a bike and get some track time.

Seth Crump – having stepped up to the 600s in 2021, he is slowly coming to grips with his new machine. 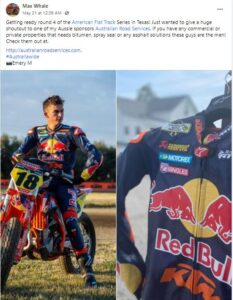 Max Whale – while competing in the USA, Max still has considerable support from Australian companies who see this young man has a big future.