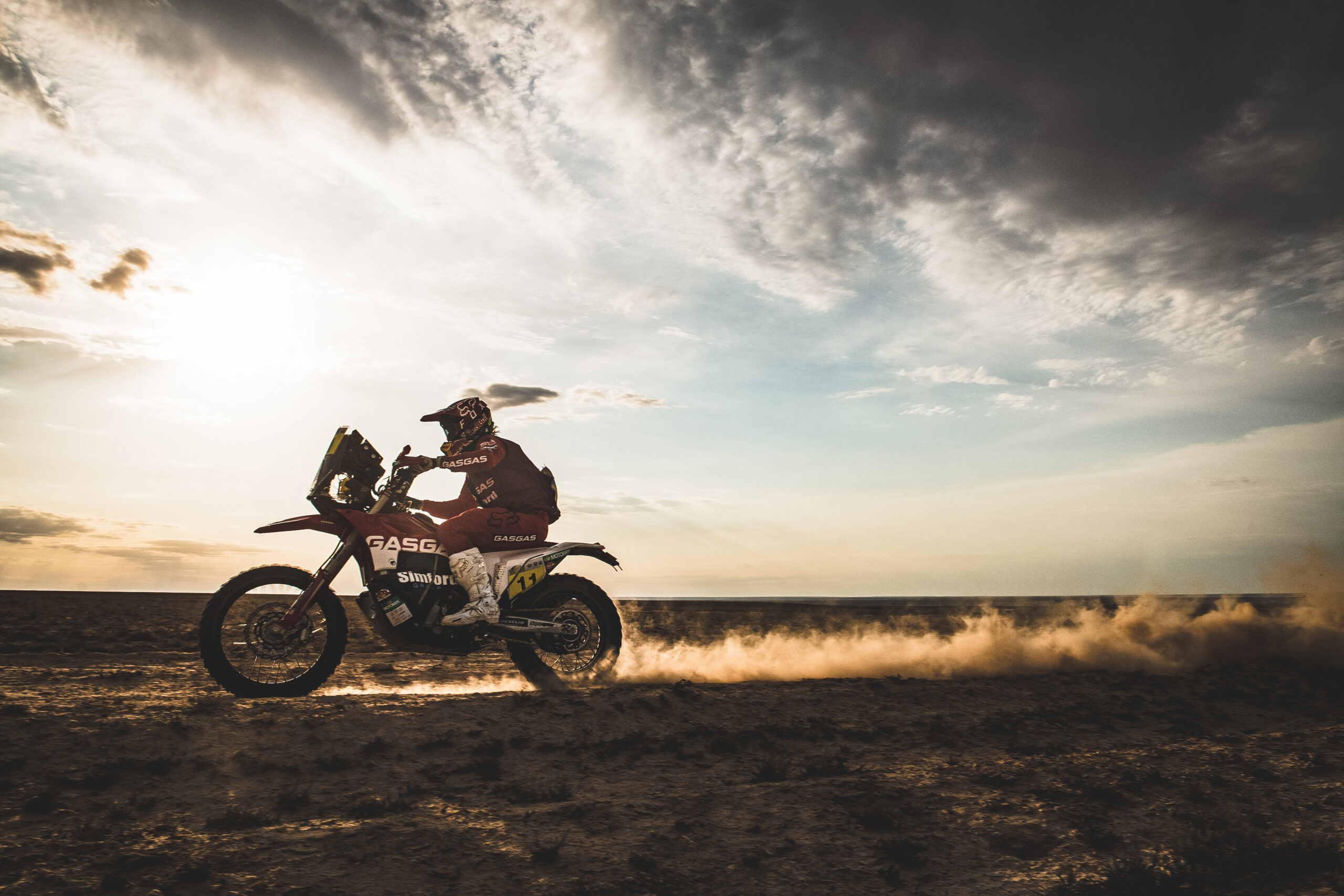 It was a tough weekend for many Australian riders racing overseas, while others are now in the final preparations to kickstart their respective Championship chase. 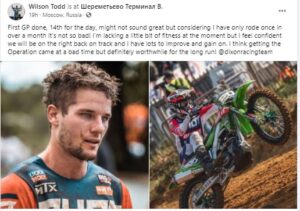 Wilson Todd – is happy with his first round result, despite not having much time on the bike in the lead-up to the Russia MXGP, scoring a 16th and 14th to sit in 14th overall. 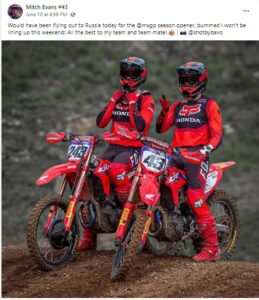 Mitch Evans – unfortunately had to sit out the first round of the MXGP as he is yet to fully recovery from injury. 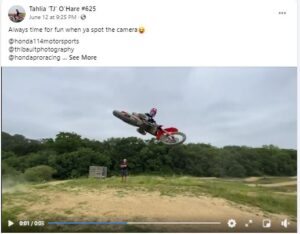 Tahlia O’Hare – while the men were racing, Tahlia was putting in some hard practice before her season commences, but still managed to put on a show for the local camera operators.

Remy Gardner – has unveiled striking new merchandise which will no doubt have Australian fans rushing to get their hands on the new gear. 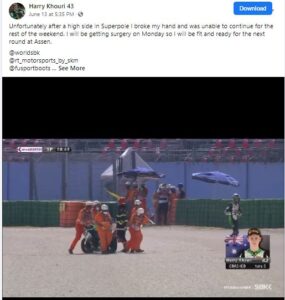 Harry Khouri – unfortunately for the ASBK Champion had an accident during superpole which left him with a broken hand. He underwent surgery yesterday and is hoping to be ready for the next WorldSSP300 race in Assen.

Wil Ruprecht – is counting down the hours before his first first GP of the season and based off his recent European form he will definitely battling at the front. 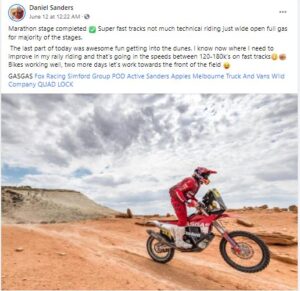 Daniel Sanders – has kicked off his 2021 campaign in fine style in the Rally of Kazakhstan. He secured his second consecutive third-place finish, finishing fourth overall. 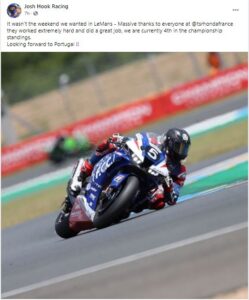 Josh Hook – had his first race of the year at LeMans but came away disappointed with the result. He sits in fourth place in the Championship. 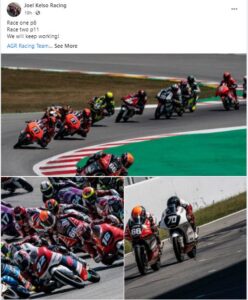 Joel Kelso – was in the thick of the contest in Barcelona coming away from the weekend with an 8th and 11th placing. 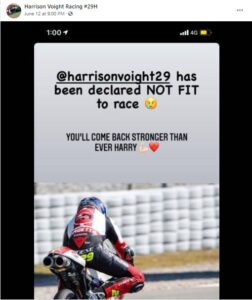 Harrison Voight –  unfortunately was unable to continue his weekend still suffering from a collarbone injury. 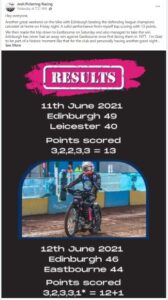 Josh Pickering – was happy with his personal performance and that of his team Edinburgh in their win over Eastbourne. 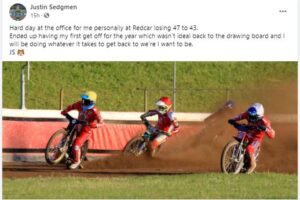 Just Sedgman – had a tough day in the office with his first accident and team going down. 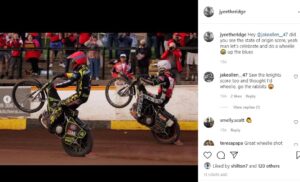 Jye Etheridge – was happy to perform for the fans as well as celebrate a NSW State of Origin victory from afar.

Mitchell Cluff – had a race day he would rather forget, struggling with bike set-up and a team loss. 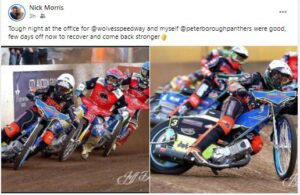 Nick Morris – looking forward to a few days off to recover from a loss. 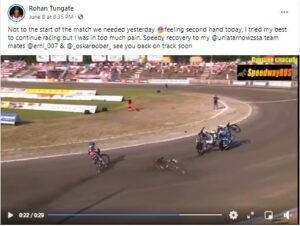 Rohan Tungate – was involved in a big accident, and although he couldn’t continue he is hoping to be back in action soon. 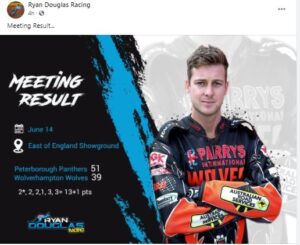 Ryan Douglas – was in the points for his Wolverhampton Wolves but the team went down to Peterborough. 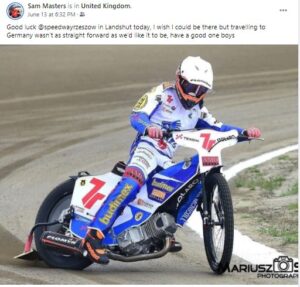 Sam Masters – had to watch his team from afar after complications in getting to Germany. 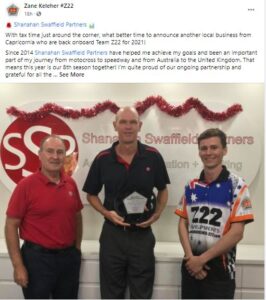 Zane Keleher – welcomed back partners Shanahan Swaffield Partners to the team of supporters for 2021. 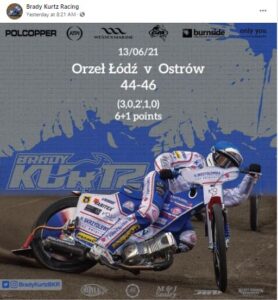 Brady Kurtz – was in the points in a tight scoring affair between Orzel Lodz and Ostrow. 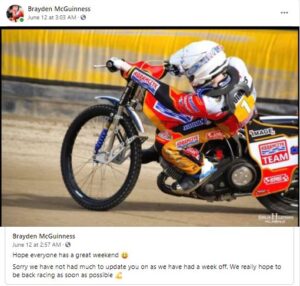 Brayden McGuinness –  with a week away from racing, is always keeping his fans up to date. 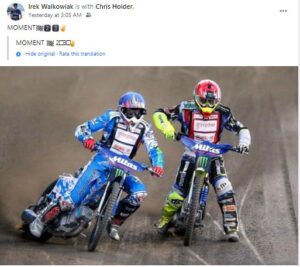 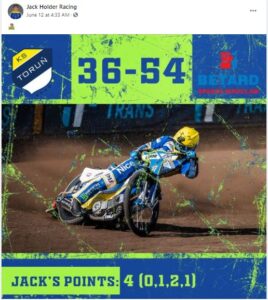 Jack Holder – tough day at work for the young Australian. 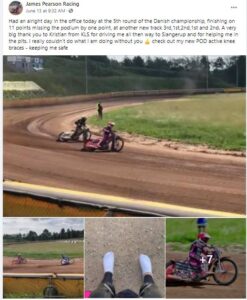 James Pearson – continues to impress in his first overseas year competing in the Danish Speedway Championship. 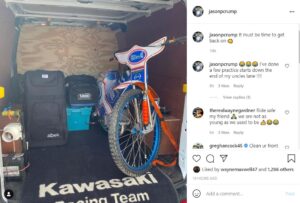 Jason Doyle – packed and and ready for another race meeting. 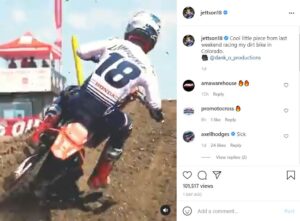 Jett Lawrence – has released a new video edit from his recent race in Colorado.

Mackenzie Tricker – was back on the podium scoring 2nd place in the neppenduro. 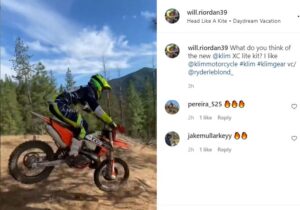 Will Riordan – in between rounds has given his new kit a thorough workout.

Billy McConnell – takes a look back as he prepares for the Superstock season to get under way. 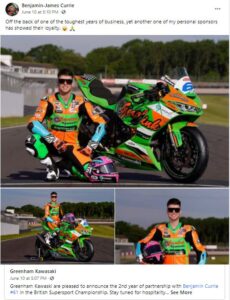 Ben Currie – took some time out for some promotional photographs and the thank Greenham Kawasaki for their continued partnership as he prepares for the Championship to fire into action. 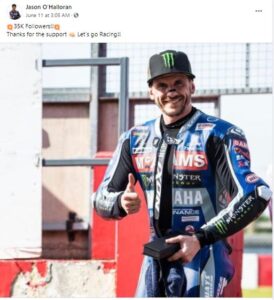 Jason O’Halloran – gives his growing fan base the thumbs up. 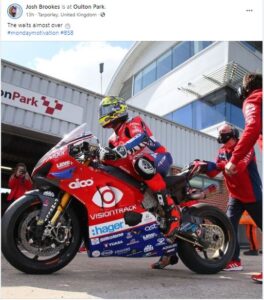 Josh Brookes – the Australian BSB Champion is looking forward to his title defense. 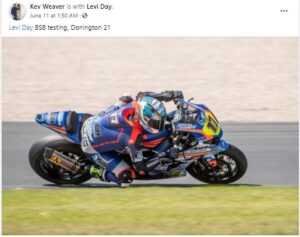 Levi Day –  captured in action during the recent Donington test. 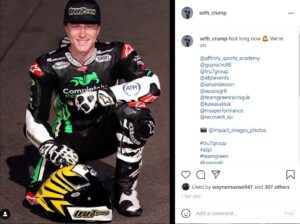 Seth Crump – counting down the hours before his race season gets under way.