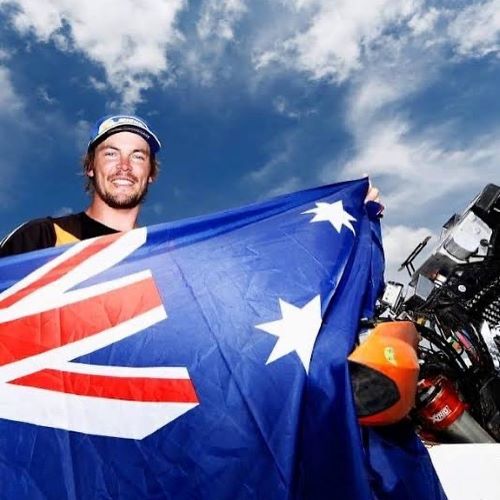 Australian riders overseas are hard at it training before their respective championships kick off in the coming weeks and months, while some riders back home are getting some valuable track time before heading back to Europe. 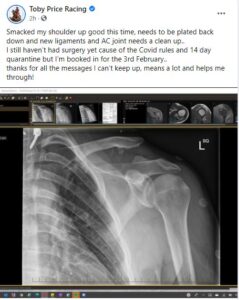 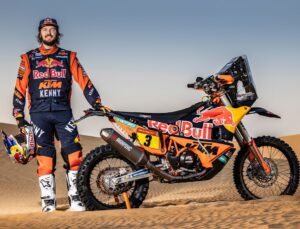 Toby Price – is back in Australia and news on his required surgery isn’t great, but today he had plenty to smile about being awarded the Medal of the Order of Australia in the General Division for service to Motorsport . He has just over a week to wait for surgery and it will involve a lengthy recovery. We all wish him a speedy recovery and congratulations on the award. 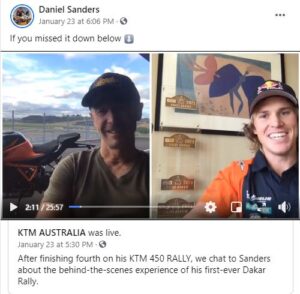 Daniel Sanders – while back in Melbourne and under hotel quarantine, caught up with Greg Murphy for a chat to discuss his amazing Dakar Rally efforts. 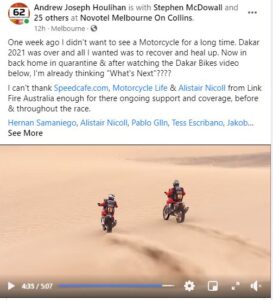 Andrew Houlihan – is already weighing up what is next after his successful Dakar Rally run this year. Will we see him back at the Dakar in 2022.? Stay tuned. 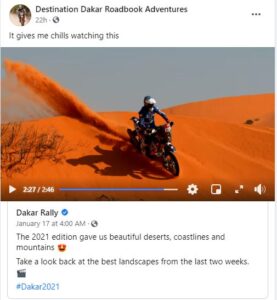 Michael Burgess – is still smiling after his magnificent Dakar effort, although re-watching the footage from this year is still giving him chills. 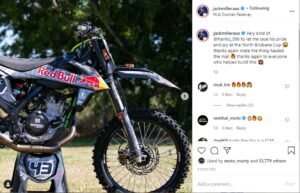 Jack Miller – is still very much excited about the machinery he was able to ride at the North Brisbane Cup. The Aussie MotoGP gun will be involved in a Ducati Corse Team presentation on February 9 ahead of the official start to the MotoGP year. 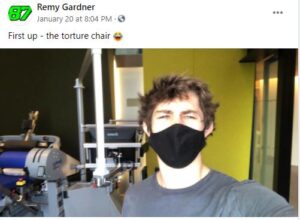 Remy Gardner – is blowing out the Christmas cobwebs will some serious training sessions at the Red Bull Athlete Performance Centre, in Austria, before his assault on the Moto2 Championship. 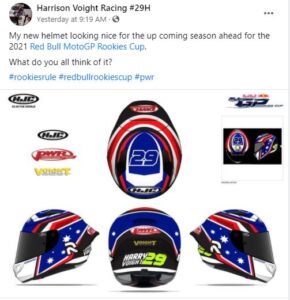 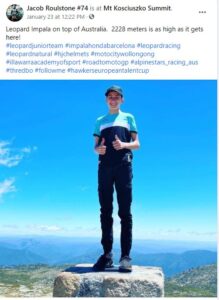 Jacob Roulstone – while back in Australia is keeping fit climbing some big heights in Australia before he heads back to Europe. 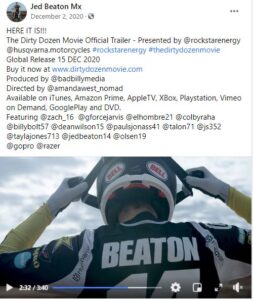 Jed Beaton – stars in the movie – The Dirty Dozen –  you can check it out here www.dirtydozenmovie.com 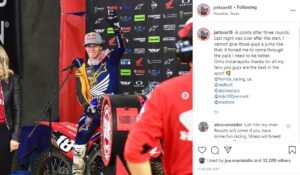 Jett Lawrence – after a rough night on track in Houston 3 with a few bumps and bruises but still sits third in the 250 Championship. Having tasted success earlier this year he will no doubt bounce back at next weekends Indianapolis Supercross. 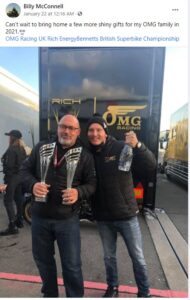 Billy McConnell – is eager to hit the track in this year’s BSB which commences in May. 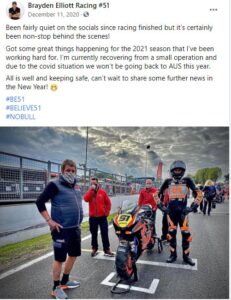 Brayden Elliott – is recovering from a small operation but has been not stop organising plans for 2021. 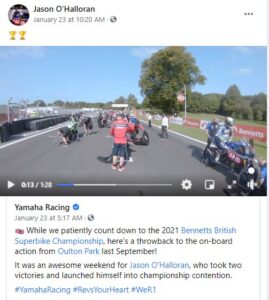 Jason O’Halloran – is champing at the bit to get racing in 2021, but while we wait he is reminiscing about Oulton Park 2020 where he took two victories. 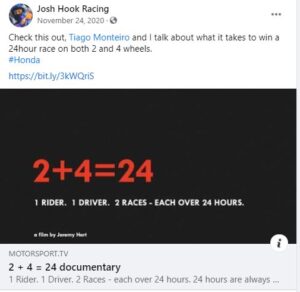 Josh Hook –  catches up with Tiago Monteiro to discuss what it takes to win a gruelling 24 hour race. 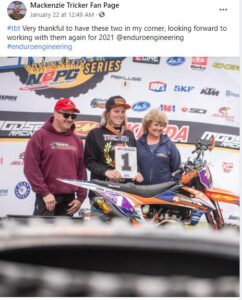 Mackenzie Tricker – can’t wait to hit the trails again and will be hoping to repeat her successes of 2020. 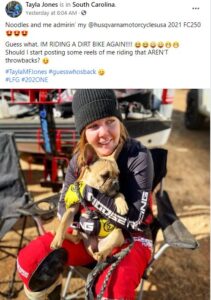 Tayla Jones – having fully recovered from surgery is now back on the bike and will definitely be hoping to win back to back championships this year. 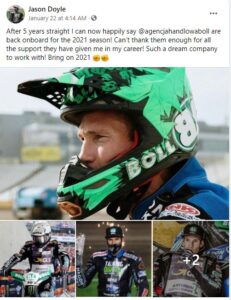 Jason Doyle – assault on the 2021 speedway season was given a boost over the weekend with the announcement Agencja Hndlowa B0ll are again supporting him. 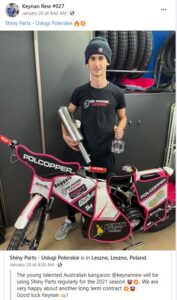 Keynan Rew – has received support from Shiny Parts for his Championship chase in Poland this season. 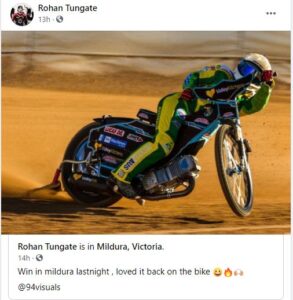 Rohan Tungate – was back in the winners circle, this time at Mildura on Saturday night. 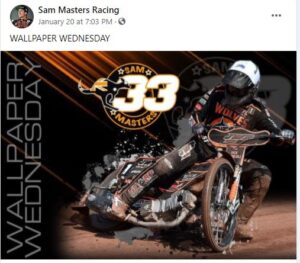 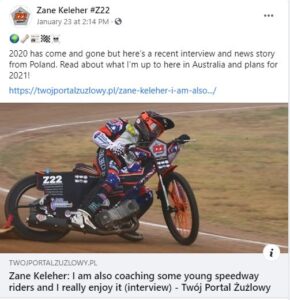 Zane Kelleher – while training hard has managed to squeeze in the odd interview. Here he catches up with the Polish press.