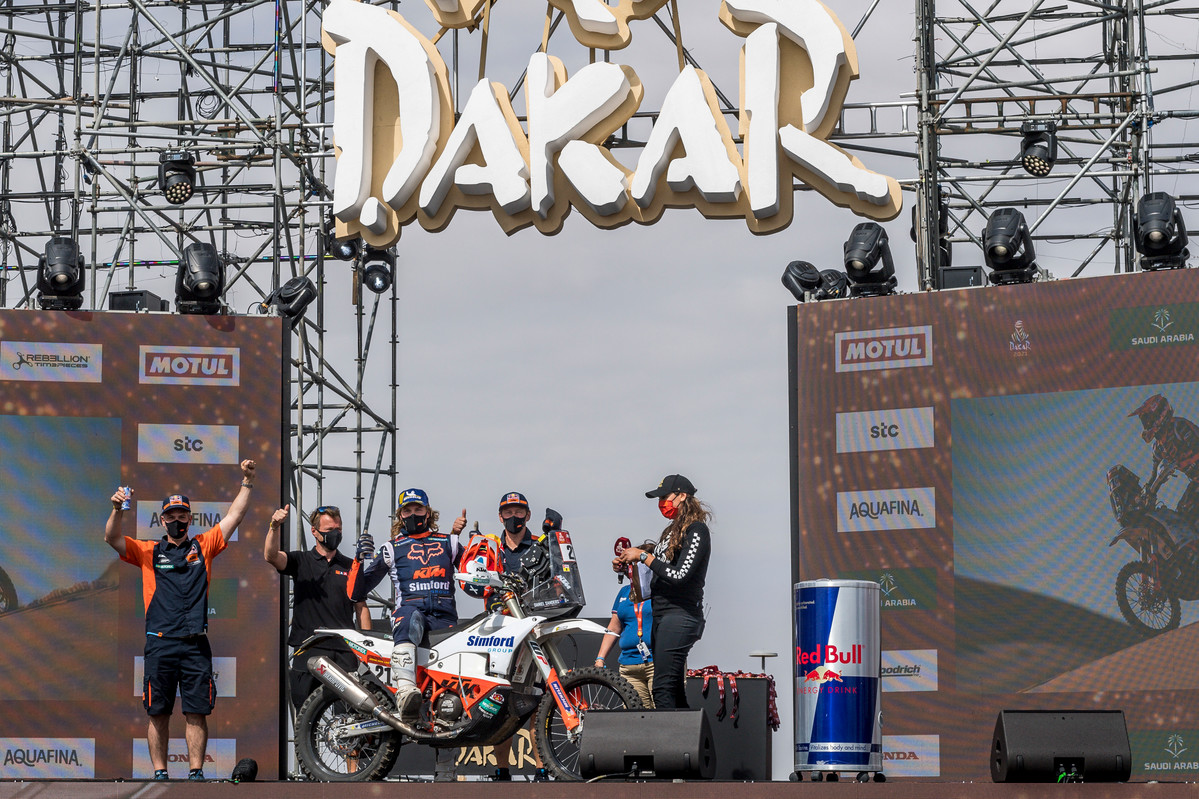 Australian riders competing overseas are warming up to kickstart their respective season while others have snuck home for some social racing and our conquering Dakar Rally riders are recovering from their epic results.

Jett Lawrence – kicked off his supercross season in the USA with a top ten result. Despite a couple of mistakes the young Aussie managed to finish in 6th place in Houston. 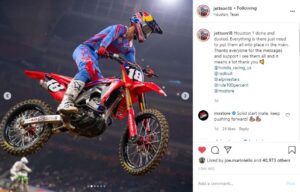 Daniel Sanders – had Australian’s celebrating at home with his amazing performance at his first Dakar Rally and only his second rally race event. The current Australian Off-Road Champion finished a spectacular 4th place in the world’s toughest rally, and was also crowned Rookie of the Dakar. 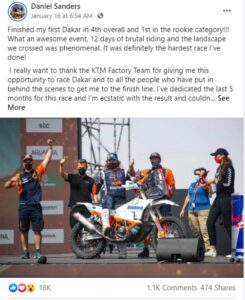 Michael Burgess – had a phenomenal first Dakar Rally also making big progress in the last week to climb the leader board and finished in 27th place. 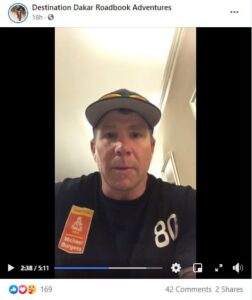 Andrew Houlihan – suffered a broken scaphoid in his hand on day 3, and despite the serious injury called on every ounce of energy and will to climb every sand dune and rocky outcrop to complete the Dakar Rally in 50th place.

Toby Price – while battling for the lead and sitting in 2nd place crashed out of the Dakar Rally on stage 9 when he looked like he was going to take charge of rally. Airlifted to hospital, Price discovered he had a broken colarbone. 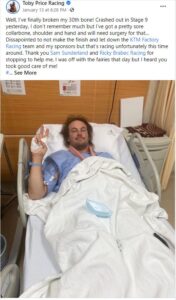 Jason Crump – back in Australia is looking forward to racing at this weekend’s Jason Lynon’s Cup. 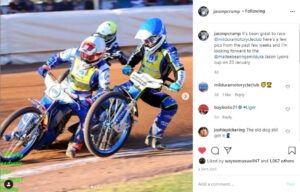 Brady Kurtz – is back on track in Australia getting some practice sessions in at Cowra Motorcycle Racing Club earlier this week. 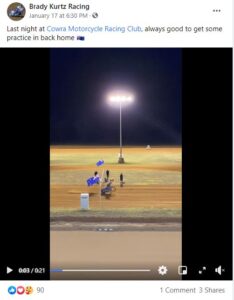 Brady McGuinness – is counting down the days before the speedway season gets back under way. 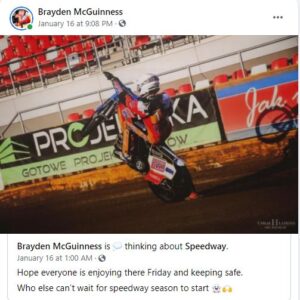 Jason Doyle – has a reason to smile like a Cheshire cat this week having signed with Swedish elite team Dackarna for 2021. 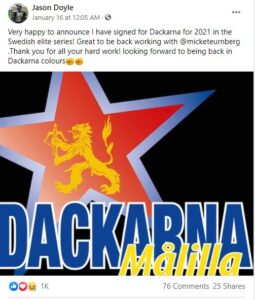 Rohan Tungate – is back in the saddle this weekend racing at Mildura on Saturday night. 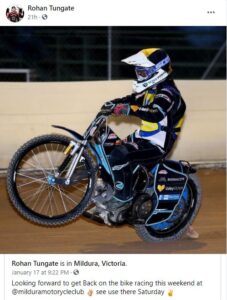 Zane Kelleher – is back to full training at his Queensland base in the hope to get over the England and join his team the Poole Pirates. The English season has been delayed until May because of COVID-19. 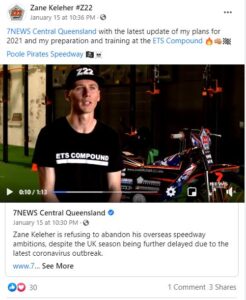 Jack Miller – blew out the Christmas cobwebs back in Australia taking part in the North Brisbane Cup. 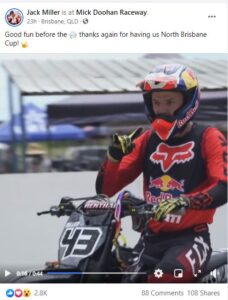 Billy Van Eerde – back in Australia before he commences his assault on the Moto3 Junior World Championship was at the North brisbane Cup last weekend where he secured a winin the Pro 450 class before the rain cancelled the event.

Jason O’Halloran – has unveiled his Superbike ahead of testing in April this year in the BSB. The Aussie who finished second overall in the Superbike class last year is looking to go one better in 2021. 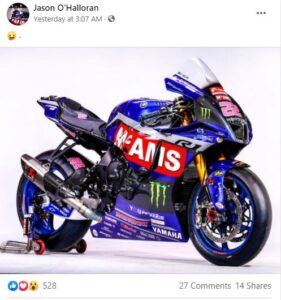