While most Australian riders competing overseas in 2021, are enjoying a break from racing, signing new contracts, keeping fit and preparing for the recommencement of competition, others are in the thick of racing. 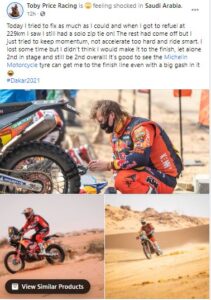 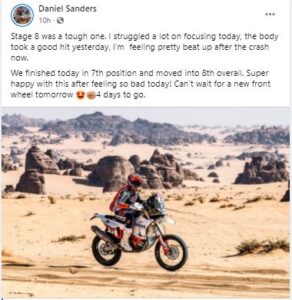 Daniel Sanders – has had a spectacular debut at the Dakar Rally showing he has the speed and skill to run with the front runners. Despite a major crash on Stage 7, he scored a 7th on stage 8 and sits in 8th place overall. His performance to date has been nothing short of amazing for a rookie. 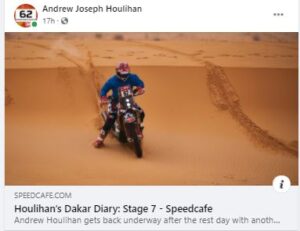 Andrew Houlihan – unfortunately had a big crash on day 3 splitting his nose and significantly damaging his right hand. While he is now heavily bandaged, he is showing true Aussie grit competing and finishing each and every day. He currently sits in 61st. 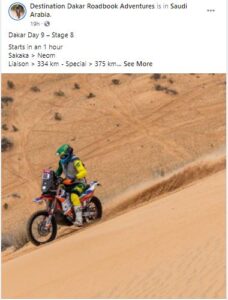 Michael Burgess – has made some significant gains in the last two stages to now sit in 33rd position. The late-comer to rally racing is showing the fighting Aussie spirit and is one step closer each stage to completing his Dakar dream. 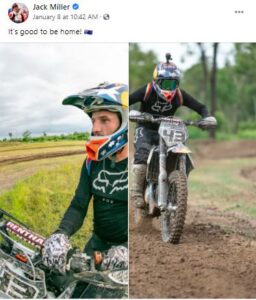 Jack Miller – has returned to Australia catching up with family and hitting the motocross track before his season kicks off with the Ducati Factory Team. 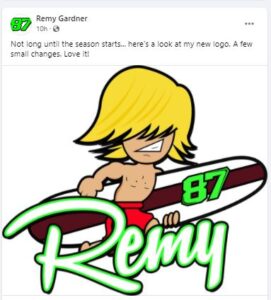 Remy Gardner – is preparing for his return to Moto2 racing with his new KTM factory team and has even had time to squeeze in a logo redesign. 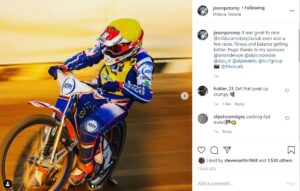 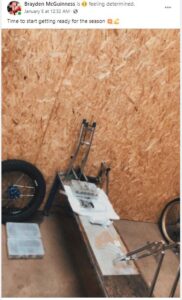 Brayden McGuinness – isn’t wasting anytime in getting ready for season 2021 having signed with Danish league’s Teamemsa. 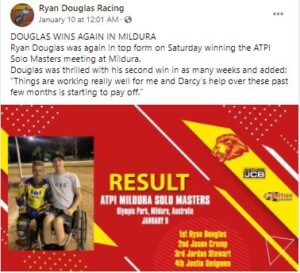 Ryan Douglas – has started the year off with some great results back at home, having last weekend won the ATPI Solo Masters at Mildura. The Leicester Lions Team member will be hoping to continue the form throughout the season. 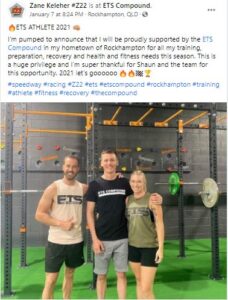 Zane Kelleher – has kicked off the new year getting back to full fitness with the support of ETS Compound in his hometown of Rockhampton. 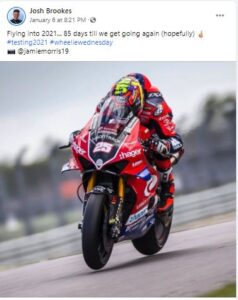 Josh Brookes – 2020 BSB Champion is counting down the days before he begins testing and his title defence. 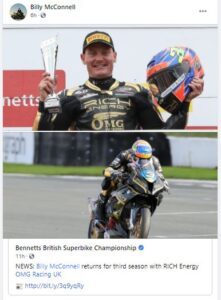 Billy McConnell – has confirmed he will be returning in 2021 with RICH Energy OMG Racing UK in the National Superstock 1000 Championship. 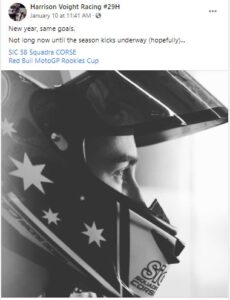 Harrison Voight  – is already counting down the days until the start of racing in April. In the meantime he is training hard while catching up with family and friends before the season gets under way. 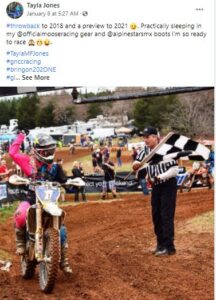 Tayla Jones – having recovered from surgery last year, the 2020 GNCC Champion is counting down the days before racing starts in just over a months time. 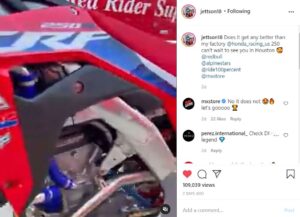 Jett Lawrence – having signed with Honda Racing USA for the 2021 season can’t wait to get back on track and continue his winning form from 2020.