You are here: Home / Important Announcements / International Rider Wrap Up February 23, 2021
Back 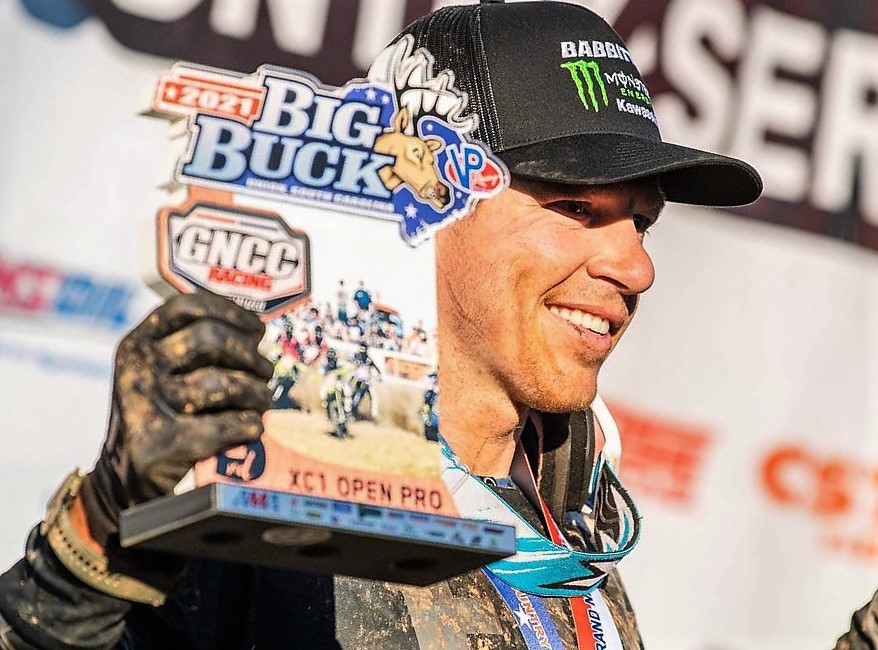 There were plenty of Australian’s who hit the track this weekend to kick-off their overseas campaigns with a number of riders scoring podiums and top ten finishes in their respective Championships. 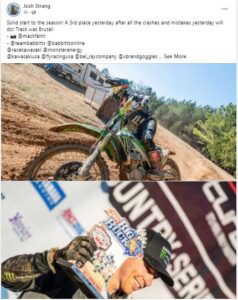 Josh Strang – has kicked off his season in fine style in the 2021 GNCC scoring a 3rd in the Pro Open class at round 1, in the USA. 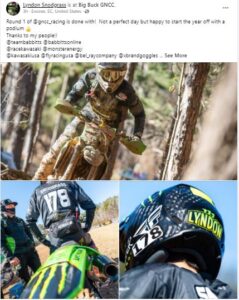 Lyndon Snodgrass – was also in the points at round 1 of the GNCC in the 250 Pro Class taking out 3rd place. 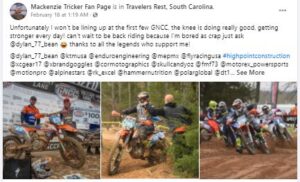 Mackenzie Tricker – unfortunately had to make the tough decision to miss the first round of the GNCC. Tricker has been coming back from knee surgery and is hopeful to be back on the bike in te upcoming rounds. 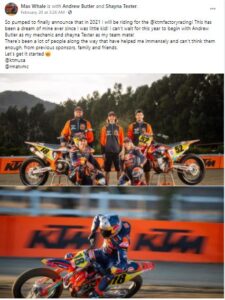 Max Whale – sensational news for the young Aussie star, who in 2021 will ride for the factory KTM team.

“This has been a dream of mine ever since I was little kid. I can’t wait for this year to begin with Andrew Butler as my mechanic and shayna Texter as my team mate. There’s been a lot of people along the way that have helped me immensely and I can’t thank them enough, from previous sponsors, family and friends. Let’s get it started,” said Whale. 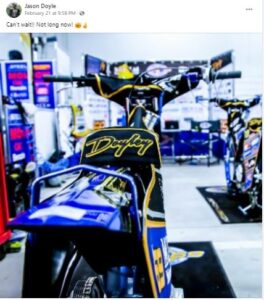 Jason Doyle – is chomping at the bit and is ready to fire his 2021 season into action. 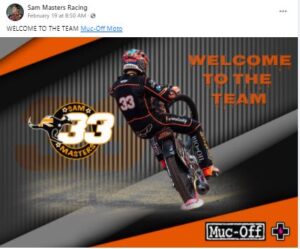 Sam Masters – ahead of his 2021 campaign has just announced a new sponsor will be supporting him this season in Muc-Off. 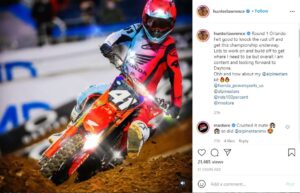 Hunter Lawrence – was back on track in the 250SX West Championship having watched his younger brother’s success in recent weeks. The young Aussie, who is still recovering from a shoulder injury suffered late last year, scored a 5th place in the final after a red flag on lap one caused a restart. 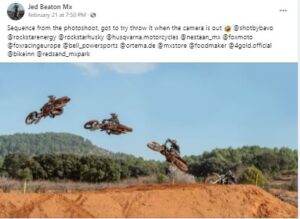 Jed Beaton – as he prepares for the MXGP season to start was out having a bit of fun for the cameras. 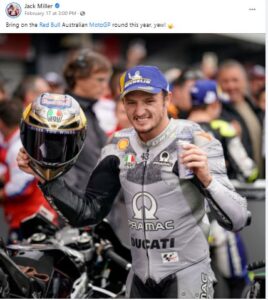 Jack Miller – is fired up about the Australian MotoGP securing Red Bull as the major sponsor for 2021. 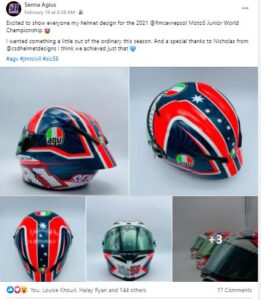 Senna Agius – has landed in Spain as he prepares his 2021 Moto3 Junior World Championship campaign and this past week unveiled his new AGV helmet. 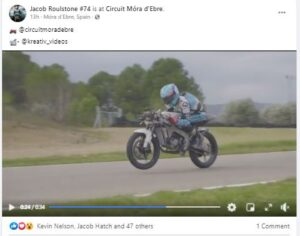 Jacob Roulstone – was cuting some laps at the Circuit Móra d’Ebre as preparations get underway for assault on the European Talent Cup. 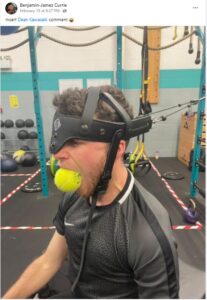 Ben Currie – while the picture may not look pretty, we are assured Ben’s training regime will have him in peak physical condition when the BSB gets under way. 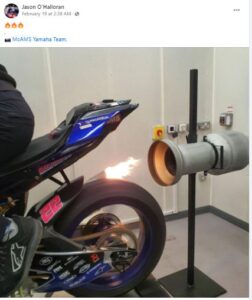 Jason O’Halloran – will be hoping his fire breathing Yamaha can take him to the top of the BSB Championship in 2021. 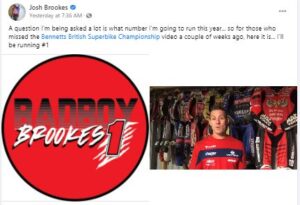