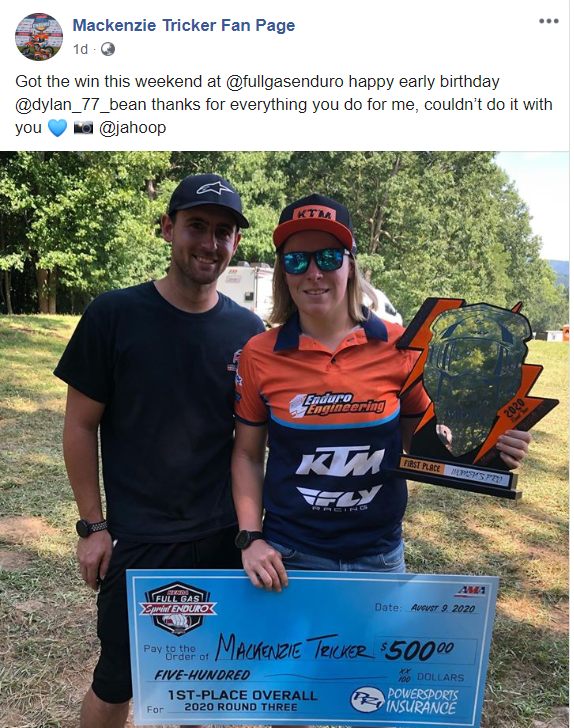 There were plenty of Australian riders across all disciplines scoring podium positions and putting in solid runs in their respective championships over the last week.

MotoGP had quite a few surprises over the weekend, yet our Aussie riders still managed to bag some vital championship points.

Jack Miller – while he couldn’t get up to the front of the pack he scored valuable points in the Czech GP and now switches his attention to Austrian GP this weekend. 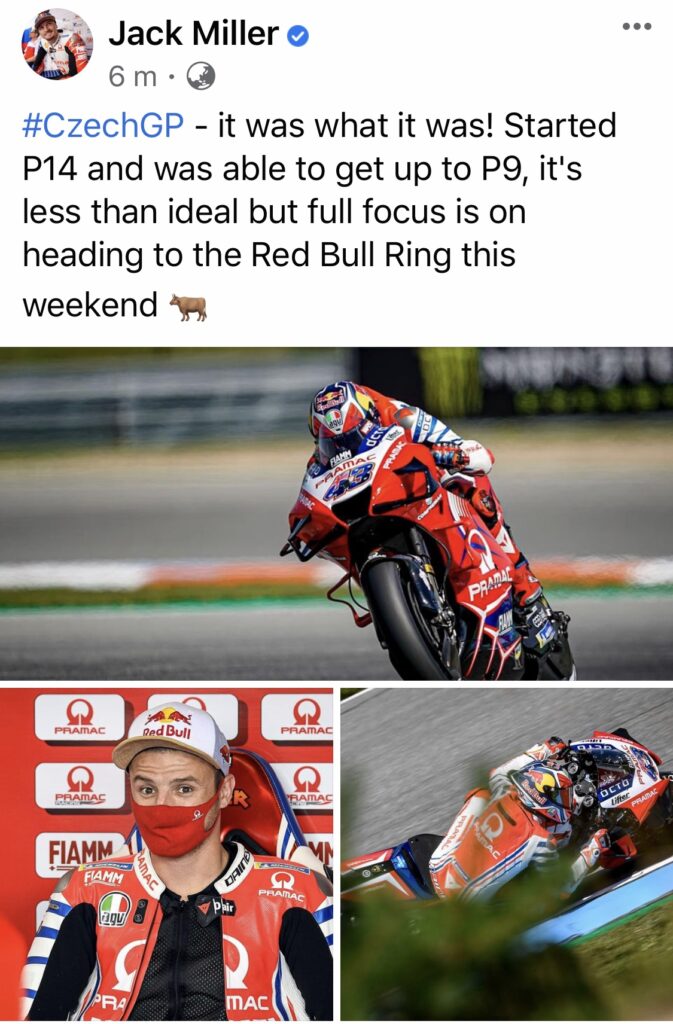 Remy Gardner – is still within striking distance of the front runners and will be keen to make some improvements this weekend in Austria. 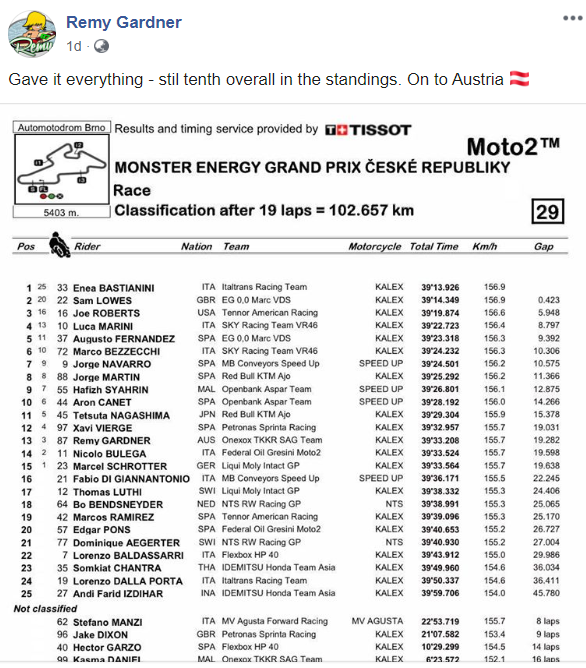 Jed Beaton – not the results he wanted but sits in 6th overall after scoring a 15th and 6th respectively. 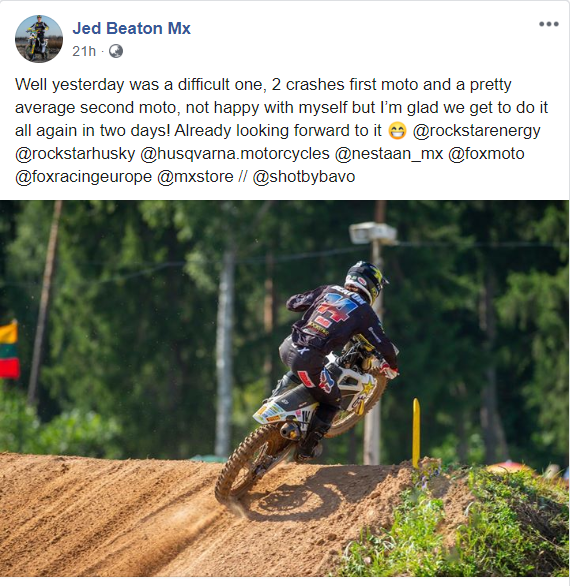 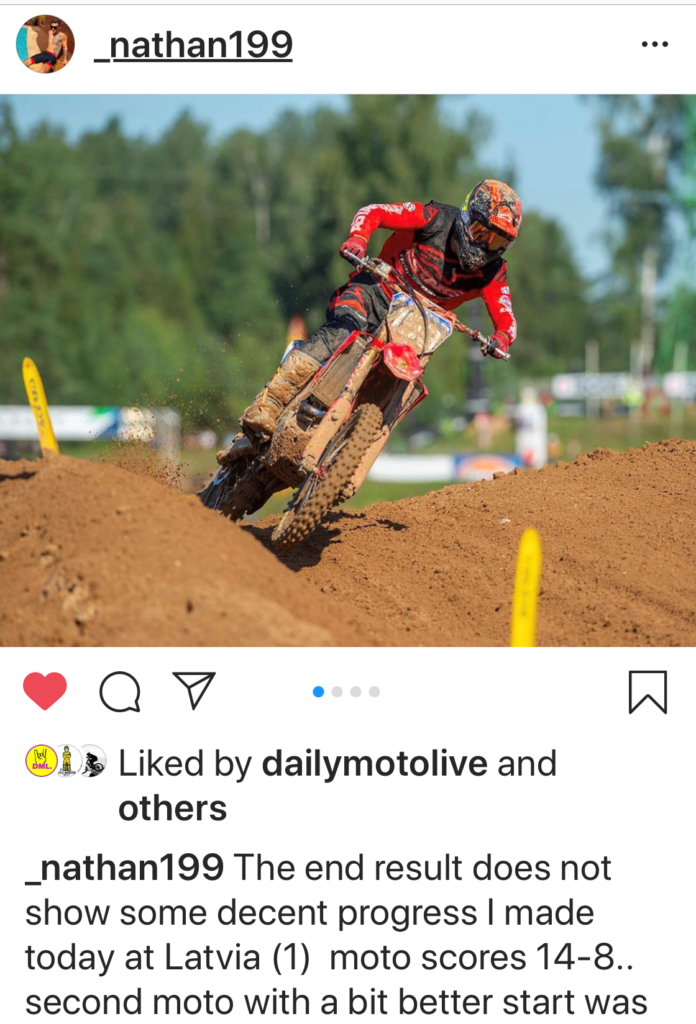 Bailey Malkiewicz – had a tough weekend but scored a 21st and 26th placing. 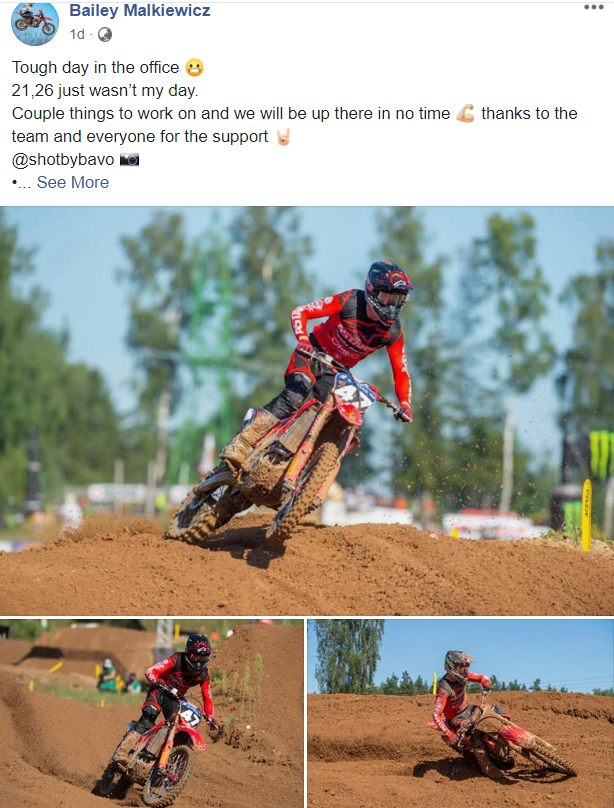 Mitch Evans – in the MXGP class and four months after shoulder surgery scored 19th and 18th and will be keen to improve tomorrow when the MXGP of Riga gets underway. 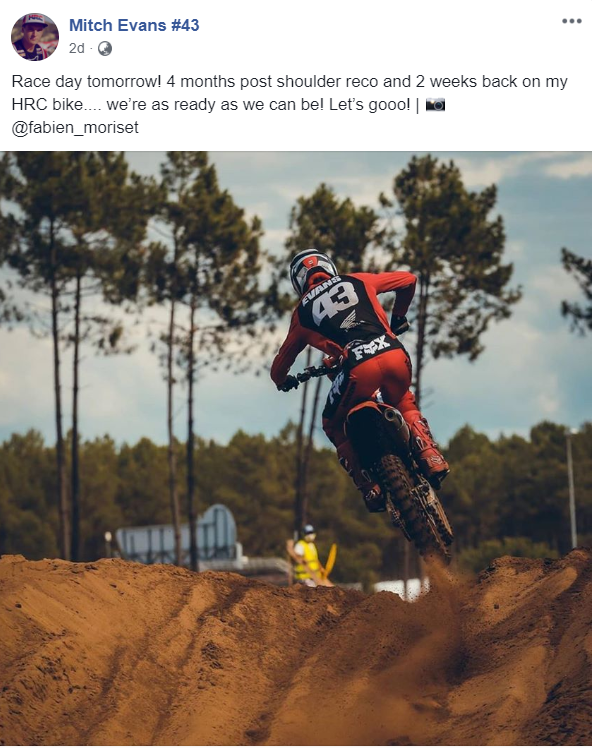 With three Australian’s competing in the WorldSSP and WorldSS 300 classes, it was mixed results for our Australian riders. 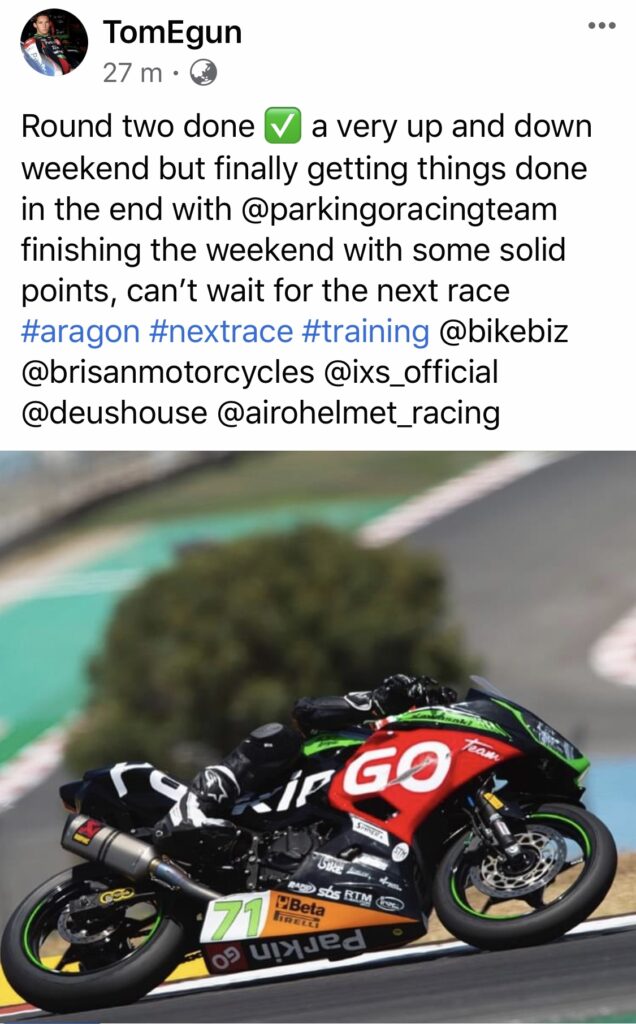 Tom Bramich – had a tough weekend in Portimao and is now focused on Aragon at the end of the month. 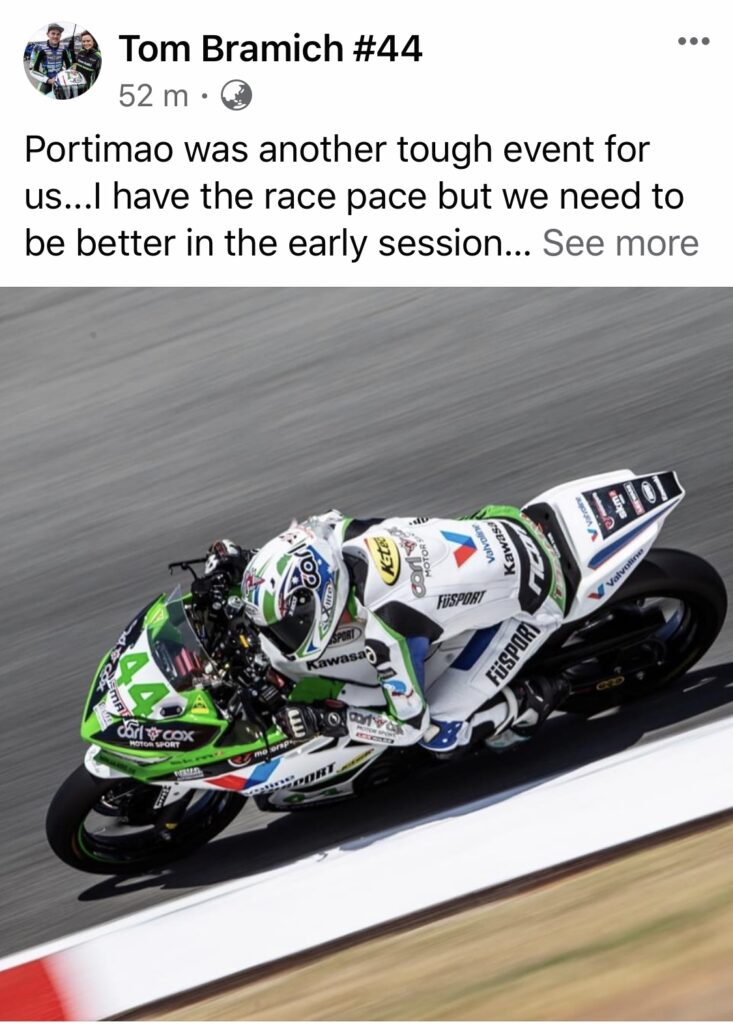 Lachlan Epis – tyre troubles saw the young Aussie finish 18th in race one and a high side ended his weekend in race 2, despite feeling like the team could have got a better result.

What a way to kick-off the BSB for our Australian riders, scoring podium finishes, championship points and unfortunately suffering set-backs across the classes. 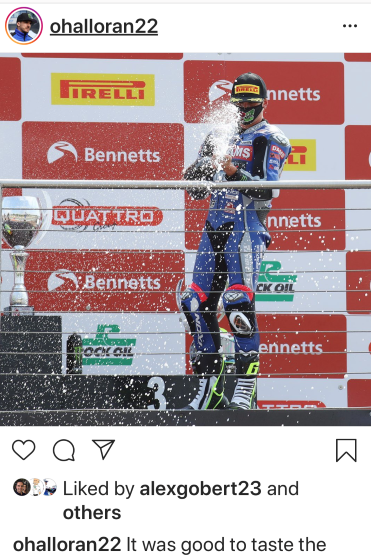 Josh Brookes – scored a third and sixth before being taken out in race three, but sits in 7th in the Championship after round 1. 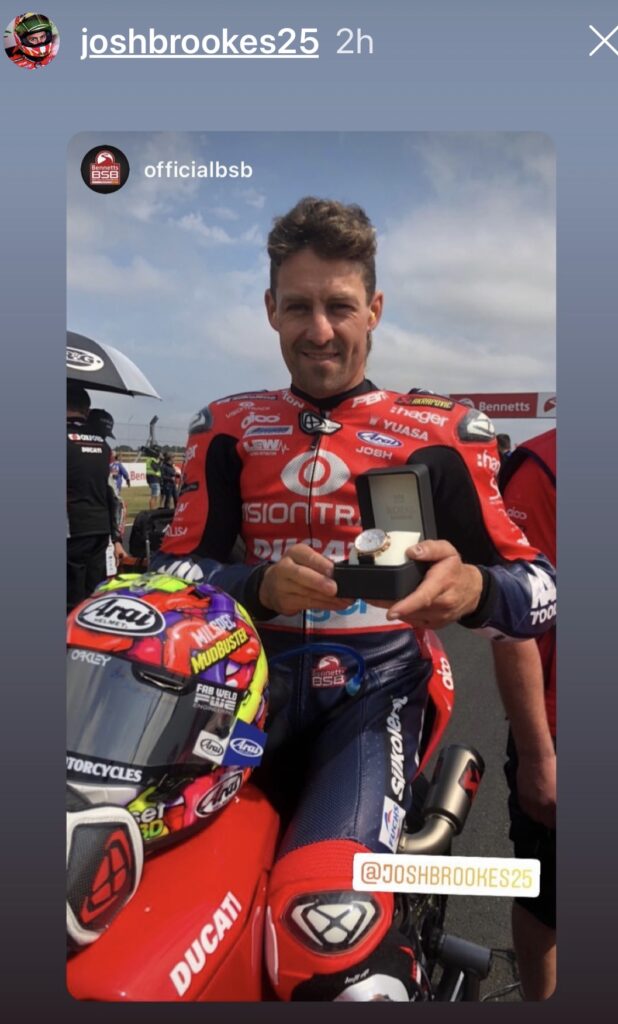 Tom Toparis – in his first time in the championship, qualified 4th, scored a 7th in race one and unfortunately in race 2 made a mistake scoring a DNF with a broken hand. 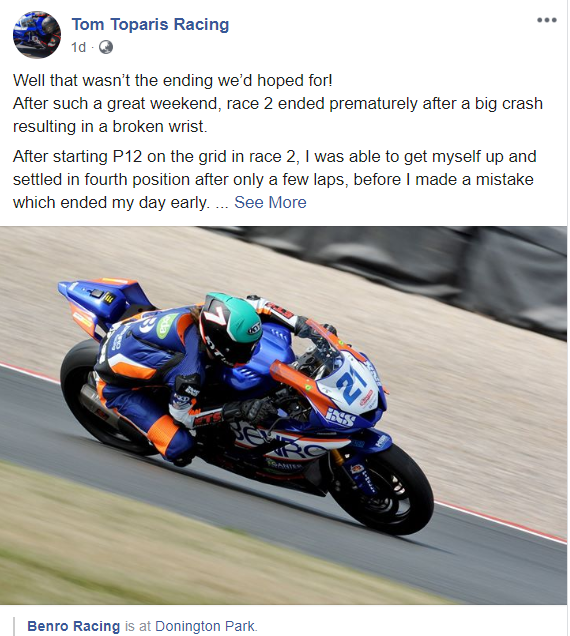 Ben Currie – had a difficult weekend with mechanical gremlins causing a DNF in race one and in race two had to start from the back of the grid and also suffered two time penalties for cutting turns  9/10. 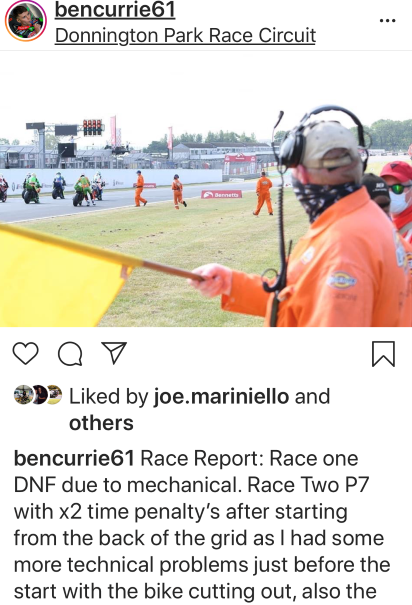 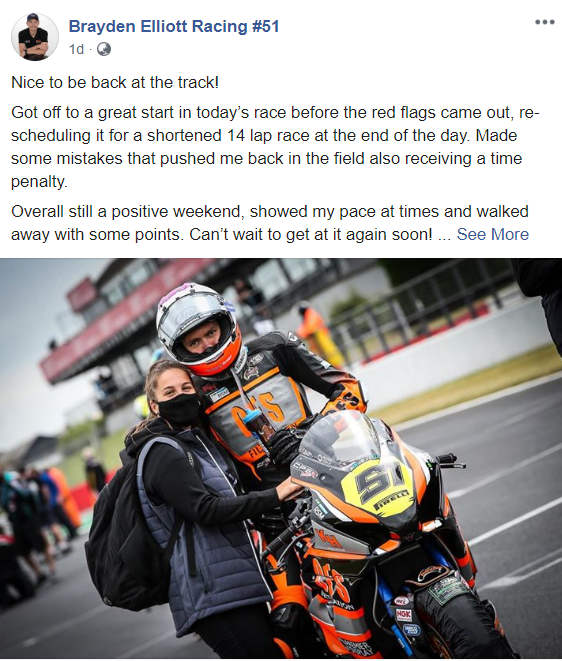 Billy McConnell – sits in 5th in the Championship after some solid results on the weekend. 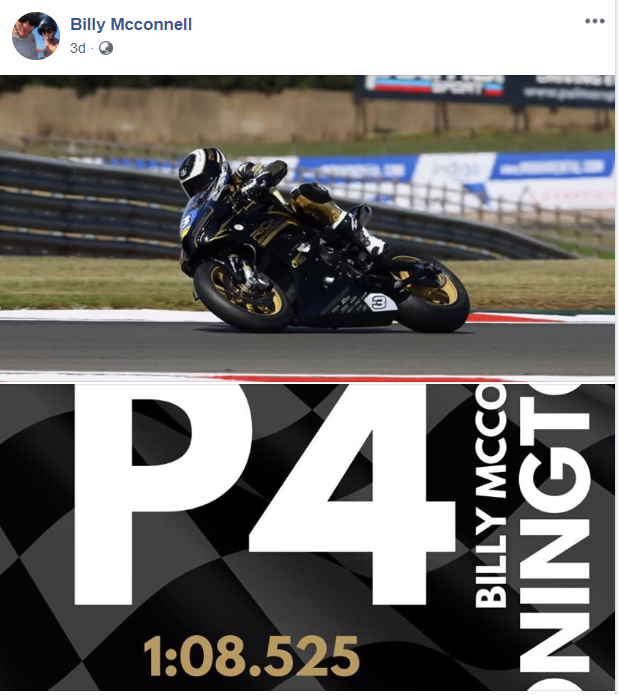 Seth Crump – had a sensational weekend finishing 2nd in race one and 3rd in race 2 kicking off his championship chase in fine form. 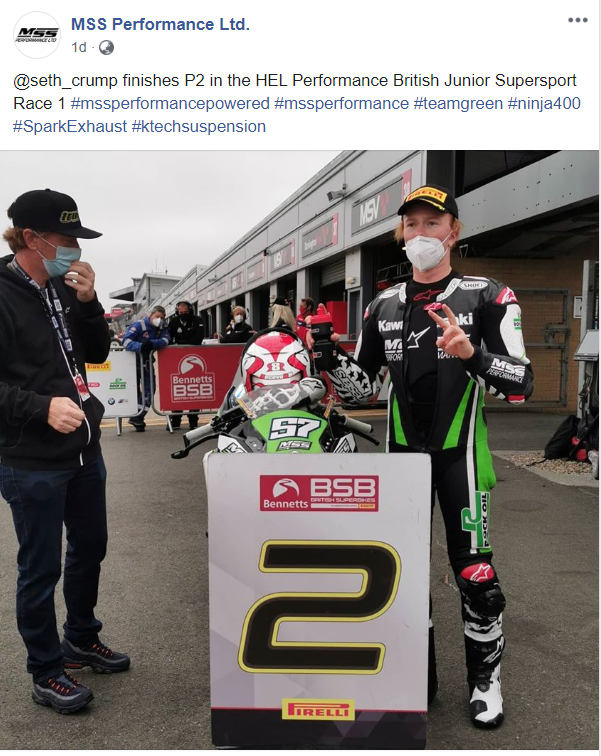 Levi Day  – scored a 2nd in race one and was looking like getting another podium finish but an excursion into the gravel trap saw him finish in 12th in race 2, and sits 3rd in the Championship. 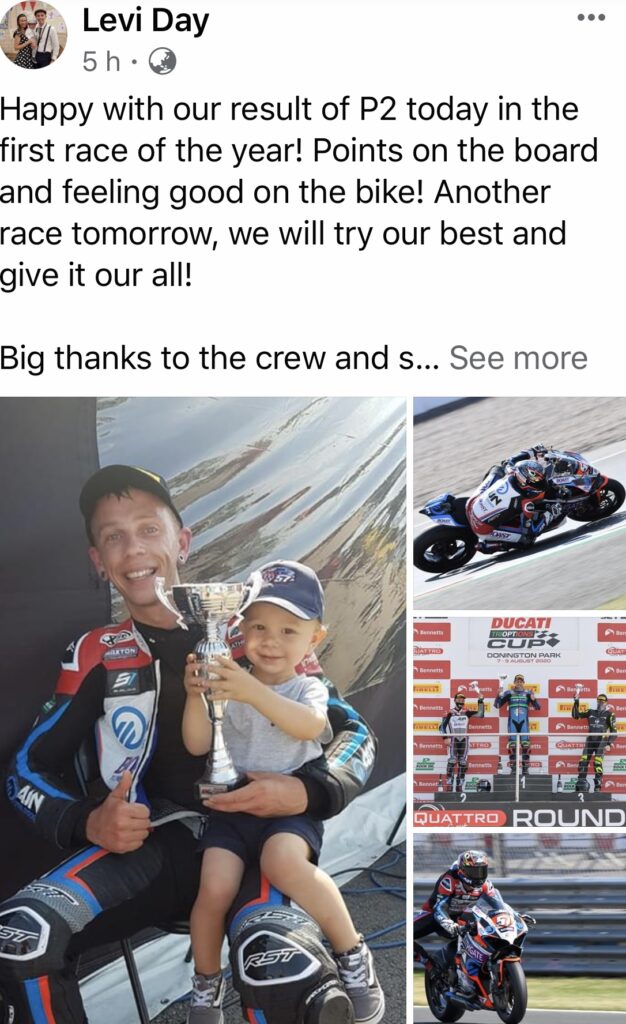 In the past seven days there has been plenty of motocross and enduro action across the USA with Aussies holding their own.

Tayla Jones – carried out double duties this week competing in both motocross and enduro and came away 3rd overall at the famous Loretta Lynn Ranch MX, then scored a win in the fullgas enduro on the Saturday before kissing a tree with her fist on Sunday, but still managed to score a 2nd place. She hopes to be back on track in the next few weeks. 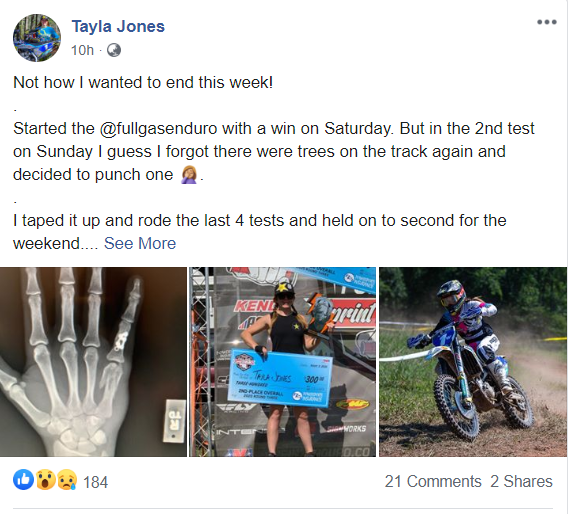 Mackenzie Tricker – had a fantastic weekend in the fullgas enduro, 2nd on Saturday and 1st on Sunday taking the overall win.

Brad West – continues to impress in the USA, and despite some mishaps scored some valuable points and experience at Loretta Lynn’s Ranch. 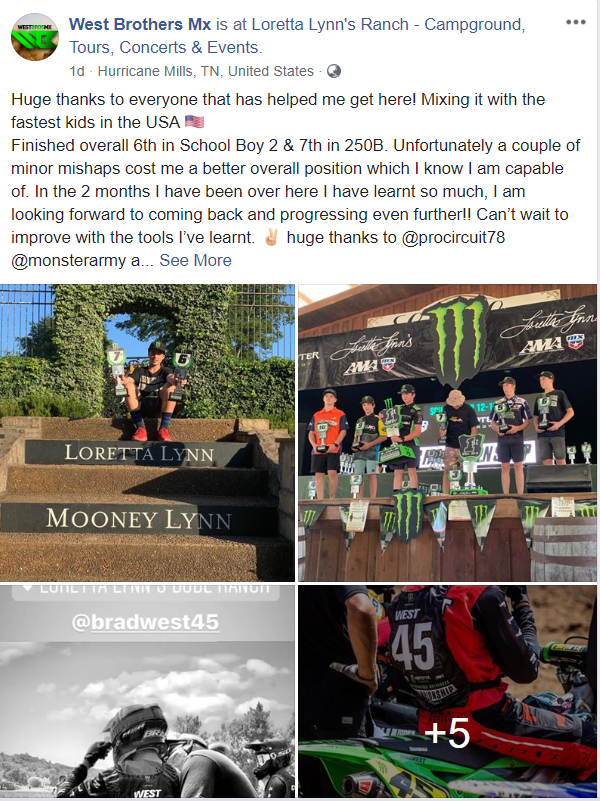 Josh Strang – had a solid hitout in the full gas enduro scoring a 2nd and a win on the weekend to sit 2nd in the Championship. 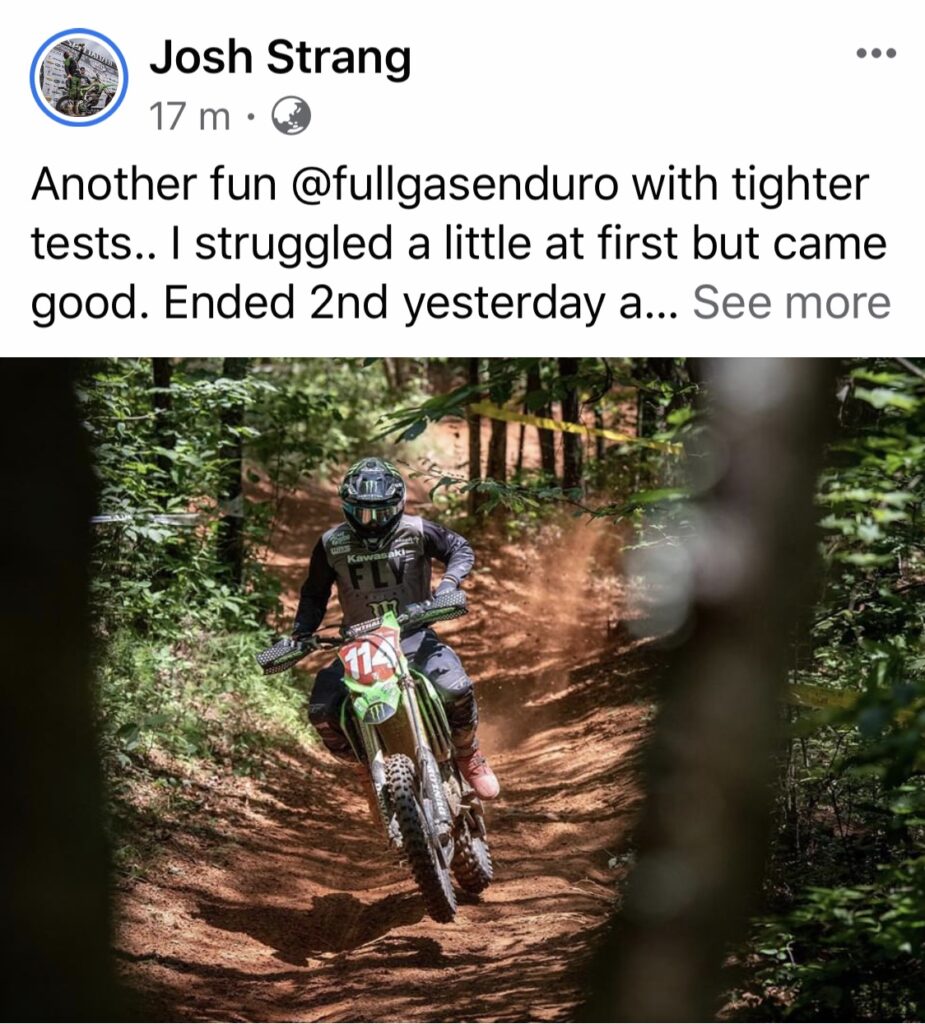 Max Fricke – having been racing in Poland with Wroclaw is about to join his new Swedish team at Indianerna before hitting the track in the 2020 Speedway Grand Prix series which kick-off on August 28. 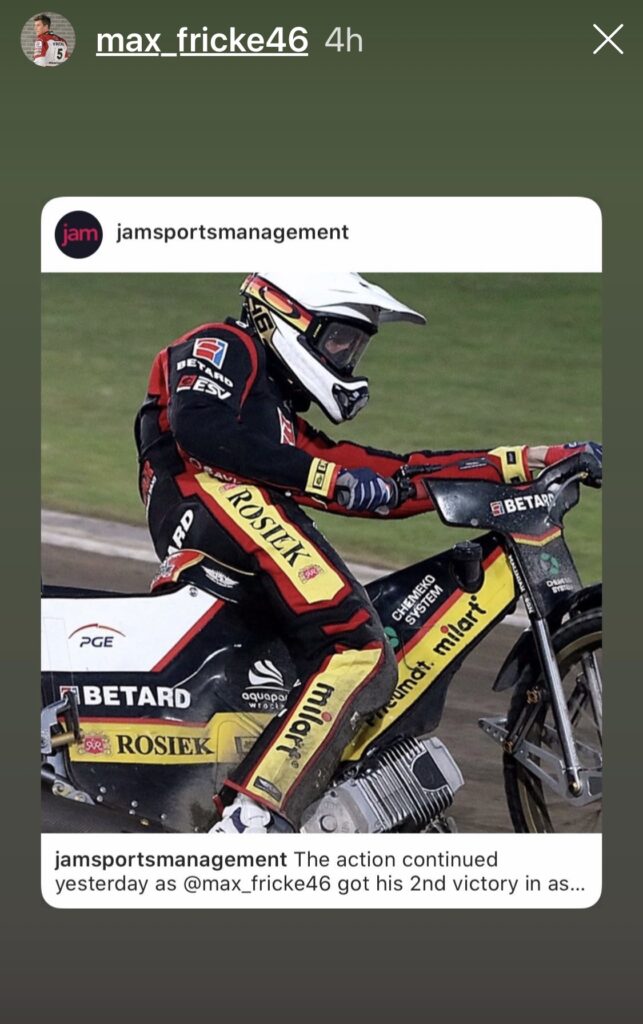 Jack Holder – is having an amazing season, continually scoring vital points for his team and taking victories. 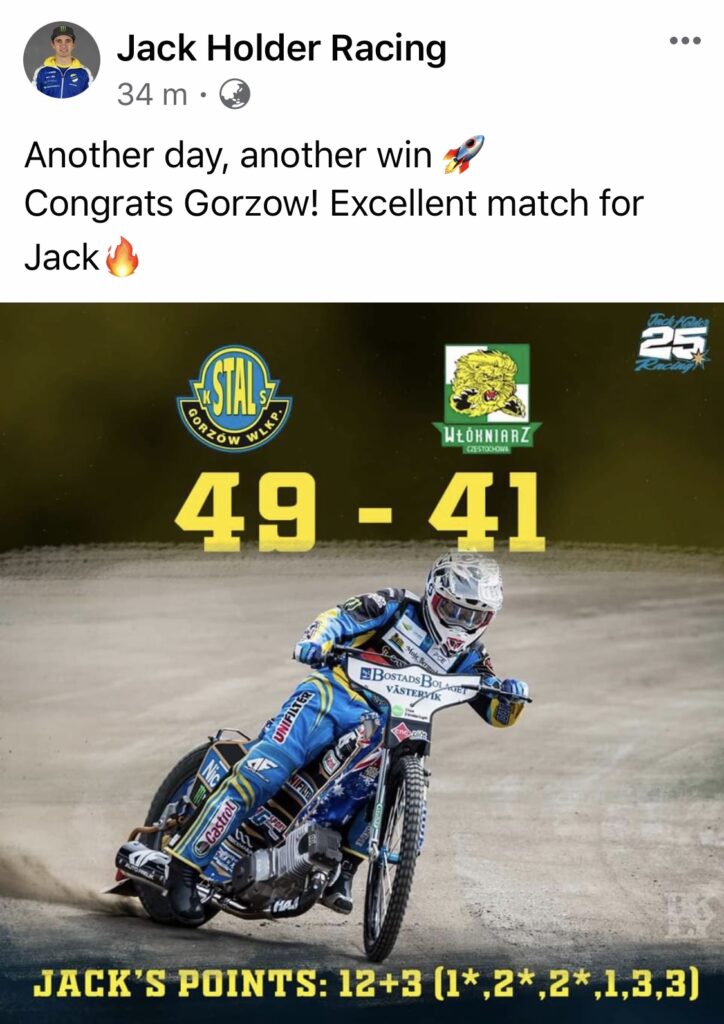 Jaimon Lidsey – is having a good season in Poland but ad mixed results this week. 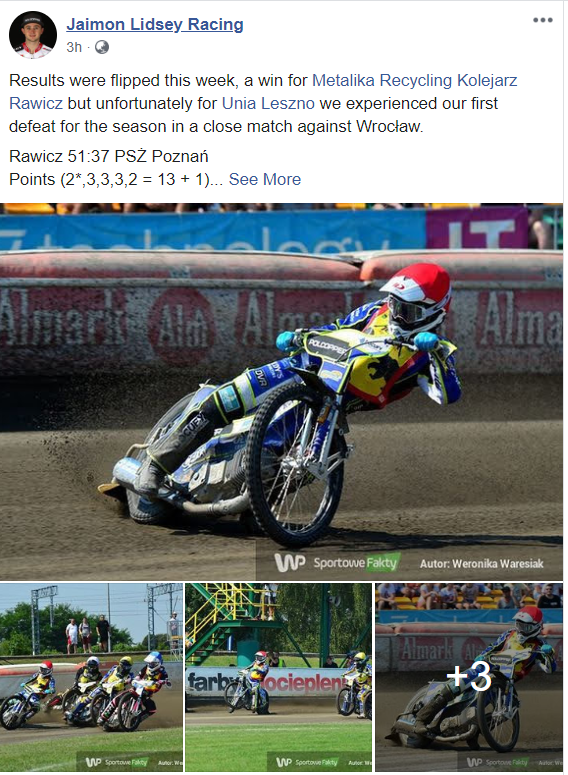 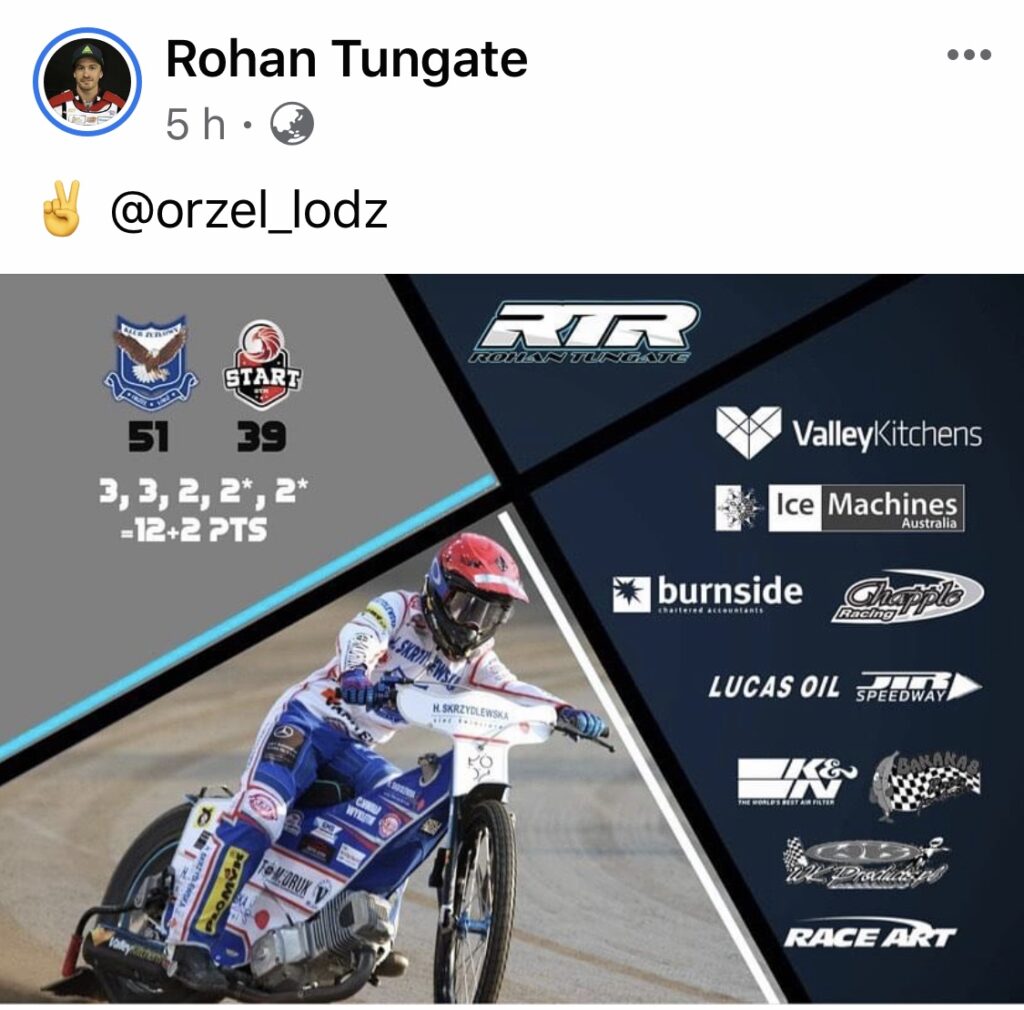 Sam Masters – new team and in the points for  the young Australian. 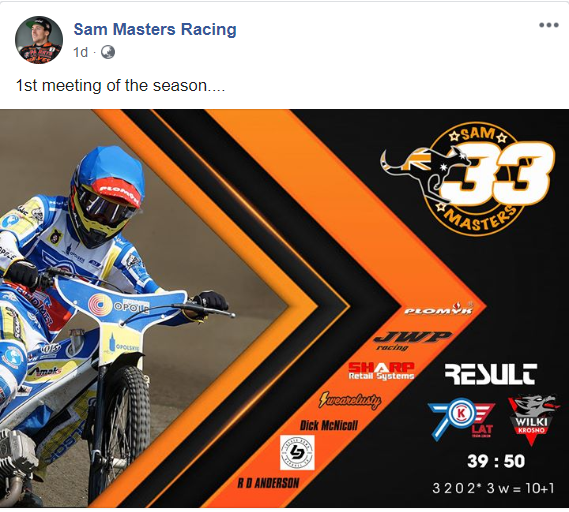 Keynan Rew – with last week’s disappointment a distant memory, Keynan scored some heat wins and helped his team to victory. 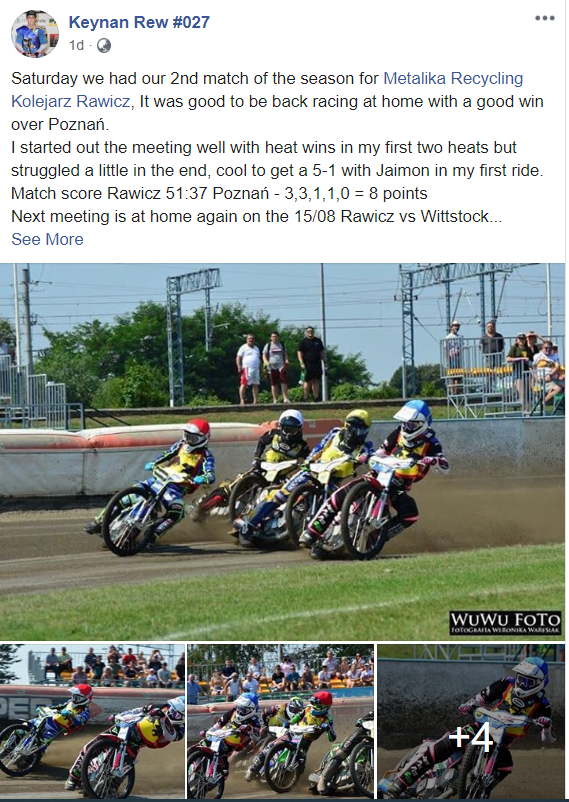 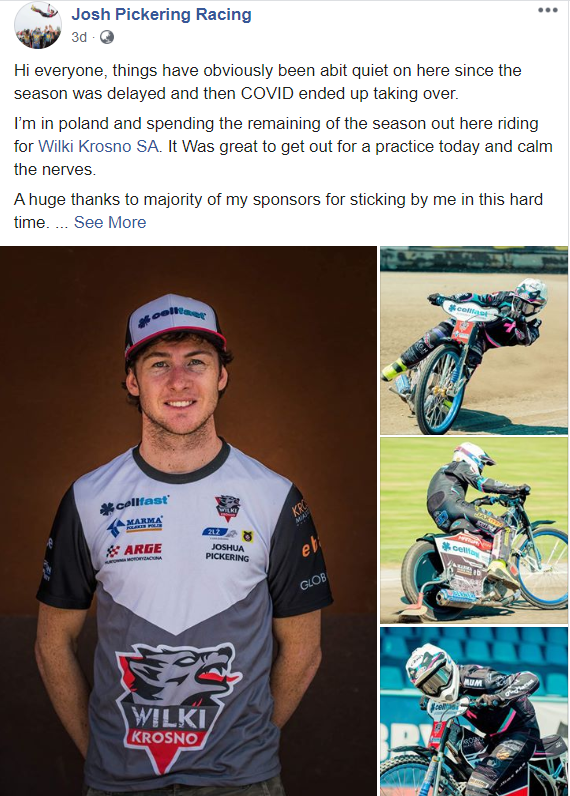