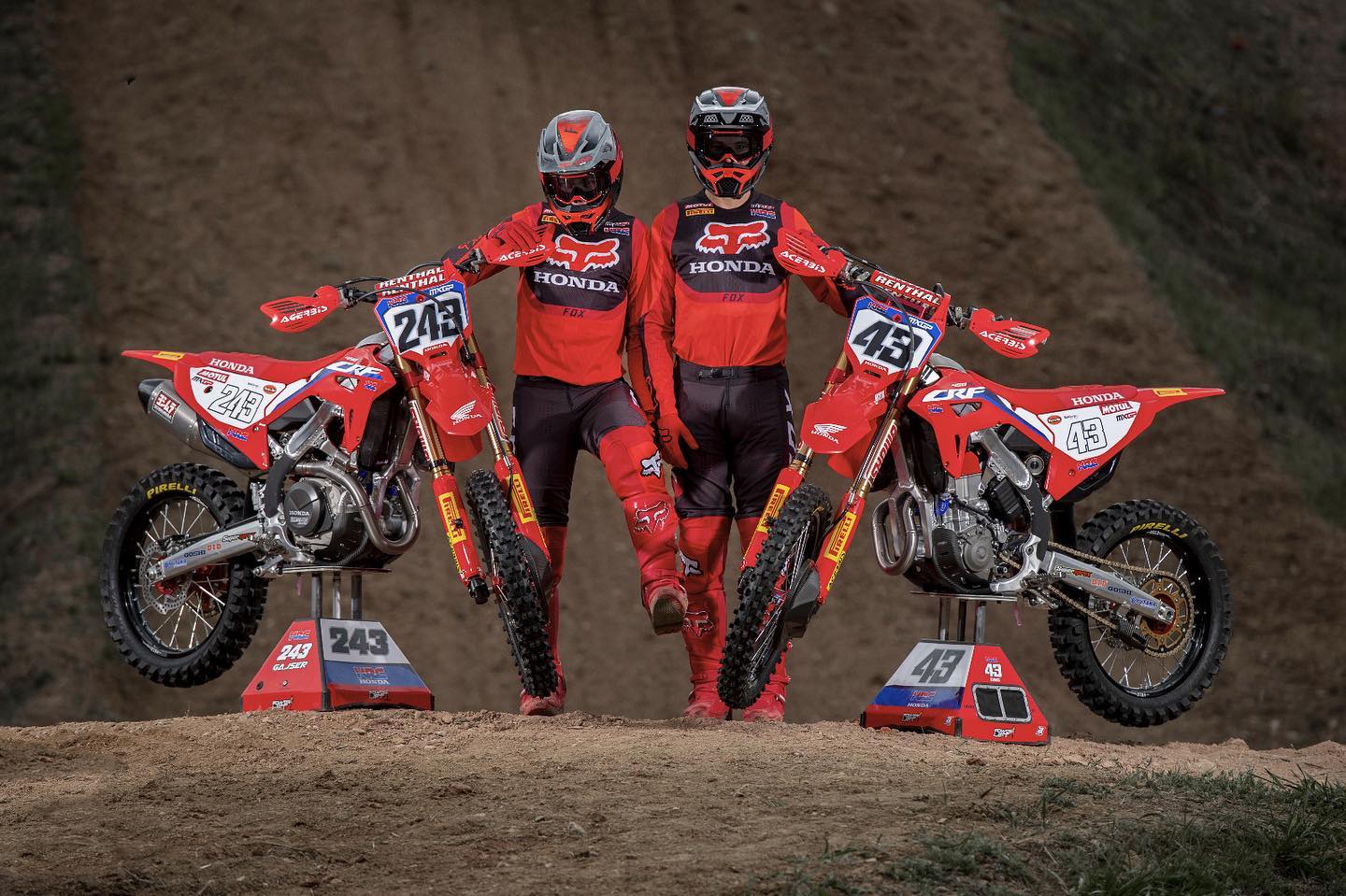 There were mixed results for our Aussie riders overseas last weekend, while others are counting down the hours before they start their 2021 campaigns this weekend. 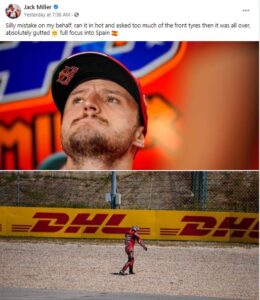 Jack Miller – had yet another disappointing MotoGP after coming to grief and will now focus on the next round in Spain.

Remy Gardner – After a last lap lunge up the inside of Joe Roberts to cross the line securing third, Gardner now leads the Moto2 Championship. 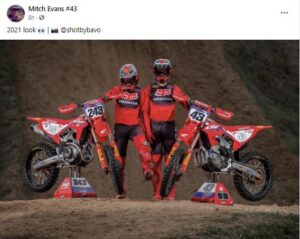 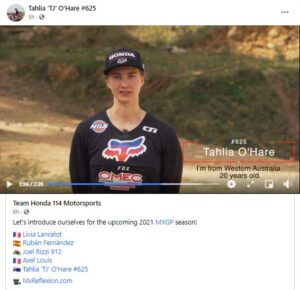 Tahlia O’Hare – and her team officially launch their campaign for 2021. 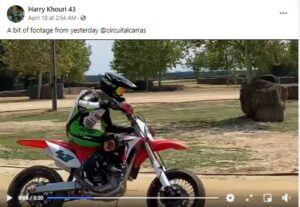 Harry Khouri – has put in some dirt track training in Europe prior to his WorldSBK SSP300 season start.

Jack Mahaffy – had a solid run at Round 1 of the CIV and was in the thick of the battle scoring a 14th and 13th for the weekend. 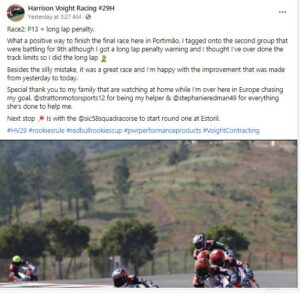 Harrison Voight – despite the difficult weekend, is able to take plenty of positives from it moving forward. 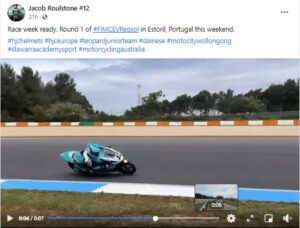 Jacob Roulstone – is feeling very positive heading into round 1 this weekend. 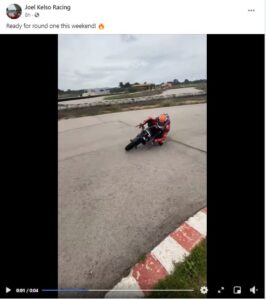 Joel Kelso – was getting in some last minute practice before this weekend’s first round. 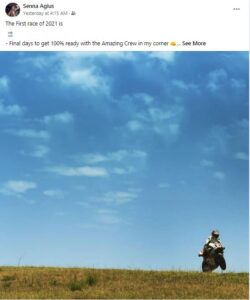 Senna Agius – has had a positive pre-season and is looking forward to racing this weekend in his second year in the Moto3 class. 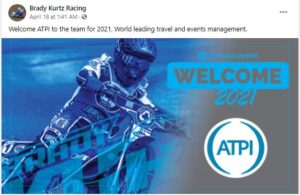 Brady Kurtz – confidence continues to build as another major sponsor in ATPI joins his team. 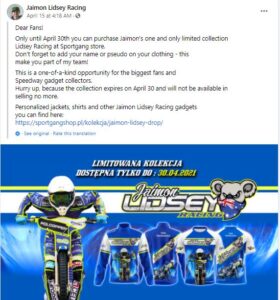 Jaimon Lidsey –  has released limited edition merchandise which is only available until April 30. So you better be quick. 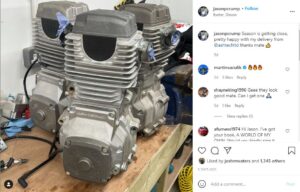 Jason Crump – has had his engines delivered for 2021 in which he hopes to again be celebrating on the top step throughout the season. 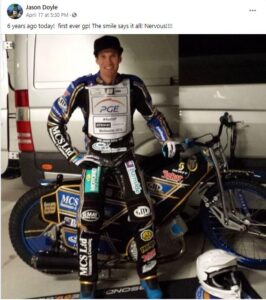 Jason Doyle – headed back down memory lane producing the ripper of a photo showing the nerves before his first ever GP. 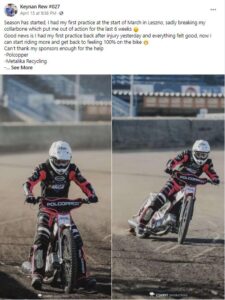 Keynan Rew – is back on track fighting fit after earlier this year breaking his collarbone. 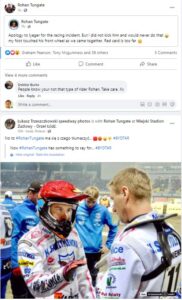 Rohan Tungate – had a tough week being involved in some on track controversy. 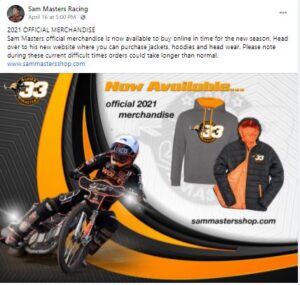 Sam Masters – has launched some nice looking 2021 merchandise for his fans and followers. 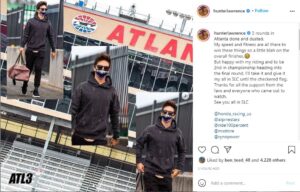 Hunter Lawrence – having fully recovered from his injury late last year is very happy to be sitting in 2nd place in the Championship. 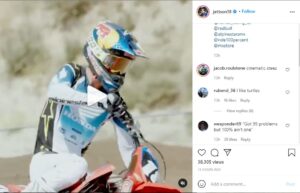 Jett Lawrence – has taken some time our to record a video for one of his sponsors. You can check it out on his Instagram page. 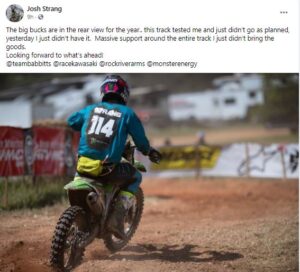 Josh Strang – had a tough weekend on track and will be happy to leave that one behind. 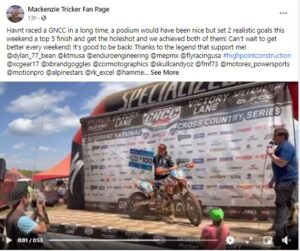 Mackenzie Tricker – was back on track for the GNCC and managed to score the holeshot and a top five finish. 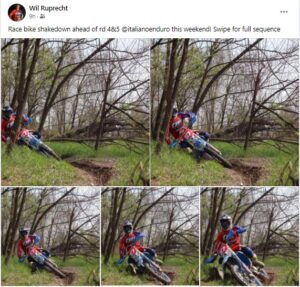 Wil Ruprecht – is ready for battle this weekend in the Italian Enduro after giving his bike a shakedown. 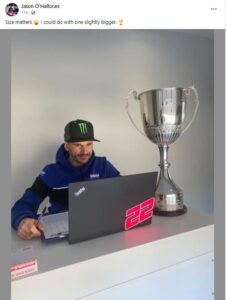 Jason O’Halloran – picturing adding a bigger trophy to his BSB collection this year.

Seth Crump – has unveiled his new look for his BSB campaign in 2021.

Toby Price – is back on the bike and reporting for Red Bull TV.