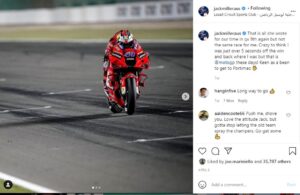 Jack Miller – Following struggles at the Doha Grand Prix in Qatar has undergone arm pump surgery and is currently recovering.

Remy Gardner – who is battling for the Moto2 Championship this year is guaranteed a MotoGP ride next year according to media reports. The reports claim as part of his contract with KTM that he us guaranteed the ride but will obviously depend on his results this year. 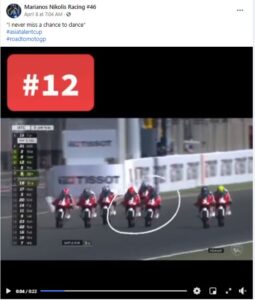 Marianos Nikolis – is still smiling from his Asia Talent Cup debut. Unfortunately for him and fellow Australian’s Tom Drane and Carter Thompson, because of COVID-19 and travel factors they were unable to get back to Australia in time for this weekend’s ASBK at Wakefield Park Raceway, NSW. 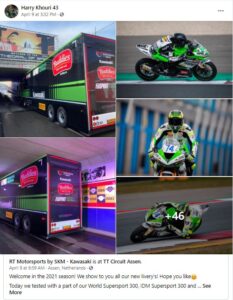 Harry Khouri – has unveiled his new livery for 2021 in his maiden season in the World Championship. 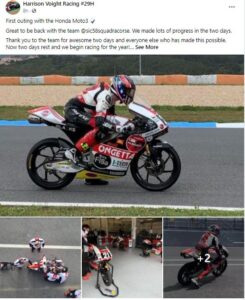 Harrison Voight – is happy with his progress in the first test session of the year. 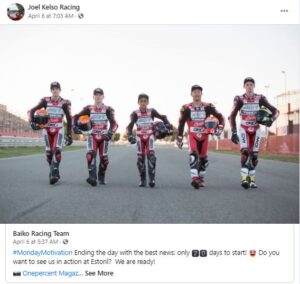 Joel Kelso – is ready to tackle to 2021 season following the recent test session. 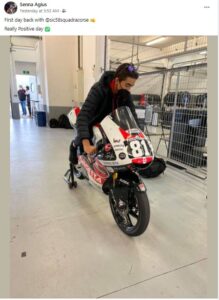 Senna Agius – Is feeling more confident about the 2021 season and can’t wait to get racing under way. 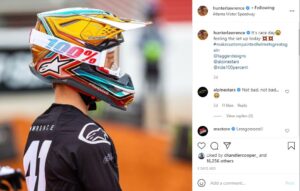 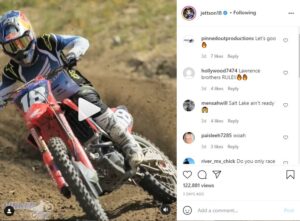 Jett Lawrence – has released new action footage of himself  in training which will know doubt keep fans impressed. 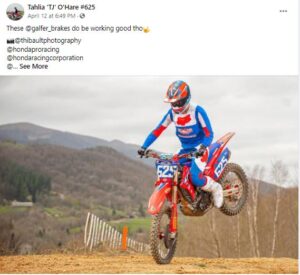 Tahlia O’Hare – continues to train hard before her season gets under way.

Josh Strang – continues to put in the hard yards training as he tackles the enduro scene.

Tayla Jones – was back to her winning form taking two wins at the recent @ussprintenduro. 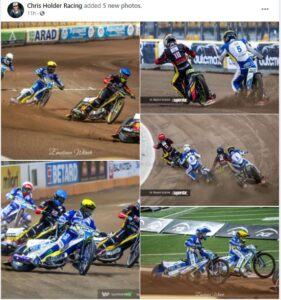 Chris Holder – is back in action for Torun and scoring valuable points for his team. 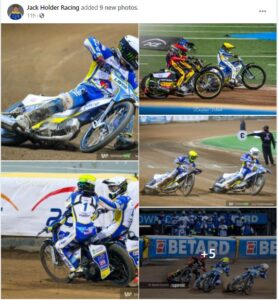 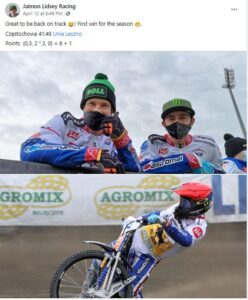 Jaimon Lidsey – is happy to be amongst familiar team mates, pictured above with Jason Doyle. 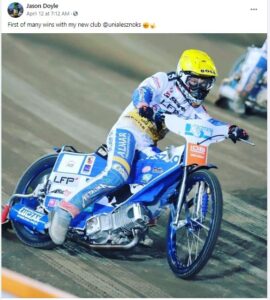 Jason Doyle –  is back to his winning form with new club unialesznoks. 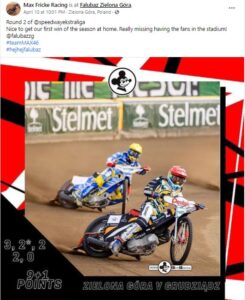 Max Fricke – has been based in Poland now for several months and is wrapped with his team Falubazzg recent win. 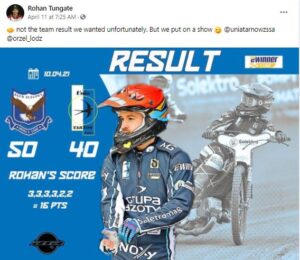 Rohan Tungate – while disappointed with the recent team result, is happy with the progress and show displayed. 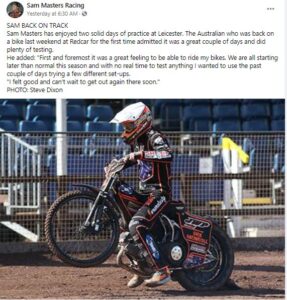 Sam Masters – is wrapped to be back on the bike after two successful days of practice at Leicester.