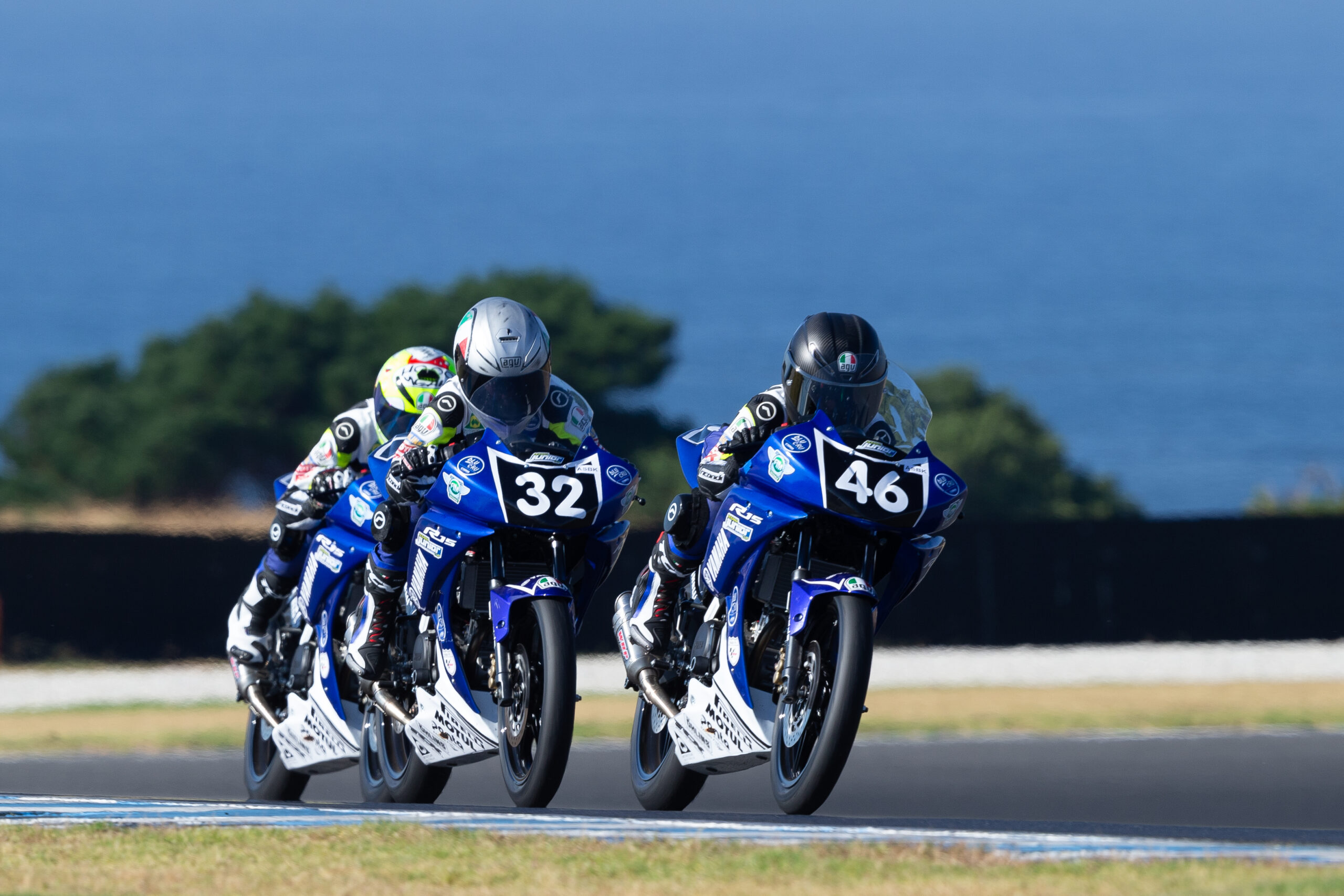 The Road To MotoGP™ begins now for 26 of Australia and New Zealand’s most talented junior road racers, as the 2019 bLU cRU Oceania Junior Cup roars into life for the first time ever at Wakefield Park, New South Wales (NSW) for Round 1 of the junior Road Race academy.

Running in conjunction with Round 2 of the 2019 Motul Pirelli Australian Superbike Championship (ASBK) the opening round for Motorcycling Australia’s (MA) ground-breaking junior Road Race academy features a field of ambitious young riders looking to become the first to claim an Oceania Junior Cup round and make an initial claim for one of the five positions in the 2019 Asia Talent Cup Selection Event, and a potential place in the 2019 Red Bull MotoGP Rookies Cup Selection Event.

With one second separating the top 10 times from the Official ASBK Test at Phillip Island last February, and two second covering the top 16, expect a fierce fight to the finish as each rider tries to find the smallest advantage to claim victory.

“Motorcycling Australia are committed to encouraging the junior talent of today to become the leading talent of tomorrow. The bLU cRU Oceania Junior Cup is a huge step in the right direction for Australian Road Racing, and we couldn’t be more pleased with all the nationwide and international interest the program has already received,” explained Port.

“With a full grid that features junior motorcycle talent from multiple disciplines including Speedway, Motocross, Enduro and Dirt Track, this Junior Road Race Academy will lead our juniors on the path to success both here in Australia and hopefully overseas. And it all kicks off this weekend at Wakefield. With every bike identical, the racing will come down to the race craft of each individual kid.” 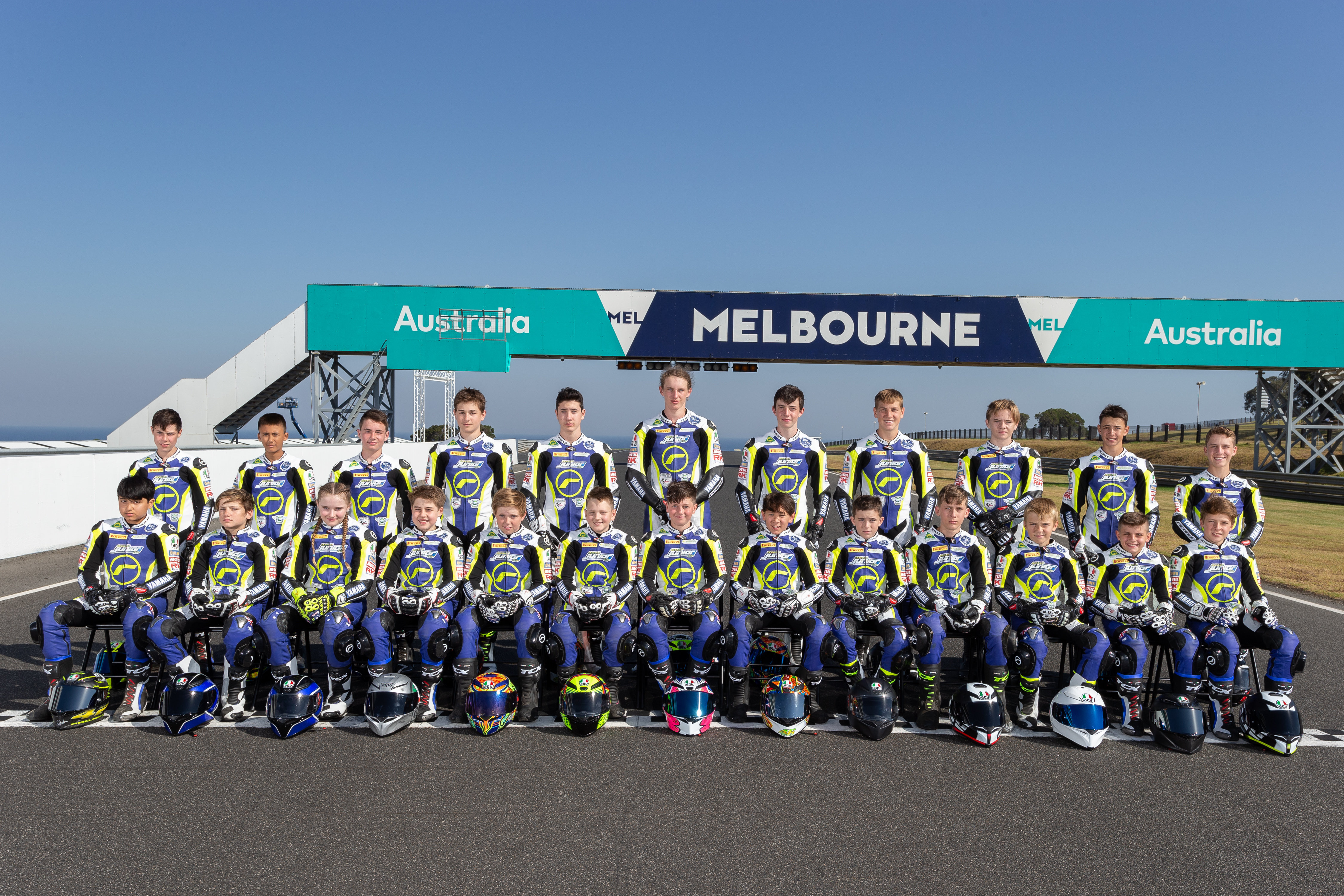 The bLU cRU Oceania Junior Cup has, since its inception, caught the attention of the Federation Internationale de Motocyclisme (FIM) and FIM Oceania, with the international governing bodies’ direct support the catalyst for making the program a reality.

“The FIM is proud to support an exciting grassroots development programme such as the Oceania Junior Cup alongside important partners such as MOTUL, Pirelli and Yamaha. We are also delighted that our MotoGP and WSBK promoter Dorna has included the series in the highly successful “Road to MotoGP” juniors’ development program. We are looking forward to a bright future for Australian riders,’ explained FIM Services Director, Damiano Zamana.

All the action from Round 1 of the bLU cRU Oceania Junior Cup will be freely streamed viaASBK.com.au so you can witness a historical moment in Australian Junior Road Racing!

Our Juniors will grace the track at Wakefield Park from 11:25AM, 2:05PM and 3:35PM on Saturday 23rdMarch, returning on Sunday 24th March to battle it out for inaugural podium real estate from 9:10AM and 10:25AM, with their third and final race for the weekend scheduled for 3:30PM.

If you’re heading to Wakefield Park, purchase your tickets now to save yourself time and hassle when you arrive. Tickets can be purchased here, with online prices starting at $35.00 for an adult weekend pass or $25.00 for a Concession, with free entry for all children aged 15 years and under.

Stay updated on all things bLU cRU Oceania Junior Cup by checking out the website and Facebook.