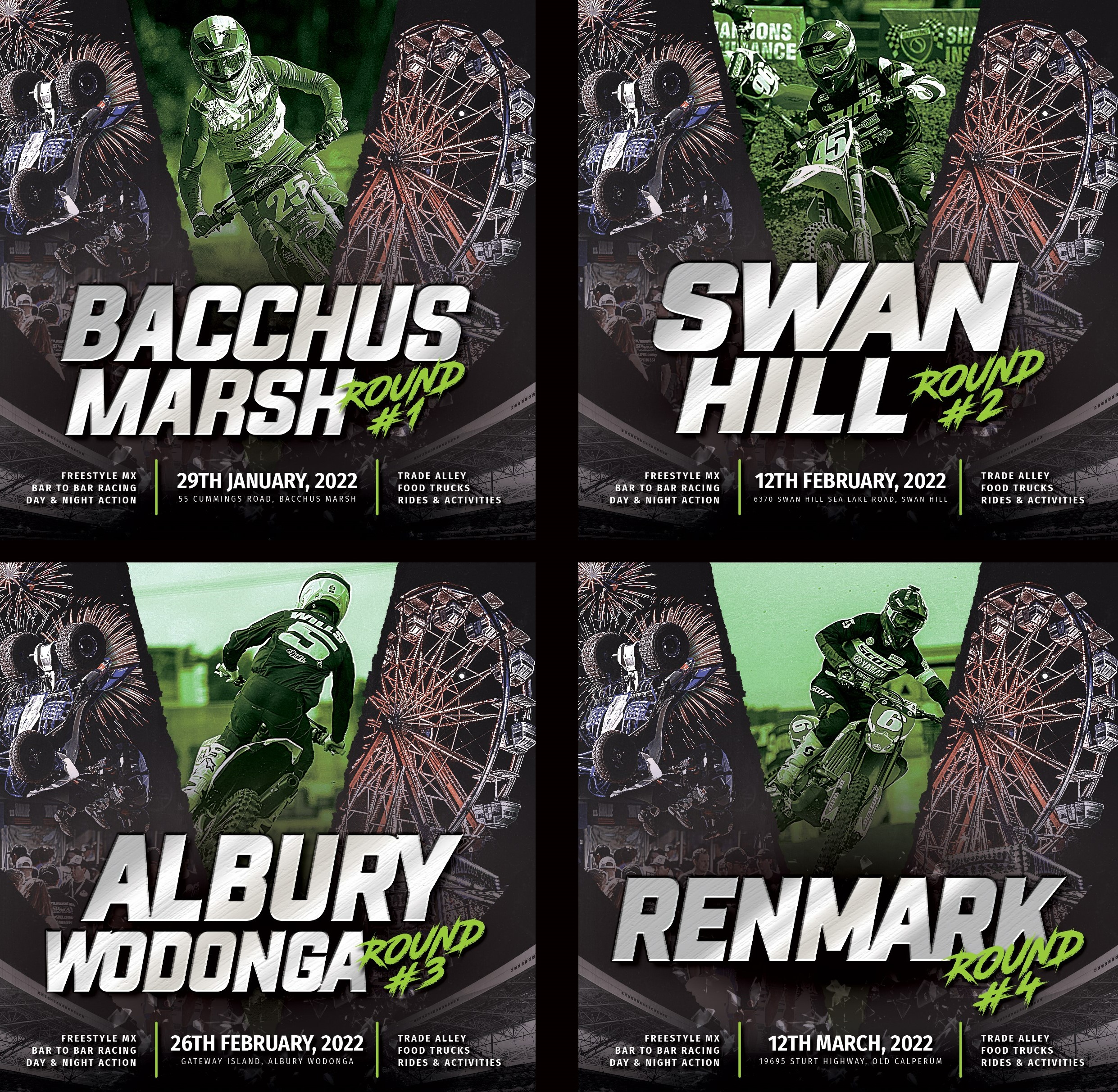 The 2022 Australian Arenacross Series is aimed at amateurs who want to have fun right through to professional racers, and families who want to enjoy a carnival like atmosphere.

The 2022 Series fires into action at Victoria’s Bacchus Marsh on January 29, before heading North to Swan Hill on February 12, Albury/Wodonga on February 26, and the Grand Finale at South Australia’s Renmark on March 12.

Josh and Jess Proctor, owners of Protraxx, wanted to fill the gap between Motocross and Supercoss, providing riders with an amazing opportunity to race and give fans some sensational on track action, with a fun and safe track for your average rider all the way to the seasoned pro.

“Making this event an enjoyable experience for all that walk through the gates was paramount to ensure our event is a lasting success,” said Jess and Josh.