From ASBK To MotoGP – Joel Kelso

You are here: Home / Important Announcements / From ASBK To MotoGP – Joel Kelso
Back 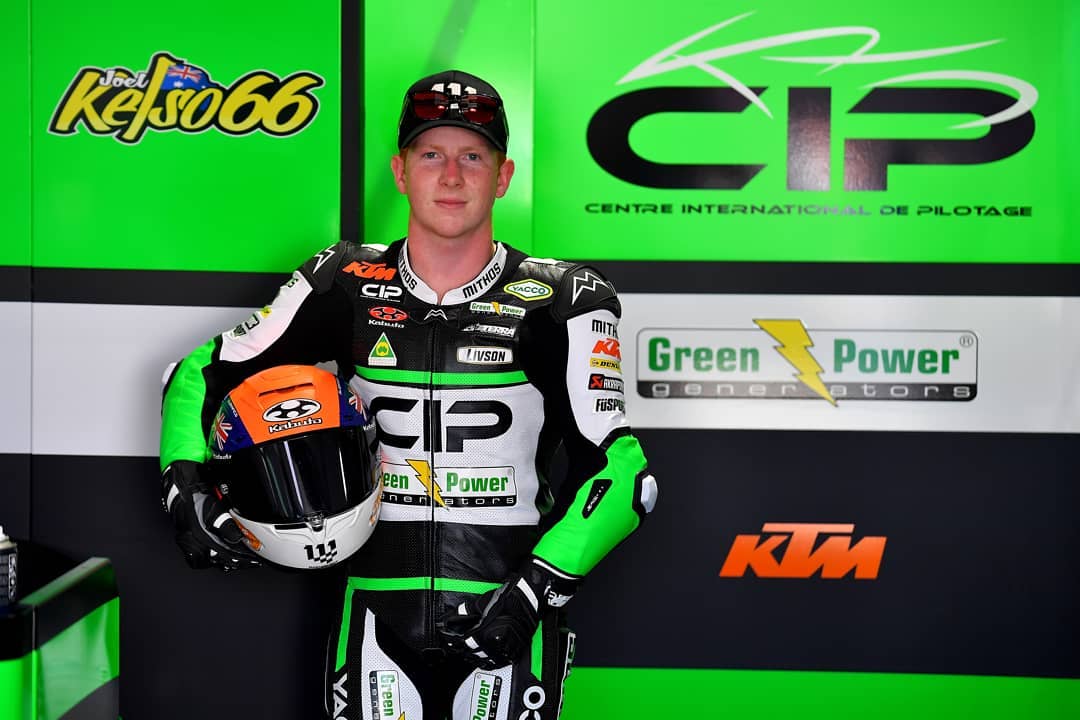 Joel Kelso can’t wait to represent Australia next year in MotoGP and admits if it wasn’t for his time in the Australian Superbike Championship, he wouldn’t be making his full-time debut in the Moto3 class next year.

Motorcycling Australia spoke to Kelso overnight following the news the Northern Territory youngster had signed a contract with with CIP Green Power (Remy Gardner’s former team), after his successful wildcard entries in the Moto3 class earlier this year in Germany and the Netherlands.

Kelso, a former ASBK competitor, has been racing in the FIM Moto3 Junior World Championship where he has scored a number of pole positions, top ten finishes and victories in the past two years, which opened up the opportunity for the MotoGP Moto3 wildcard ride.

His performance in Moto3 spiked significant interest from a number of high-profile MotoGP teams.

“We had a few offers on the table after the wildcard and we had to weigh up what was the best option, and I thought it was best to go with CIP Green Power after the good progress we had made at the first two rounds,” said Kelso from Europe.

“I haven’t experienced MotoGP as a full-time rider, obviously with tracks I know I would like to be top 15, top 10, but top 10s would be ideal and I think is achievable.

“I expect a few good results, but also expect it to be a bit of a roller-coaster, which is normal for a first year especially on new tracks.

“I need to make a nice impression in the first year, to try and secure a ride the year after.” 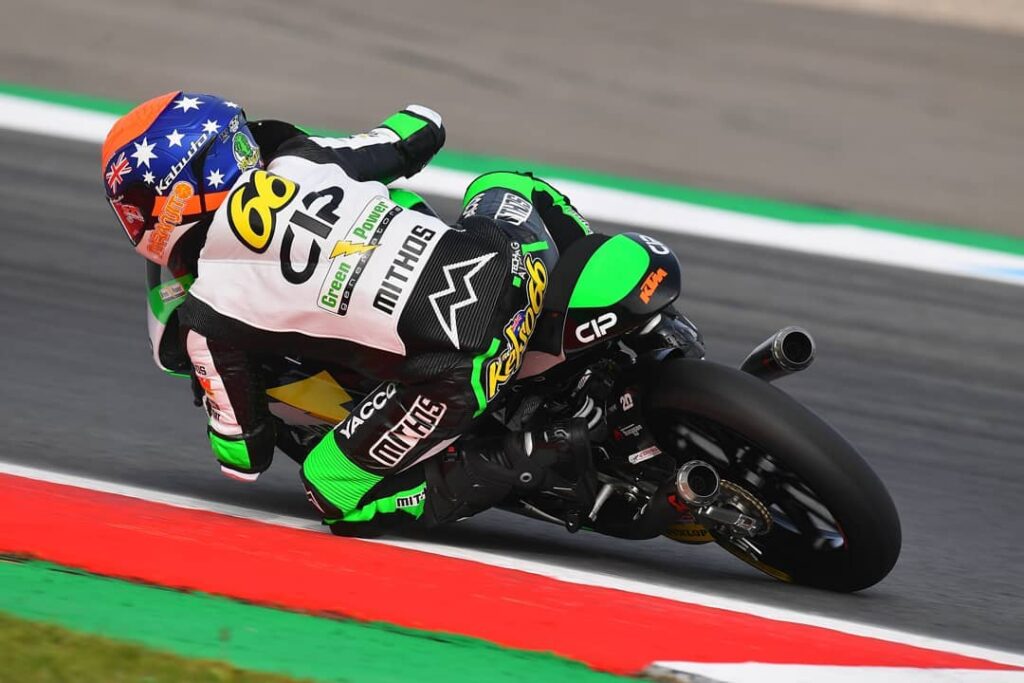 Kelso was ecstatic at the response of the MotoGP news from his Australian fans.

“I was super happy I got to release the news to the fans, it’s an honour to represent Australia next year in the World Championship.

“Now there will be three Aussies in all three classes of the World Championship which will be amazing.

“Hopefully it will spark some interest in the moto3 class again since I will be in there and to have heaps of Australians have my back and supporting me is just amazing.

“I can’t wait to come back to Phillip Island and race, it will be amazing.

“I think that’s the race I’m looking forward to most as I get to see my family who haven’t seen me race for five years. They’ll get to see me on track and in person it will be amazing.”

Kelso admits if it wasn’t for his time in ASBK, where he dominated, he wouldn’t be lining up on the MotoGP grid next year.

“Without the experience of racing in ASBK when I was younger, I wouldn’t be standing here today.

“It was a massive play in my career and got me ready when I came over here three-four years ago when I was just about to turn 16.”

Kelso is also full of praise for Motorcycling Australia’s bLU cRU Oceania Junior Cup and believes the program can produce riders who will get to World Championship level.

“It’s great to see what they are doing with Oceania Junior Cup, it’s so competitive and the close racing gets them ready to come over to Europe.

“The most important thing for the riders is to stay focused on their goal and just keep working towards it as they have plenty of years to get here.

“It hasn’t been a straight up walk into the Championship for me, it’s definitely a journey and you have to continue on the pathway and step it up each year.

“My advise is keep chipping away at it, it’s a project and not something that happens overnight.” 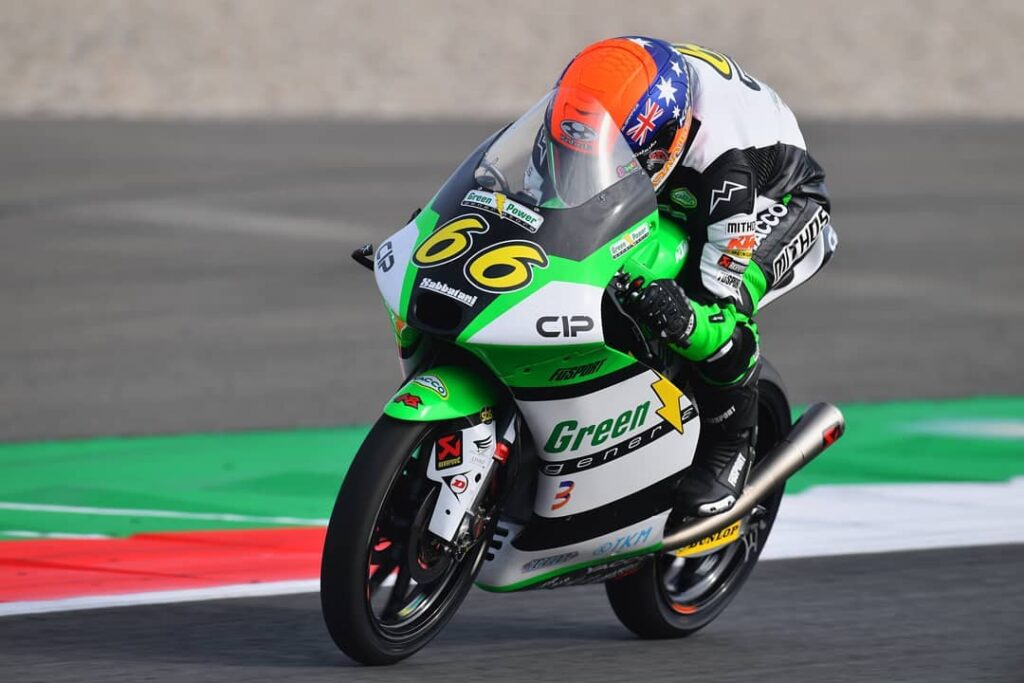 “After the two races in Germany and the Netherlands, we decided to rely on Joel Kelso for the next season,” he said.

“He is a promising young Australian rider and we are convinced that he will do well in his first year in the World Championship.

“He is another Australian who will fly our colours just like Remy Gardner did a few years ago.”

For now, it is back to business for Kelso in the FIM Moto3 Junior World Championship next weekend in Misano as a support class for the MotoGP and then onto Valencia for the last round of the Championship, before he hopes to head home for Christmas.