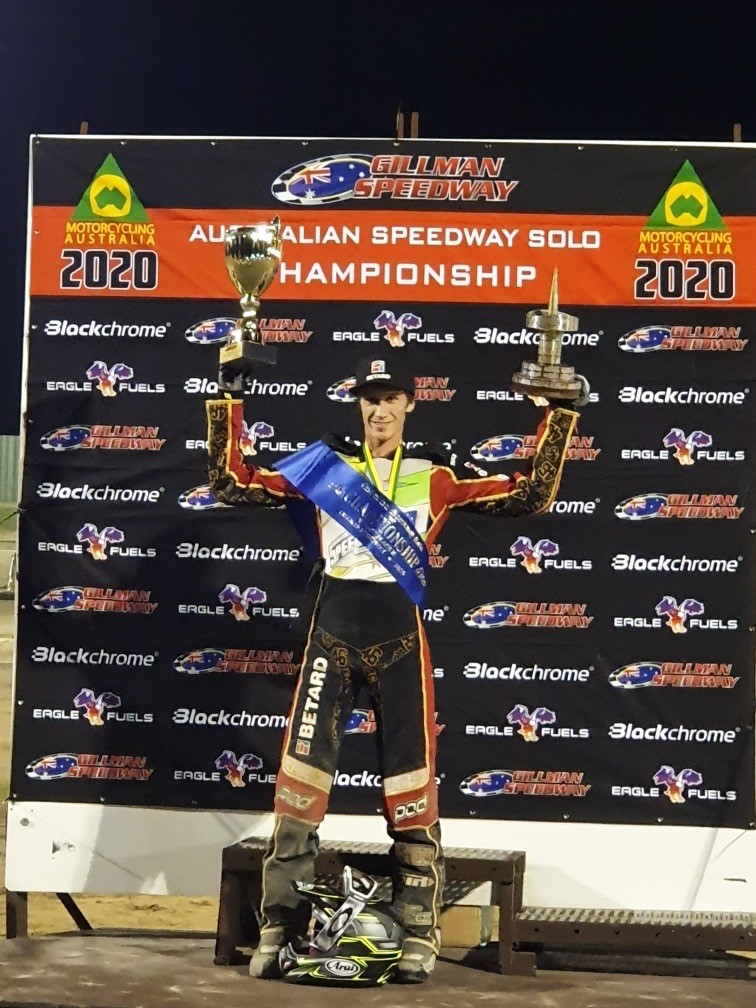 Mansfield’s Max Fricke has taken out the 2020 Australian Senior Solo Speedway Championships at Gillman Speedway, South Australia tonight, making it back to back championships for the Victorian.

In front of a packed South Australian crowd, fans were treated to the best racing this season.

The Gillman Speedway track was in fantastic shape with riders all night dicing in tight lines early in the heats before finding significant speed out wide.

Despite Fricke securing the championship earlier in the night on points, it was Jack Holder who blitzed the field in the final race, with Fricke second, Rohan Tungate third, and Josh Pickering fourth.

Holder’s Final win backed up his performance earlier in the night where he picked superior lines and clearly had superior speed.

He looked at ease on the bike at every round, ensuring he is in good form for his European campaign later this year.

“It’s nice to know that it’s all wrapped up now and I can relax a bit,” Max said before the night’s finals.

“It’s really nice to know that I’ve come away with it (the championship) now.

“It’s really cool, it’s nice to be able to put myself as a back to back champion with all the names on the trophy.

“I’m over the moon and can’t thank everyone enough.”