You are here: Home / Important Announcements / Four Aussies Flying The Flag At Dakar
Back

In less than 3 days time, 4 Australians are hoping to make history in the toughest off-road event on the planet – The Dakar Rally.

They will be joined by fellow Victorian, Bendigo’s Michael Burgess and Andrew Houlihan from Albury, NSW.

Burgess will be racing with Swiss-based team Nomad Racing aboard a KTM, while Houlihan will be competing with the Nomadas Adventure Coca Cola Racing Team and also has support from Speedcafe.

The Dakar 2021 starts in Jeddah, Saudi Arabia on January 2 with a prologue, before riders start the first of 11 gruelling stages which run between January 3-15.

Dakar Rally organisers have ensured this year’s route will be a brand-new experience for all riders, including every single kilometre of the special stages, while the fastest sectors, where the difference comes down to raw power, have been trimmed.

Add to this the fact that a majority of riders have barely had any race time on their bikes this year thanks to COVID-19, and anybody could win the Dakar.

Both Price and Sanders had seat time earlier this year with the Andalucia Rally, where Sanders surprised the rally world by not only qualifying for the Dakar, but taking a stage win in his first ever rally event. His impressive speed and handling of the rally machine had tongues wagging. 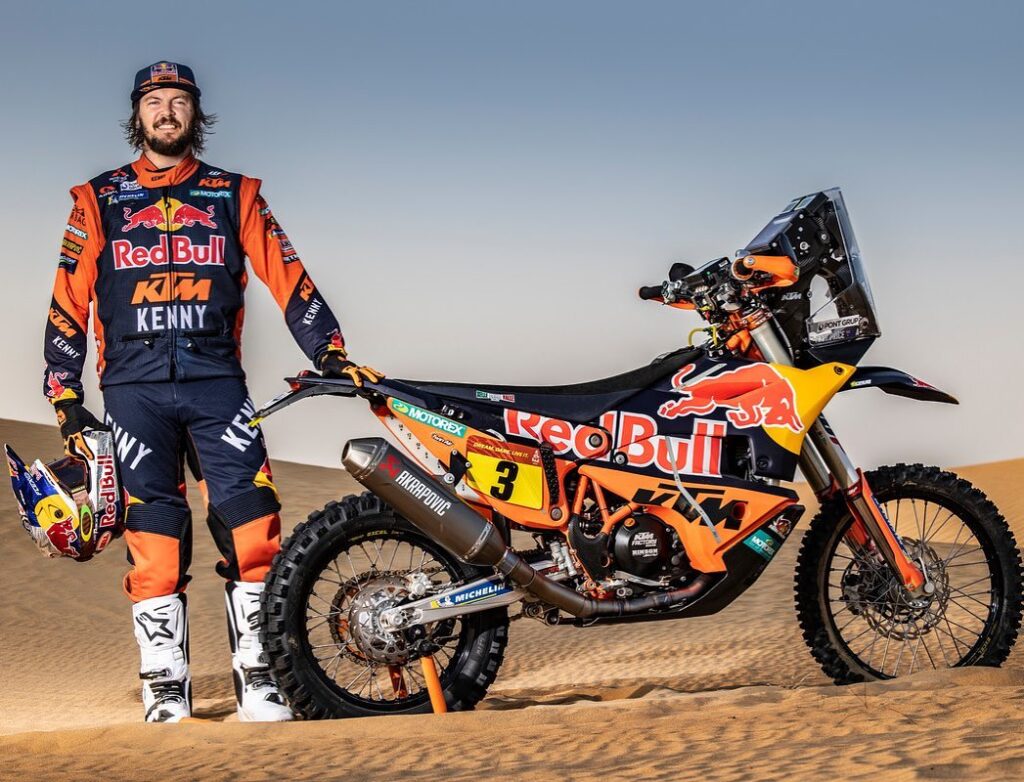 Price, a two-times Dakar winner, is fierce in the sand dunes, and regarded as one of the toughest rally riders the world has seen. He will be a force to be reckoned with and will have a massive contingent of Australian fans cheering him on from their television screens.

Houlihan will be aboard a new 2020 KTM Rally Factory replica he has prepared in his Albury workshop in recent months.

Houlihan trained as much as possible in recent months including riding at night and navigation training aboard 2020 KTM 450 Rally Factory Replica.

Houlihan had plans to leave for Dakar on January 26, but his flight was cancelled amid COVID concerns and was forced to scramble to find alternative flights through Europe to get to Dakar. 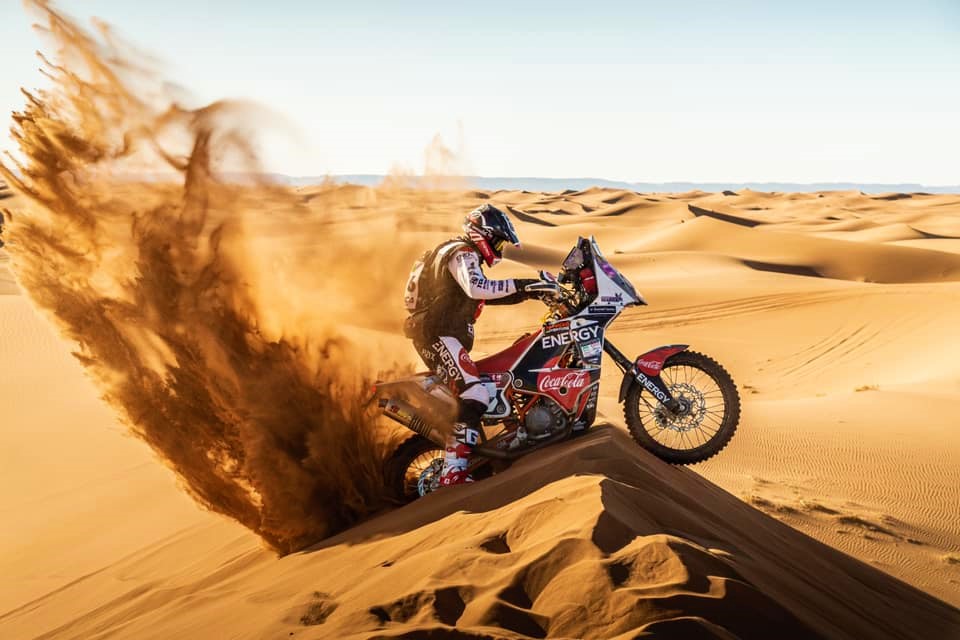 “Dakar has the reputation as the most physically and mentally demanding, as well as the most dangerous race in the world,” Houlihan said.

“As soon as I returned to Australia in February from the Africa Eco Race COVID hit, and my plans to return to Morocco and Saudi to train did not happen.

“I have had to make the most of what time I’ve had available in Australia. It definitely has not been the ideal preparation for me.

“So for 2021 I just want to get across the finish line safely, get my first Dakar done and then return in 2022.
“I’m really excited to be there with Toby, Daniel and Michael. I expect all three of these guys to be very competitive.

“It would be great to see Aussies on the podium in Saudi.”

For Burgess, he is no stranger to desert racing having had plenty of training in the Western Australian deserts and has previously competed in the Sahara Desert sand dunes of Morocco. 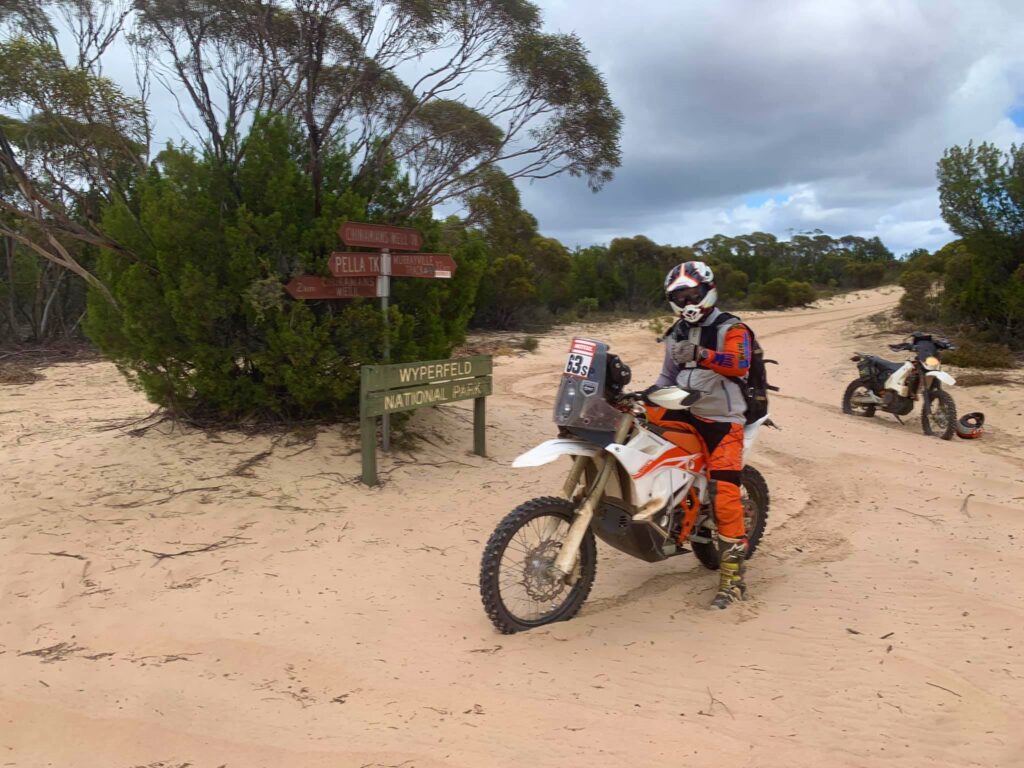 “My training has been great, probably the best I have had leading into any event, and I have really enjoyed the journey. I’m fit and looking forward to riding the road books.

“My expectations of Dakar are the whole challenge that goes with the label ‘Dakar’. My expectations of myself are to enjoy it, results are not a factor when it comes to the investment made with an event like Dakar. Riding to finish is the goal.

“I am looking forward to Riding with Andrew, Daniel and Toby. We have been talking through social media networks helping each other out.  I am also very proud to be waving the Australian flag alongside these three legends.”

For Sanders, the 2020 Australia Off-Road Championship Champion, this will be his first Dakar rally and only having ridden a rally bike in the past 4 months, he has adapted quickly and will definitely be a rider to watch. 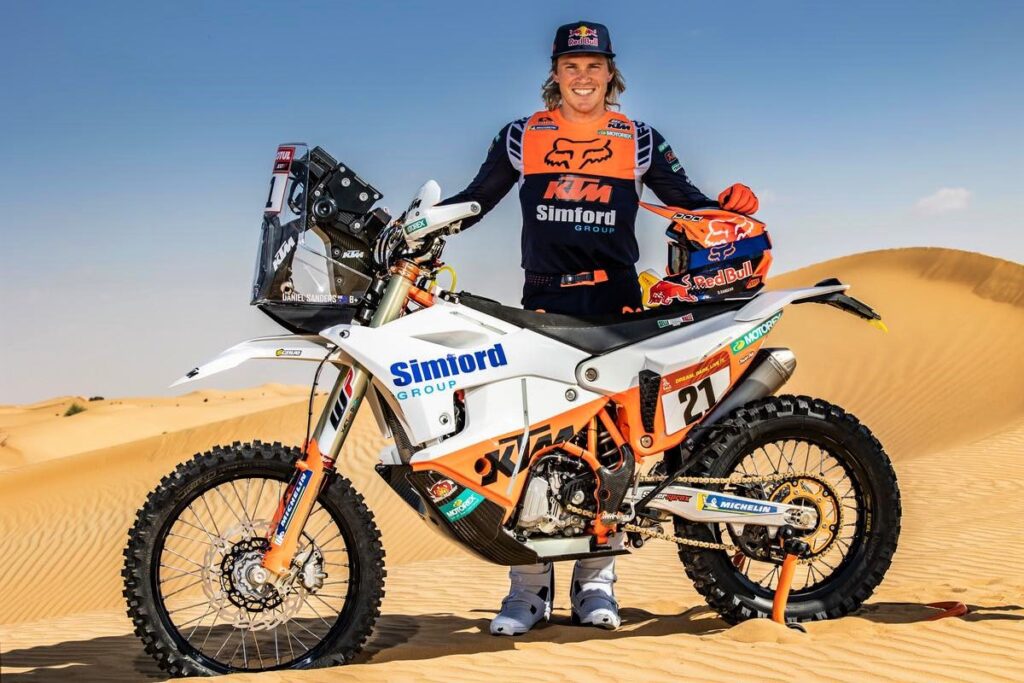 “My expectations are to finish and hopefully I’ve learn’t a lot over the last 4-months of roadbook training and with the bike, so I’d really like to get into the top 10 but of course I want to finish it mostly,” said Sanders.

“I’m expecting the worst. I expect long tiring days, low energy so it’s going to be very hard to focus and minimise the fatigue.

“It’s cool to be in a group of Aussies racing and to see Andrew and Michael racing and seeing their passion for the race.

“We’ve all been in contact and helping each other where we can in this tough situation of COVID. It will be really cool to catch up and here the stories each day in the race.

“For the supporters, I’ll be giving it everything. I haven’t left the country for 4-months to not finish.

“I think it’s going to take a couple of days in the race to get in a good rhythm and see how the race pans out.

“I hope to be at the pointy end but with only 1 rally under my belt, I hope I’ve got enough experience in racing and some luck on my side to get up the pointy end. Thanks everyone for their support.” 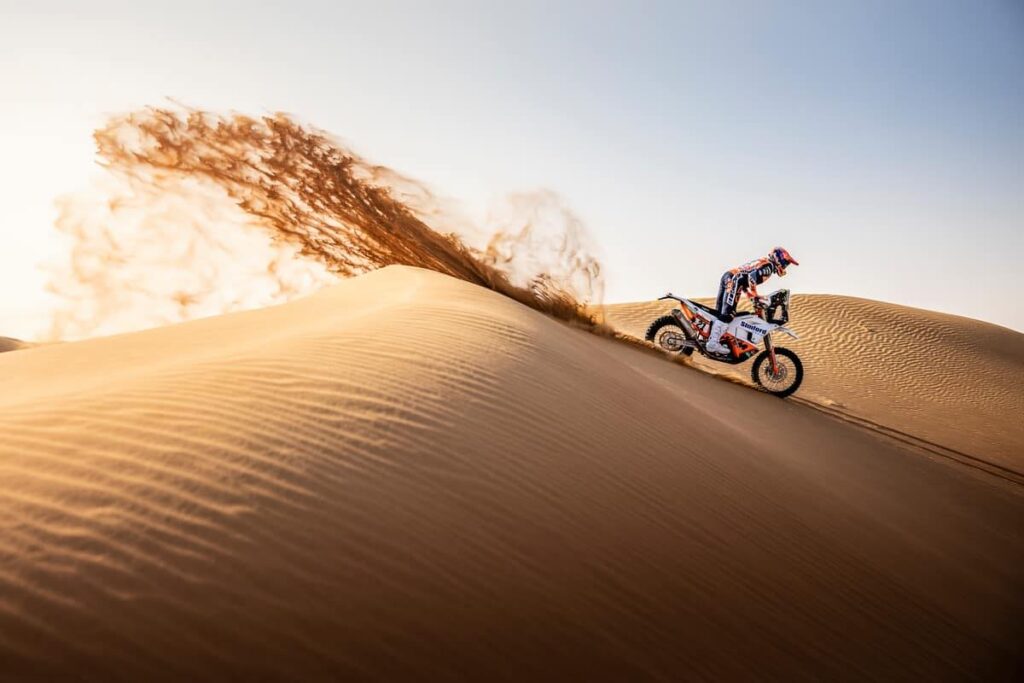 Australian fans can keep up to date with the latest results via Motorcycling Australia’s social media pages.