You are here: Home / News / Five Australians Set For Speedway Grand Prix Qualifier This Weekend
Back

The 2021 FIM Speedway Grand Prix Qualifiers to be held this Saturday, June 19, will see five of Australia’s most talented riders go into battle. 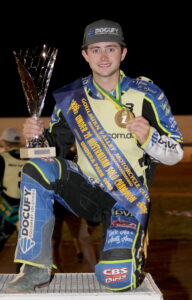 The qualifiers were initially due to take place in late May, but French circuit Lamothe Landerron and German club Abensberg no longer feature on the calendar.

Scottish track Glasgow and former Croatian SGP venue Gorican are retained as hosts, with their rounds switched to this Saturday, June 19. They will now be joined by Italian circuit Terenzano, along with the Hungarian Nagyhala Speedway Ring.

The top three or four riders in these meetings will progress to the GP Challenge, which is still due to take place at Slovak circuit Zarnovica on August 21.

The top three riders there will earn guaranteed places in the SGP next year.

Motorcycling Australia CEO, Peter Doyle, said the Australian riders are some of the best in the world.

“We have a very proud and strong speedway history in Australia and these five very talented riders will no doubt give their all in the qualifiers and we will be cheering them on,” he said.

“Australian speedway riders have a great record in not only qualifying for the SGP, but also winning, and we hope that in 2021 we can again see an Australian rider standing on top of the podium.”