You are here: Home / News / Dirt Track Stars Head To Gunnedah This Weekend
Back 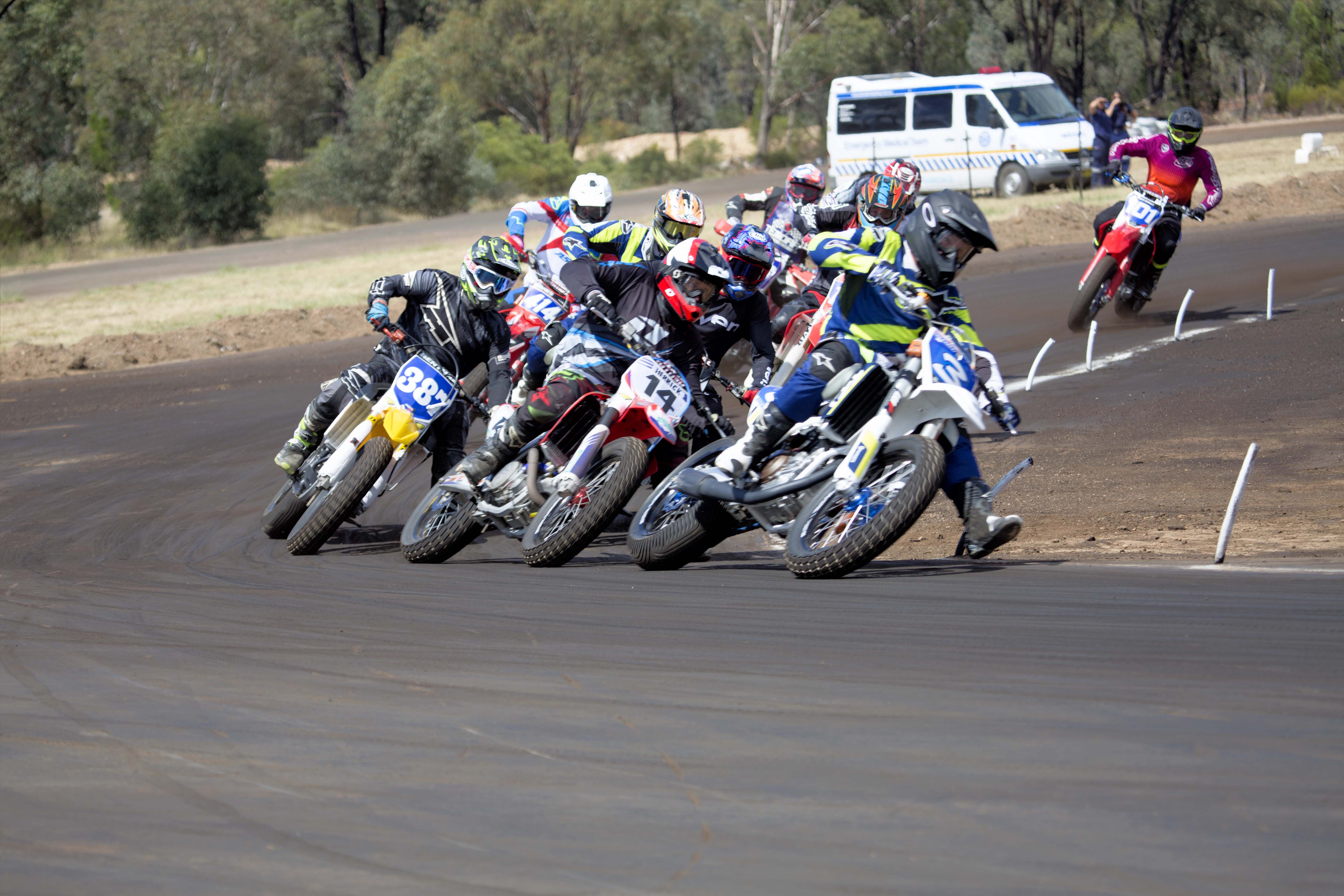 Riders are coming from as far afield as Townsville in the north and Mildura in the west, as well as one American, to contest this weekend’s 2018 Australian Senior Dirt Track Championship meeting at the Balcary Park Raceway at Gunnedah (NSW).

A classy line-up of riders should ensure quality action across the two days of competition on Saturday and Sunday.

Home track advantage is always a bonus, and former champion Marty McNamara, young gun Jordan Dall and veteran dirt track sidecar star Darryl Woodhead and passenger Shaun Fuller stand out among those who will carry the hopes of local fans in the face of tough opposition that will come from various sources.

The Pro 450, Pro Open and MX Open classes will see a mix of former champions, in some cases almost veteran stars, and young guns challenging for honours.

Townsville rider Kayden Downing will defend the premier Pro 450 class, while there are another four former Australian championship among the entries –Paul Caslick, Luke Gough, Michael Kirkness ( all from NSW) and Rowan Tegart from Mildura.

Kempsey rider Jarryd Oram, is another star of oiled tracks, who cannot be overlooked, while Daniel Wicks was prominent at the recent Australian Track Championship meeting and the name of Canberra rider Ian Hamilton would not be out of place among title honours.

On top of those riders there are few unknowns, like well-credentialed Queensland speedway rider Ryan Douglas and American Gage McAllister who will be having his first ever meeting on a track like Balcary Park.

Anyone who saw McAllister racing supermoto at Newcastle last weekend will know what a talent he is so a prominent showing this weekend would not surprise.

Add in the youngsters like Tom Herrick from West Wyalong, Mackenzie Childs from Newcastle and last year’s Australian Junior champion Kye Andrews from Taree, in what will be his first open meeting in senior competition.

Probably the hottest favourite this weekend will be North Brisbane rider Briony Hendrickson who has been the benchmark in the Womens class for several years now.

There is only a small field for the ATV Open class, but it is full of quality with Newcastle rider Matthew Griffiths hell-bent on revenge over Robert Booth who took the honours at the Australian Track Championship.

Action at the Balcary Park track will get under way both days at 10.00am – on Saturday for practice followed immediately by the first round of competition, and on Sunday for a Parade Lap and Official Opening before competition.