You are here: Home / News / Classes Announced For The 2022 Penrite ProMX Championship Presented By AMX Superstores
Back 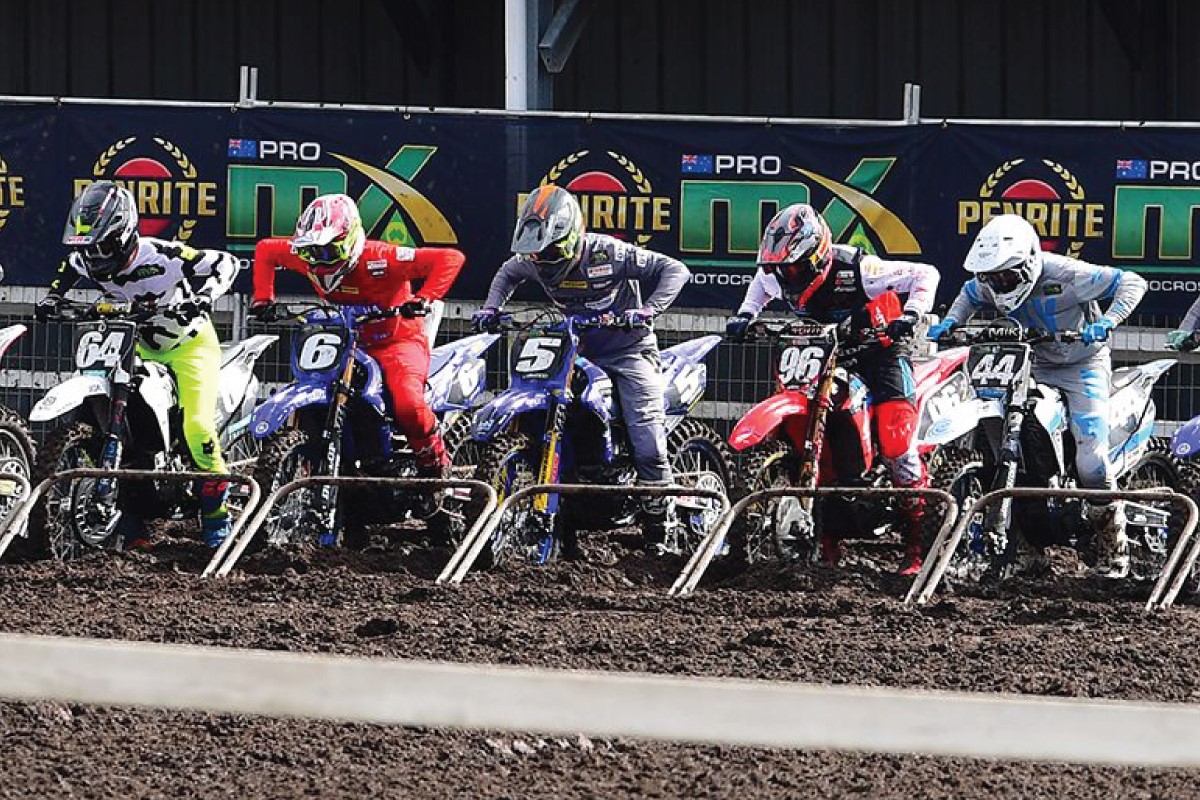 The ProMX Management team is pleased to confirm both the Championship and Support classes for the 2022 Penrite ProMX Championship presented by AMX Superstores (ProMX).

The permanent class structure for the ProMX Championship will remain unchanged, as the THOR MX1 Class will take centre stage across all 8 Rounds of the Championship, showcasing incredible domestic and international talent on 450cc machines to Television audiences and live race fans across the country.

The Pirelli MX2 Class will once again provide energetic and fast changing on track action as the young riders graduating to the professional ranks on 250cc four stroke machines fight for their chance at the big time on the national stage.

Maxxis MX3 also returns after unanimous praise from the riders, industry and fans alike. This new initiative by Motorcycling Australia (MA) and the ProMX Management team sees riders aged 14 and over as junior racers able to compete against upto 18 years of age, with the goal of providing a pathway to the international stage for our elite Australian junior talent.

In addition to the ProMX Championship classes, the fan favourite support classes will return for the 2022 Championship. MX Womens (MXW) will take to the stage at the opening round of the Championship at Wonthaggi in Victoria on March 27th to showcase the premier female racers competing at a senior level. MXW will also feature at Round 4 of the Championship at Gillman SA, on May 29th followed by the season finale at Coolum QLD on August 20th and 21st.

Building on the success of the ProMX debut for the Evo Cup in the 2021 Championship, the post classic machines will return along with the Pre 95 machines as a combined class to race at Coffs Harbour NSW, for Round 6 of the Championship. The combined classes will give both classic and post classic Motocross enthusiasts, fans and riders a trip down memory lane to the retro two and four strokes blasting across the confines of the Coffs Harbour track.

The Championship finale at Coolum, QLD on August 20th and 21st will also play host to the Veterans Championship, showcasing retired national champions and passionate veteran racers who will face off on the grueling Coolum sand track over the course of the final weekend of the 2022 ProMX Championship.

The bLU cRU YZ 65 cup will return in 2022 for 2 Rounds, with an announcement coming soon on the tracks and further details the Junior under 12 future stars will feature in.

Stay tuned for more exciting announcements over the coming weeks regarding the 2022 Penrite ProMX Championship presented by AMX Superstores. 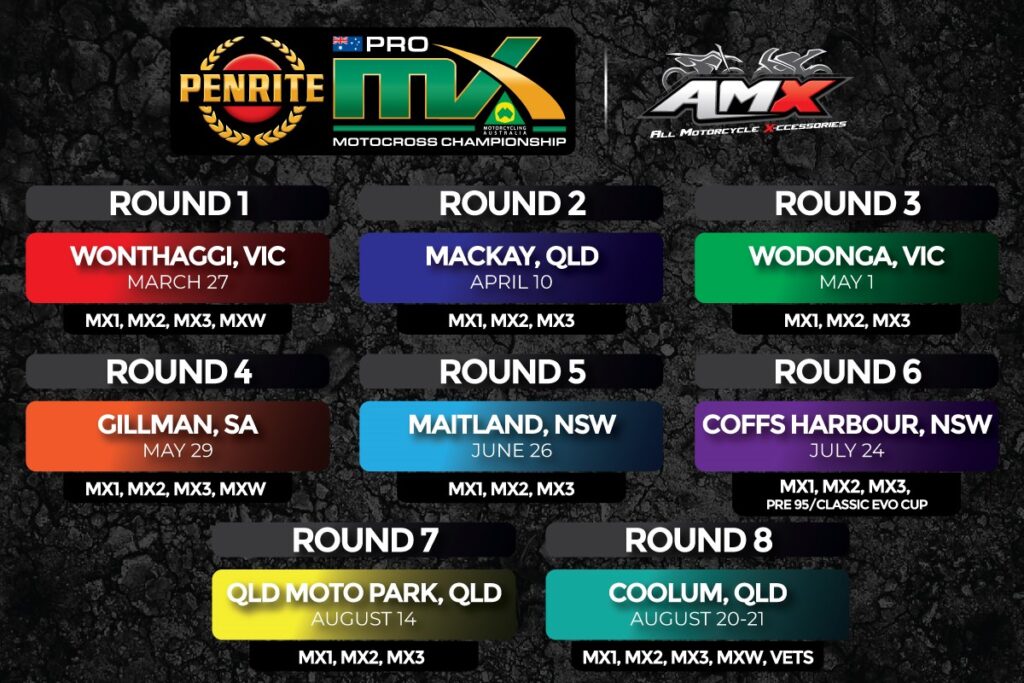