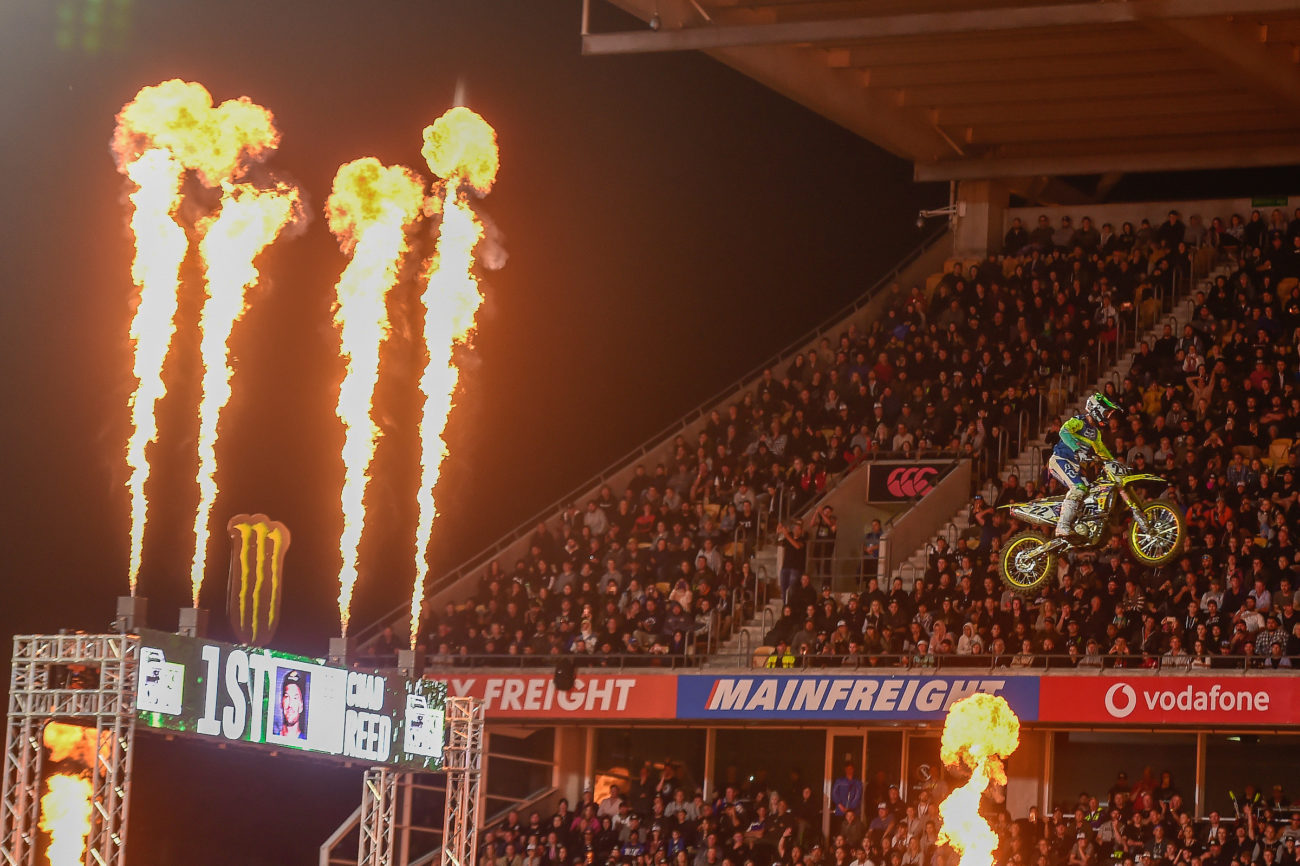 Reed left the entire field in his wake to win all three feature races at the Monster Energy S-X Open Auckland, to make a remarkable run to victory on the night, and of the overall Oceania championship.

The pair traded blows on the track before literally trading blows off it to cap off a huge win for the ANZACs over the Internationals.

With no Supercross series in New Zealand, it was a huge challenge for Natzke on the world-class track but the youngster was up to the challenge to finish as the fastest Kiwi for the event.

Meanwhile, for the S-X Open event results, Reed’s win was followed impressively by up and coming Aussie speedster Hayden Mellross with Wilson in third.

The Monster Energy S-X Open Auckland was hailed a huge success with 21,126 screaming fans on hand to witness the inaugural running of the event.