You are here: Home / News / Broc Parkes Leads Home a Second Aussie 1-2 at The Bend
Back 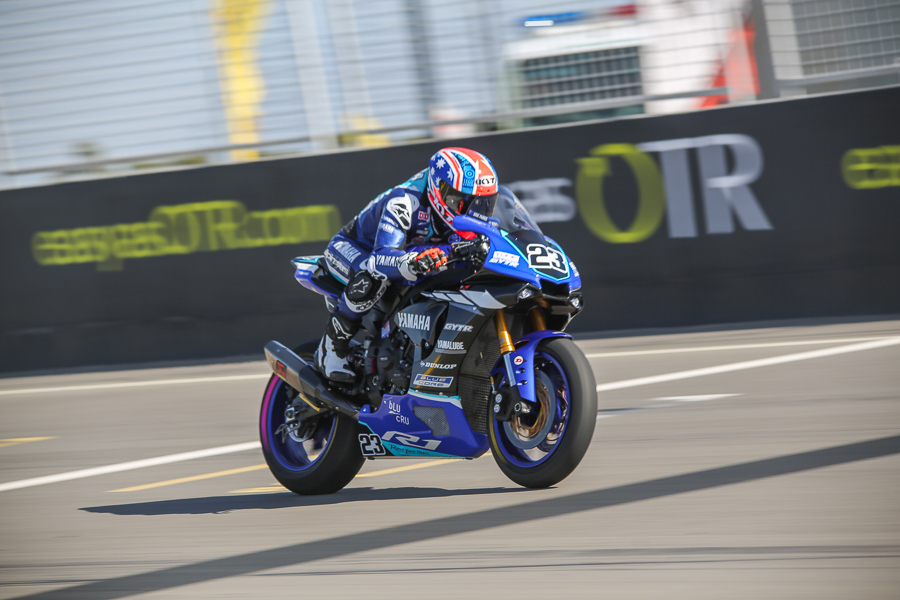 Yamaha Racing Team ASEAN’s Broc Parkes (Yamaha YZF-R1) has taken out a thrilling battle here in Race 2 for Round 2 of the Asia Road Racing Championship (ARRC) at The Bend Motorsport Park for International MotoFest (April 25-28), ahead of fellow Australian and Race 1 winner Bryan Staring (Kawasaki Thailand Racing Team, Kawasaki ZX10RR). After an action-packed start where Staring fired straight into the lead from second spot on the grid and Parkes dropped to fourth, the two Aussies found themselves in first and second places by half distance with Staring attempting a lights-to-flag victory.

A fantastic battle in the closing laps saw Parkes slide past Staring to take the lead, with Parkes’ Yamaha teammate Yuki Ito setting fastest laps in pursuit. Staring made a half-hearted move to try and make his way past Parkes, but didn’t commit and in so doing ruined his chances as Parkes took the win. 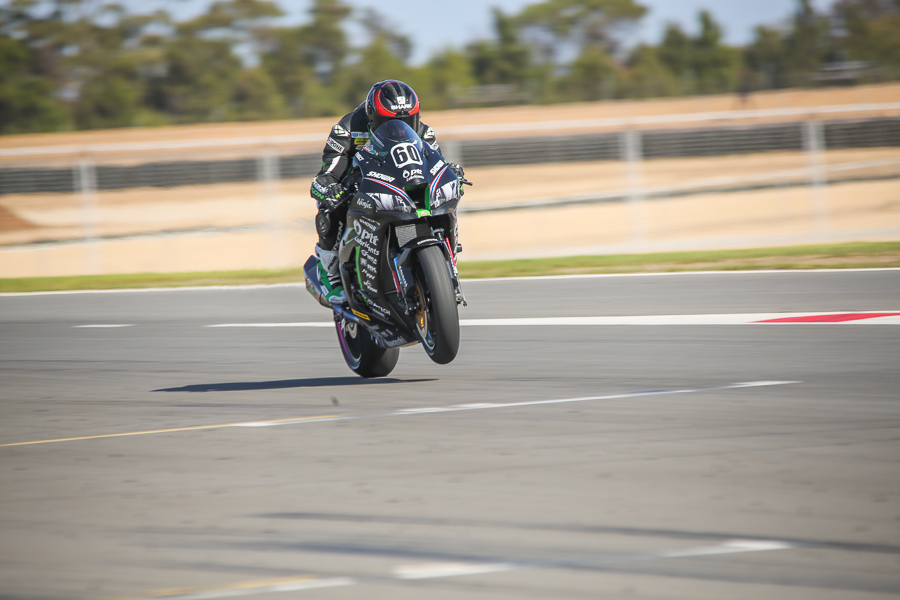 Australian wildcards Stephanie Redman (Addicted To Track, Yamaha YZF-R1) and Yannis Shaw (DB Racing Services, Kawasaki ZX10R) both finished in the points, with Shaw in 11th and an injured Redman with a gutsy finish in 12th. 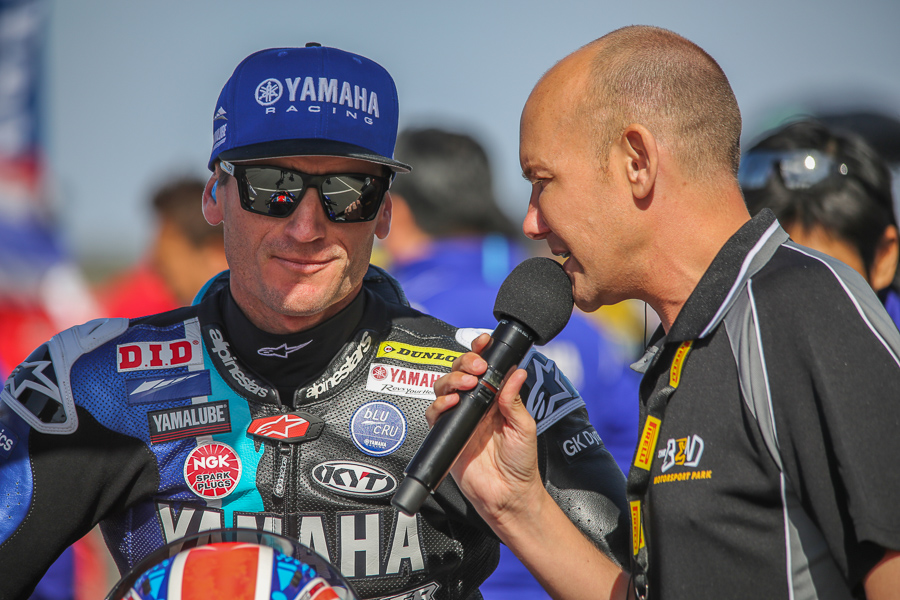 Broc Parkes
“After yesterday I was a little bit disappointed, even though it was second and good for the championship we had to go back and do our study a little bit.

“It was my first race here and I actually punished the tyre so badly in the start yesterday. So today I just decided to sit back and wait, and when the time came I pushed. When I got on the front I had a couple of moments. But in general I’m very happy, first win in the ARRC.” 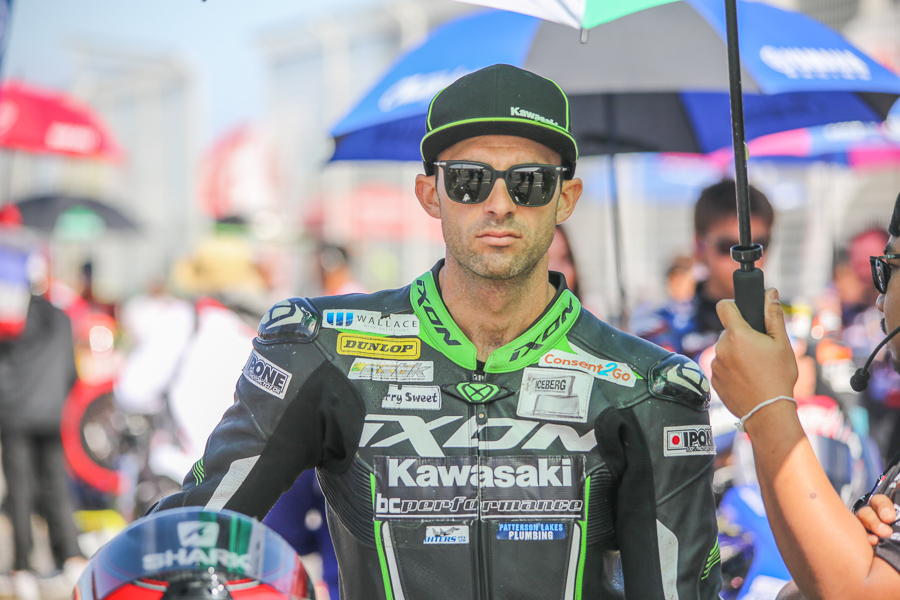 Bryan Staring
“It’s been a fantastic weekend! I can’t be too disappointed coming second to Broc. I’m just disappointed in the last lap where I only half committed to some moves that could have put me back in first.

“A big thanks to Broc for a great race and the Kawasaki Thailand Racing Team for having me this weekend. It’s been a really enjoyable weekend of racing!

“Overall the ARRC Championship seems strong. I would love to compete with them in Asia to see the ARRC competitors compete on home ground where they’re probably more comfortable. It would be an honour to compete for a whole season in that Championship, so maybe one day that happens. You never know!

Stephanie Redman
“We were pretty happy to make it onto the grid today after the injuries we had yesterday. I was really happy to be out there and I’m glad we avoided that accident. I put in some good laps at the start of the session when my shoulder was good, and for the remainder of the day I just tried to be consistent, not get lapped and finish.

“It’s been a great experience. I really recommend that anyone have a crack at it, you’ve got to be really well prepared but the help we’ve had in the paddock was more than we could have expected. We as a team have learnt a lot and come away from this weekend with a heap of experience.” 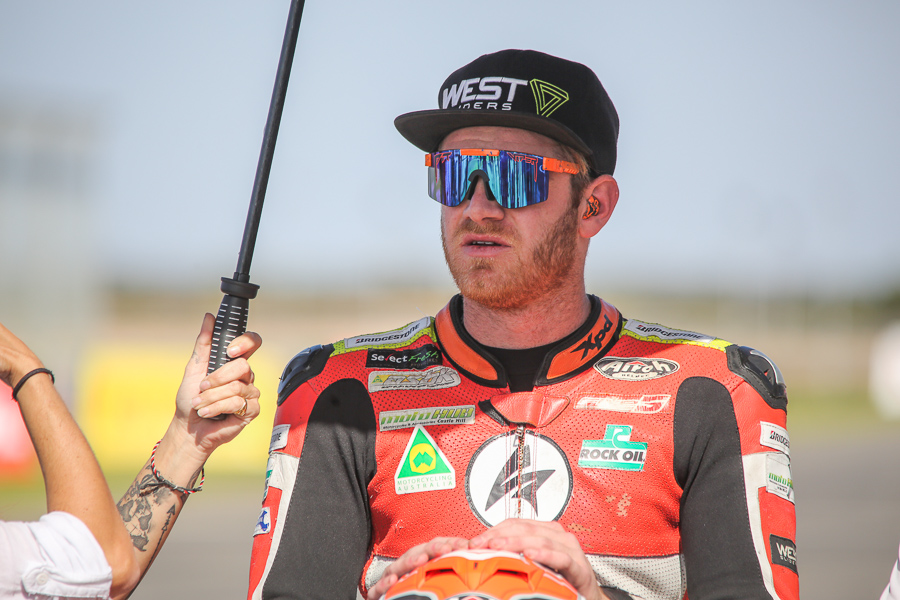 Yannis Shaw
“It was an awesome last race. Bit of shame because we got off to a good start but there was a racing incident which I was lucky enough to avoid! It would have been great to stay up the front with the pack but I leave this weekend really happy with my efforts.”