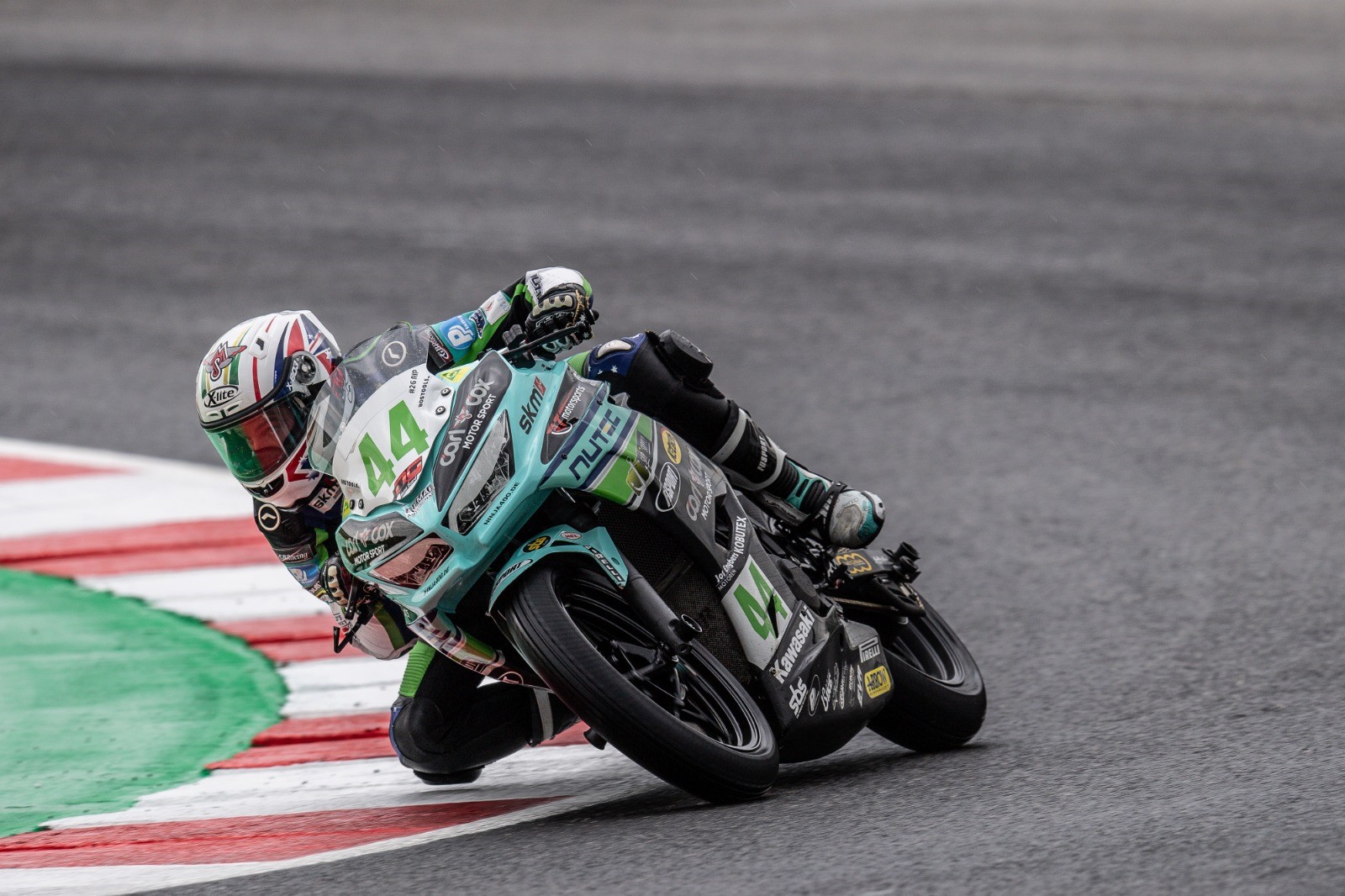 2018 Motul Pirelli Australian Superbike Championship (ASBK) Supersport 300 Champion, Tom Bramich, continues to chase his dream in Europe in the 2019 FIM World Supersport 300 Championship (WSSP300), supported by  Carl Cox-RT Motorsports by SKM-Kawasaki. Tom is in Misano, on Italy’s East coast, at the circuit that bears the name of fondly remembered MotoGP rider Marco Simoncelli. After a great result in qualifying, Tom was hoping to consolidate his promising pace into a good result, but a crash in the race leaves Tom bitterly disappointed and already looking forward to the next round:

Friday practice started off solidly, getting to grips with the circuit in Free Practice 1 (FP1) and making headway setting up the bike for the hot conditions in FP2. The surface in Misano seemed to get really slippery in the afternoons, with track temperatures soaring above 50°. Only 7 people improved their lap times in the afternoon in the difficult conditions.

We woke up Saturday morning to wet and patchy conditions for FP3. Even though there were some wet patches, we put the dry tyres on because the racing line was dry. I felt really good, ending the session in P3. It was so cool to be one of the fastest riders, and even as I was on track I knew we must have been there or thereabouts because every time I glanced at the big screens the cameras were following me and my sector times were lit up in red. That was a nice feeling, and it gave me confidence to push even more.

A sudden downpour just before qualifying soaked the track so we put the wet tyres in. I wasn’t sure how it would go, having never ridden the Kawasaki Ninja 400 in the wet before. It was so different to ride in a European summer in the wet, with really warm ambient temperatures and humid weather. It seems like whenever it rains in Australia it’s freezing cold so that was a cool experience. Instantly I felt good in the rain, setting off out of pitlane first and just building my own rhythm getting faster and faster each lap. For a lot of the session I was floating from first to third, but eventually ended up fourth in my qualifying group at the end of the session. We were still all stoked about that, after a difficult season of qualifying so far. Starting from eighth overall for the race on Sunday.

Lining up on the grid on Sunday I have never been so nervous starting so far up a World Championship race, but I was ready! After a good start, picking up two positions off the grid and then another position in Turn 2, I was in a good position for the opening lap. Unfortunately it all came to a sudden end after I crashed out of fifth position in the fifth corner. I had no warning or anything, it was a real shame. This is racing though, and it only makes me and the team hungrier for more at the next one, and to build off this weekend. We’re constantly taking steps forward which is the main thing, and we have to remind ourselves that this is the World Championship, it was never going to be easy.

Roll on the next round at Donington, let’s see what happens.