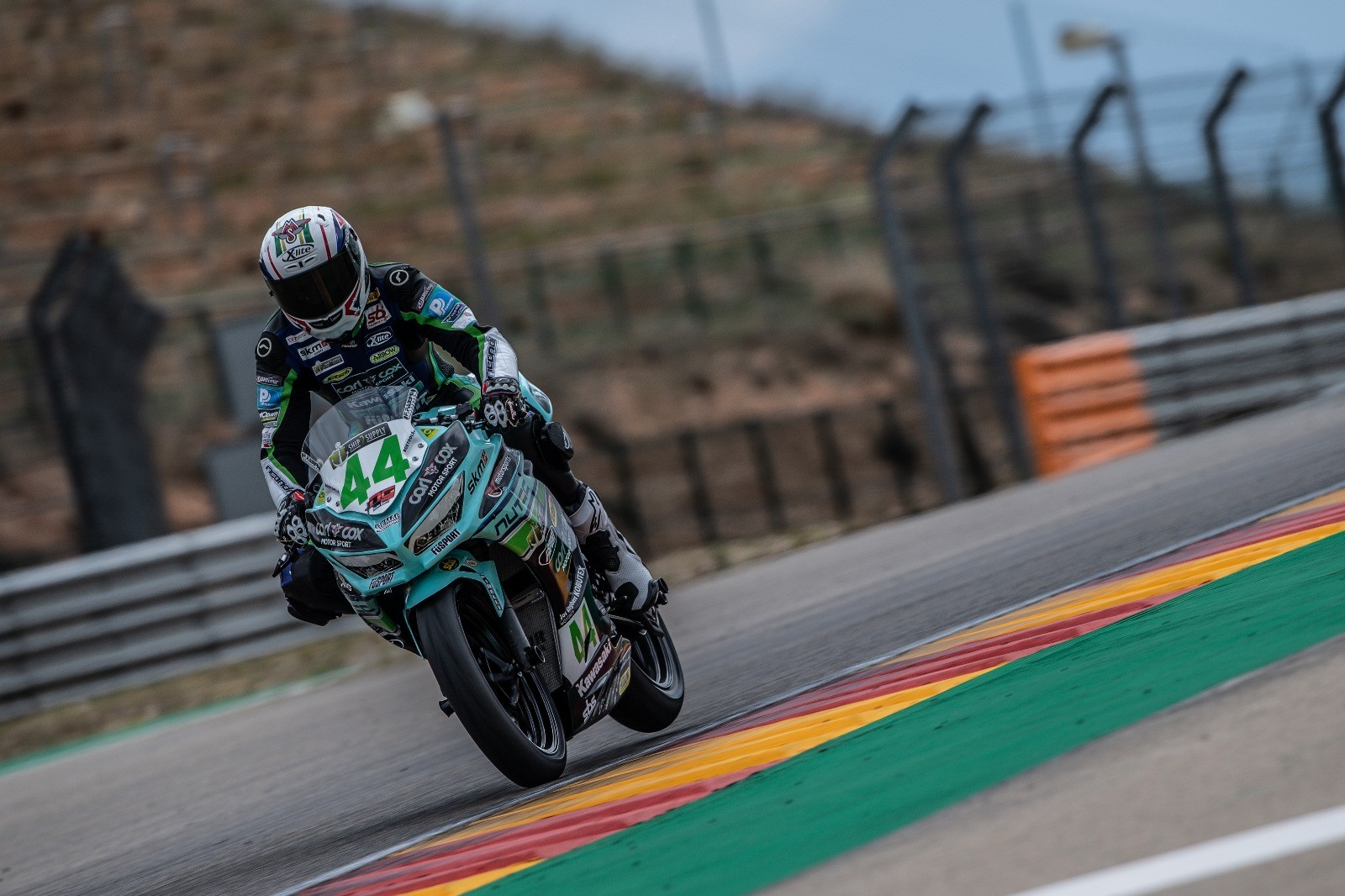 Reigning Motul Pirelli Australian Superbike Championship (ASBK) YMI Supersport 300 champion Tom Bramich is chasing his dreams in Europe this year as he begins his assault on the 2019 FIM World Supersport 300 Championship with Carl Cox-RT Motorsports by SKM-Kawasaki. Join Tom as he updates us on his weekend during Round 1 at Aragon.

The past month in the lead up to the first round of the FIM World Supersport 300 Championship (WSSP300) has been crazy, with an intense schedule of testing over 8 days at 4 different tracks. We’ve been to Misano in Italy, Aragon and Jerez in Spain, and Portimao in Portugal. All awesome, world-class tracks with unique challenges. But last Wednesday it was finally time to pack my bags and head to the airport and fly to Barcelona for the first round of WSSP300 in Aragon. The track is about two and a half hours away from Barcelona, and the scenery on the way to the track is amazing. It’s almost like a rocky desert with huge mountains.

Thursday was very busy with technical checks, setting up the pits, riders briefing, official photos of all the riders and bikes plus everything else that goes into an international race meeting. The paddock is bigger than I could have ever imagined. Even the smallest teams have a truck and semi-trailer! My team is no different, they’re very professional. They’re running four riders for the season, including me, and they have all the resources they need to get the bikes running perfectly and get us up the front of the field. I was really looking forward to Friday practice, as my times in testing with the team at Aragon were very competitive.

Unfortunately, Friday didn’t get off to a good start. We only completed three laps in the first session because of a technical issue, which was quickly resolved for FP2. Sadly the FP2 and FP3 sessions weren’t great either. I took too long to get in tune with the track and put too much pressure on myself, so as we headed into qualifying I reminded myself to relax and have clear thoughts about what I needed to do.

In qualifying I set my fastest time of the weekend, and even set a ‘red’ (fastest in the session) sector time early in one lap that meant I was looking good for a really quick time. But I hit traffic towards the end of that lap, and it cost me dearly. I’m learning constantly, and the lesson I learnt in qualifying was that if you’re on a good lap, make it happen no matter what. I finished 14th in Group B Superpole and missed out on qualifying in the top 30 by only 0.15 of a second. This meant I had just missed out on automatically qualifying for the main race on Sunday, meaning I had to finish in the top six of the last-chance qualifying race to get myself on the grid. That was actually a blessing in disguise.

I started third on the grid for the last chance qualifying race of 11 laps, and it was a great way for me to gain race experience before the main race. I took a little bit of a ‘bin it or win it’ attitude, as I was determined to qualify for the main race. I led the last-chance race early and felt strong, but learnt another crucial lesson into the first turn: that the World Championship is very cut throat! I thought I’d let one guy through at turn one so that I could get a crucial slipstream up the hill for turns two, three, four and five, so I braked marginally earlier. To my horror, instead of one bike coming through, about eight did! This experience was good, as it opened my eyes to what this racing is all about. I eventually finished fifth and made it through to the Sunday race.

The main race was disappointing for me, as I dropped off the back of the main group and battled with a small group of riders. Although I started the race well and could stay with the back end of the group, there was a crash in front of me and as soon as you lose the slipstream it’s almost impossible to close the gap. I can take lots of positives away from the weekend though, with some of my race sector times only marginally slower than the fastest, and other sector times as fast as the race winner. So I see the weekend as a huge learning curve, but I have gained so much experience and feel very positive overall.

We just arrived in The Netherlands, where the fourth round of the FIM World Superbike Championship, including the second round of the FIM World Supersport 300 Championship will take place at the TT Circuit Assen. Assen is potentially the most famous track in the World, so I really can’t wait to get out there on Friday and learn some new tarmac. It’s going to be another tough weekend, but I know what to expect this time and I can’t wait to get started.