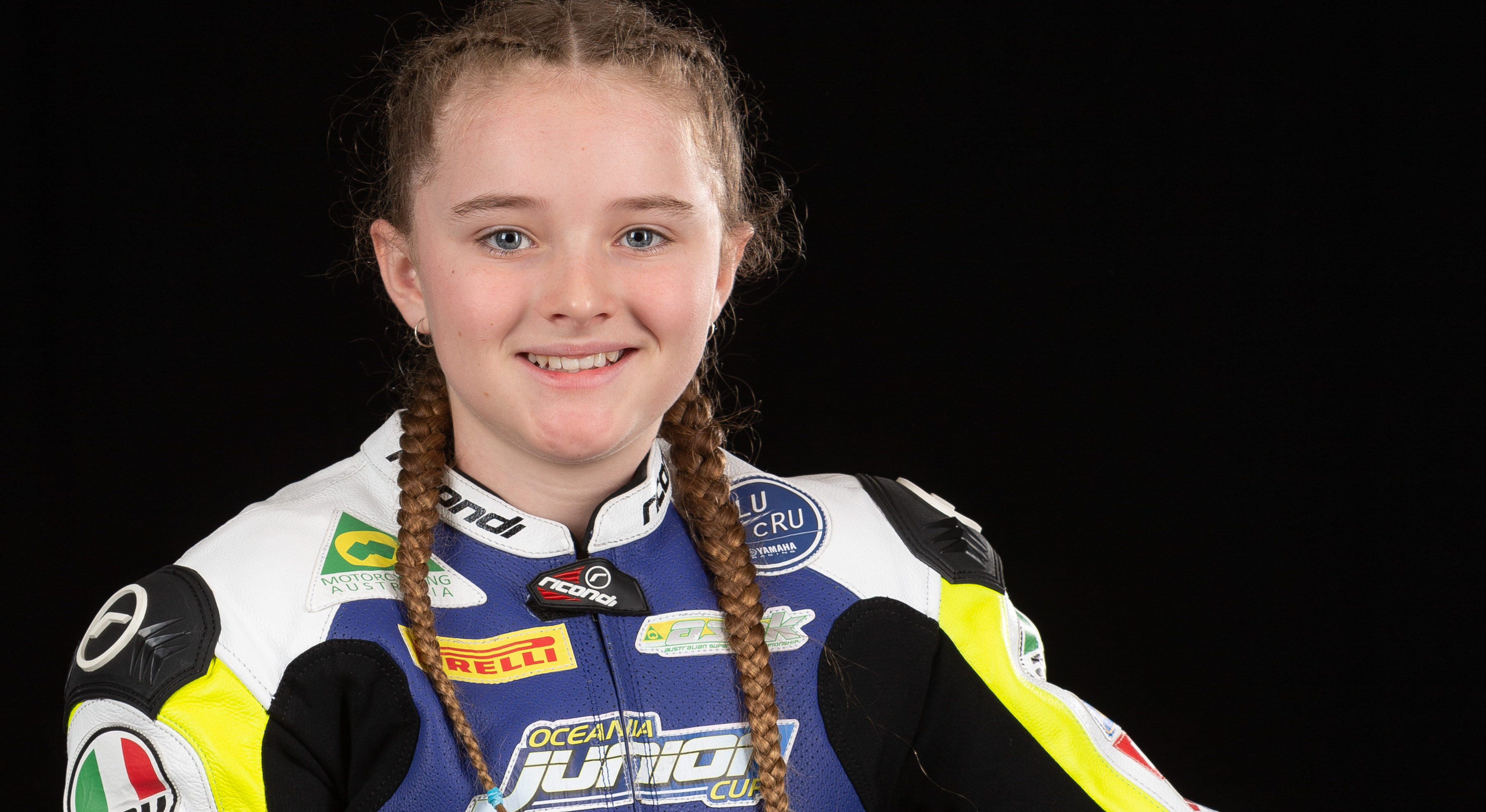 The impact of the bLU cRU Oceania Junior Cup is wide reaching, of that there is no question. Our inaugural class of 2019 has the money-can’t-buy opportunity to achieve a spot into the Asia Talent Cup and Red Bull MotoGP Rookies Cup selection events. One such example of this reach is Pyper Kent, who calls Perth, Western Australia (WA), home.

With 3,400 kilometres separating Perth from Melbourne, #44 has made a definitive move at the age of 11 to pursue a career in Road Racing, with an end goal of featuring in the MotoGP. The former competitive dancer is no stranger to the challenges of motorcycling, landing in the bLU cRU Oceania Junior Cup maiden season from a background in Motocross (MX) and Supermoto.

Describing herself as committed, passionate and determined, #44 has many standout women in her corner, including the likes of Tayla Relph and Grace Poutch, who are familiar faces in the Motul Pirelli Australian Superbike Championship (ASBK) paddock. This week’s bLU cRU Oceania Junior Cup profile, Kent continues to prove her strength and resilience out on the track as she works on building up her speed on the Yamaha YZF-R15.

Tell us about where your love for motorcycle racing began and why?
Before bikes, I was a competitive dancer from the age of two. When I was six, I decided that dancing wasn’t my thing, and thought it would be cool to try out motorbikes. A week later my dad bought me a quad and really, the rest is history!

I started off racing in MX on my quad and then progressed onto two wheels. I also competed in Speedway which was cool! Nowadays, I compete in MX and Supermoto, alongside the bLU cRU Oceania Junior Cup. 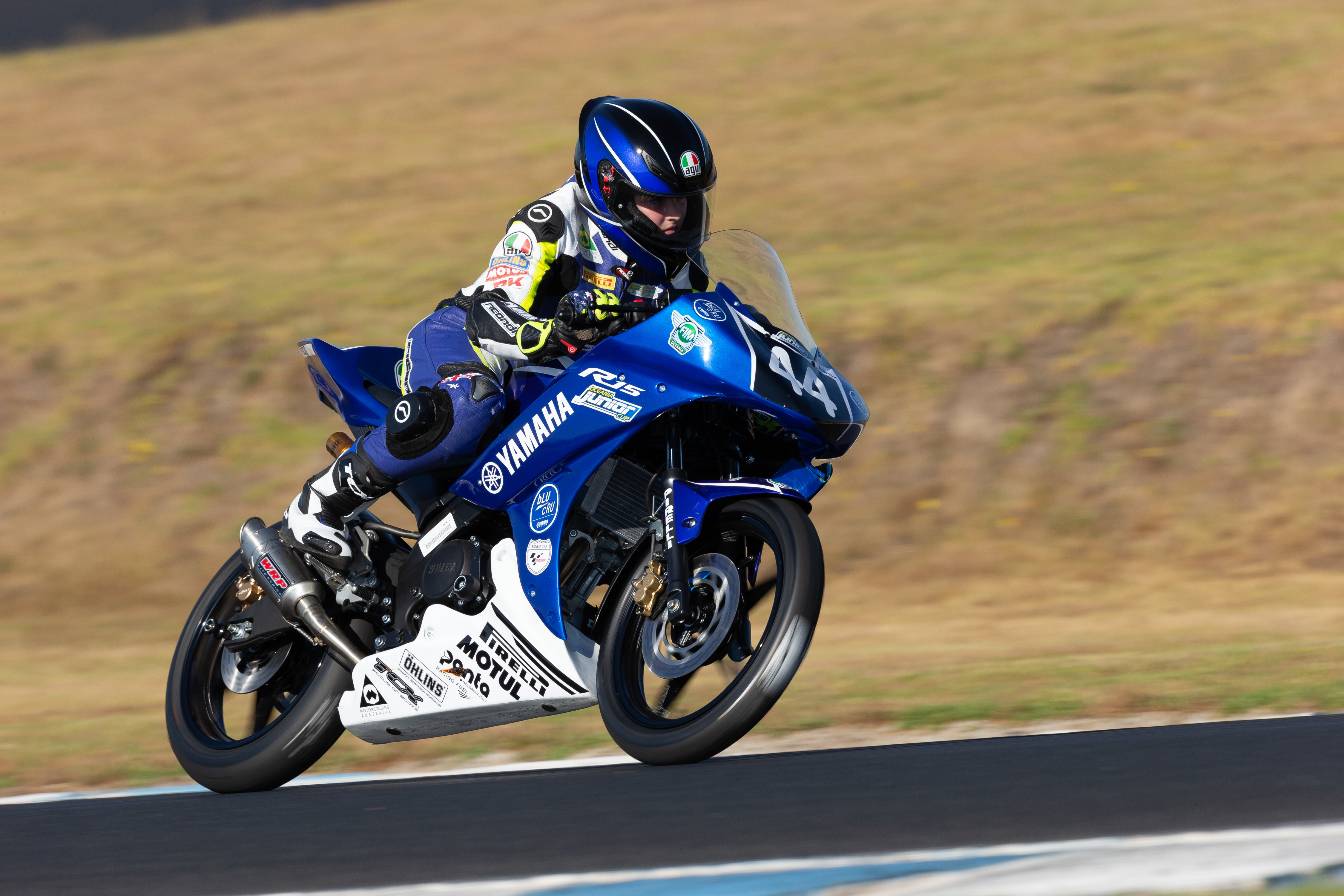 Tell us about the first time you hopped on a motorcycle.
The first time I hopped on a bike, I was totally surprised by the way they worked! Originally the huge sound bikes made scared me, but I gradually found my passion in the sport, thanks to mentors I’ve met within the industry.

Thinking back, tell us about one of your favourite memories growing up when it comes to motorcycling?
When I first started MX, there was this time when we were at the start line and this competitor hit my back wheel, I fell off and they accidentally rode over me. I was really sore but I got back up, hopped on my bike, and caught up with everyone else!

After the race I asked my mum to check my back, and there was a tyre print mark across my back. But I still competed for the next two days!

What career do you hope to end up in? For example, WSBK or MotoGP racer?
I definitely want to make my way into MotoGP. I think I’d like to follow that path into Red Bull MotoGP Rookies Cup and then into the MotoGP.

Tell us who your sporting idol is. How have they impacted you and your love for motorcycling?
I actually have a few idols to be honest. First is Krystal Biffen, who lives here in WA and has been a major part of my racing journey for a long time. Over East, there is Grace Poutch and Tayla Relph who are really special supporters. I’ve looked up to Grace and Tayla for a while and they have been awesome help on site at events!

Tayla actually sent me a hat and inspiring letter when I first got into the bLU cRU Oceania Junior Cup!

Grace has also helped coach me, putting GoPro’s on me when I ride so we can review how I ride and where I need to improve.

I think a difficult aspect that I’ve been learning more on and becoming more confident around is the pure speed when you hop on a Road Race bike. It’s definitely different to disciplines such as MX, where you’re really fast at the start line but the grip from the track reduces your speed.

I’m also learning how to properly explain to mechanics what I need done to my bike, thanks to people at Ohlins and Pirelli.

Tell us about your bike, helmet, leathers, gloves and boots. How are you adjusting to the new bike? How do you find the products that have been chosen specially for you?
I am absolutely loving the Yamaha! It feels super powerful, and I love racing on it! The fact that we’re all racing on the same bike, so aspects like speed aren’t necessarily the most important skills needed in order to win, is something I also really enjoy. I love that equal playing field.

The products we’ve received from our sponsors couldn’t be any better! The comfort and quality of our Ricondi leathers are amazing, and they also look so cool! I also feel super safe in my leathers, which was proven when I came off the bike earlier this year and I wasn’t hurt at all!

My helmet, gloves and boots are all so comfortable as well! You get so much support in your boots, and the helmets look super cool! 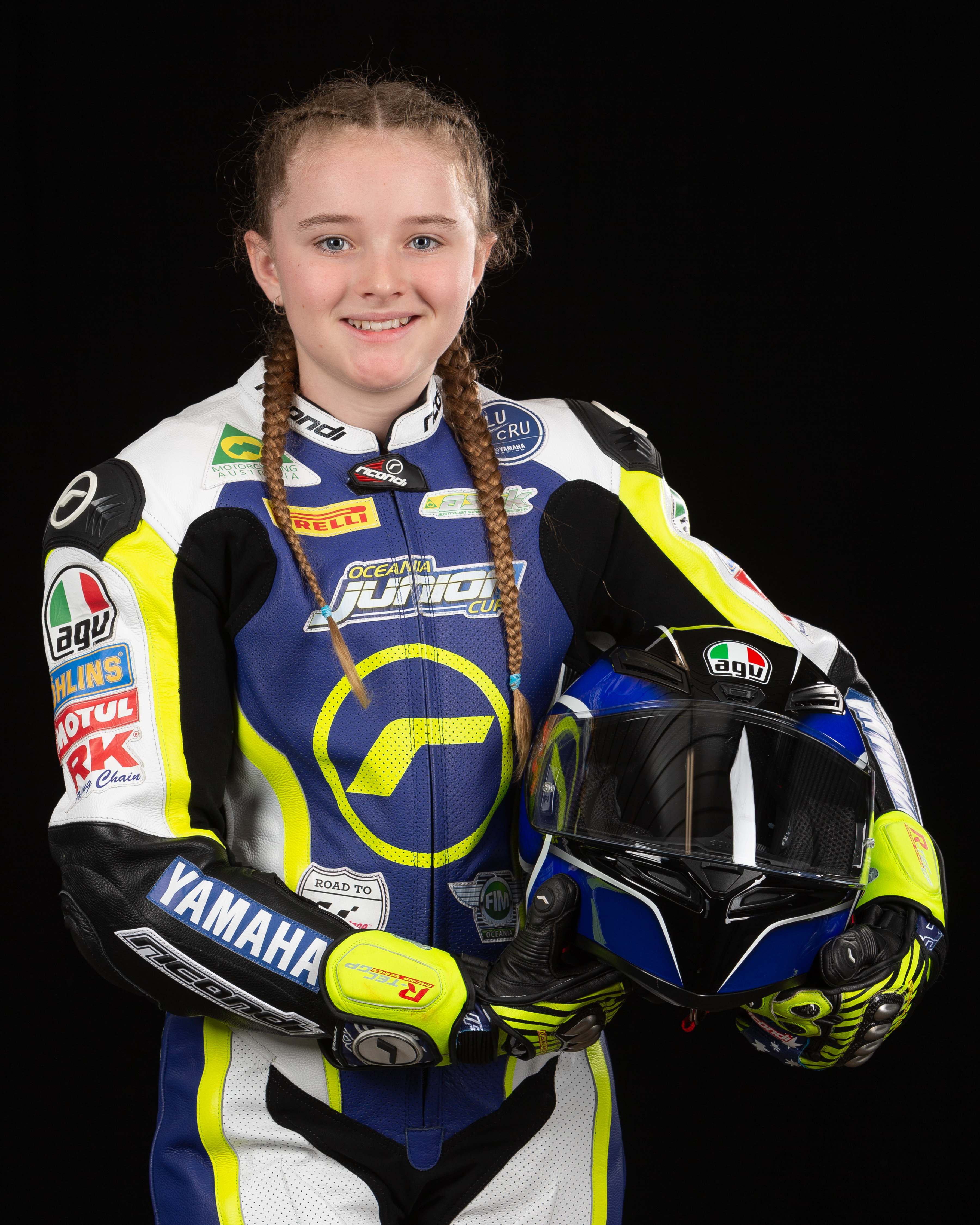