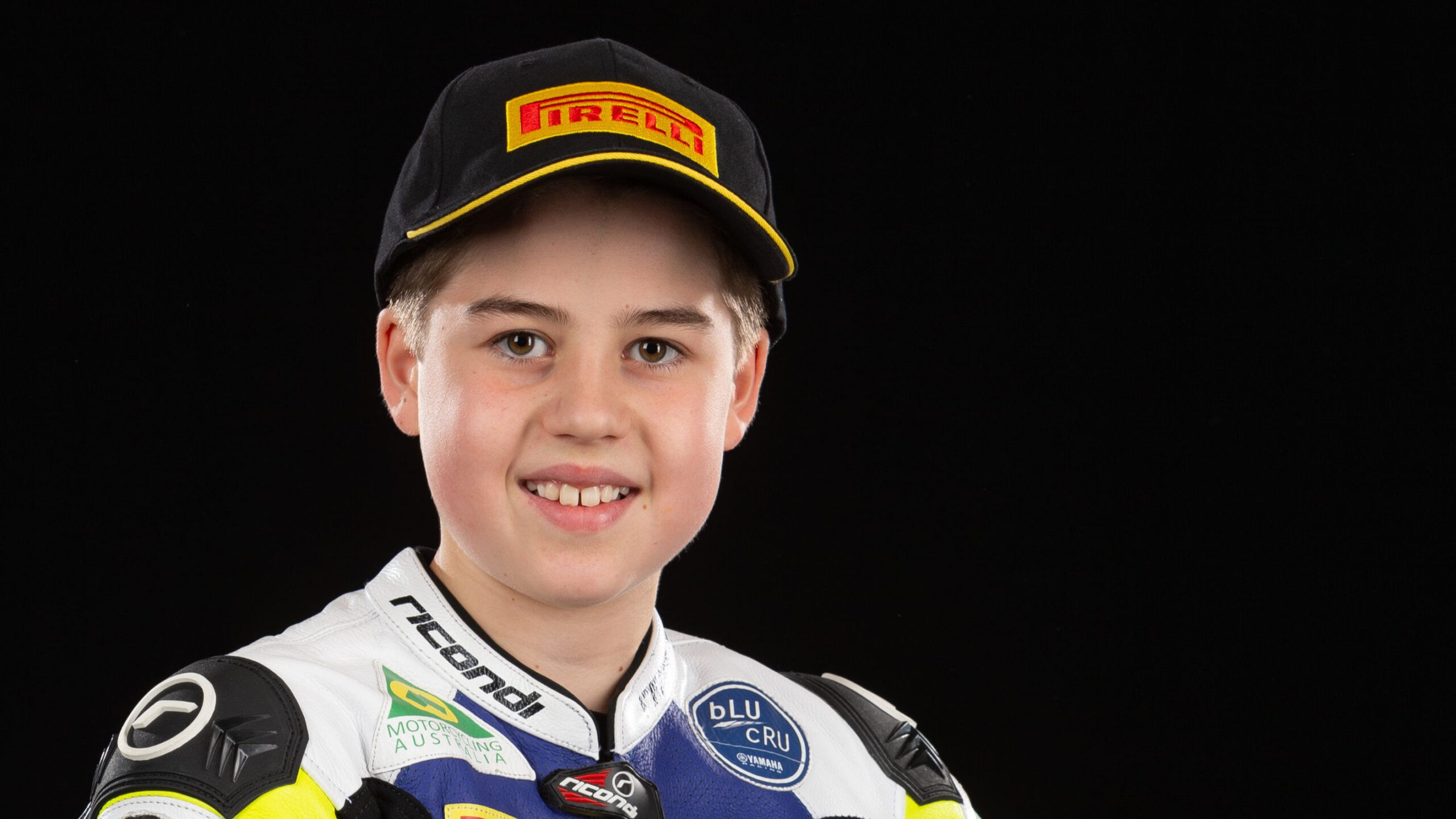 We sat down with the twelve year old and this is what he had to say.

Tell us about where your love for motorcycle racing began and why?

It actually began in 2014, when my Mum and Dad took my brother and I to the Australian Motorcycle Grand Prix at the Phillip Island Grand Prix Circuit. As I watched the bikes go past, I just remembered thinking – wow, I really want to do this one day.
I think the MotoGP is simply unreal. I just hope I can get there one day as a rider myself.  It just looks amazing

Tell us about the first time you hopped on a motorcycle.

It was when I was around six years old, my Father brought my brother, Levi, and I home a Yamaha PW50. We rode that bike around the backyard a few times. However, I didn’t really ride a bike properly until I was about ten years old when my Dad took me to MotoStars. I remember it was raining and I was so nervous. Damian Cudlin had to hold my bike as I was shaking so much.

Thinking back, tell us about one of your favourite memories growing up when it comes to motorcycling?

This one was actually recently at Broadford State Motorcycle Sports Complex at the second round of the Oceania Junior Cup. I managed to finish first overall in the Australian Junior Road Racing Championship (AJRC), which I’m really proud about. 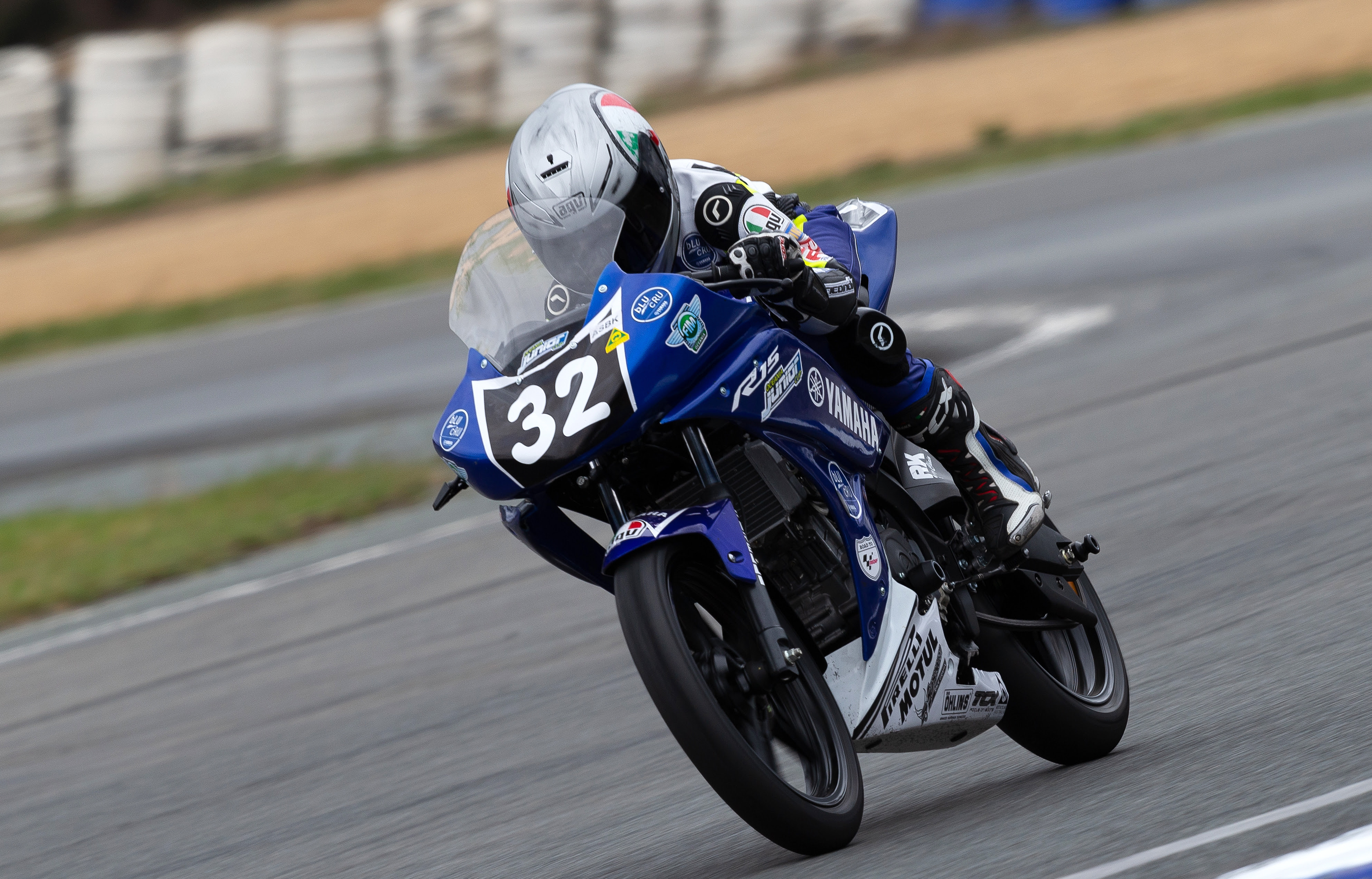 What career do you hope to end up in? For example, WSBK or MotoGP racer?

My dream is to race in MotoGP. However, I would be excited to take whatever opportunity there is to race at a professional level.

Tell us who your sporting idol is. How have they impacted you and your love for motorcycling?

Its Valentino Rossi because he’s so passionate about the sport. When you see him on TV, he’s always so happy and even if he does have a bad weekend, he’s still so happy. I was also lucky enough to have meet Valentino when we first went to the Australian round of the MotoGP. We also meet him last year as well which was so exciting.
I also look up to the Moto 2 and Moto 3 riders. My brother and I fight over which riders we will be in Moto 2 and 3 when we play them on Play Station.

What have you learnt from the bLU cRU Oceania Junior Cup?

I’ve learnt although it’s a competition, you must always have respect for your fellow competitors both on and off the track. I’ve learnt about racing, sponsorship and being professional. On top of that making sure you take the time out to meet the race volunteers and enjoy being in the series.

Tell us about your bike, helmet, leathers, gloves and boots. How are you adjusting to the new bike? How do you find the products that have been chosen specially for you?

Well, I love riding my Yamaha YZR-R15. The bike is simply unreal to ride and very easy to come to grips with.

The AGV helmet and TCX boots fit perfectly and I can’t fault them, at all. My Ricondi leathers, I can’t talk highly enough about them. In fact, I tested them out at Broadford, when I crashed at Crash Corner. They withheld the crash very well and I just felt so safe in them. Obviously, these things are not planned, in terms of crashing, they do happen so to have a great set of leathers really helps.

I really appreciate all the help and support the sponsors have done to get this championship alive and running so well. It’s a huge credit to them. 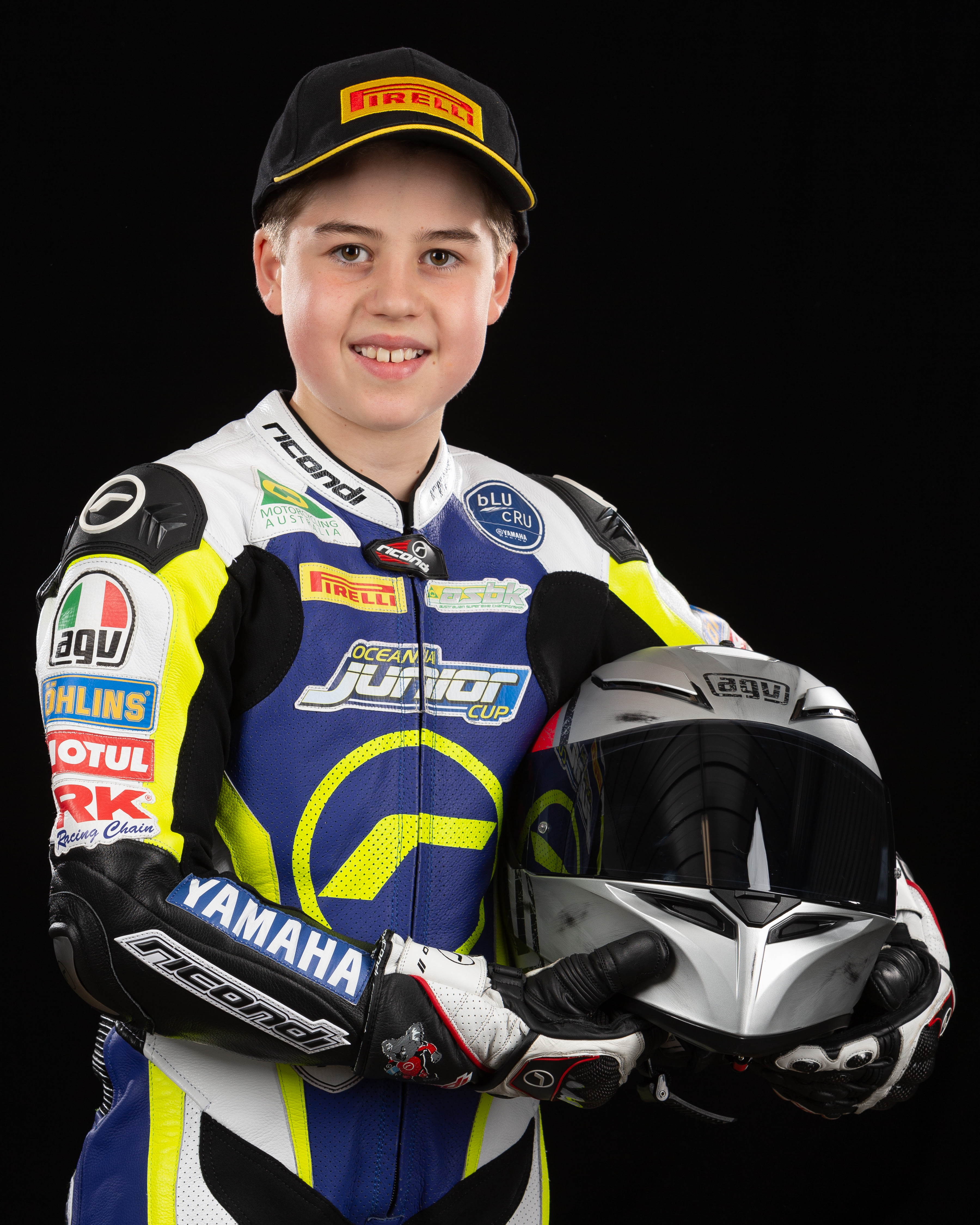