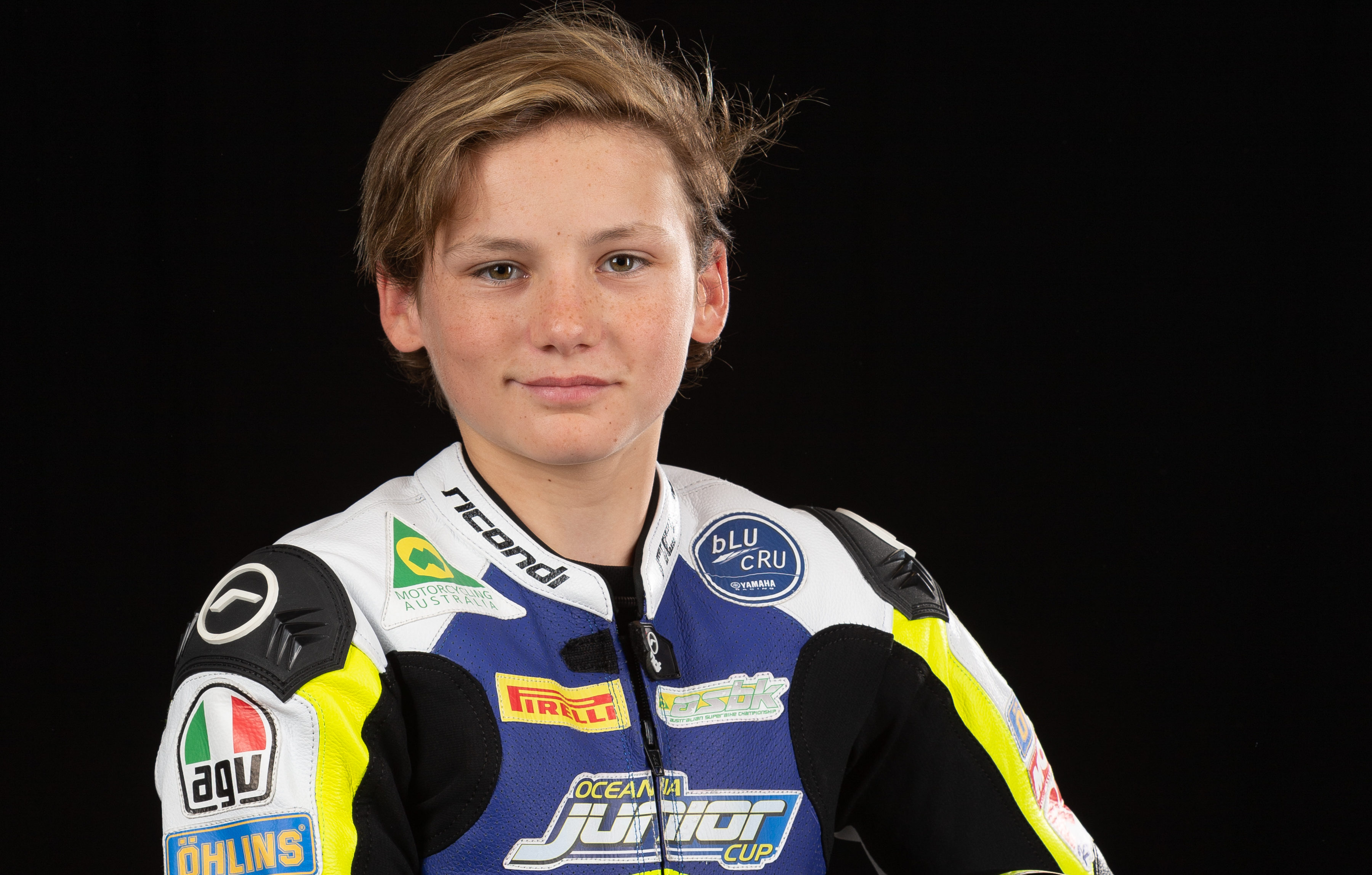 2019 has been a major turning point in Junior Road Racing for Australia, with the introduction of the bLU cRU Oceania Junior Cup and its 26 inaugural members. Aged between 11 and 16 years, the class of 2019 are emerging stars from all over the nation, from a huge variety of racing disciplines. In the remaining rounds of the first season, we will introduce you to each competitor in the class of 2019, before everything comes to a head at Sydney Motorsport Park, New South Wales (NSW) for the sixth and final round.

Describing himself in three words as a ‘cheeky speed freak’, quick witted McDonald is marking his first year in Road Race in 2019. 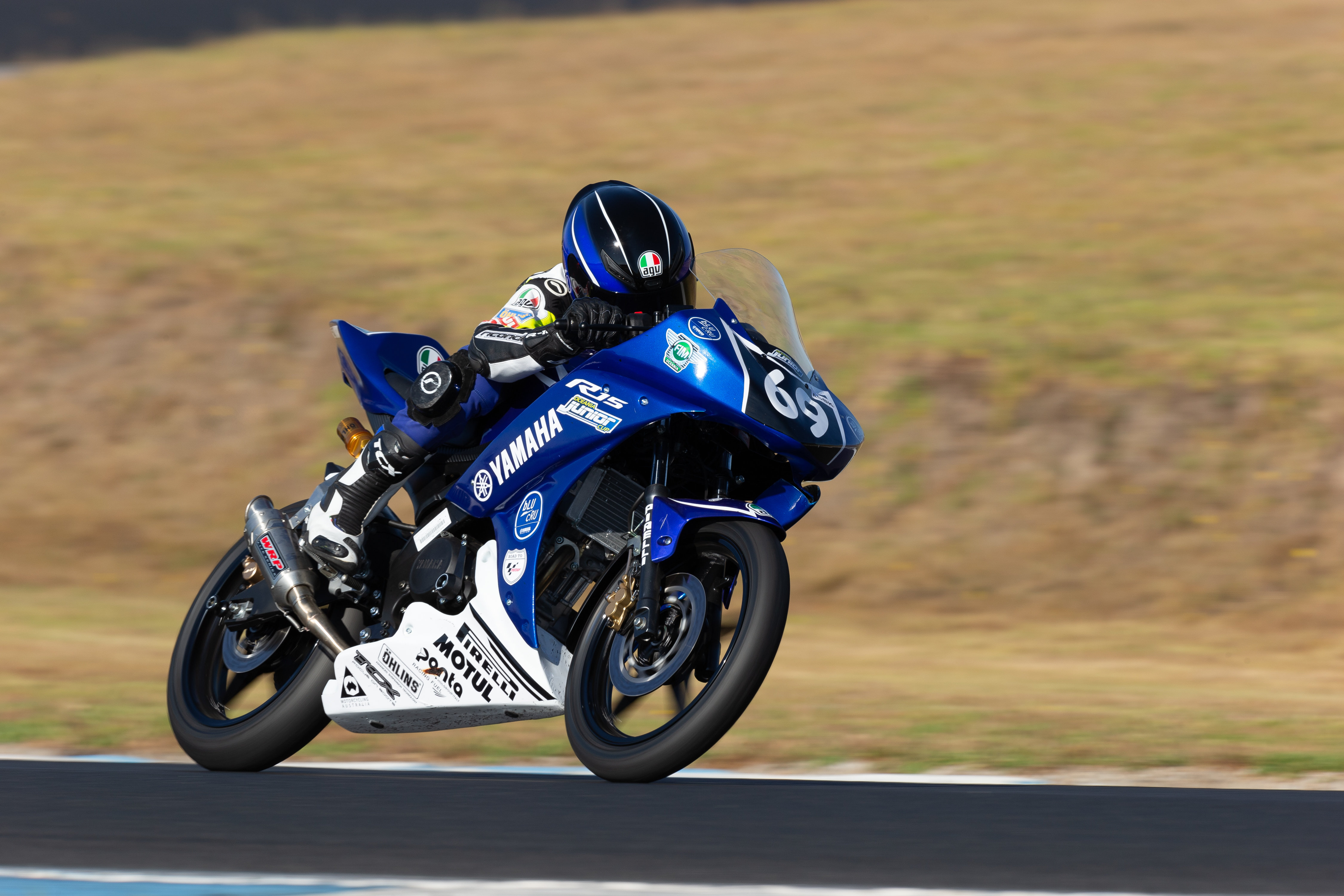 Tell us about where your love for motorcycle racing began and why?
It started way back when I was three and dad chucked some training wheels on the little PeeWee 50 and I flew around the backyard. I loved it so much that dad then started taking me to the local track and I just grew to love racing more and more.

I started racing in Dirt Track with my brother and the rest is history!

I just love racing and having fun, but of course if I’m not winning I’m not having fun. I just love the high speeds on the straight and then heading into turns with the pack of riders around you!

I can remember the first time I was on a track and flying around the track, overtaking riders. I also remember being desperate to get to a point where I could take off the training wheels!

Thinking back, tell us about one of your favourite memories growing up when it comes to motorcycling?
Honestly, all my memories are great! One that stands out is winning my first State titles, which was the NSW Junior Dirt Track State title on the 85cc small wheel. That was a super memorable memory for me!

What career do you hope to end up in? For example, WSBK or MotoGP racer?
MotoGP would be the best! I hope that one day I could make it there and get in amongst all the other legends! I really want to make it to Europe and grow my position in road race from there. 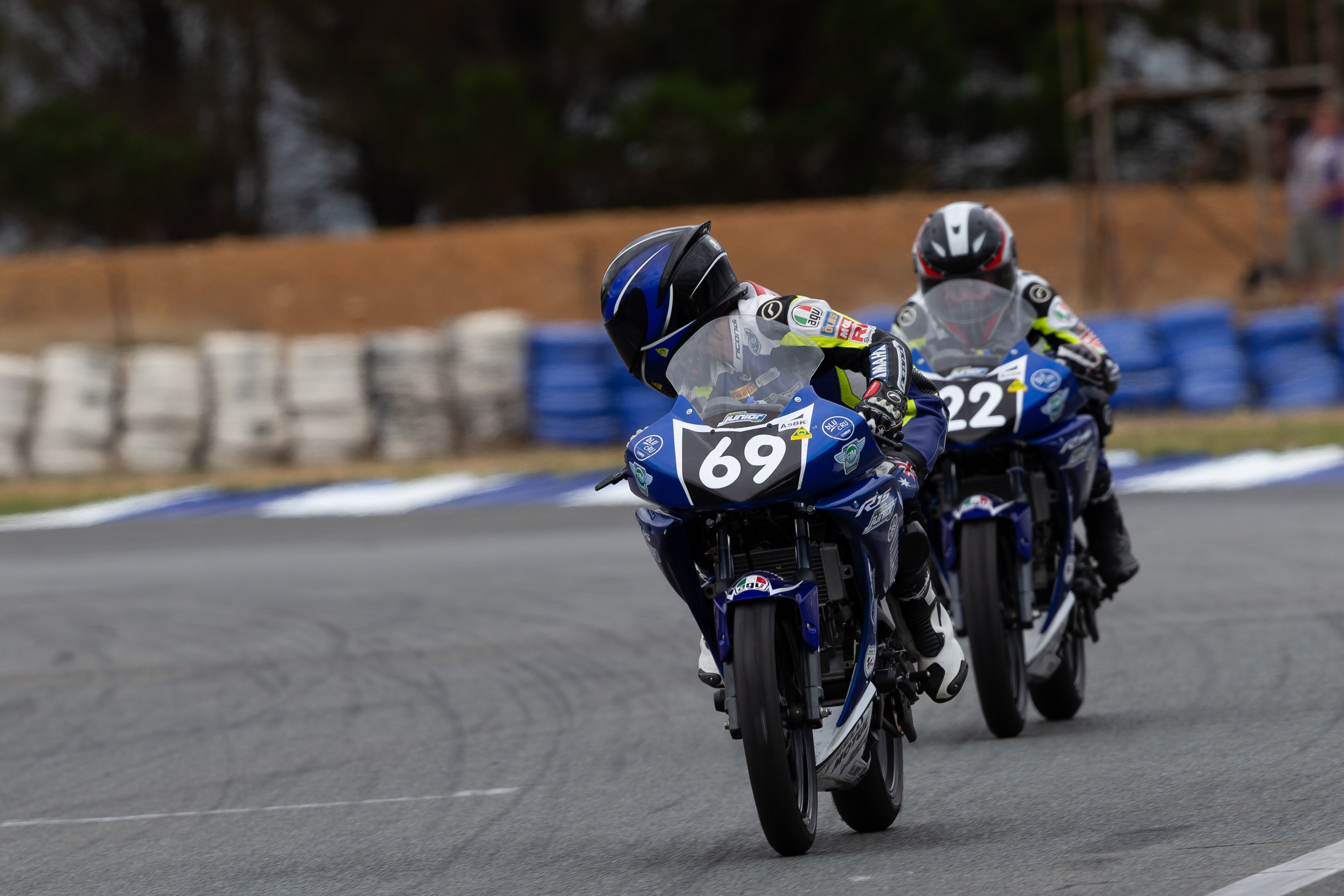 Tell us who your sporting idol is. How have they impacted you and your love for motorcycling?
Andrea Dovizioso! He gets better and better as he goes on and is hands down one of my favourites. His riding has influenced my racing style, plus they way he behaves both on and off the bike has been a really strong influence on me.

What have you learnt from the bLU cRU Oceania Junior Cup?
I’ve learnt tons! You learn more than you’d expect, like tyres, heaters, all your gear and the different styles of racing. I love it! Damian Cudlin has helped me on developing everything road racing and it’s been the best experience!

Tell us about your bike, helmet, leathers, gloves and boots. How are you adjusting to the new bike? How do you find the products that have been chosen specially for you?
The Ricondi leathers have been a real treat! It originally took me a little while to put on my leathers simply because I’ve never worn this kind of outfit before, but I’m super comfortable in it now. The boots and gloves are fantastic too! They are the perfect fit and really help protect you when you’re out on the track.

The bike has been great! It’s been a big transition from Dirt Track, but I love that everyone in the Oceania Junior Cup rides the same thing so it’s an even playing field. 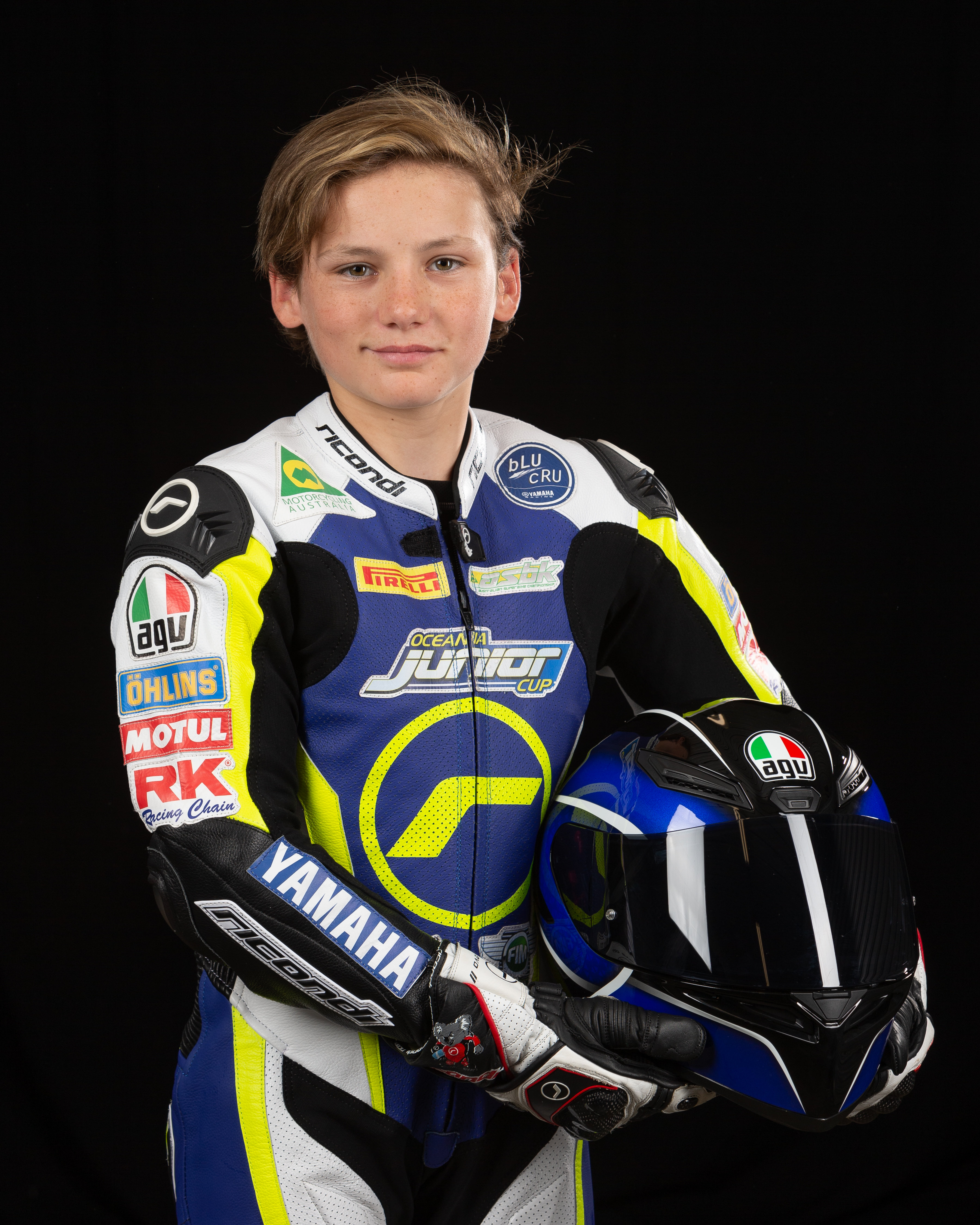