You are here: Home / News / Bacon Smokes The Competition On A4DE Day 2
Back 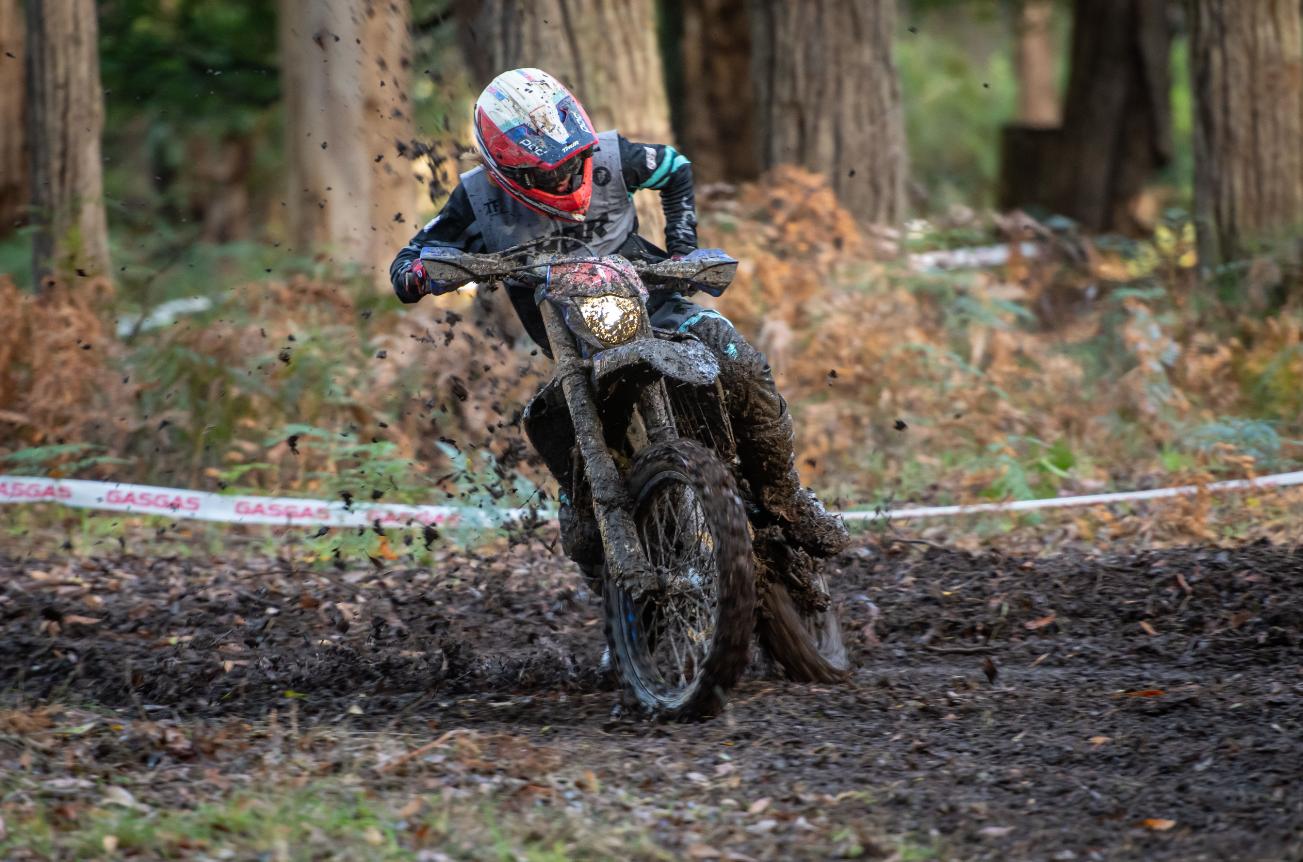 The only thing that held off today was the rain, as a jampacked field tackled 187 kilometres for Day 2 of the 2022 Prestige Iveco Australian Four Day Enduro (A4DE). Notching up over seven hours on the bike, more than 230 riders navigated muddy, slippery conditions across the Force, Turnbull Hire, Husqvarna and Gas Gas tests.

After yesterday’s heavy rainfall, the A4DE field worked to stay upright, warm and consistent. This was easier said than done, with low temperatures and greasy tracks causing plenty of bingles. The excitement came in the form of Husqvarna’s Andrew Wilksch, who claimed a win in E3. Wilksch fell short though of claiming the fastest time for the day, which was awarded to Kyron Bacon (Shop Yamaha Offroad Racing Team). Bacon absolutely smoked the competition today, creating nearly a two minute lead for Day 2.

E1
Humble by nature, contrastingly fearless in action, Bacon was clearly unstoppable in E1. With a total time of 1:02:15.927, Bacon cooked any chance of his rivals putting him under pressure. Even as he navigated the fondly coined ‘Hotel Slide’ section of the Husqvarna test track, the Yamaha boarded speed demon finished seven gruelling hours, unruffled.

Behind Bacon in second place for Day 2 was Gas Gas’s Korey McMahon, who took his learnings from yesterday, improved and came away with a strong result. With a total time of 1:03:57.355, McMahon continues to prove time and time again, why he’s such a contender in the Enduro space. 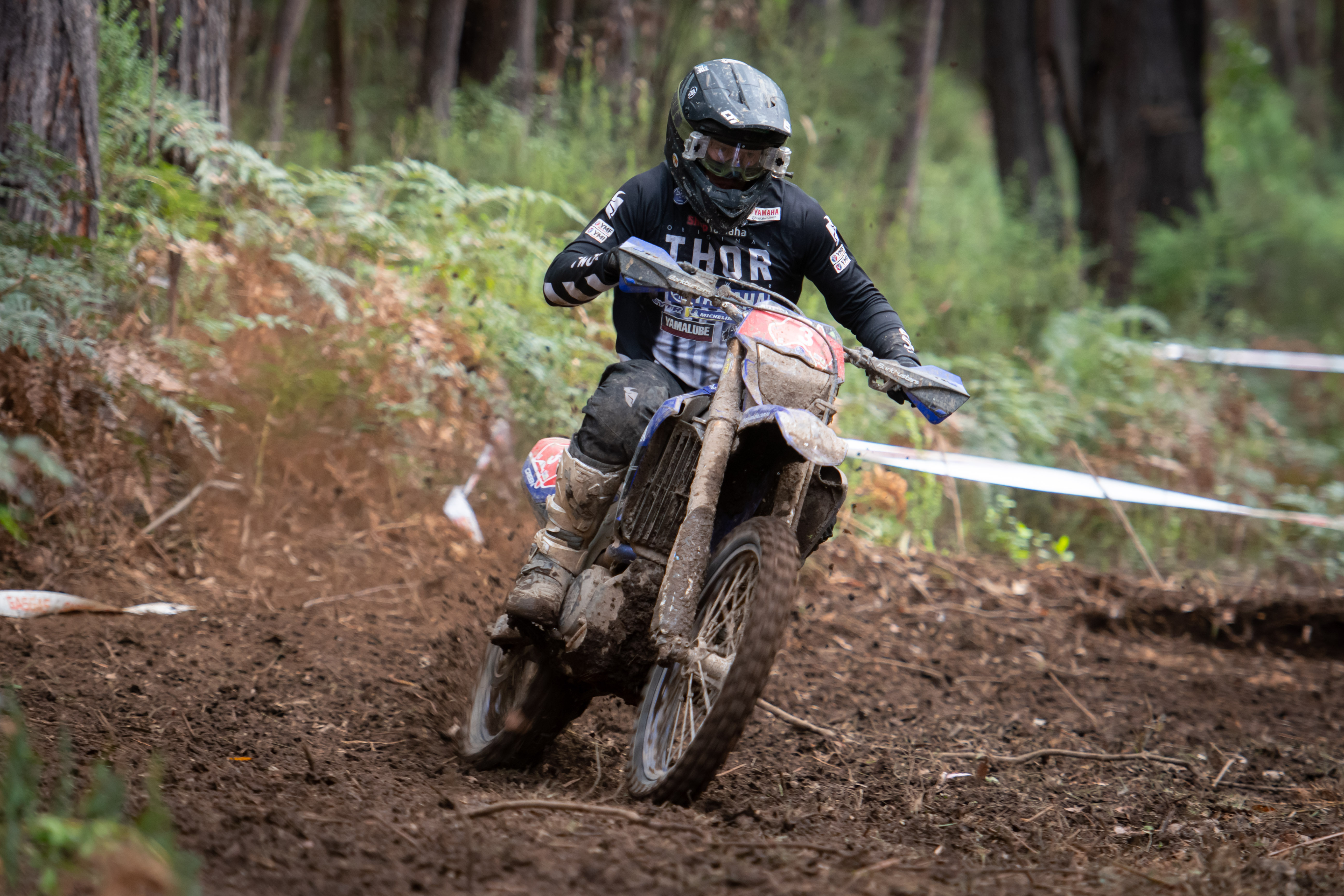 E2
It was Groundhog Day in E2 for Day 2, with the same three frontrunners claiming first, second and third. Green set a cracking pace all day, comfortably claiming gold with a lead of over one minute. Although the conditions were tough – if not tougher than yesterday – Green remained on-brand with his cool, calm and collected attitude. 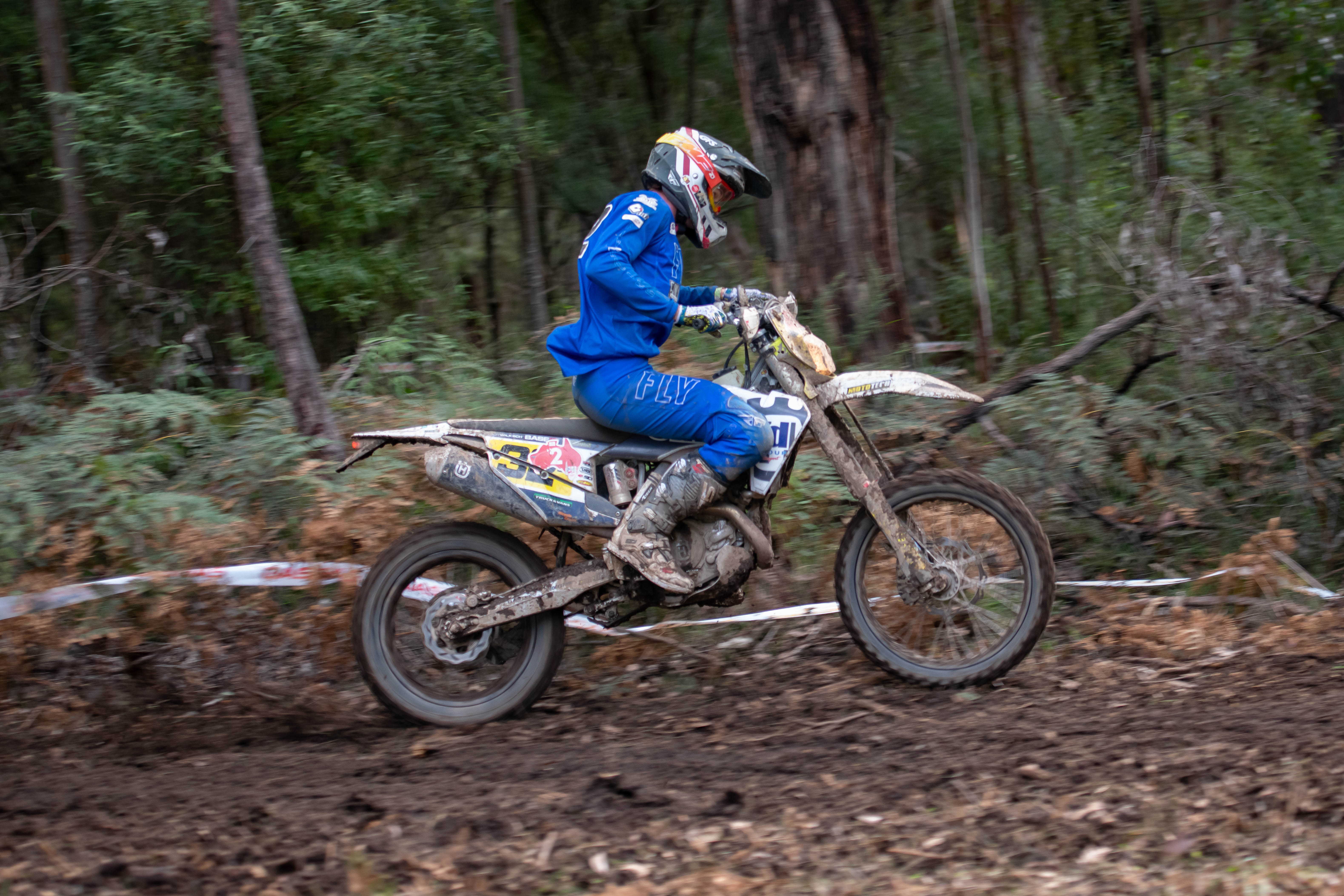 E3
After yesterday’s penalty for Wilksch, Enduro fans were keeping a keen eye on results to see how the Husqvarna rider clapped back to improve his standings. We were not disappointed. Wilksch clocked in an impressive time of 1:02:37.104, marking a near one minute lead for the day ahead of his E3 competition. 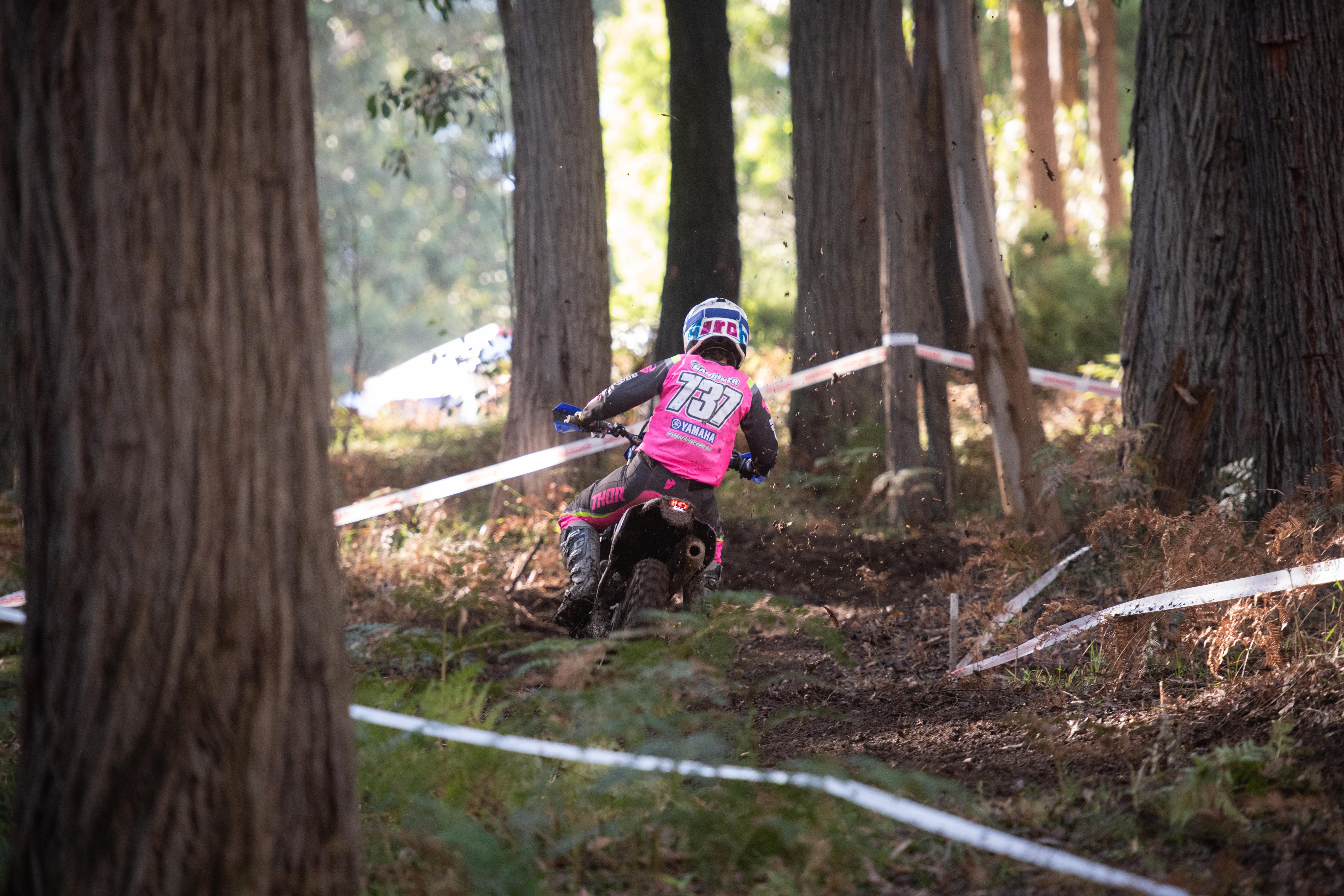 Women
Over in the Women’s class, Gardiner claimed a consecutive win. This is set to make for an exciting final two days of the A4DE, as the Yamaha boarded racer seeks to increase her current lead time. Emelie Karlsson was hot on Gardiner’s heels, with strong times through the day. Finishing Day 2 with a total time of 1:13:34.340, Karlsson finished ahead of Ebony Nielsen.

Nielsen pushed Monique Simioni off the podium today, finishing seven hours on her bike with a total time of 1:18:05.026. 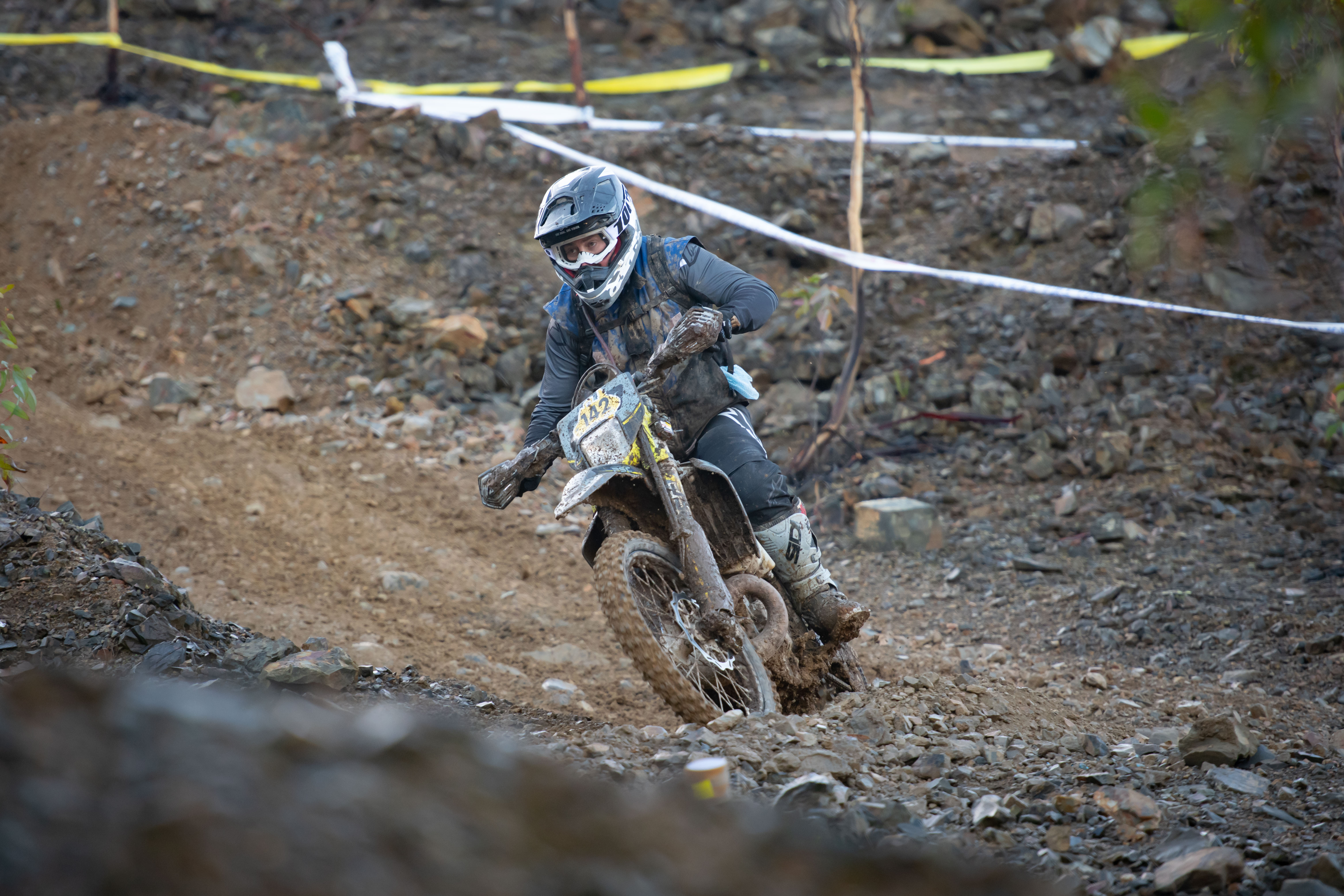 Veteran
Lloyd has continued a great streak here in Erica, with the Day 2 Veteran class win. With a total time of 1:09:20.052, Lloyd finished ahead of Jason Dwyer, with a lead time of over one minute. 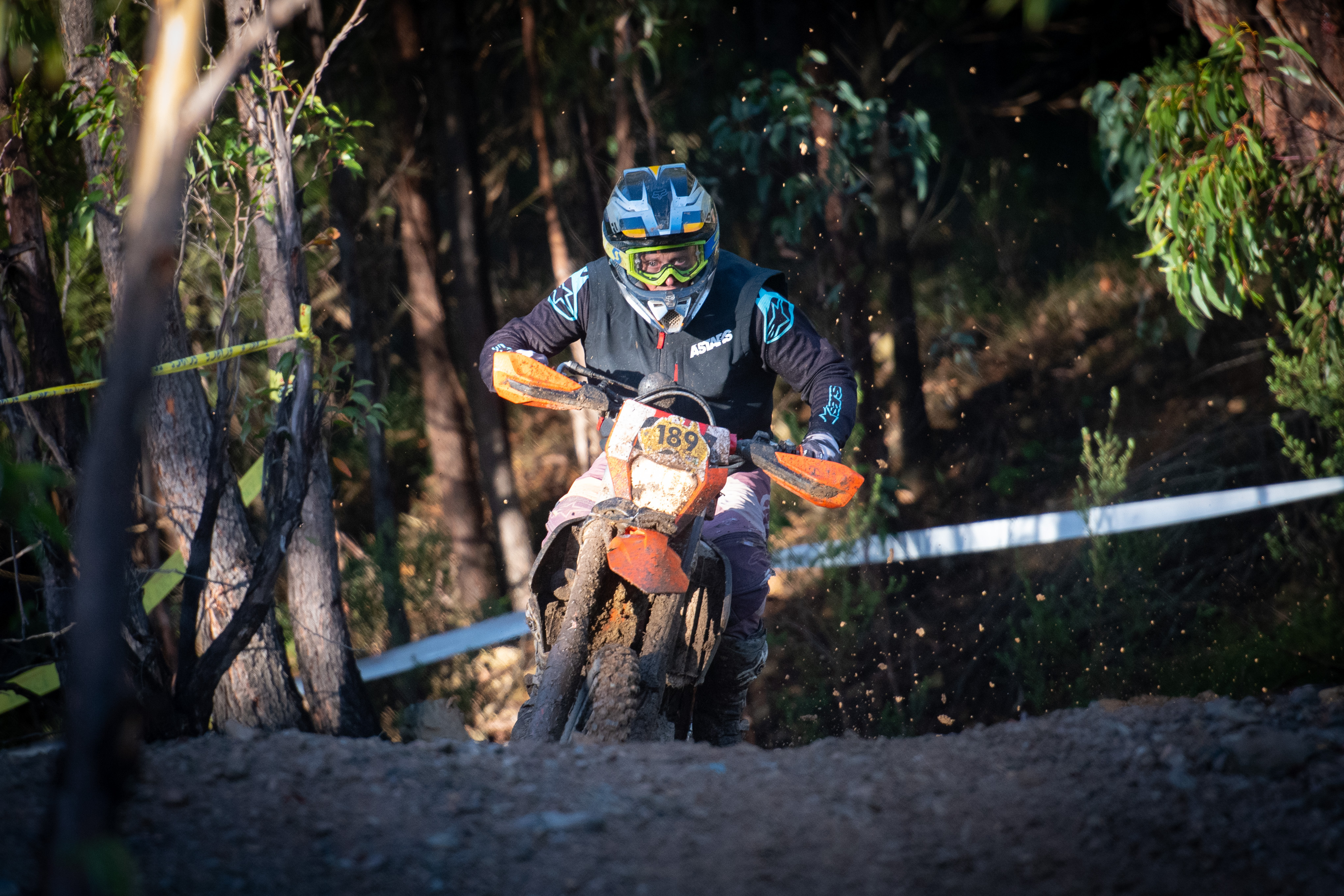 Masters
Erica is treating Salopayers very nicely at the A4DE, with another Masters win. With a total time of 1:12:36.713, Salopayers finished ahead of Jason Haas, by over one minute.

Our A4DE riders will return tomorrow, bright and early, for Day 3 of racing. Stay updated on news, updates and results by visiting the A4DE website, Facebook and Instagram.