You are here: Home / News / Australian Women In Motorcycling (AWIM) Academy day at Wakefield Park Raceway a huge success
Back

After the ASBK circus left town, the Australian Women In Motorcycling (AWIM) crew and guests took over the picturesque Wakefield Park Raceway for a day of networking, learning, riding and fun.

The 30-odd riders attending on the day were assisted and coached by Brown and Poutch who were ably assisted by world champions Steve Martin and Peter Goddard as well as Stay Upright coaches John Perrin and Simon McAdie. 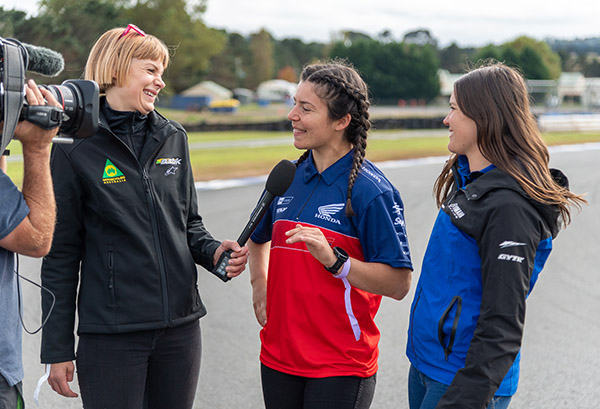 Motorcycling Australia media identity and motorcycling rider, commentator and adventurer Kate Peck was also in attendance and took part in the track activities while also offering her thoughts on women in motorsport and motorcycling media.

On the day, many aspects of modern road racing were covered including “How to get started in road racing”, working on your personal branding and sponsorship as well as media and social media training. While there was a serious side to the day, the primary purpose was to offer a fun and relaxed environment that- based on the photos and videos from the day – was certainly achieved.

For Peter Doyle, CEO of Motorcycling Australia (MA) as well as FIM Oceania representative, the success of the day was a testament to the hard work of those involved: “I want to give thanks to the AWIM and the Women’s Committee for their hard work and dedication to getting this event not only to happen, but for making it the success it clearly was. I’d also like to thank Wakefield Park, Stay Upright and Motorcycling New South Wales for their efforts as well.

“The continuing growth of women in the sport is something that we at Motorcycling Australia fully back. I hope we see more events like this in the future and see growth in female participation as a result. Again, I want to thank all involved and congratulate them on a fantastic first Women’s Circuit Racing Academy.”

Alana Baratto, MA Board member and AWIM Chair: “We were thrilled to have so many women embrace circuit racing and join us across the weekend at Wakefield Park which included ASBK and of course, the very first Women’s Circuit Racing Academy.

“We were joined by our dedicated coaches as well as our volunteers and partners who are all just as passionate as we are to see more women participating in circuit racing. The smiles and laughter at the end of the day illustrated that not only did they gain new knowledge and skills, but also developed new friendships.

“All of that added up to a really successful day.” 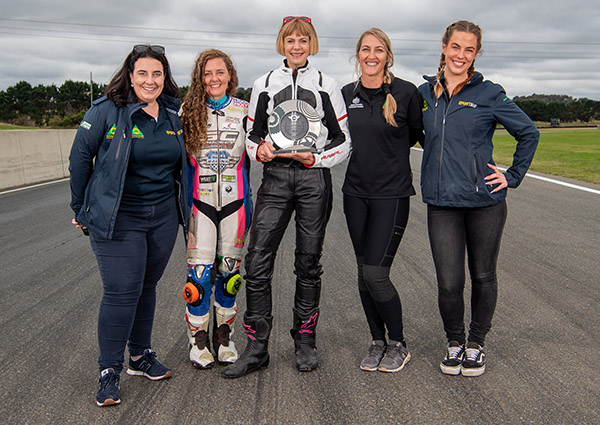