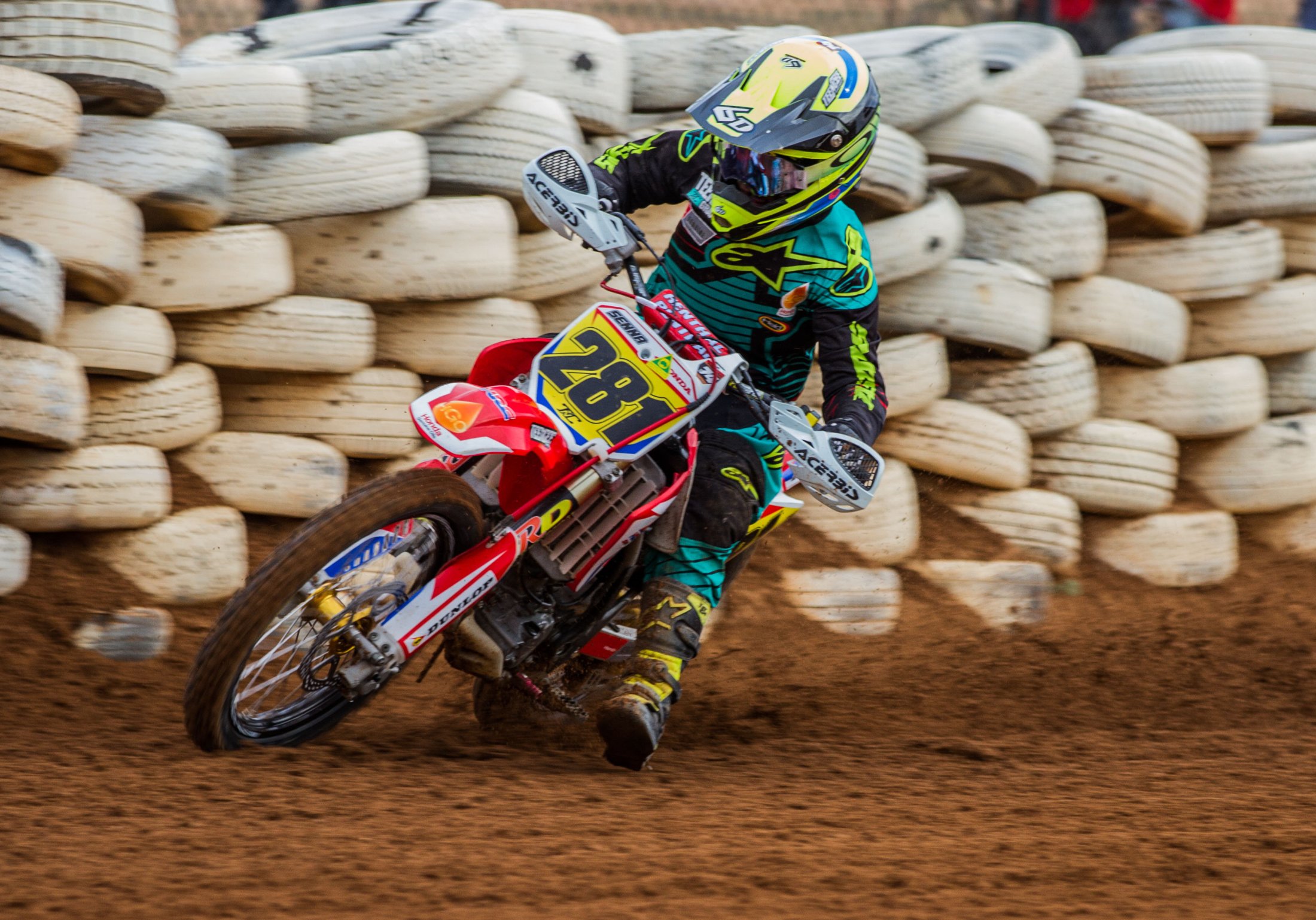 No Australian champions could be crowned after wet track conditions prevented any racing today on the planned second day of racing at the 2018 Australian Junior Dirt Track Championship meeting at Kurri Kurri.

The practice session and two rounds of competition were staged on Saturday before persistent light rain curtailed the action.

Unfortunately conditions did not improve overnight and officials made an early call on Sunday that racing was not possible allowing the many long-distance travelers to hit the road by mid-morning.

The Kurri Kurri Junior Motorcycle Club will now liaise with Motorcycling Australia to set a date when the championship can be finalised.

Racing in Saturday was, as expected, top quality.

With 13 championship classes to be decided – 11 to be decided by finals and the other two over five rounds – most of the fancied contenders were prominent on the scorecharts.

Stand-out performer was host club rider Ryan Smith who won all eight races he contested leaving him either the outright or joint leader on points in all four classes he entered.

Other host club riders to win both of their races in any class were Cameron Dunker, Noah Cardinale and Zane Hopkins, and that effort was matched by Queenslanders Riley Nauta, Harry Voight and Callan Davies as well as Tom Drane and Beau Bailey from Forbes and Jayden Holder from Kempsey.

That is obviously a great start for all those riders, but there is a lot of racing left before the championships will be decided, and of course the wait for Day 2!